Big Read 2017: The Things They Carried

During fall 2017, the Kansas City area's six public library systems join together for a community-wide reading and discussion of Tim O'Brien's seminal work about the Vietnam War, The Things They Carried.

The local edition of the 2017 National Endowment for the Arts (NEA) Big Read offers programs exploring veterans' war experiences, music of the period, Hollywood's handling of the war, comparisons of 1960s protests with present-day movements, writing about war, civil rights, and the era's cultural and political legacy. The initiative also coincides with the premiere of the PBS documentary series The Vietnam War, directed by Ken Burns and Lynn Novick.

About the Big Read

Fifty years ago, amid rising anger and unrest, America was grinding through its long, painful and ultimately unwinnable war in Vietnam. Nightly newscasts took grim account of the dead and missing. Nearly half the country considered it "a mistake." Weary and dispirited, Lyndon Johnson would announce within months that he'd end his presidency after a single term.

It played out against an iconic soundtrack—We gotta get out of this place—that reverberates to this day.

In a remarkable collaboration, the Kansas City area's six public libraries are revisiting that turbulent period in history through a community-wide reading and discussion of Tim O'Brien's seminal book The Things They Carried. This local edition of the 2017 National Endowment for the Arts (NEA) Big Read initiative features speaking presentations, film screenings, youth activities, and group discussions of O'Brien's evocative collection of stories about a fictional platoon of U.S. soldiers before, during, and after the Vietnam War.

The Things They Carried is a modern classic, a meditation on the Vietnam War by a former Army foot soldier who was drafted out of college in 1968, began a 13-month tour in Vietnam the following year, and returned home with a Purple Heart for a shrapnel injury suffered in a grenade attack. O'Brien's book consists of 22 interrelated stories illuminating both the physical horror and emotional toll of the conflict. It sold more than 2 million copies and made O'Brien a Pulitzer Prize finalist in 1991.

NEA Big Read KC offers a broad and illuminating examination of the Vietnam War era with signature presentations that delve into topics including the music of the period, Hollywood's handling of the war, comparisons of 1960s protests with present-day movements, and writing about war.

The Vietnam remembrance coincides with the September premiere of Ken Burns' latest documentary series, The Vietnam War, on KCPT-Kansas City PBS and other public television stations across the nation. Burns and co-director Lynn Novick kick off Big Read KC with a KCPT-sponsored appearance Sept. 8. The 10-part, 18-hour series begins airing on PBS on Sept. 17.

For details on all Big Read KC programs, activities, and other resources, visit bigreadkc.org. 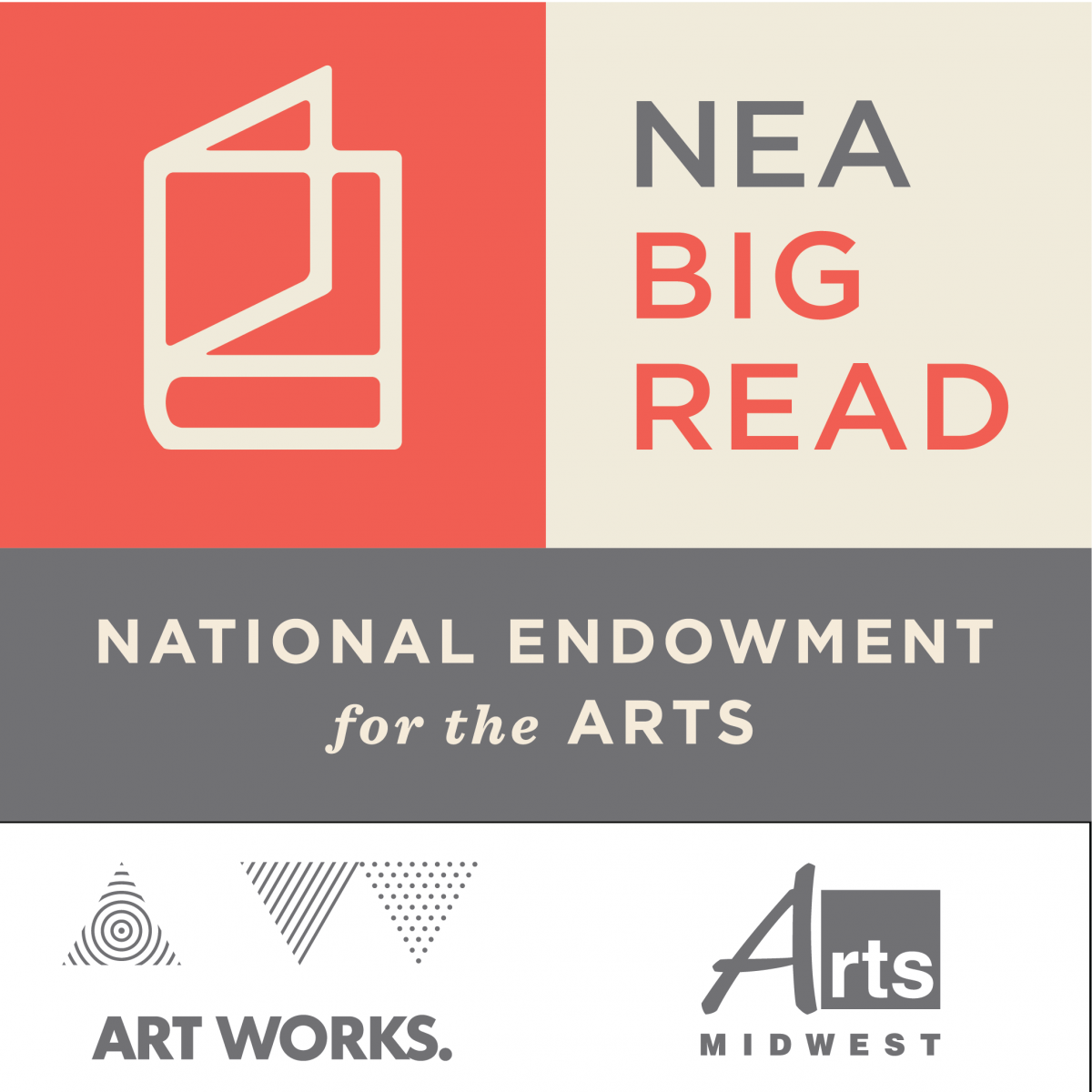 An initiative of the National Endowment for the Arts in partnership with Arts Midwest, the NEA Big Read broadens our understanding of our world, our communities, and ourselves through the joy of sharing a good book. Showcasing a diverse range of contemporary titles that reflect many different voices and perspectives, the NEA Big Read aims to inspire conversation and discovery. 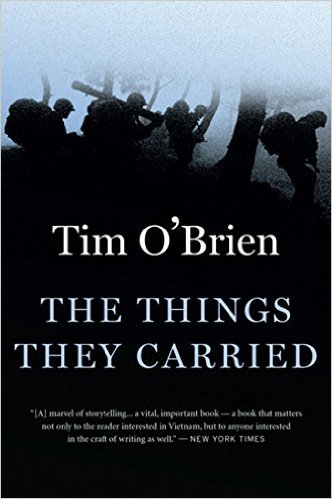 Tim O'Brien's The Things They Carried is considered one of the finest books about the Vietnam War. Far from a combat story of pride and glory, it is a compassionate tale of the American soldier, brimming with raw honesty and thoughtful reflection.

The book's narrator follows a platoon of infantrymen through the jungles of Vietnam. We see them trudge through the muck of a constant downpour, get hit by sniper fire, pull body parts out of a tree, laugh while they tell their stories to one another, and fall silent when faced with making sense of it all—both in the moment and twenty years later.

The Things They Carried is not just a tale of war, and the book's themes are no less relevant today than they were decades ago. This award-winning work is a brutal, sometimes funny, often profound narrative about the human heart—how it fares under pressure and what it can endure. 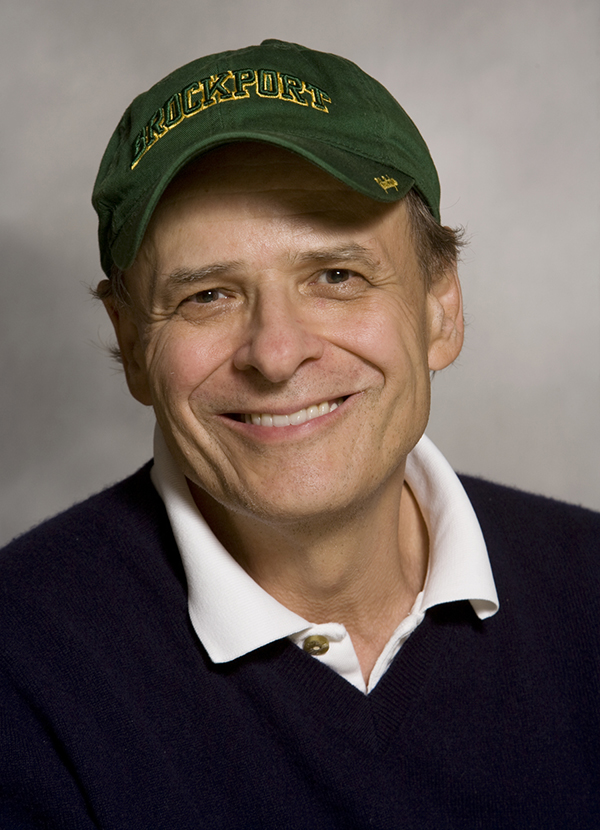 Raised in a small prairie town, Worthington, in southern Minnesota, Tim O'Brien attended Macalester College in St. Paul. He earned good grades, became student body president, and occasionally attended peace vigils and protests against the burgeoning war in Vietnam. Upon graduating in 1968 with a B.A. in political science, he thought of becoming a writer—inspired in part by his father's personal accounts of World War II battles at Iwo Jima and Okinawa, which were published in The New York Times.

Then he got his Army draft notice. O'Brien served a 13-month tour of duty in 1969-70 as a foot soldier with the 46th Infantry in Quang Ngai province, returning home with a Purple Heart after being hit by shrapnel in a grenade attack.

He first wrote about his war experience in a memoir, If I Die in a Combat Zone, Box Me Up and Ship Me Home, published in 1973 while he was pursuing graduate studies in government at Harvard University. O'Brien spent a year as a national affairs reporter for The Washington Post, then turned fulltime to writing books. The Things They Carried, released in 1990, was his third about the Vietnam War and made him a finalist for the Pulitzer Prize (won in 1991 by John Updike's Rabbit At Rest).

Big Read KC offers a wide array of programs that explore the legacy of the Vietnam War. The following list highlights a handful of notable Library events; you can find additional activities online or by contacting your local library or by visiting bigreadkc.org.

The NEA Big Read is a program of the National Endowment for the Arts in partnership with Arts Midwest.

Additional program funding provided through a partnership with the Missouri Humanities Council.