Post date:
Tuesday, December 7, 2021
A highlight of the Kansas City Public Library’s year was the February completion of the North-East Branch following its 18-month renovation.

During the work, which was done with input from the community, staff and many of the books in that branch’s collection occupied a former restaurant space just across the street in order to continue to meet patron needs.

“One of the things we love about this space is that the North-East Branch isn’t just a part of the community, it’s embedded in the community,” said Library Director John Herron.

The remodeled building not only features new books in multiple languages, but also a studio space for interactive, messy, and inspired creativity. 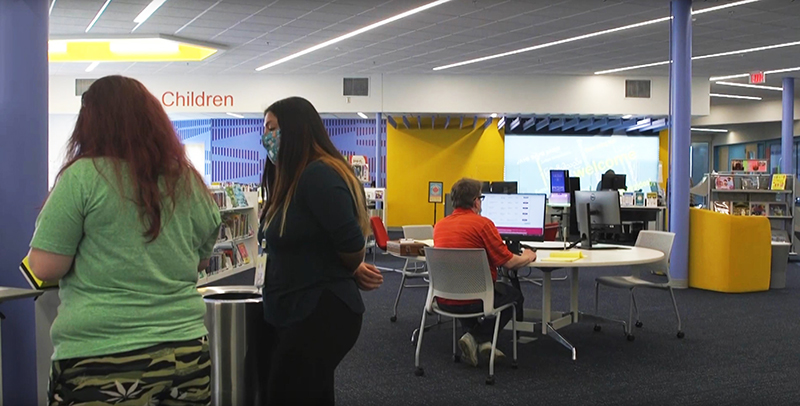 The Library’s Refugee & Immigrant Services & Empowerment (RISE) now has a dedicated classroom and meeting room in that location for refugees and immigrants to learn and become involved in their new community. RISE originally had its office at the Central Library but due to the higher refugee and immigrant population in the Northeast neighborhood, it made sense to move.

Community leaders like Kansas City Mayor Quinton Lucas, Library board member India Williams, and Kansas City Public School Board Treasurer Manny Abarca IV all sent their congratulations and well wishes on the new space. Find those messages and highlights of some of the new features in the following video:


Visit the North-East Branch   |   More about the improvements

These improvements were made possible in large part by voters’ approval of the Library Question levy increase in November 2018, and crucial additional funding came from the William T. Kemper Foundation, Sunderland Foundation, and Marion and Henry Bloch Family Foundation.