Southeast Library is currently closed due to building maintenance.

Latest at the Library

Community in Color: Library’s Digital Exhibit Spotlights Historic Northeast Murals
Last modified:
Tuesday, July 6, 2021
Colorful murals and other public art have become a distinguishing feature of the richly diverse Northeast area of Kansas City. Some 40-45 paintings now adorn businesses, schools and abandoned buildings that once were eyesores. They pop out in local parks. Along city streets. In tucked-away alleys.  More than 30 of those images are spotlighted in an exhibit, Community in Color: Murals of the Historic Northeast, at the Kansas City Public Library’s North-East Branch. The collection features high-definition, digitally displayed photographs of the murals and other al fresco artwork shot by Kansas City photographer David Remley.
Read more

When you think of Kansas City, you think of a – perhaps the – barbecue capital of the world. No matter the event, there’s a strong likelihood it will be marked by a backyard barbecue. For this installment of What’s Your KCQ?, a partnership between The Kansas City Star and the Kansas City Public Library, we respond to reader Marcia Hall’s question: Why is Kansas City associated with barbecue more than any other Midwest city? 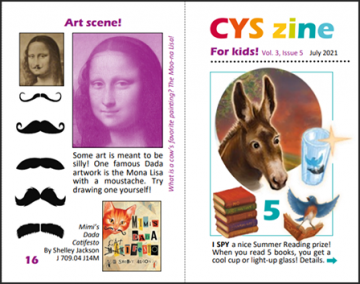 Taking a 'Cue from the Master: Henry Perry, Barbecue King of Kansas City
Last modified:
Wednesday, June 30, 2021
Henry Perry, the man who first assumed the title of Barbecue King of Kansas City, was born on March 16, 1874, in Shelby County, Tennessee. By 1908, he was in Kansas City selling smoked meats to downtown workers from a stand in the Garment District, eventually relocating to the east side at 17th and Lydia before landing at his famed 19th and Highland location. July 3 is Henry Perry Day in Kansas City; we take a moment to explore Henry Perry’s life and career through an article printed in the February 26, 1932, edition of The Call.
Read more

The Legacy of Lucile Bluford Lives On
Last modified:
Tuesday, June 29, 2021
Lucile Bluford – namesake of the Library's L.H. Bluford Branch – was a local civil rights leader and helped make The Kansas City Call one of the most important African-American newspapers in the nation. During July, The Library celebrates Bluford’s impact on the KC community and the nation at large.
Read more