Whether it's a sold-out arena concert featuring a big-name supergroup or a small, intimate show at a local dive bar, a live musical performance generates an inimitable song-listening energy. In celebration of good vibrations and the Library's music-centric 2018 Summer Reading program, Rock & Read, we've put together some note-worthy resources and recommendations and Library staffers' remembrances of their most magical concerts.

Tim Finn: A Look Back at Rockville


Local music critic Tim Finn has seen more than his share of live shows. During a presentation at the Library’s Plaza Branch on July 19, he talked up what he considers to be the five best concerts in KC’s history: 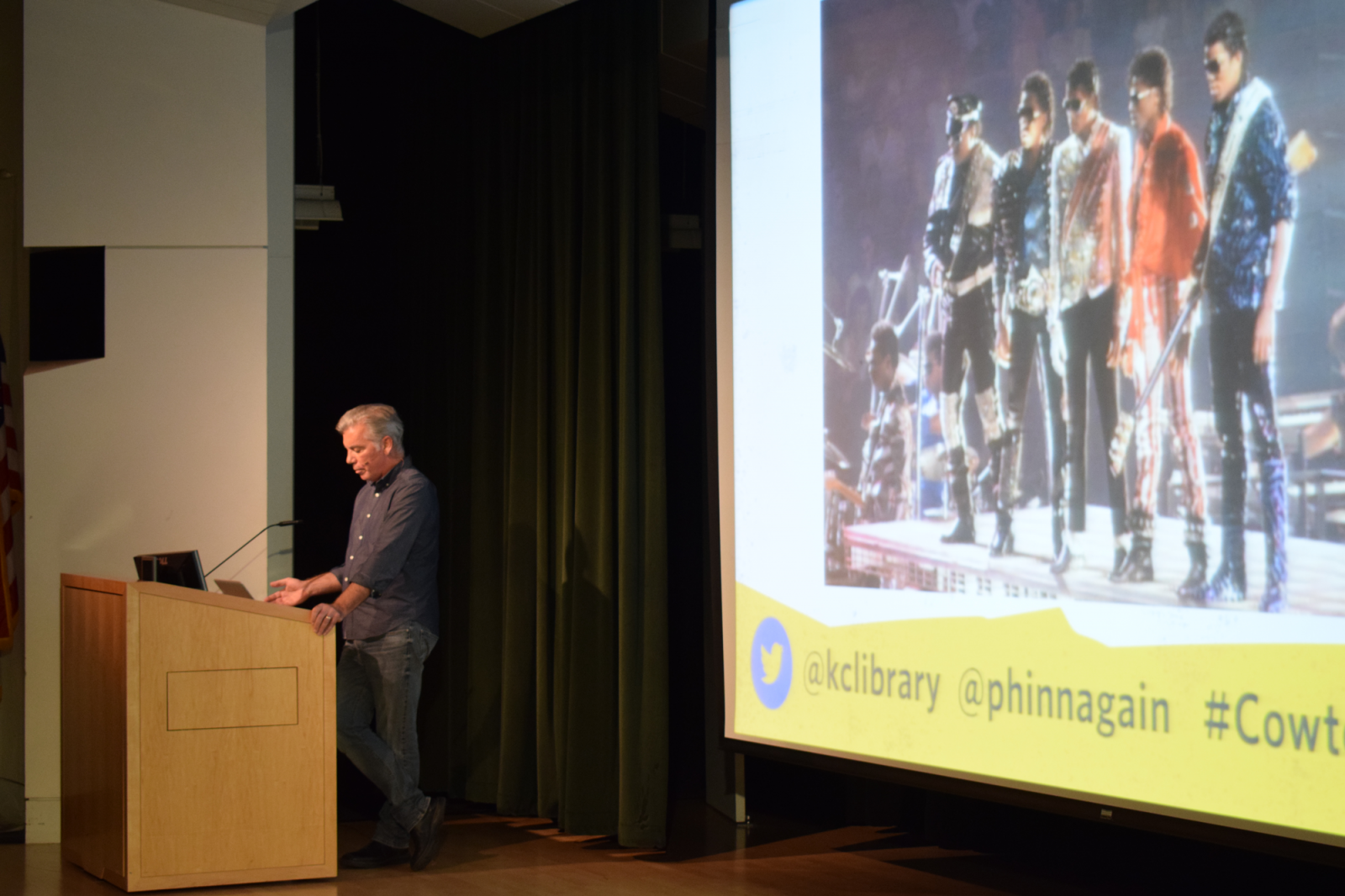 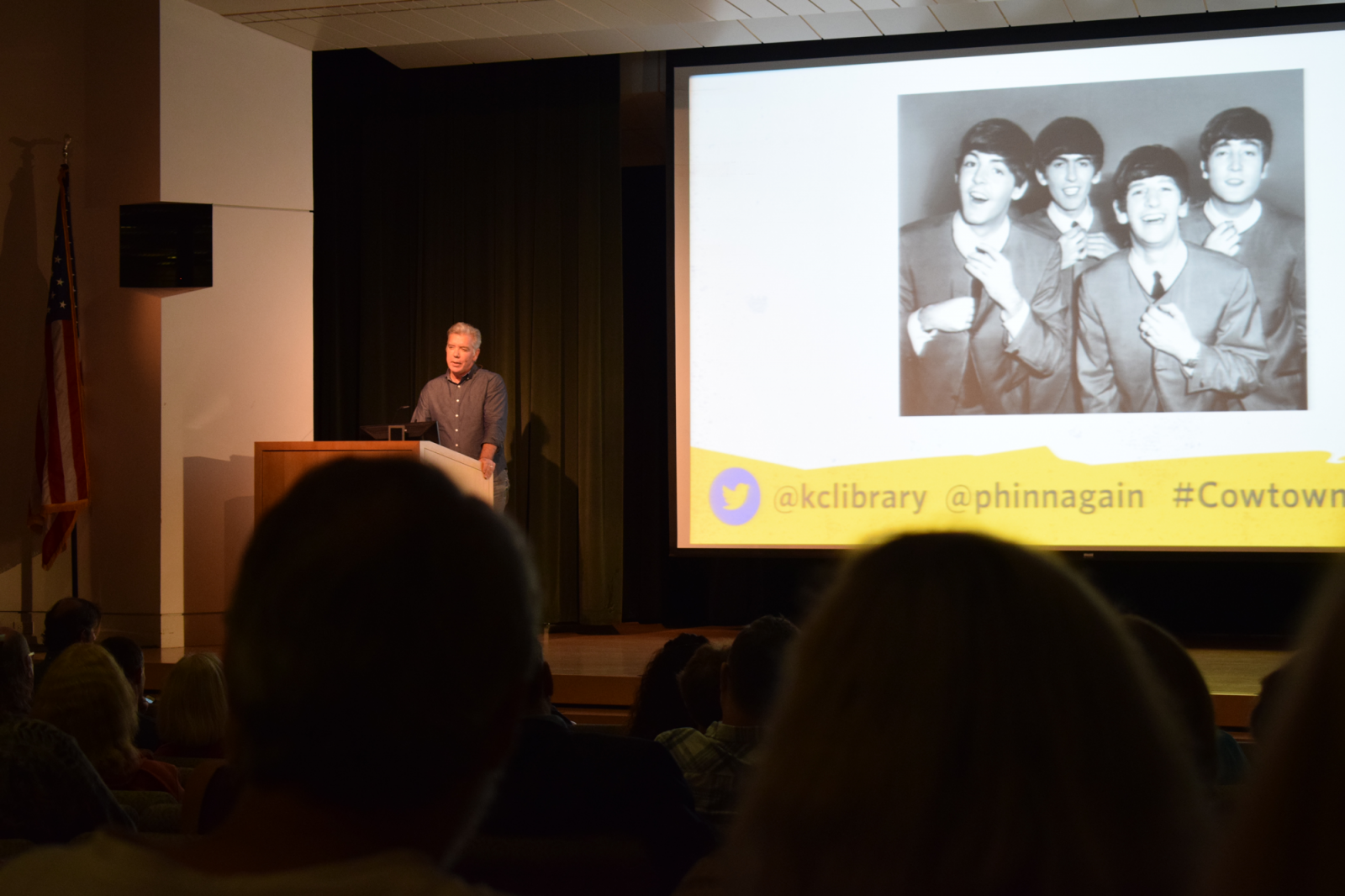 From Patsy Cline's final performance and the Beatles' one and only local appearance to the three-day world premiere of The Jacksons Victory Tour, Finn revisits some of Cowtown's most memorable concerts.

Is it live, or is it Library? Check out these documentaries about musicians, live concerts, music festivals, and the music industry.

Library staffers have attended their share of concerts. (What ... you thought we just sit around and read all day?) Several of our rockin’ colleagues have shared a few of their notable music memories below.

“My first concert ever at Red Rocks in Colorado: Huey Lewis and the News.”

“My dad is my concert buddy and we always go to local concerts together to listen to alternative rock. We went to see Phoenix at the Midland. During the encore, the lead singer of the band came out into the audience and he stood right in front of me and my dad! I reached out and touched him because I was so excited that he was right in front of us. Then, he motioned for my dad to lift him up, so my dad did and he was standing on my dad's shoulders with the help of other crowd members. It was one of the craziest moments in our concert history together! The concert was really great and Phoenix put on a perfect show. We plan on seeing them again when they come back through Kansas City.”

R.E.M's Chronic Town concert at the first Parody Hall. I talked to Peter Buck in between sets and then ran into the band at Sanderson's after the show.”

Documentary film recommendation: I Dream of Wires (2015, NR) explores the rise, fall, and resurrection of the modular synthesizer in popular music, from the late '60s to the synth-pop of the '80s and today's House electronic music. It features interviews with Trent Reznor, Gary Numan, James Holden, and Factory Floor, with a soundtrack by Solvent.

Watch it on hoopla >

“December 8, 1995, my friend Diana and I were driven in a snowstorm to Q101’s Twisted Xmas 2 at the Rosemont Horizon outside of Chicago Illinois. At the time it was the biggest venue I had ever been in. Before the show, Porno for Pyros had gotten their equipment stolen at O’Hare, so they had to play an amazing and strange acoustic set with borrowed instruments to open the show. Silverchair swung their hair and played the hits from Frogstomp and made us miss Nirvana. Diana and I held hands during most of their set. The real highlights were White Zombie, who played their hit "More Human Than Human" toward the end of their set and sent the whole place quaking and sweating. Tripping Daisy and the then-18-year-old and newly successful Fiona Apple were also there. Oasis was great to sing along to, but they lacked a certain charisma with the audience and seemed a bit cold. The real unexpected highlight was Alanis Morissette, who was surprisingly on point, and who wailed and was the only person who stage dove. I screamed along to every lyric I knew and lost my voice. It was one of the best concerts I’ve ever been to in my life.”

“I saw Weird Al Yankovic in concert once. There's not much of a story here. It was just one the best and most fun concerts I've ever been to. He is a treasure, and should be cherished.”

“I saw Tracy Chapman out at Starlight. She just played and sang, no filler, and I like filler, the stories that people tell in between hearing the songs I love, so that was a bit notable to me that she did not. And it was so cool to watch the moon rise as she sang. Pretty much directly over where she sat.”

“The first time I saw Dar Williams perform was in this church up in Lawrence. I was on call that night, and of course someone paged me. Well before cell phones were a thing, I’d asked the guy at the door prior to the show if they had a phone I could use if I should get paged. He assured me that he’d help me out. When I went to find him, Dar was using it. She was really gracious about jumping off so I could attend to the call. That’s always stuck with me.”

“My friend Kelsie Clark  had an amazing concert where she performed both cover songs and those she wrote herself.”

“The first time I saw 5 Seconds of Summer, they were still the opening act for One Direction. I was going to school in Chicago and wasn't planning on seeing them because I wasn't a huge fan of One Direction (though I love Harry Styles to no end). My younger sister, on the other hand, loved One Direction so about two weeks before the concert, I called and told her if she could buy her plane ticket, I had saved up enough money that I would buy her concert ticket and I'd take her to One Direction. With the help of my mom, we both got concert tickets and her plane tickets for the weekend up in Chicago. They played at Soldier Field (Chicago's football stadium) and we were four rows from being at the very top of the stadium, but it was still the greatest concert I had been to in a while and wouldn't change it. I've since seen 5 Seconds of Summer five more times, but I will always remember my first.”

“My favorite concert memory is seeing the world's ‘most romantic piano sensation, Jim Brickman, because it was one of the first dates my now-husband and I went on (he surprised me with tickets so it was extra sweet). We still continue to go see Jim Brickman to this day when he's in the KC area; he's a great performer and so charismatic and interactive with the audience.”

“I went to an outdoor concert at Stern Grove in San Francisco with some friends -- I'd never heard of Rebirth Brass Band before, but it was the BEST show!  They had everyone up and dancing the whole time. Their first set was playing "It's All Over Now" by the Rolling Stones for 45 minutes straight, but with tons of improvisation throughout so it stayed fresh and incredible the entire time.”

“Mary Chapin Carpenter. My daughter won free tickets, but I was a fan and would have probably gone anyway. While not blessed with many 'hits,’ she is a master storyteller tapping into universal experiences with minimal instrumentation. The band members she had with her that night were masters of their craft and perfectly complemented her songs with every note played (and unplayed). The setting was quiet, and the audience sat in rapt enjoyment as the night unfolded and ended much too soon. The music I heard that night was powerful enough to reach the balcony seat I had and beyond.”

“It's a tie: 2002 Sleater-Kinney at the Roxy in Boston with Yeah Yeah Yeahs opening for them. And 2011’s Watch the Throne tour with Jay-Z and Kanye West.”

“I love Train (another 'guilty' pleasure, as a lot of people make fun of them), and they were fantastic at Starlight a few years back. You could tell they were genuinely kind and awesome. They interacted with the audience so much. If you were lucky enough to be in the front, he'd grab your phone and take a selfie from the stage with you without missing a beat. But the real revelation was the opener, Michael Franti and Spearhead. We all knew maybe one song by them, but weren't really sure what to expect beyond that. Let me tell you, that was one of the most high-energy, amazing shows. He was ALL OVER Starlight, running up and down the aisles with his guitar. Showing love to the cheap seats. Standing on chairs and leading singalongs of fantastic music. I won't forget it.”

“I saw Devil Wears Prada and A Day to Remember perform back-to-back. I have never been in a crowd that was so electric. There were thousands of people all going absolutely insane for these bands. It was hard to even move, but everyone just wanted to experience the depth of the songs and the lyrics and the environment.”

“David Bowie - Serious Moonlight Tour; and standing with my hand on the stage near Stevie Ray Vaughan. Also Talking Heads at an outdoor Chicago venue with so much dancing the dust lent an eerie scene when the lights turned on the audience.”

"You never forget your first rock and roll concert, right? Mine was Joan Jett and The Blackhearts at Memorial Hall in Joplin, Missouri, 1982.”