Throughout November, discover the rich history, ceremonies, and storytelling traditions of the Indigenous peoples of North America as part of Native American Heritage Month.

Although recognition of the significant contributions the first Americans made to the establishment and growth of the U.S. began in the early 20th century, it wasn't until 1990 when President George H.W. Bush approved a joint resolution designating November “National American Indian Heritage Month.” Learn more about the  rich tribal histories, ceremonies, and oral storytelling traditions of the Indigenous peoples of North America with these resources.

Celebrate stories and traditions with this collection of picture books.

Different perspectives of the Native experience for young readers.

Get immediate access to eBooks featuring Native literature and history through hoopla. 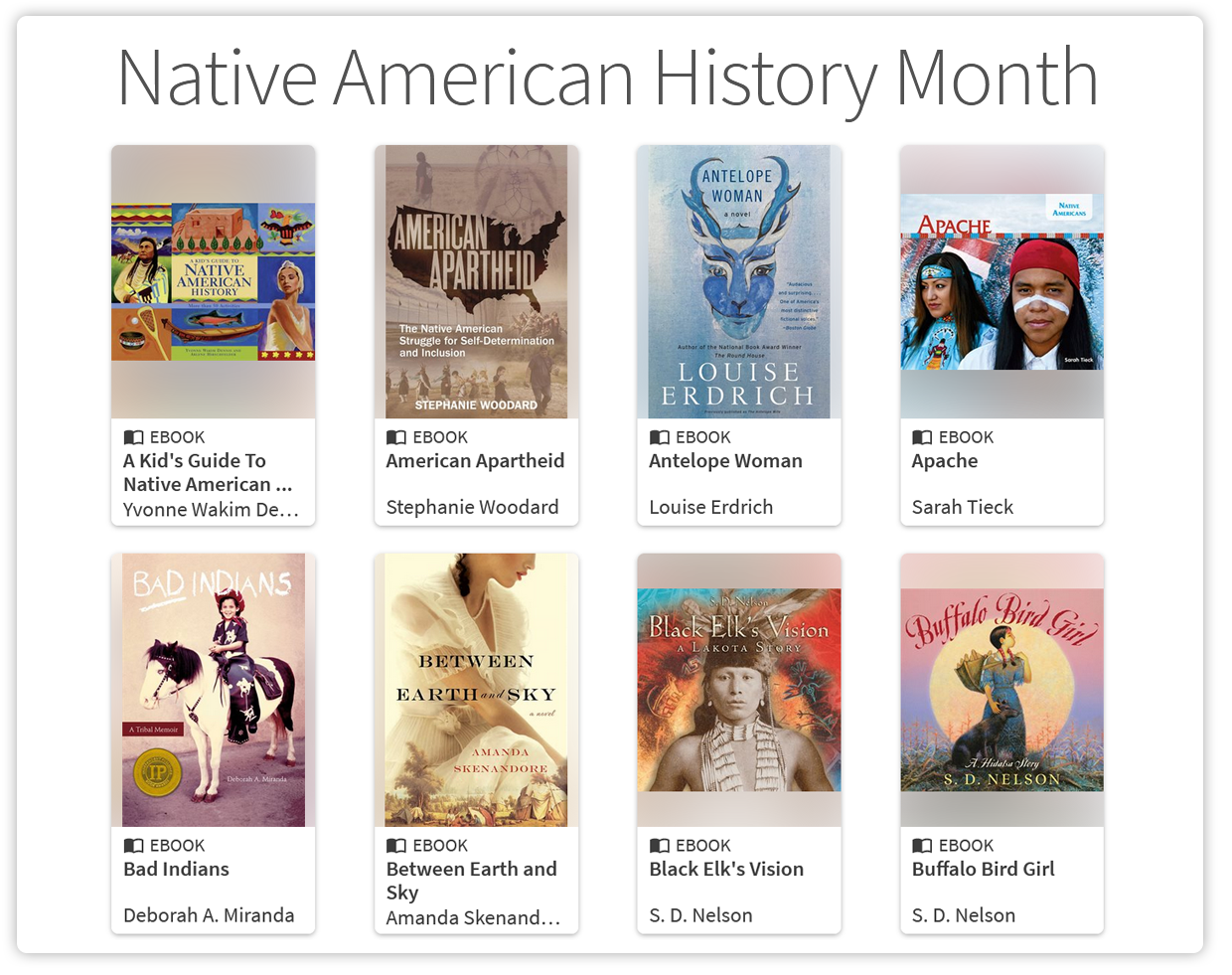 One of the first two Native American women elected to the U.S. House of Representatives, and the first openly LGBTQ representative from Kansas, Rep. Sharice Davis discussed her new picture-book autobiography in an online program hosted by the Library on October 11, 2021, in observance of Indigenous Peoples Day.

Davids,  a member of Wisconsin’s Ho-Chunk Nation, was joined in conversation by her two collaborators on her book. Illustrator Joshua Mangeshig Pawis-Steckley, a member of Wasauksing First Nation, is an Ojibwe Woodland-style artist from Barrie, Ontario, and co-writer Nancy K. Mays is an adjunct professor of journalism at the University of Kansas whose writing has been published in Ploughshares, the Colorado Review, and Mid-American Review, among other publications.

In an online discussion of his book Red Alert! hosted by the Library on March 10, 2021, Haskell Indian Nations University’s Daniel Wildcat offered an avenue of response to climate change: Apply Native American wisdom and nature-centered beliefs to the strategy for rescuing our ecologically distressed planet. Wildcat, a Yuchi member of the Muscogee Nation of Oklahoma, is a professor in the Indigenous & American Indian Studies program at Haskell in Lawrence, Kansas. He is also co-founder and co-director of the Haskell Environmental Research Studies Center and co-author of two other books, including Power and Place: Indian Education in America.

Spanning four centuries and covering North and Central America, American Indian Histories and Cultures presents unique materials from one of the finest archival collections on American Indian history and culture available – the Edward E. Ayer Collection at the Newberry Library in Chicago. From early contacts between European settlers and American Indians and the subsequent political, social and cultural effects of those encounters on American Indian life, these materials tell both the historical and the personal stories of the colonization of the Americas.
EXPLORE