Books + Music + Movies + Digital
Events + Classes + Activities
Research + Resources
Kids + Teens
Chat, Phone and Email support will not be available from Sat. May 23 to Monday, May 25 due to staffing constraints over the Memorial Day weekend. Pop In / Pick Up service is still available from Plaza & Waldo on Saturday.

Night of the Assassins

Germany’s defeat in World War II was inevitable by late 1943, but Adolf Hitler supposedly had an audacious plan for softening the final terms: dispatching a team of hand-picked Nazi commandos to Iran to kill Franklin Roosevelt, Winston Churchill, and Joseph Stalin, then hoping for less hard-line replacements. The Allies’ Big Three – leaders of the U.S., Great Britain, and the Soviet Union – were to meet for the first time in November, in Tehran.

Author and journalist Howard Blum walks through the riveting story of Operation Rösselsprung, or Long Jump, and its ultimate undoing in a discussion of his newly released book Night of the Assassins: The Untold Story of Hitler's Plot to Kill FDR, Churchill, and Stalin. There are doubts about the true extent of the Nazi threat. But Blum details the hit team’s parachuted arrival in Iran and a tense game of cat-and-mouse between Mike Reilly, the head of Roosevelt’s Secret Service detail, and the German foreign intelligence officer who planned the potentially shattering attack.

Blum is a contributing editor for Vanity Fair, a former Village Voice and New York Times reporter, and the author of more than a dozen nonfiction books. His presentation, co-presented by Rainy Day Books, can be watched live online at YouTube.com/kclibrary. 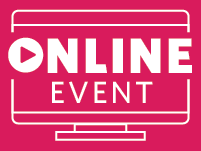