Question: Why was the River Quay given its name in years past?

The name River Quay (pronounced “key”) harkens back to the settlement of fur trader François Chouteau, who established a landing post in the 1820s near today’s River Market. Quay, a word of Old French origin meaning “loading platform” or “wharf,” was used to describe the natural rock ledge that served as a landing place for steamboats delivering cargo to the burgeoning towns of Westport and Independence. With Westport’s rapid development in the 1830s, Chouteau’s riverfront post soon became known as Westport Landing. By 1850, the area’s residents had incorporated as the Town of Kansas, making it the original townsite of Kansas City. 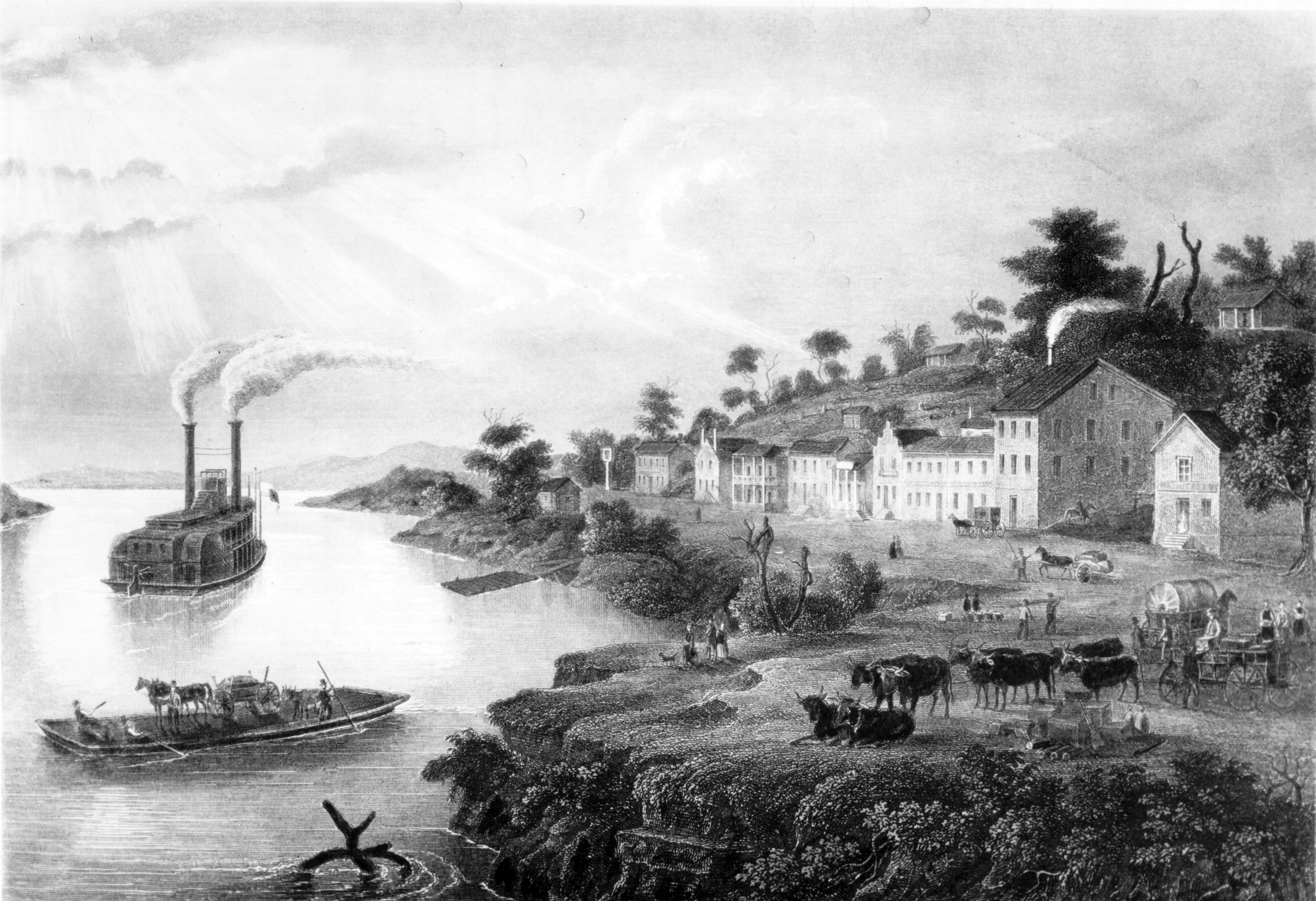 The use of the term “quay” was revived over a century later when developer Marion Trozzolo renovated the decaying River Market district in the 1970s. A variety of factors had led to the area’s decline during the early twentieth century, including the 1903 flood and the southward relocation of the new Union Station. Though the City Market and a few other businesses remained, the neighborhood was rather desolate by the time Trozzolo arrived in Kansas City. Eager to both rescue historic buildings and capitalize on their economic potential, he began purchasing property with the plan to create an entertainment district akin to Chicago’s Old Town. He named this new venture The River Quay. 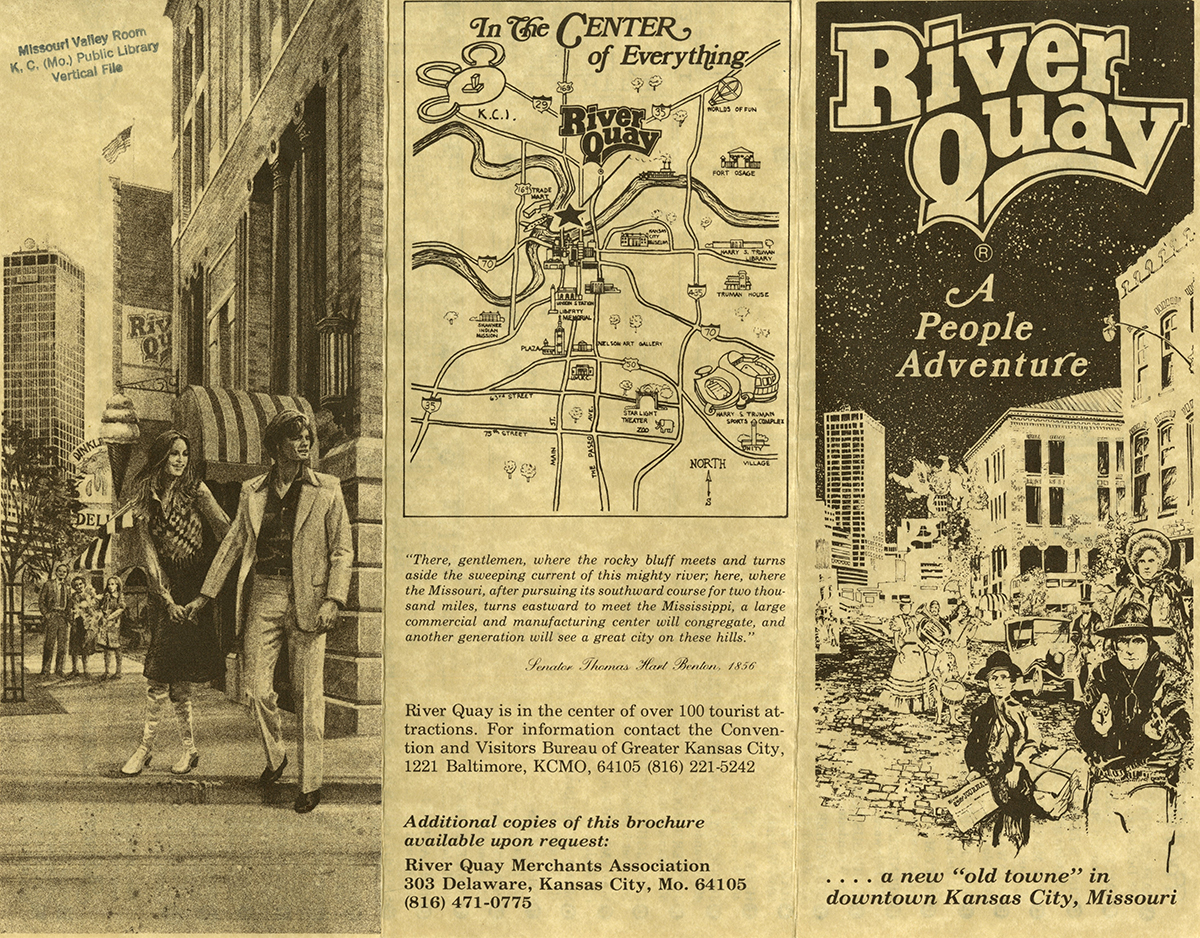 This 1975 brochure contains a walking tour map highlighting the many attractions offered during the height of River Quay’s popularity. This and other brochures can be found in MVSC’s vertical file.

By 1972, Trozzolo’s dream had become a reality. The restored River Quay was filled with new shops, restaurants, galleries, and nightclubs, and it continued to grow in popularity over the next few years. A promotional brochure from the time boasts of the Quay’s impact and alludes to the days of Chouteau:
“River Quay will be a success. It is reversing urban blight, saving historic buildings, restoring architectural unity, and influencing people to return to the city. Wander along its streets with the ghosts of those who founded Kansas City and with the people who today present us with renewed faith in its continuing vitality. It is fashionable to be in River Quay again!” 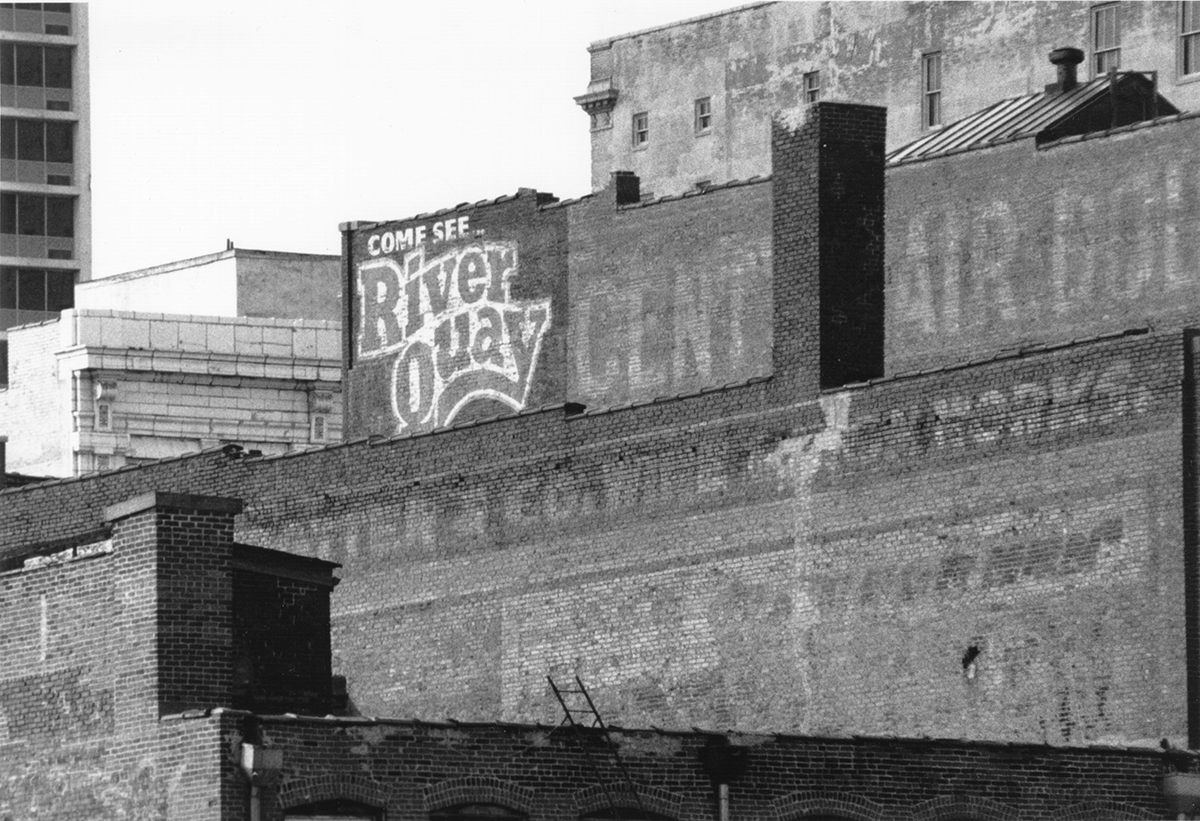 A weathered River Quay building sign near 13th and Main, 1991, from the General Photograph Collection (P1).

Unfortunately, the immediate success of Trozzolo’s River Quay was short-lived. By 1977, hardly any reputable businesses remained. Cash flow problems and disputes between property and business owners contributed to its decline. However, most locals remember the presence of organized crime as the Quay’s ultimate cause of death. That’s a whole other story.

Eager to learn more on this topic? You can access the resources used for this article in the Missouri Valley Room, including the River Quay vertical file and the book Kansas City and How It Grew, 1822-2011 by James Shortridge.