What's Your KC Q? How Kansas City Got its Name

Question: Why was the city named "Kansas City" rather than for the state in which it is located, Missouri?

It sure seems like Kansas City ought to be named Missouri City, doesn’t it? Although, our neighbors to the north in Clay County where the actual Missouri City is located might have something to say about that. To better understand why Kansas City was given its name, we must first gain an understanding of why a city was established here, and also what was going on in the world at that time. John McCoy opened a store in Westport in the early 1830s and began outfitting travelers setting out on the westward trails. McCoy, along with other Westport merchants, recognized that shipping costs would shrink if goods could be landed along the Missouri River and transported the short distance south to their shops, rather than bringing them overland from Independence. 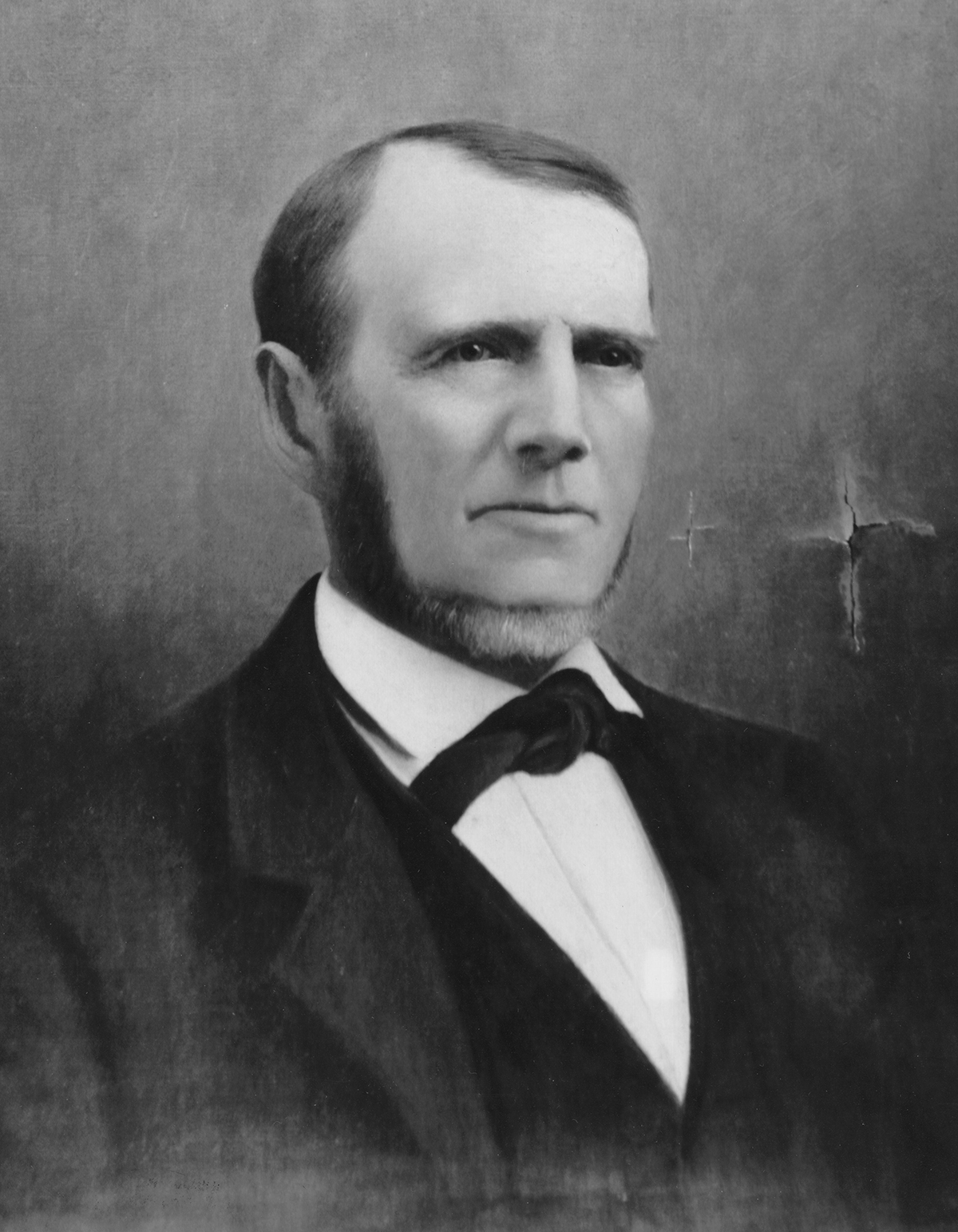 Portrait of John C. McCoy, n.d.
In 1834 the group requested that their supply order be unloaded along a limestone ledge roughly located where Grand Boulevard would meet the river. And with that, Westport Landing, the future site of Kansas City, was born. 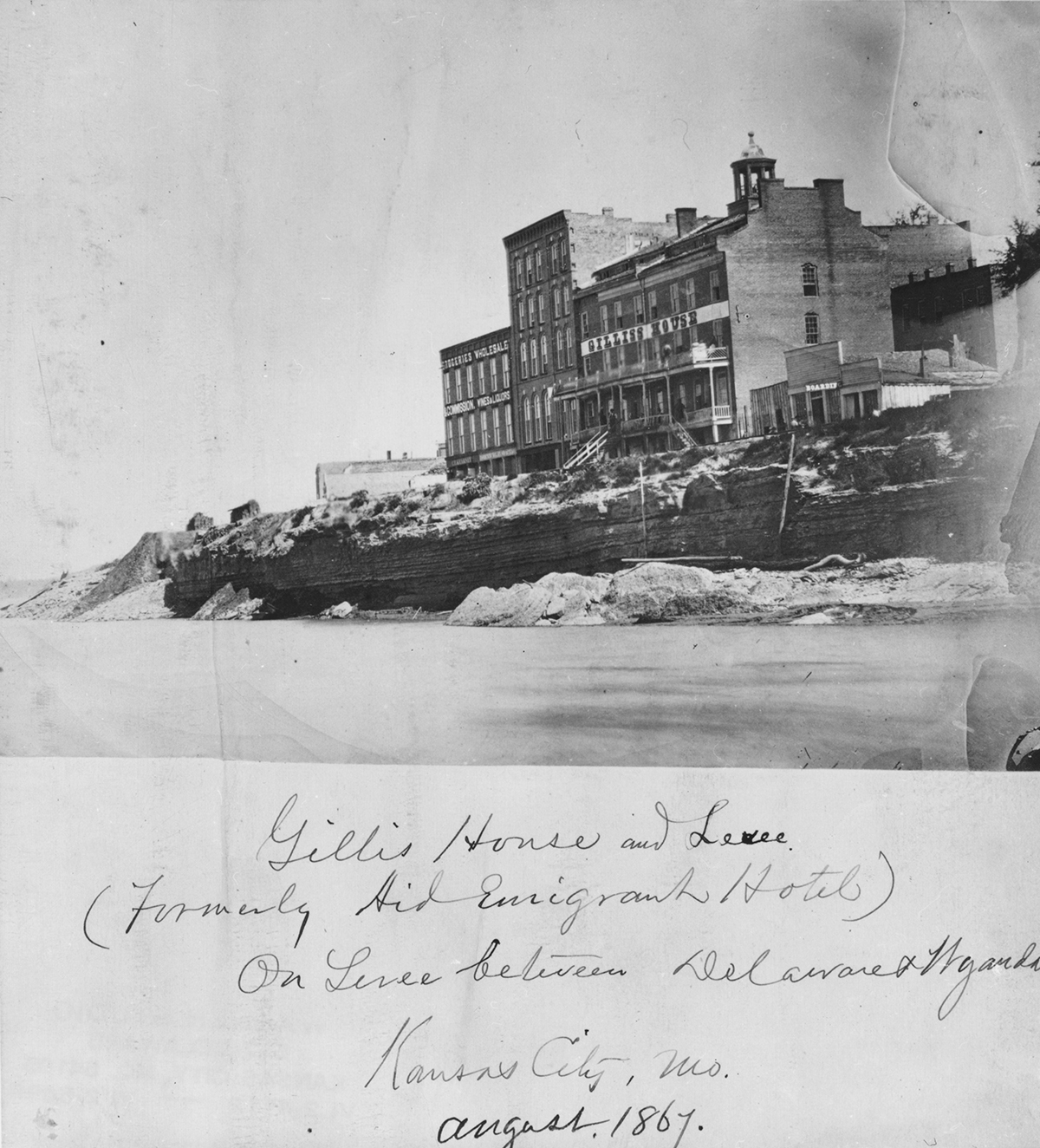 Limestone ledge that became known as Westport Landing, 1867
The land that made up the original townsite was purchased in 1831 from the federal government by Gabriel Prudhomme, an early resident of French descent. His 257-acre estate stretched from the riverbank south to Independence Avenue, and from Broadway east to Troost. Prudhomme passed away later that year and left his land to his family, who maintained possession of it until one of his children decided to sell her portion in 1838. A group of investors, including McCoy, banded together with hopes of establishing a town at the commercially advantageous site. 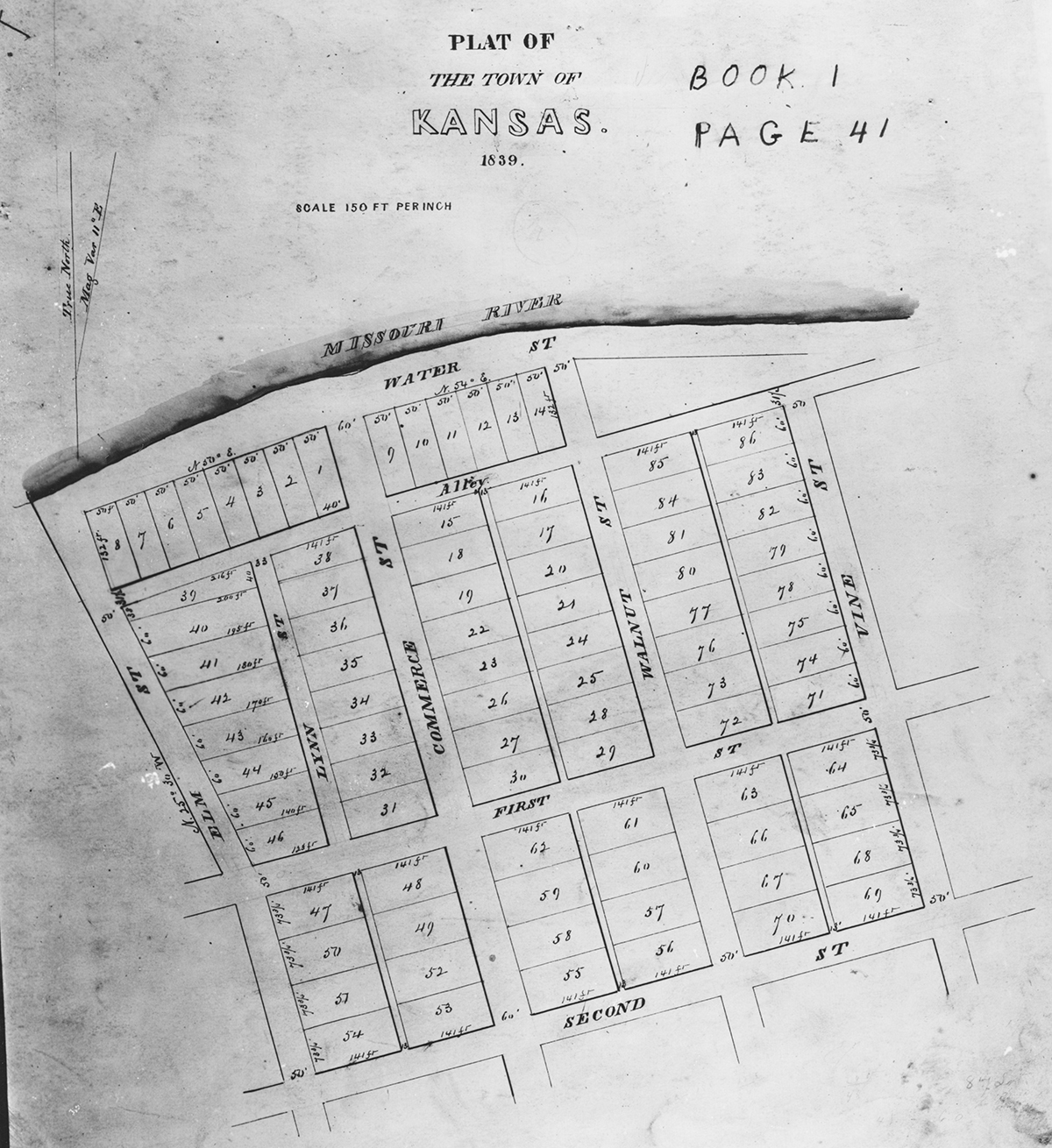 Original plat map for the Town of Kansas, 1839
An excellent summary of these early events can be found in James Shortridge’s Kansas City and How it Grew, 1822-2011. With a town company formed, the group turned to the task of naming their prospective city. In her seminal 1908 work, Kansas City, Missouri: Its History and Its People, librarian and historian Carrie Westlake Whitney provides an excellent summary of how the city’s name was decided:

The proprietors decided to call the town "Kansas" after the Kansas river. The river was named after the Kansas Indians who lived along the banks of the stream. The Kansas Indians' name for themselves was "Kanzas," pronounced by the French traders "Kahns" a term that finally was adopted by the American settlers. In regard to the naming of the town, Charles C. Spalding makes this explanation in his "Annals of the City of Kansas," published in 1858:

"Many persons, particularly the citizens of Kansas Territory have of late charged the citizens of Kansas City with 'stealing the name Kansas.' It is therefore due to ourselves to explain the matter. "When Kansas City was first selected as a town site, and the survey made, (in 1838) it was agreed, by the then proprietors of the town, that it should be called ' Kansas,' inasmuch as it was situated at the mouth of the Kansas river. Some suggested the name of ' Kawsmouth' ; but it was finally agreed that the name of the place should be Kansas. All of the territory to the west being at that time known as the Nebraska Territory. "It is evident, therefore, that no 'stealing' has been done on our part, for the purpose alleged by these persons, viz. : 'to convey the idea that this city is situated in the Territory of Kansas,' for no such Territory was known in the geography of our country till Kansas City had come to be a place of considerable trade."

What came to be known as the "Kansas Territory" would have been known to the investors as the Nebraska and Indian territories in the late 1830s. The same would have been true in 1850 when Kansas City was officially incorporated. 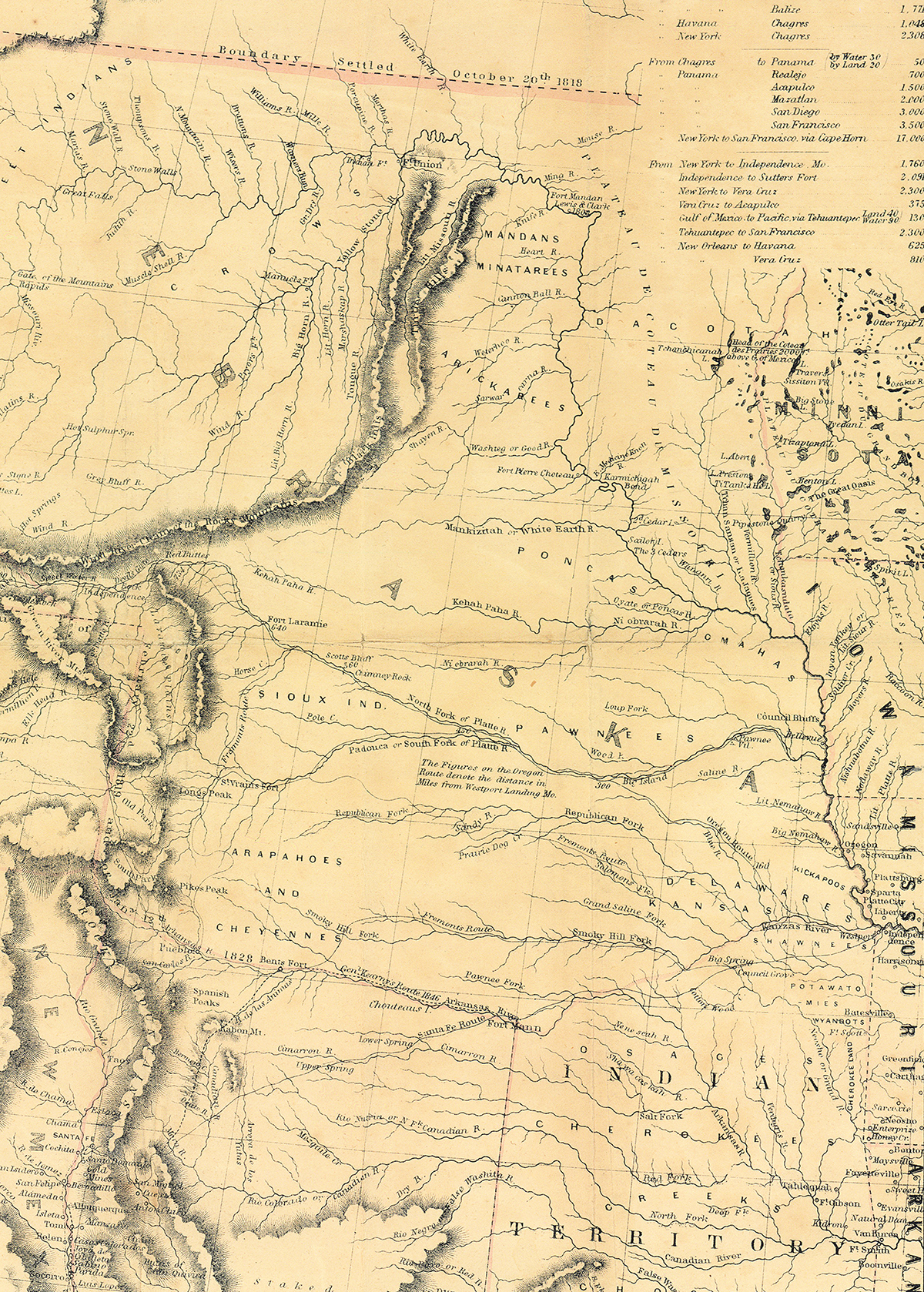 Map showing the vast expanse of land west of the townsite, 1849
It would take passage of the Kansas-Nebraska Act in 1854 for the area to be subdivided into two distinct territories, a measure aimed at satisfying slave interests. Nebraska would be destined to join the Union as a free state while voters in Kansas would be left to peacefully decide the slave issue. We all know how that went. So, there you have it – the idea of popular sovereignty not only led to the period of pre-Civil War border violence known as Bleeding Kansas – it’s also the reason many can’t seem to keep their Kansas cities straight. -- Answer written by Michael Wells, Collections Librarian in Missouri Valley Special Collections