You’re driving along State Line Road and the thought hits you, “Am I in Kansas or Missouri?”

The answer to John Cisetti’s submission to “What’s your KCQ?” isn’t that simple. He actually asked a three-part question: “Are there other cities divided by a State Line Road? Does the state line really run down the middle? Who is responsible for maintenance?”

“What’s Your KCQ?” is an ongoing series in which The Star and the Kansas City Public Library partner to answer readers’ queries about our region. We find most of our background in The Star’s archives, and the library provides information and photos from its files.

The answers to Cisetti’s questions range from straightforward to not so much.

“Yes” to the first, “sometimes” to the second and “depends” to the third.

Another State Line Road briefly divides Niles, Michigan, on its border with Indiana. Streets with that name also run through Lawrenceburg, Indiana (border with Ohio), and Clarksville, Tennessee (border with Kentucky), among other places. None is in a major metropolitan area or is as long as our State Line Road.

The best comparison to Kansas City probably is a State Line Avenue that extends about 11 miles and divides Texarkana, Texas, and Texarkana, Arkansas.

That’s slightly less than the length of State Line Road in Kansas City.

Our street actually starts and stops a couple of times in the West Bottoms before pausing again at 25th Street. It then returns in earnest at 35th Terrace and runs all the way to 135th Street, where it swerves into Kansas as Kenneth Parkway. State Line Road reappears several times south of the city.

During its trek, it usually follows the actual state line. At times the street departs a bit from the official dividing line, but at 103rd Street it swerves markedly (more than 100 feet) into Kansas until crossing over Indian Creek. There are no businesses in the resulting limbo land, but a stretch of the Indian Creek Trail that is east of State Line Road legally lies in Kansas.

Which is not a big deal, unless a crime were to happen there. More on that scenario (in a different location) later.

As for maintenance of State Line Road, that is a shared proposition between Kansas City and the municipalities lying across the border. By far the biggest chunk — from 81st Street to 135th Street — abuts Leawood.

Leawood is responsible for snow removal, roadway surfacing (including pothole repair), traffic signals and other maintenance of State Line Road north of Interstate 435, and Kansas City handles them south of I-435. 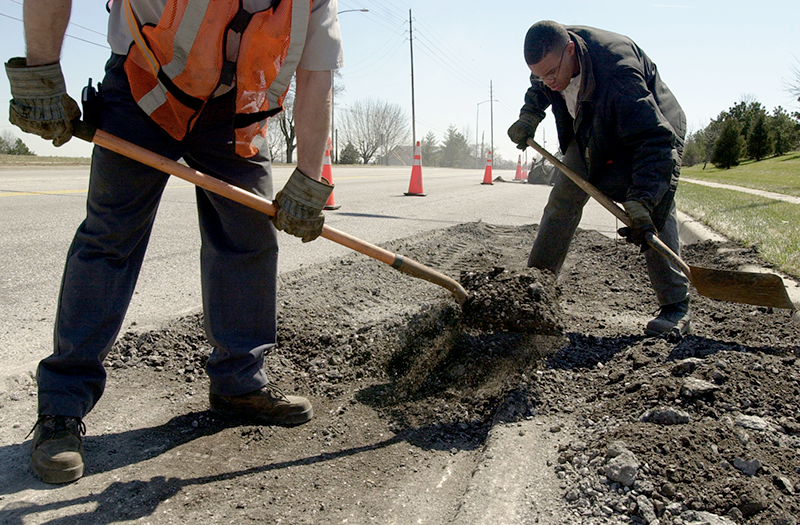 So, if you’ve seen that picture showing a snow-covered Missouri half of State Line and a clean-as-a-whistle Kansas half, that almost certainly occurred when a Leawood or Kansas City crew had not yet completed its circuit.

Some overlap occurs, however.

They’re on the road anyway. I tell them to go ahead and drop their plows,” Ley said. 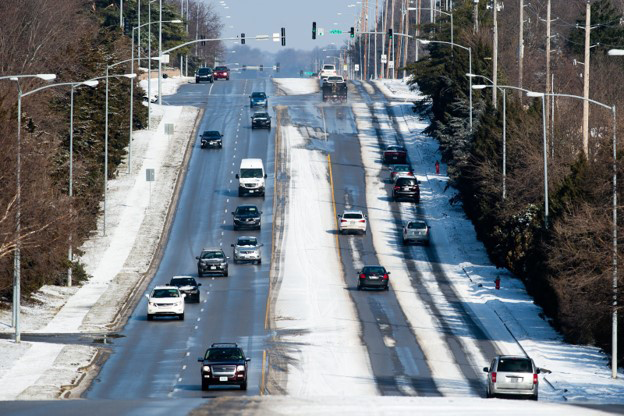 State Line Road shows how well streets are plowed after a winter storm. The Kansas side was cleared, but the Missouri side still had snow. Shelly Yang

Fixing potholes isn’t quite so simple, and the cities typically stick to their agreed upon areas. Ley discovered earlier this spring, however, that Kansas City crews had repaired potholes in Leawood’s maintenance area on State Line Road — but only in the northbound (Missouri side) lanes.

A more serious matter is the law-enforcement situation along State Line Road.

The tales from the 1930s and ’40s of the State Line Tavern and the Last Chance Tavern straddling the state line along Southwest Boulevard to take advantage of the two states’ differing liquor and gambling laws are fairly well known. (KCQ wrote about them in September.)

But there is no State Line Road in that part of town.

Law-enforcement responsibilities on State Line Road can be tricky even where the state line runs down the middle. The Star reported about a car accident in 1954 that involved officials from both sides of the line: Two cars collided at 36th Street in the northbound lane (Kansas City police) and a third car swerved to avoid the wreck and hit a southbound vehicle (Kansas-side police).

The issues become more muddled in the areas where State Line Road veers off the state line.

The prime area of complication is between 80th and 85th streets, where Kansas encroaches across State Line Road. Ley said the driveways of several businesses on the east side of the street are in Kansas.

The historic house lies entirely in Missouri, but its front yard is mostly in Kansas. Alexander Majors built the house, which also served as headquarters for his freight company, in 1856 as close as possible to what was then the nation’s western border. 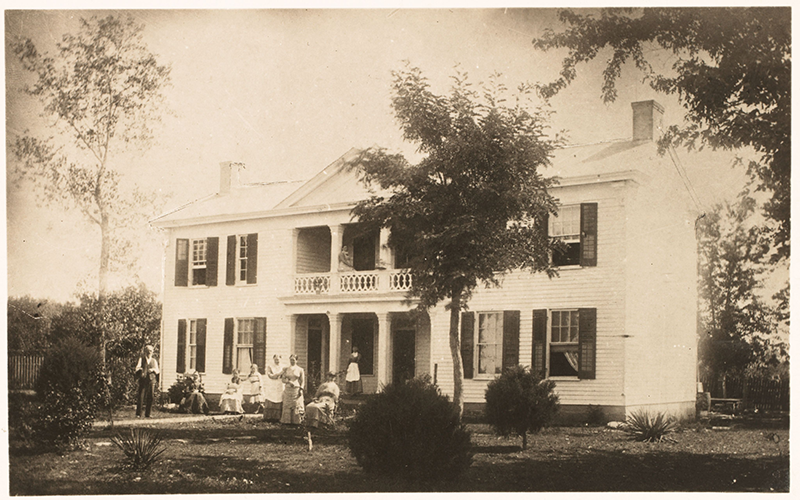 The successful application for the Alexander Majors House to be included on the National Register of Historic Places in 1970 said, “The state line passes approximately 16 feet in front of the house proper. … Missouri’s nomination to the National Register of Historic Places will include only that portion of the property located within the State of Missouri.”

A 1984 article in The Star described two serious crimes in this section of State Line Road that caused cross-state confusion.

In 1980, a woman was abducted at Ward Parkway shopping center in Missouri and raped in a creek bed near 84th Street, still on the east side of State Line Road. Police determined by survey that she was raped in Kansas, which could have led to more serious federal charges because the victim was taken across a state line. The article didn’t indicate whether an arrest was made, however, and a search of The Star’s archives didn’t generate any further details on the crime.

The facts of a 1971 State Line homicide were even more remarkable.

Marilyn McKee Shelton, 31, fired a single gunshot into the right side of the head of her husband, John Gary Shelton, 30, in the early morning of Feb. 9, 1971, in the home of her sister at 8301 State Line Road (now the site of an office building).

Police found John Gary Shelton’s body on a couch in the living room, with a .38-caliber chrome-plated revolver on the floor nearby.

The Star article said: “The sofa where he was shot in his sleep was actually a few feet west of the Missouri-Kansas border, which ran right through the house. Because he had gone to sleep in the living room instead of a back bedroom, Mr. Shelton became the first murder victim in the history of Leawood.”

Alas, John Gary Shelton, who had been in and out of prison for years and was free on $10,000 bond after being charged with second-degree murder in a fatal shooting in Raytown, wasn’t to be Leawood’s first murder victim.

His widow, whom the Johnson County prosecutor originally charged with first-degree murder, eventually pleaded guilty to involuntary manslaughter and was sentenced to 1-5 years in prison. She was granted parole after serving a grand total of five weeks of her sentence.

Leawood would have to wait more than 10 years for its official first murder, which occurred in 1981 at 8500 State Line Road — clearly on the Kansas side.