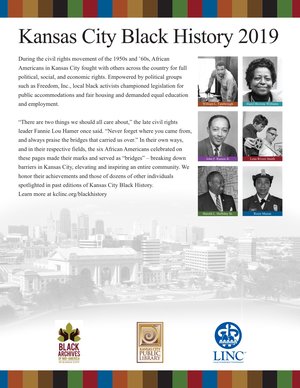 During the civil rights movement of the 1950s and ’60s, African Americans in Kansas City fought with others across the country for full political, social, and economic rights. Empowered by political groups such as Freedom, Inc., local black activists championed legislation for public accommodations and fair housing and demanded equal education and employment.

“There are two things we should all care about,” the late civil rights leader Fannie Lou Hamer once said. “Never forget where you came from, and always praise the bridges that carried us over.” In their own ways, and in their respective fields, the six African Americans celebrated in this year's Black History Month profiles made their marks and served as “bridges” – breaking down barriers in Kansas City, elevating and inspiring an entire community. We honor their achievements and those of dozens of other individuals spotlighted in past editions of Kansas City Black History.

Read profiles of all of the Black History Month honorees below. A limited number of posters are available at Kansas City Public Library locations and the Black Archives of Mid-America. Files are also available to download and print over at LINC's website using these links: 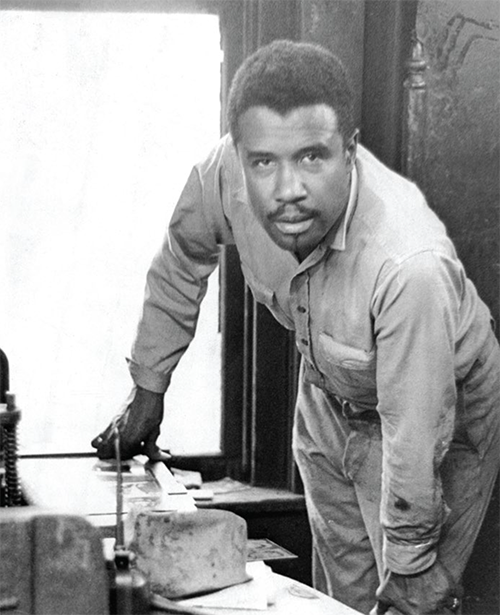 For  three  decades,  William  Fambrough  documented  African  American  life  in  Kansas  City  through  his photographs. Born in Little Rock,  Arkansas, he moved with his family to Kansas City when he was a young boy. Fambrough  showed  an  interest  in  photography  at  an  early  age and  convinced  his  parents  to  buy  him  a  Kodak  Brownie  camera.  After  graduating  from  Lincoln  High  School  in  1935,  he  studied  graphic  arts  at  Lincoln  University and then served in World War II with the 829th Aviation Engineers of the U.S. Army Air Force. After three years in the military, Fambrough completed his degree and resumed his passion for photography. He worked for The Kansas City Call and as a freelance photographer, capturing images of the African American experience in Kansas City from the 1950s to the ’70s. Many of his photographs also appeared – uncredited – in The Kansas City  Star.  Renowned  for  capturing  his  subject  matter  with  a  single  snapshot,  Fambrough  earned  the  nickname  “One  Shot  Fambrough.”  Examples  of  his  work  are  preserved  in  the  collections  of  the  Black  Archives  of Mid-America and State Historical Society of Missouri. 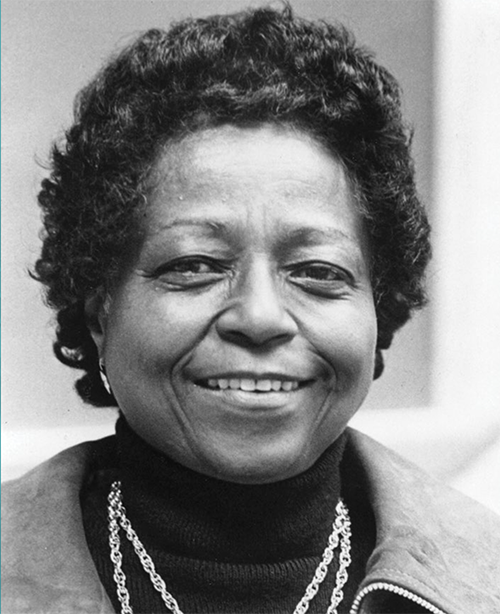 Hazel Browne Williams, the first full-time African American professor at the University of Missouri-Kansas City, exemplified academic excellence throughout her career as an educator. A graduate of Lincoln High School in Kansas City, Williams studied English at the University of Kansas, where she overcame racism and indifference from professors and was elected to the prestigious Phi Beta Kappa academic honor society. After graduating in 1927, she earned two master’s degrees – one in English from KU, the second in guidance counseling from Columbia University. She began her career in education at Louisville Municipal College in 1932, teaching English and German. She went on to earn her Ph.D. from New York University, and worked as a Fulbright exchange teacher in Vienna, Austria. She would become best known for her tenure at UMKC, starting as associate professor of education in 1958 and rising two years later to full professor. Upon retiring in 1976, Williams became the first African American awarded emeritus status by the school. She also was active in a number of organizations and institutions including the NAACP, YWCA, and Mattie Rhodes Center. 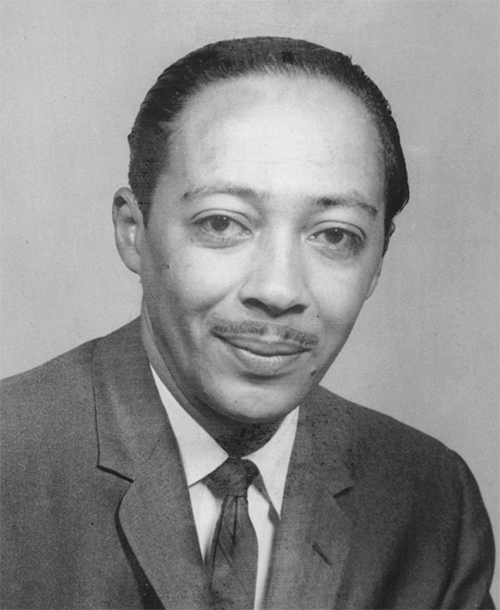 John F. Ramos set two important precedents in Kansas City – as the first African American to become a board-certified radiologist (in 1950) and the first to take a seat on the Kansas City School Board (in 1964). Born in Boston, Ramos earned a bachelor’s degree from Seton Hall College before attending Meharry Medical College in Nashville, Tennessee. He served his internship and residency at the old General Hospital No. 2, Kansas City’s hospital for African Americans, earning certification from the American Board of Radiology. In 1964, the Democratic county committee nominated Ramos for the school board with strong support from Freedom, Inc., the black community’s most influential political organization. Earlier attempts to establish an African American presence on the board had failed, but the clout of Freedom, Inc. helped push the appointment through. Ramos would be joined in his final year on the board by three additional black members, the result of a move to public voting on candidates. Ramos served on the school board with quiet dignity, attending nearly every meeting until his health began to decline. Shortly after his death in 1970, the board of education officially named the African American history collection at the Kansas City Public Library in his honor. 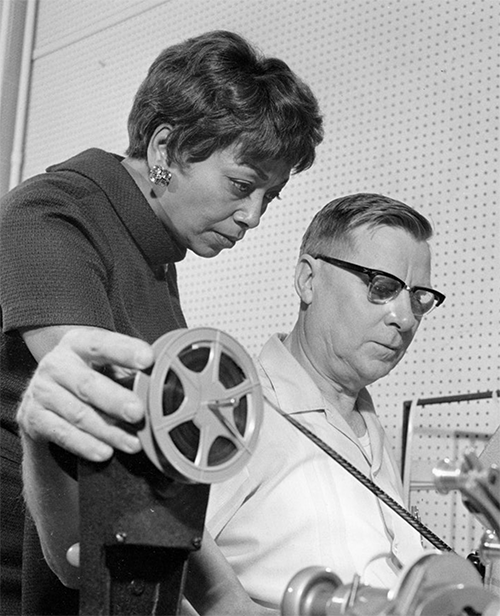 Journalist and civil rights advocate Lena Rivers Smith was one of the first African American women to work as a television news reporter in the Midwest. Born and raised in Kansas City, Smith graduated from Lincoln University with a degree in English and went on to study journalism at Northwestern University. She returned to her hometown, and in 1950 began a 15-year career at The Kansas City Call, working as a crime reporter, society editor, and city editor. Smith joined the news staff of WDAF-TV in 1965, and began appearing on-air as a reporter in 1967, focusing primarily on local education issues. A gifted speaker who was deeply invested in her community, Smith often publicly discussed her experience of growing up and living in a segregated city, once remarking that discrimination is “a thing I feel, like a hair or a cobweb across my face. It is distracting, degrading and destructive.” She believed in channeling frustration into action and was a member of the NAACP, Council for United Action, and the Panel of American Women. Smith died of a heart attack in 1968 at age 46, and is buried in Blue Ridge Lawn Cemetery. 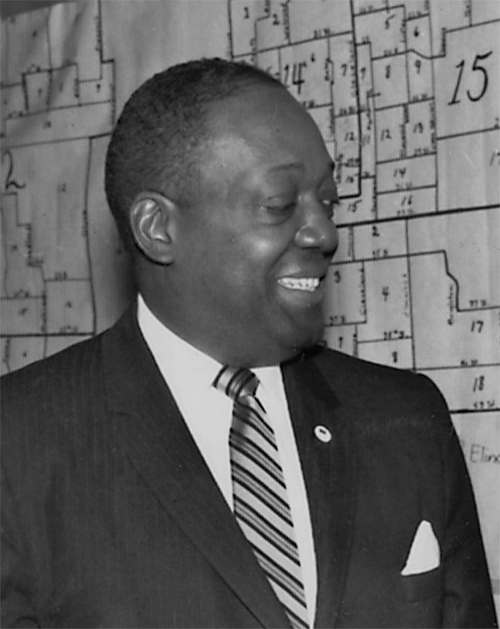 Harold Holliday Sr. was a lawyer and legislator who devoted his career to civil rights activism. Born in Muskogee, Oklahoma, in 1918, he moved with his family two years later to Kansas City and lived there most of his life. After graduating from Central High School and then earning bachelor’s and master’s degrees in economics, Holliday was drafted into the U.S. Army in 1942. Upon returning home, he applied to the University of Kansas City Law School but initially was rejected based on his race. He fought the decision, gained admittance in 1948, and became the first African American to receive a law degree from the school when he graduated four years later. Holliday went on serve in the Missouri House of Representatives from 1965-76, championing progressive legislation and earning a reputation as an inspiring orator. He became a charter member of Kansas City’s Freedom Inc.; served as an officer in the local chapter of the NAACP, in the Urban League, and in multiple bar associations; and continued his public service after leaving the state legislature – as a magistrate judge and then as associate regional counsel in the U.S. Department of Housing and Urban Development. 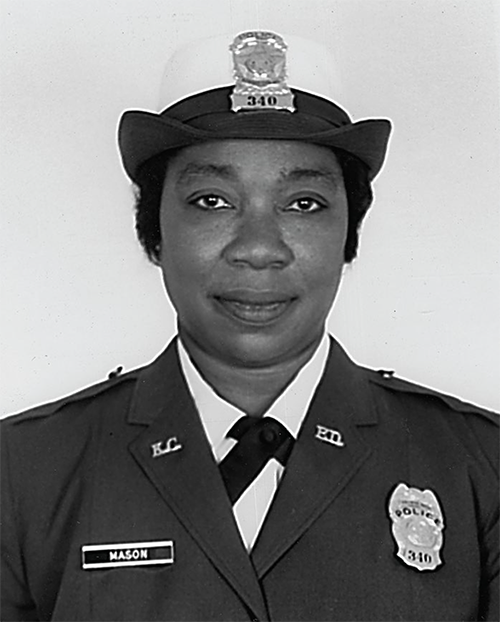 Rosie Mason was a law enforcement trailblazer, working 39 years in the Kansas City Police Department and serving as its first African American female officer. Born in Arkansas in 1918, she began her career in the department as an elevator operator in 1944. Mason made such a positive impression that the police chief recommended her for casework in the juvenile bureau in 1954. She wore a badge and carried a gun but worked as a civilian until the Policy Academy began admitting women more than a decade later. Mason graduated from the academy in 1967, and spent the next 15 years as a sworn officer and detective. She also was active in the International Association of Women Police (IAWP), joining the organization in 1967 and serving as its president from 1976-80. After her age-mandated retirement from the police department in 1982, she became executive director of the 820-member IAWP. She was active in her church, as well. Universally commended for her kindness, professionalism, and immaculate personal style, Mason was a committed and compassionate public servant. “It’s the child abuse cases that hurt the most,” she once said. “Turning one of these young people around seems one of the most significant jobs one can do.”