A recent KC Q story on the history of Kansas City’s Leeds neighborhood brought back fond memories for many former residents. Some reached out to us with additional information and photos illuminating life in long-ago Leeds. 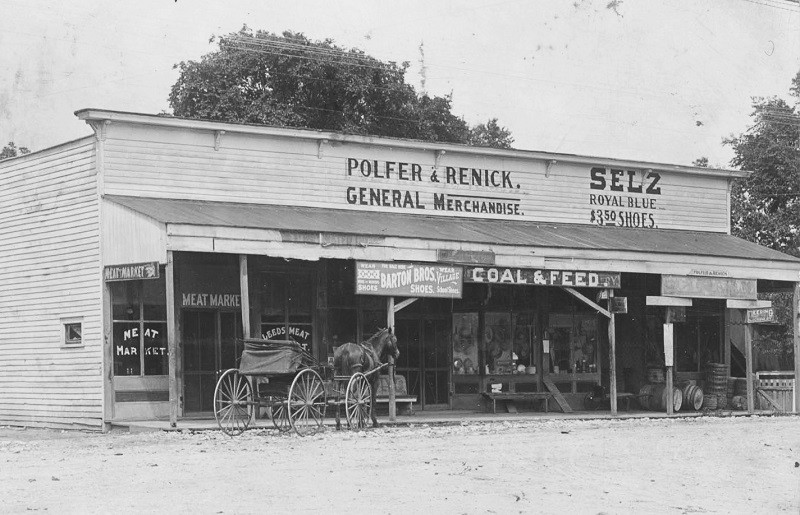 Early-1900s photograph of the Polfer & Renick General Store in Leeds. Courtesy of Marilyn and Bruce Schlosser.

Renick’s youngest daughter, Anna Renick Lueders, spent her childhood in Leeds and around her father’s store. As an adult, she recounted these experiences in a self-published family memoir.

One of her favorite childhood memories, Anna wrote, was “getting into things” at the store – especially the candy counter. She recalled with delight opening the sliding door and reaching inside the glass case to select pieces of her favorite candy.

Nearby was a grocery store where she and her friends purchased another coveted treat: ice cream. Anna wrote that she frequently begged her father for nickel to buy an ice cream cone and, "being the good dad that he was, he usually obliged." 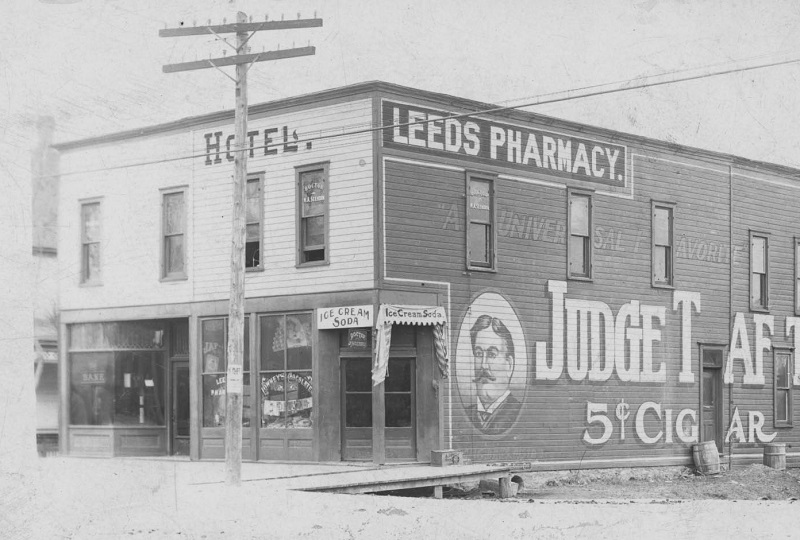 Early-1900s photograph of the Leeds Pharmacy and Hotel on E. 37th Street, across from Polfer & Renick. Courtesy of Marilyn and Bruce Schlosser.

The Polfer & Renick store at various times housed the Leeds post office, a barber shop, and a meat market. Reflecting on the diversity of goods and services, Anna Renick Lueders wrote that "you could get your meat from Joe, the butcher, get your hair cut by my uncle, Mitch, pick up your mail, buy your groceries and dry goods, and visit with your friends and neighbors all at one time."

Before a government post office opened in Leeds in 1925, mail was processed at the general store. When a bag of outgoing letters was ready, it was hung on a post next to the St. Louis-San Francisco Railway tracks, where it was snatched up by a worker on a passing train. The same worker threw a bag of incoming mail off the train without it stopping.

Anna described the social life of Leeds residents as revolving mostly around church, the fire station, and her family’s store.

A popular activity among the men was meeting at the fire station to play dominoes. Some would bathe there as well, finding it more convenient than taking baths in the tiny kitchen tubs found in most Leeds homes. 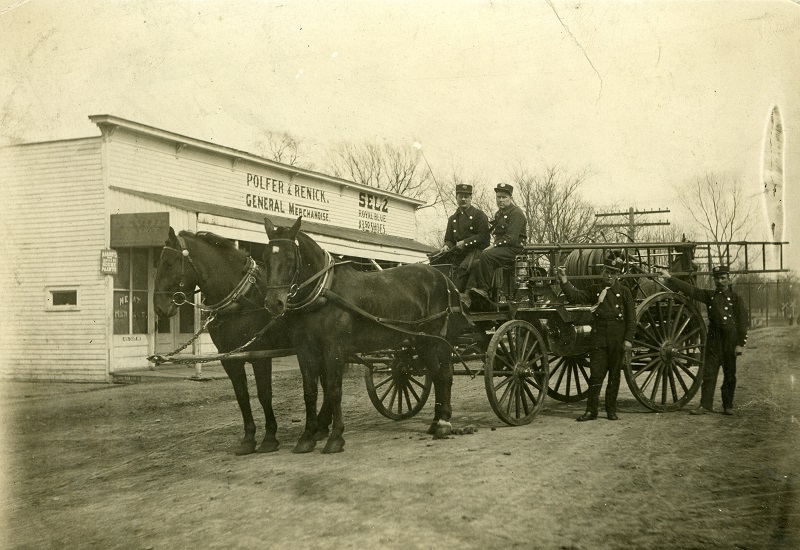 Early-1900s photograph of Leeds firefighters and a fire wagon outside the Polfer & Renick General Store. Courtesy of Marilyn and Bruce Schlosser.

When she was older, Anna sorted mail, cut hair, and performed other odd jobs at the store. She was later employed as a cashier at the Blue Valley Bank in Leeds.

She married business owner John F. Lueders in 1942 and soon after started a family.

The Polfer and Renick families continued to operate several businesses through the mid-20th century, remaining prominent members of the Leeds community.

We wish to thank Marilyn and Bruce Schlosser for sharing their family history and providing the research material and photos for this story.