Library-Supported Study: More in KC (But Not Enough) Making Critical Connection to Broadband 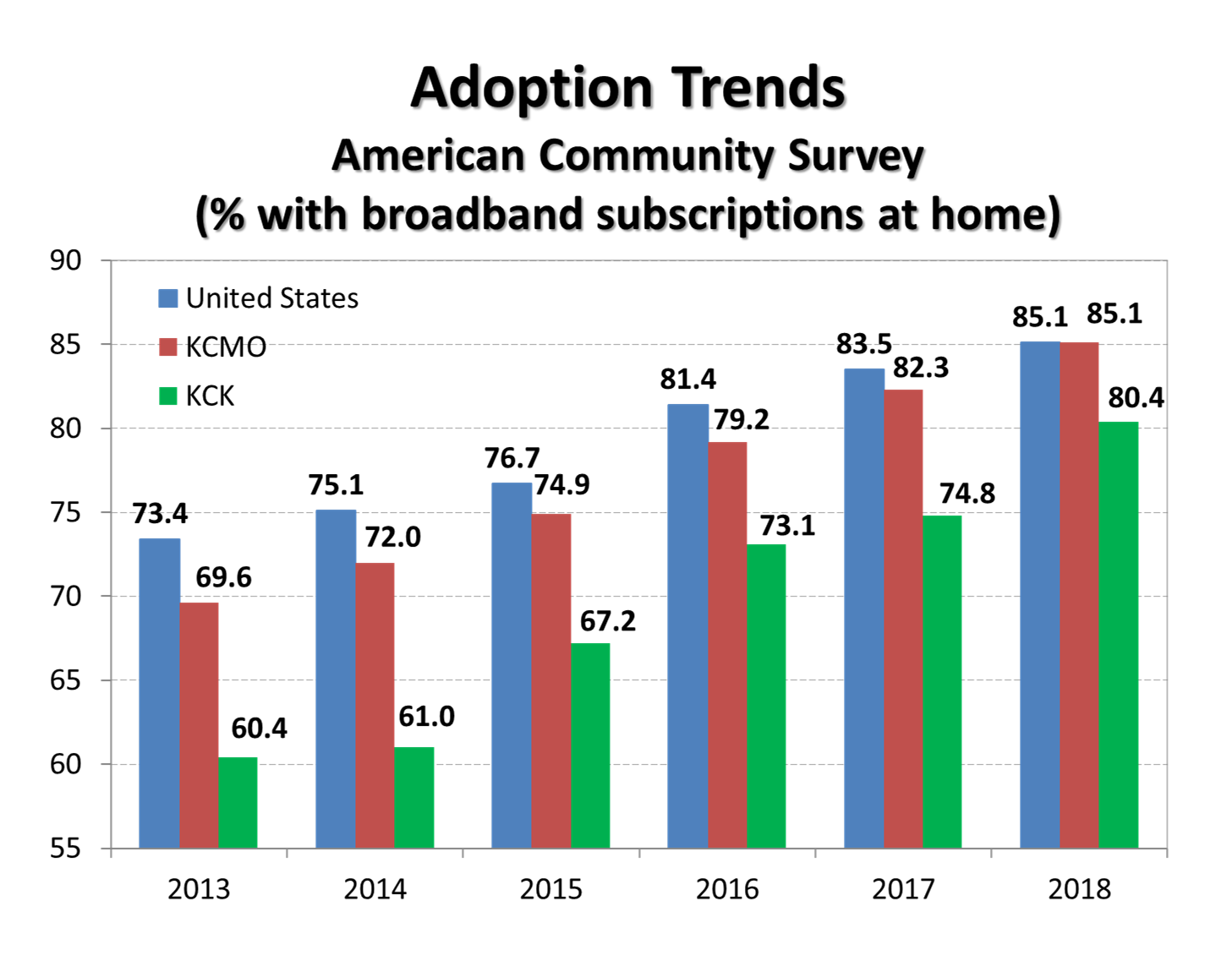 It’s a key area of concern for the Library, which has taken a leadership role in efforts to expand digital access and literacy across the metro area. New analysis indicates progress, with the proportion of households using broadband rising from seven in 10 to more than eight over a four-year period. But it also shows KC lagging behind a number of similar-sized “competitor” cities. And it points to continued concerns for lower-income residents.

Horrigan is a senior fellow at the Washington-based Technology Policy Institute and former associate director for research at the Pew Research Center. Windhausen is the founder and executive director of SHLB.

They assessed Kansas City’s progress in expanding broadband access and use over the four-year period from 2013-17, paying particular attention to lower-income residents and households (with annual earnings of $20,000 or less). The city made strides in that time, moving from a little more than 69 percent of all households using broadband in 2013 to more than 82 percent connecting in 2017.

There was an even more pronounced jump in lower-income households, from 41 to nearly 58 percent.

Both percentage-point increases, however, fell slightly beneath the average increases in 11 “competitor” cities to which KC was compared – among them St. Louis, Cincinnati, Nashville, Denver, and Portland. Kansas City’s percentages also trailed those for the country overall.

The research showed more than 36,000 homes without a broadband subscription. In Kansas City, Kansas, the number exceeded 14,000 – about one in four.

Poverty is a factor. The researchers note that low broadband adoption rates show up most commonly in cities with high poverty rates.

They laid out a series of recommendations for addressing the issue.