The Kansas City Public Library and two institutional partners – the Local Investment Commission (LINC) and the Black Archives of Mid-America – are being honored with the nation’s top award for the preservation of state and local history.

They’ll receive the American Association for State and Local History’s Award of Excellence, recognizing their multifaceted 2021 Kansas City Black History project. It features a 44-page publication highlighting Black trailblazers, barrier breakers, and history makers in the city and the surrounding area, along with a companion website offering lesson plans, Black history programming, and other related content.

The AASLH will present the award in September as part of the organization’s annual meeting in Buffalo, New York. Winners, it said, “represent the best in the field and provide leadership for the future of state and local history.” 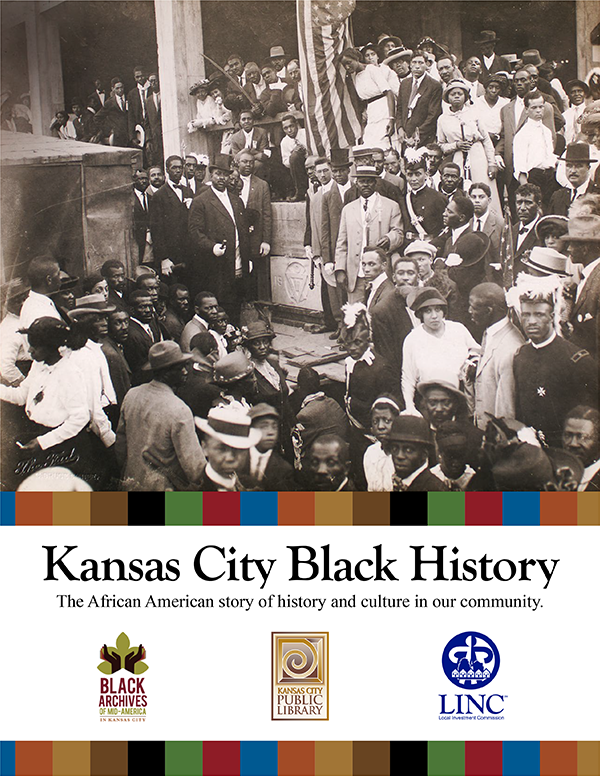 Missouri Valley Special Collections Manager Jeremy Drouin, who oversaw the Library’s involvement in the project, expressed gratitude for the honor and the collaborative effort that led to it.

“It’s rewarding to share the stories of African Americans who have helped shape our city in significant ways, and then see how they inspire others, especially young people,” he said. “The stories of Black Kansas Citians who overcame discrimination and racism to excel in their chosen fields are inspirational and relevant today.”

“It’s particularly gratifying,” he said, “to have Black leaders such as Congressman Emanuel Cleaver and Mayor Quinton Lucas lend their voices to the Kansas City Black History publication. Wide community support has driven this project for 12 years, and its impact continues to grow.”

The Library, LINC, and the Black Archives have collaborated on the Black History initiative since 2010. Each year, they introduced a new collection of biographies that were shared in booklets, calendars, and posters, sharing them free of charge with schools, libraries, community centers, churches, and cultural institutions.

The special 2021 publication, Kansas City Black History: The African American Story of History and Culture in Our Community, compiled those yearly entries, incorporated new profiles, and added contemporary context through essays by Cleaver, Lucas, and other notable individuals. Nearly 20,000 copies have been distributed.

The Library formally launched the accompanying website, kcblackhistory.org, in February 2022. 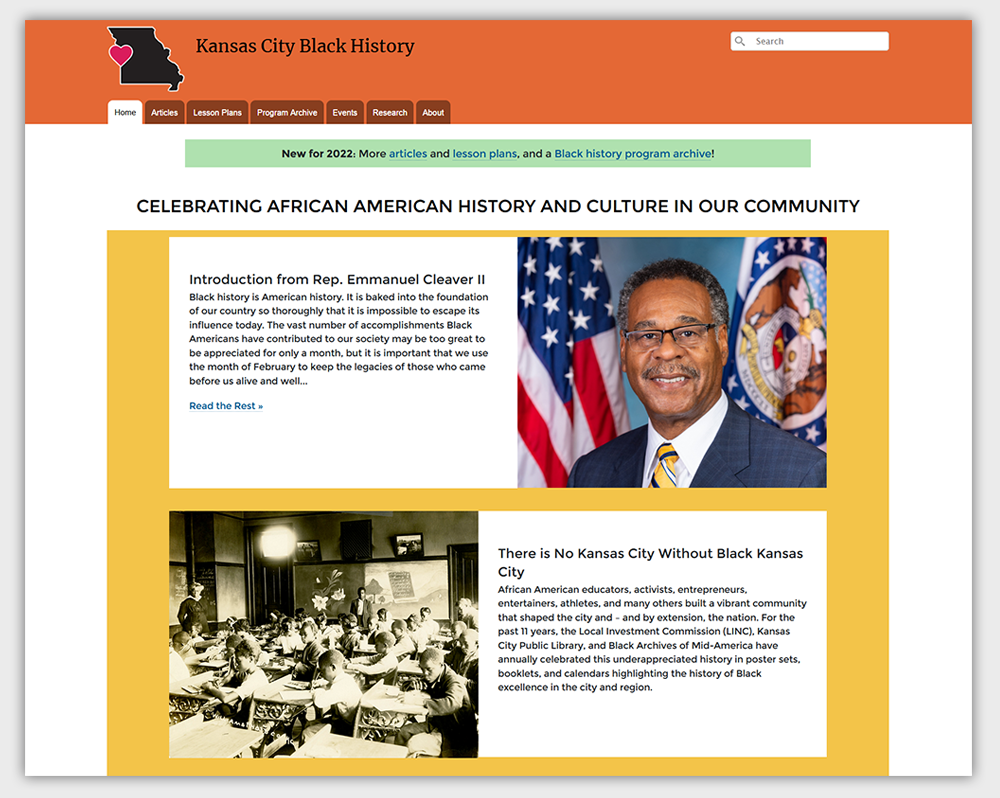 The book profiles 74 men and women who left a mark on Kansas City history. Some, like jazz great Charlie Parker, civil rights leader Leon Jordan, and Negro Leagues icons Satchel Paige and Buck O’Neil, are widely known and remembered. Others bear getting to know – from Cathay Williams, who posed as a man in becoming first African American woman to enlist in the U.S. Army and the only female Buffalo Soldier, to Lincoln High School graduate Melvin Tolson, who coached the small-college debate team that defeated the defending national champions from the University of Southern California. It inspired the 2008 Denzel Washington movie The Great Debaters.

A limited number of copies remain available at some Library locations; call or inquire at their circulation desks, or print copies are available by request through LINC.  Downloadable versions, also free, are available on the Kansas City Black History website as a PDF download.

LINC plans to release an updated 2022 edition, with additional biographies, late this summer.

The book also received excellence awards from the Missouri Library Association and Jackson County Historical Society and was endorsed as a Missouri Bicentennial project.

The Library won an AASLH Award of Excellence in 2019 for its historical website The Pendergast Years: Kansas City in the Jazz Age & Great Depression.