KCQ - What Happened to the Easter Parade?

The cancellation of what was to be the 48th Kansas City St. Patrick’s Day Parade on Tuesday was the latest blow to the city’s proud parade tradition — a tradition that seems to be fading.

Concerns over the new coronavirus sidetracked Kansas City’s largest annual parade, as well as several smaller St. Patrick’s parades in the area, for, we hope, only one year.

Almost all the city’s other historical annual parades have met a more permanent fate. Most prominent among them were the Plaza Easter Parade and the American Royal Parade.

Reader Victoria Bogina-Bench remembers the spring days of her youth when her parents took the kids to the Plaza and they watched a parade, complete with giant bunnies handing out candy.

That was about 60 years ago, but Bogina-Bench’s memory is not playing tricks on her.

In answer to her submission to “What’s your KCQ?” we can confirm that the Plaza Easter Parade did in fact exist — for 37 years or more, depending on how you count them.

“What’s Your KCQ?” is an ongoing series in which The Star and the Kansas City Public Library partner to answer readers’ queries about our region. We find most of our background in The Star’s archives, and the library provides further information and photos from its files.

The Patricia Stevens Model and Talent Agency began throwing the Easter Parade on the Plaza in 1960 “as a photo op,” Melissa Stevens, president of the Stevens agency and daughter of its founder, told The Star for a 2005 story.

“It was an opportunity for the models so they could have their pictures taken, and it could help build the girls’ portfolios. It was a good chance for them to show how beautifully they walked. Then the city started coming, and it just turned into quite the event.”

A 6-foot Easter rabbit led the promenade of the models and hundreds of area residents through the Plaza’s streets, and judges awarded prizes for Most Outstanding Gentleman and Most Outstanding Lady. The parade drew crowds of several thousand.

When the modeling agency moved from the Plaza, the parade was discontinued, with the final version coming on a rainy day in 1995. But it was resurrected twice.

Then-Mayor Emanuel Cleaver revived it in 1997 when, with funding from Kansas City Parks and Recreation, he organized a last-minute parade along Brush Creek. It didn’t catch on.

In 2003, Stevens decided to bring back the event in the neighborhood she moved her business to, the Crossroads Arts District. After two years of small crowds, the parade died again.

Finally, the Zona Rosa shopping district jumped into the breach, resurrecting a citywide Easter parade north of the river in 2006. That first event drew an estimated crowd of 5,000, and Zona Rosa continued the

This year, the shopping district had planned a Spring Celebration Event with an egg hunt and photos with the Easter Bunny, but no parade. It was scheduled for April 4 but has been canceled because of COVID-19. 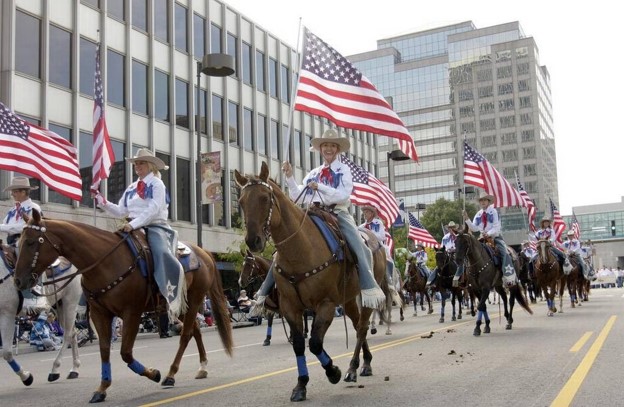 In 2009, the American Royal Parade was still marching proudly down Grand Boulevard. Susan Pfannmuller Special to the Star

As disappointing as the demise of the Plaza Easter Parade is, it doesn’t come close to the sad conclusion of an even bigger, older and more prestigious tradition — the American Royal Parade. It died a very quiet death in 2015 after 90 years.

That parade featured 45 bands and 1,000 horses in 1969, according to an article in The Star, and was still drawing crowds of 100,000 or more into the 21st century as it kicked off three weeks of rodeos, horse shows and livestock events. The 2001 parade through downtown featured 23 high school bands, 16 saddle clubs, 22 Ararat Shrine Temple units and 25 floats.

With the emergence of the World Series of Barbecue as a centerpiece of the American Royal, the parade was moved to the Truman Sports Complex to coincide with the barbecue. (The barbecue has since moved to the Kansas Speedway.) A few hundred spectators watched as 71 entries marched through the parking lots between Kauffman Stadium and Arrowhead Stadium.

And that was that for the American Royal Parade. 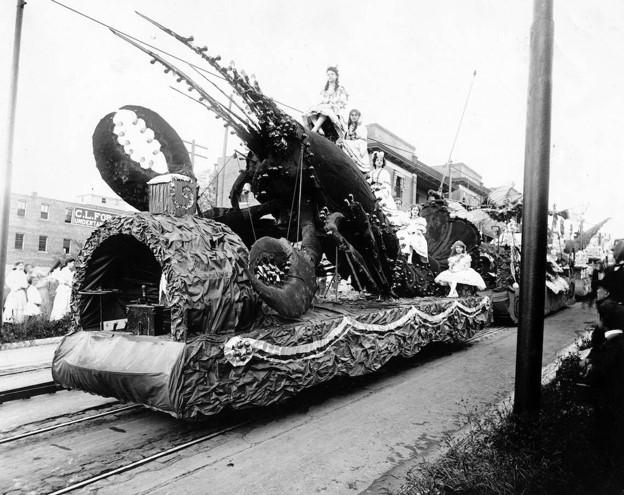 Kansas City has seen other major parades come and go as well, headed by the Priests of Pallas (1887-1912 and 1922-23). It was the centerpiece of a weeklong affair designed to promote Kansas City as the “Athens of the West.” The debut parade, which The Star said drew 200,000 people, featured President Grover Cleveland and his new bride, Frances, on Oct. 13, 1887.

Of course, Kansas City’s biggest parades have been one-time events, topped by the 2015 Royals World Series celebration, which drew an estimated 500,000 to 800,000 (although a later, more scientific examination put the crowd at 255,000). 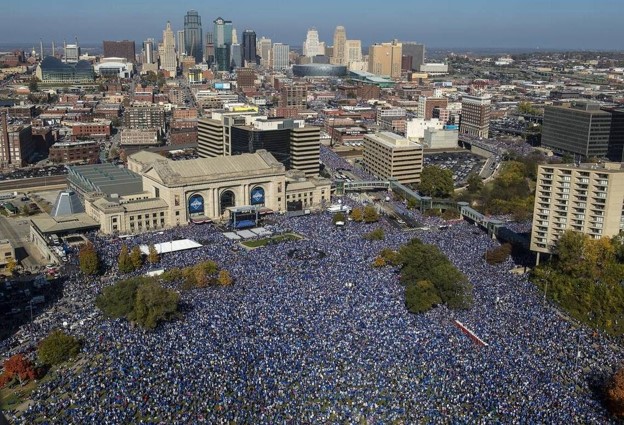 The Royals’ other victory parade, in 1985 (225,000), and the Chiefs’ 1970 Super Bowl parade (more than 100,000) took place before competition with other cities’ sports-championship parades caused crowd estimates to skyrocket via exaggeration, but both likely rank in the top 10 among the city’s biggest celebrations.

So does the 2020 Super Bowl parade. No official estimate of the crowd size has been released, but the consensus is that it was significantly less than the crowd for the Royals in 1985 despite unofficial estimates as high as 1 million.

A special mention goes to the festivities of Nov. 1, 1921. On that day, the new Liberty Memorial was dedicated and the American Legion held a parade featuring some 60,000 former service men and women as marchers. The Star described the viewing crowd as “hundreds of thousands” and noted that the streetcar system set a record that day with 522,000 riders. 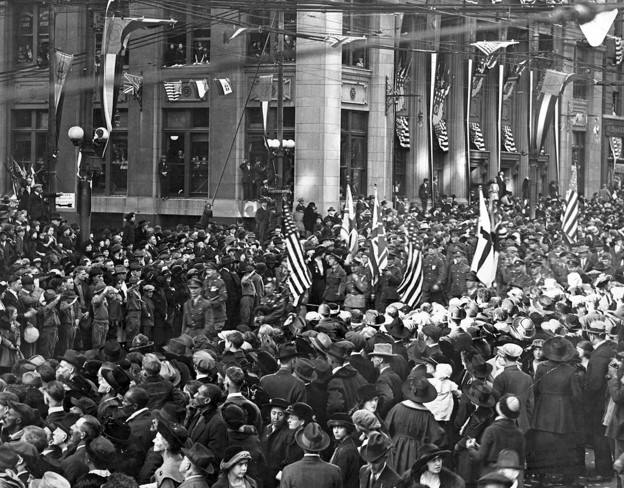