It's time for a Rapid Response Round! We answer several of your quick questions about the Kansas City Metro area in today's "What's Your KC Q?"

DeGroff Way, with its unique row of homes, was developed by Kansas City Star founder William Rockhill Nelson in 1898. Situated between 30th and 31st Streets on Union Hill, the one-block street is distinctive for several reasons. The houses, small but high-quality, face south and sit on alternating lots. As a result, each home overlooks a large lawn and garden space and receives a generous dose of midday sunlight, which Nelson considered a health benefit. 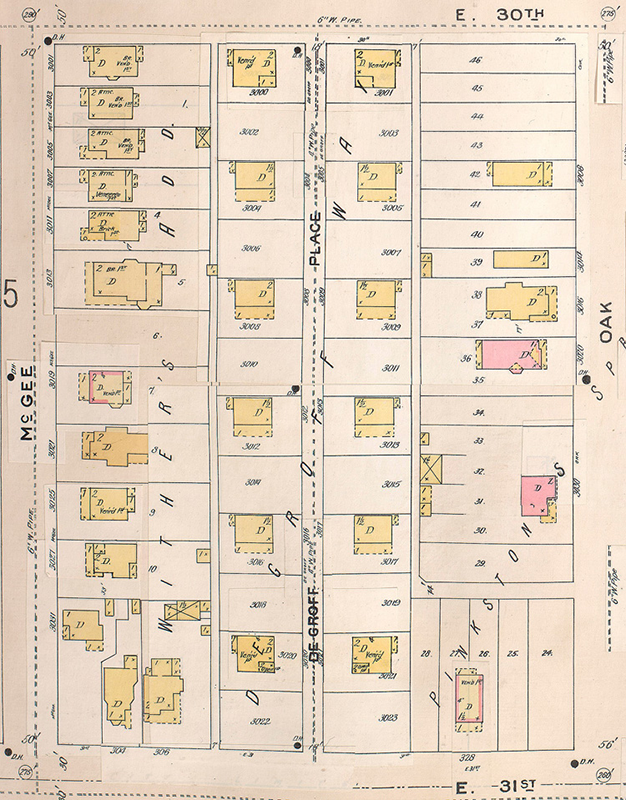 Nelson, who named the tiny subdivision after his father Isaac DeGroff Nelson, intended to rent the houses to employees of the newspaper. He believed his reporters should live in comfortable homes, attractive but modest. Thus, all but two of the original houses were designed identically, with a story-and-a-half and two bedrooms. DeGroff Way remains the only north-south street in Kansas City with this unusual, south-facing design. 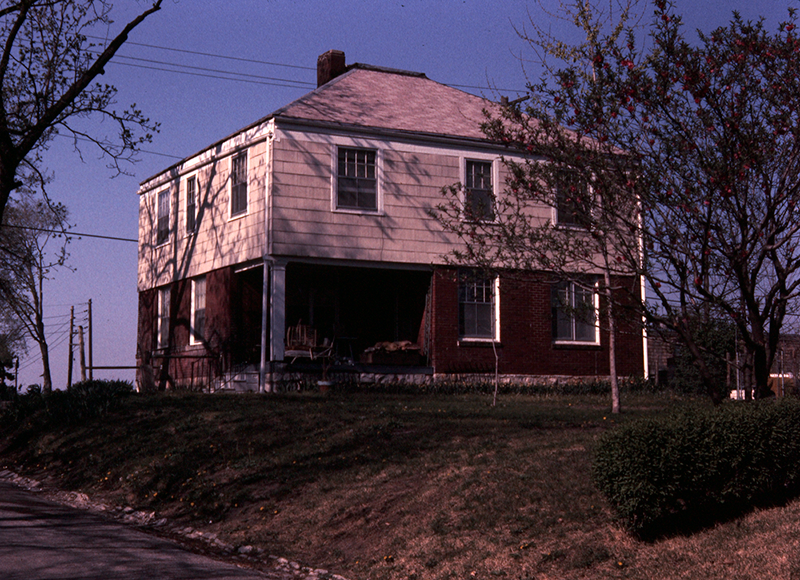 At the NE corner of 39th St. and Gillham is a fountain. What is the history of the fountain?

At the corner of 39th and Gillham streets in Kansas City, MO sits the Eagle Scout Tribute Fountain. The memorial was dedicated October 6, 1968, but prior to that, part of the structure adorned the entrance to the Pennsylvania Railroad Station in New York City. A 22-foot high marble sculpture of a wreath with a woman and bald eagle on each side was created by Adolph Weinman in 1910. The women represent “night” and “day” and were part of a set of four that Weinman designed for the station. Today, a Boy Scout Eagle Badge sits in the middle of the wreath – replacing a clock originally placed there. The sculpture came to Kansas City in 1966 at the behest of local businessman and national Boy Scout executive John W. Starr to be used as the centerpiece of a memorial to Eagle Scouts. The memorial setting, which included a fountain and two spiral staircases, was designed by Kansas City architect Maurice McMullen, and construction was completed in 1968. 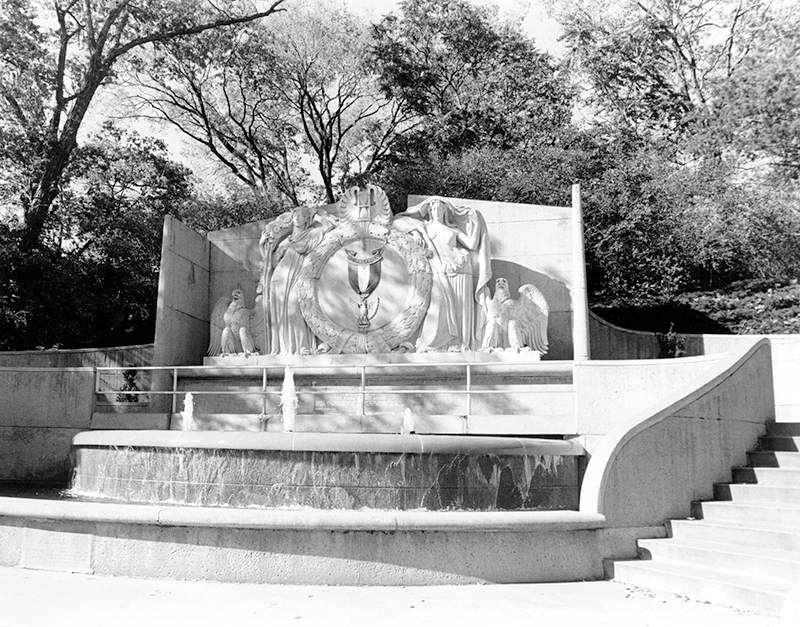 What is the origin of the Eagle statue on Ward Parkway? When was it installed?

The bronze eagle statue that nests at Ward Parkway and 67th Street is much older than Kansas City itself. Created in the 18th century, the one-ton sculpture adorned the courtyard of a Japanese temple before it was brought to the U.S. for display in the Japanese exhibit at the St. Louis World’s Fair in 1904. From there, it made its way to an art dealer in New York. In 1935, The Star reported that the J.C. Nichols Company had purchased the statue as part of a Ward Parkway beautification project and subsequently donated it to the city. The wings of the approximately 11.5-foot-high eagle spanned 14 feet and had to be reinforced before its installation to ensure it would withstand Kansas City winds. A 1960 Star article notes that, unfortunately, the eagle’s original gold eyes were stolen at some point by vandals. 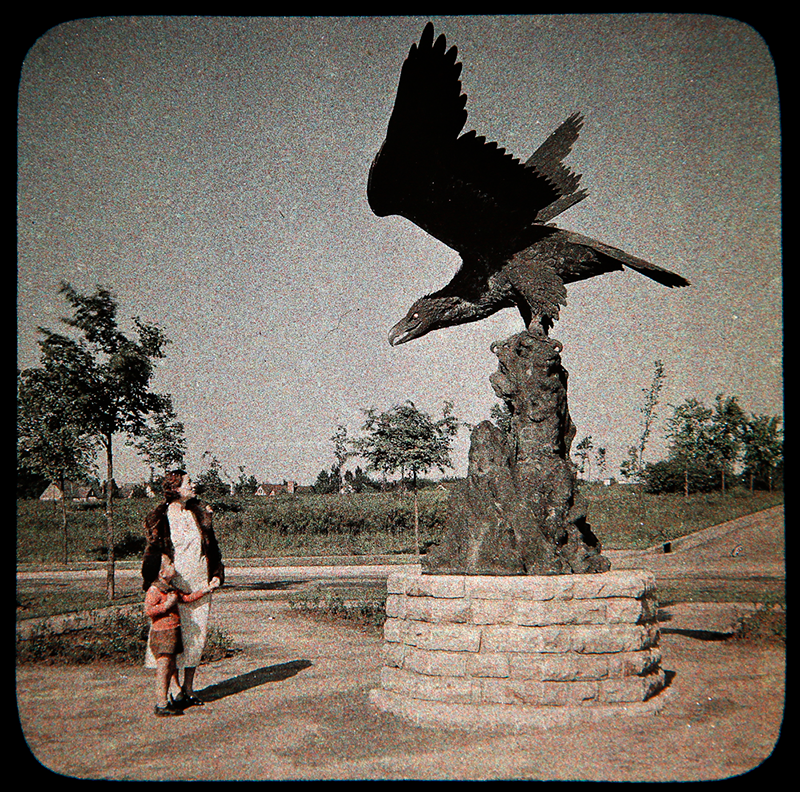 When, and why did the city of Kansas City, MO adopt a City Manager form of government?

Kansas Citians adopted the council-manager form of government in 1925 to streamline municipal operations and fight corruption. Previously, the city council had an upper house and a lower house. Voters were also responsible for electing a mayor, comptroller, treasurer, license collector, and municipal court judges. 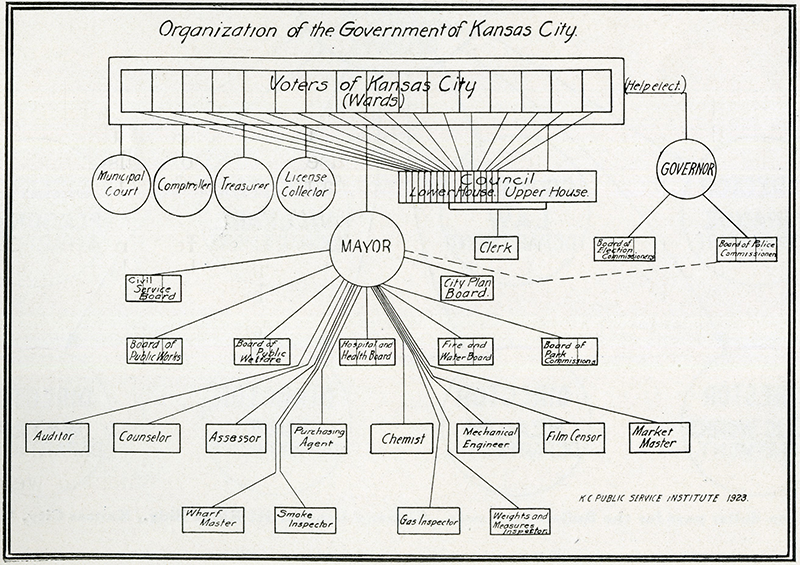 The change cut the number of elected offices, reduced the city council to a single body with eight seats and a mayor, and delegated responsibility for hiring administrators to a city manager. Nominally nonpartisan, the city manager would not make policy but execute the will of the mayor and the council. 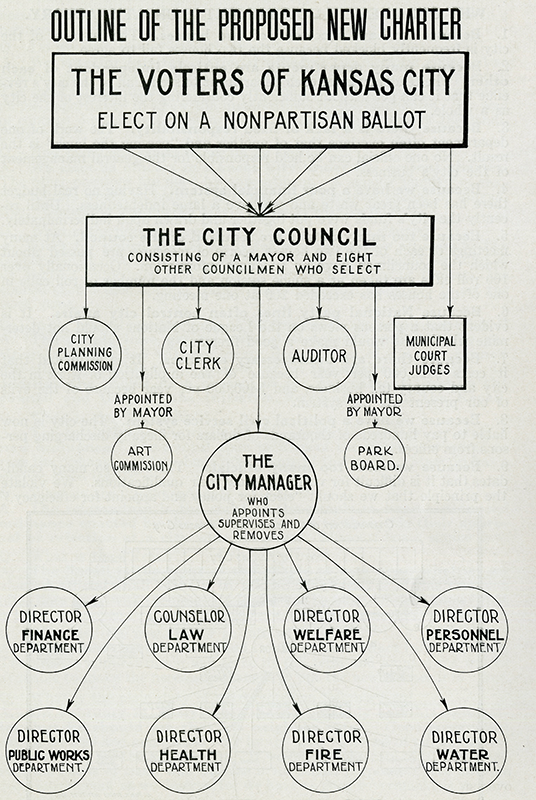 The promise of fair and professional municipal management, however, proved a farce. Machine boss Tom Pendergast convinced the eight councilmen and the mayor to hire a crony, Henry McElroy, as the first city manager in 1926. McElroy took over City Hall, forcing the elected mayor into a smaller office on a lower floor. During his 13-year career, McElroy diverted bond funds, issued contracts that blatantly favored Pendergast companies, and racked up millions of dollars in municipal debt. Still, the council-manager system of government was not intrinsically corrupt. After Pendergast was indicted for tax evasion in 1939, McElroy resigned. New elections brought in a city council that hired L.P. Cookingham as city manager. Cookingham would serve with distinction for 19 years, shepherding the city through the 1951 flood, transformative highway construction, and massive expansion.

What was the ASB Bridge?

Now in use for more than a century, the ASB Bridge had a troubled beginning. It was authorized by Congress in 1887, but more than 15 years passed and two companies lost control of the project before the Armour and Swift meatpacking companies and the Burlington Railroad (ASB) banded and secured the building rights. When opened on December 28, 1911, the two-tiered design of the bridge granted the railroad exclusive access to the lower level while the upper level allowed horse-drawn vehicles and automobiles to cross the Missouri River. Topography on either side of the river demanded that the bridge be low. To compensate, when a riverboat or barge needed to pass, the rail deck was designed to raise 82.7 feet in the air to clear a lane. Adding to the bridge’s utility were interurban rail lines on the upper level. This connected people in the rural northland directly to downtown Kansas City, spurring the region’s development. Economic boost aside, ASB Bridge investors remained focused on profit and charged users heavy tolls. Responding to public outcry, Clay County and the city of Kansas City purchased the bridge and eliminated the tolls. The upper level became automobile-only when the interurban rail lines ceased operating in 1938 and closed altogether when the Heart of America Bridge opened in 1987. The ASB Bridge was returned to Burlington Northern in 1989, and the railroad continues to cross the lower span to this day. 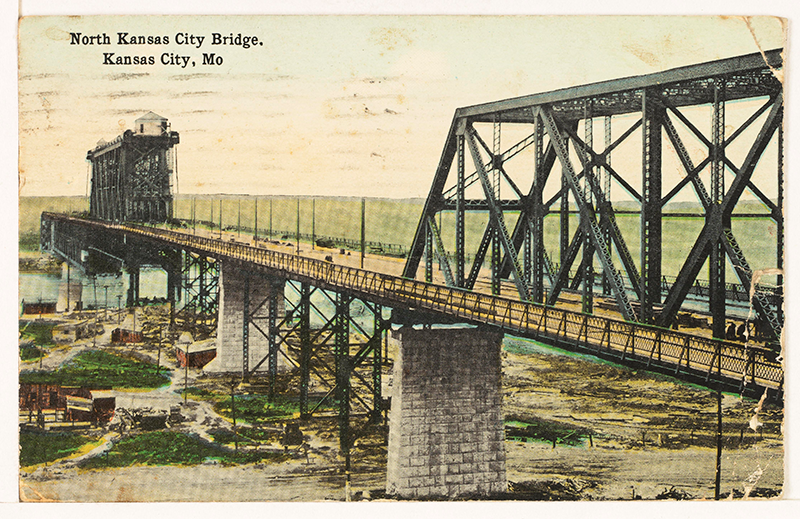