So, how would you feel about living in … Possum Trot?

What’s Your KC Q? reader Helen H. recently asked about how Kansas City got its name. Specifically, she wanted to know if Kansas City was “really one vote away from being named Possum Trot?”

First, a bit of background. There’s an odd urban legend about the city’s name, that it came oh so close to being christened as Possum Trot. Naysayers use the anecdote to support unflattering views of Kansas City as a place with a small-city mindset that nearly undermined itself with a ridiculous name.

The problem is that it’s not true – at least not the “one vote away” part. But there is a story.

The historical record shows that an ornery frontiersman named Squire Bowers really did propose “Possum Trot” during a meeting called to decide the town’s name. The one-vote-shy claim is attributed to an unnamed historian in a book that doesn’t cite sources. The charming story was popularized during a fundraising campaign for historical preservation in the 1980s.

Before the naming, the land surrounding the modern River Market was essentially a loading dock for the young town of Westport. Its owner, Gabriel Prudhomme, died in 1831. After a prolonged and contentious legal struggle among his heirs, the land was auctioned off to a group of investors who formed the Town Company of Kansas on November 14, 1838. 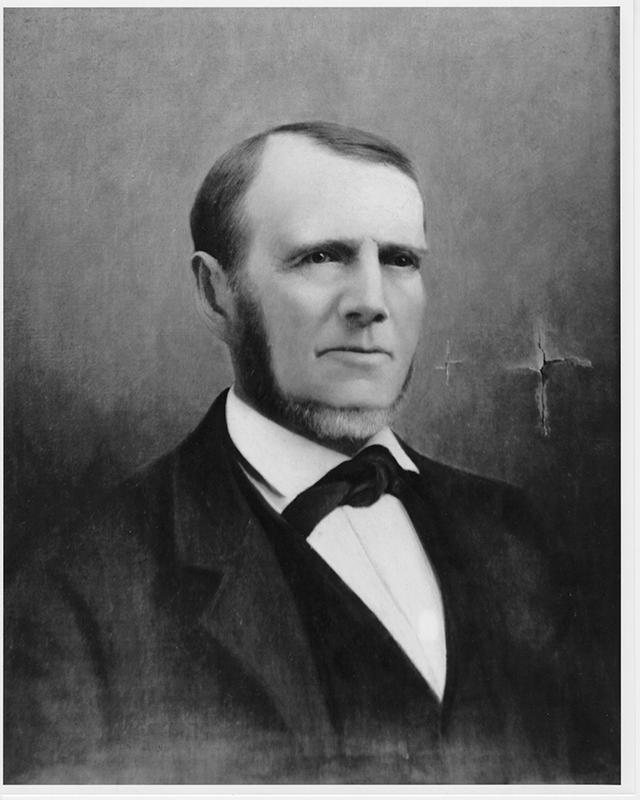 John C. McCoy, Town Company of Kansas member and author of the Tales of an Old Timer newspaper column.
Photograph of a painting in the collections of the Kansas City Museum, c. 1895-1900.

The best-known account of that day comes from John C. McCoy, one of the investors and town founders, who later authored the column Tales of an Old Timer in the Kansas City Journal. After the purchase, he wrote, Town Company of Kansas members met in a cabin to “give a name to the embryo city.” The quest started with a Webster’s spelling book, but no word or name stood out.

Abraham Fonda, another Town Company investor, lobbied to call the place Port Fonda. As a man who frequently wore a formal tailcoat and insisted on listing his occupation as “gentleman,” he wasn’t a popular figure among the rugged frontiersmen. He’d also been party to an earlier, failed scheme to purchase the land below market price. And so, his Port Fonda proposal was dismissed.

The debate had gone on for some time when Squire Bowers spoke up. As McCoy recalled, Bowers was “a dry old speculator” – not even a member of the Town Company – who “facetiously suggested Rabbitsville or Possum Trot” as names for the town. In modern terms, he appeared to be trolling the indecisive group.

McCoy wrote that his ideas were “treated with silent contempt” and “the struggle finally ended by the adoption of ‘Kansas City,’ by the skin of its teeth.” (McCoy’s use of “Kansas City” likely reflected the common name at the time he was writing in the 1880s, not the original name, Town of Kansas.)

So, what fueled the coulda-been-Possum Trot legend?

We consulted a dozen histories of Kansas City in the Library’s Missouri Valley Special Collections, and the vast majority don’t mention Squire Bowers’ suggestion or they give it no credence. But a couple do. Through the Years with Kansas City, published in 1961 in conjunction with the 75th anniversary of the Stine & McClure Funeral Home, stated that “according to reports, the City only narrowly missed being called Possum Trot.” Right Here in River City goes a step further in 1976, saying that “one historian’s version holds that Kansas City missed being called Possum Trot by a single vote.” 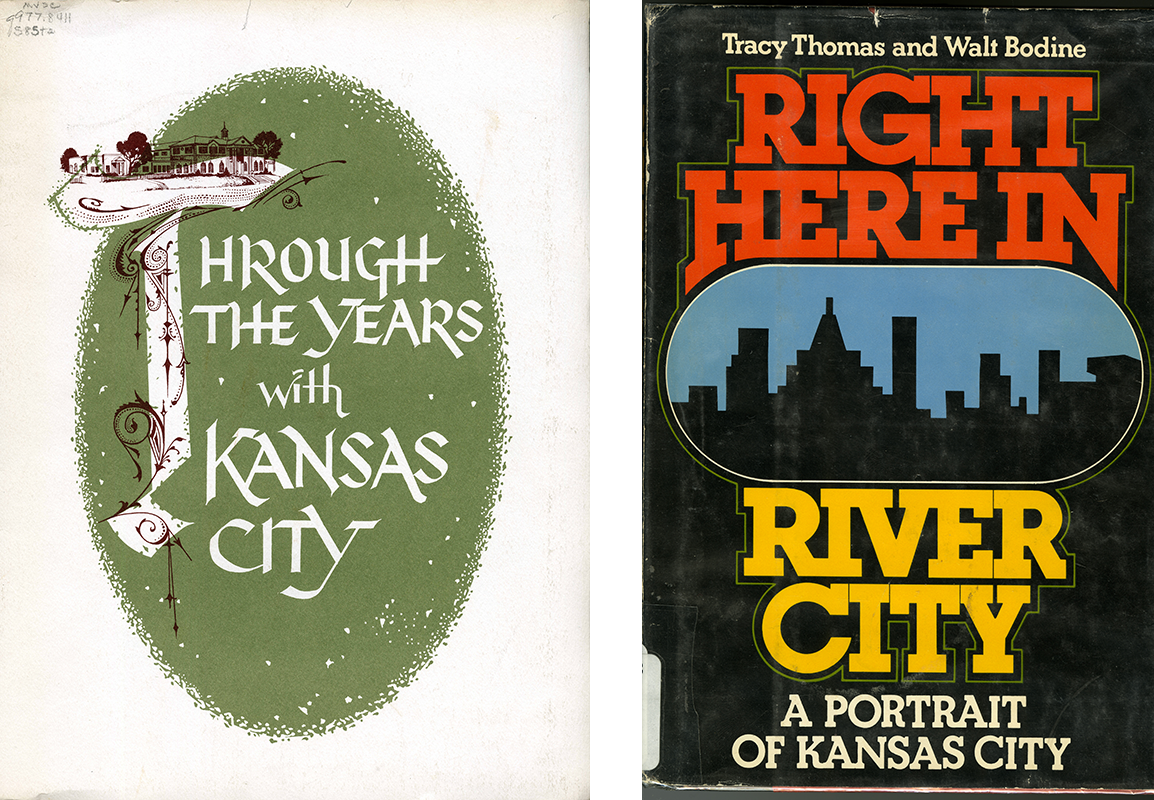 Covers of the two histories containing the claim that Kansas City came close to being called Possum Trot.

Both works were co-authored by noted Kansas City journalist and raconteur Walt Bodine. He passed away in 2013, but his co-author for Right Here in River City, Tracy Thomas, confirmed that Bodine actively promoted the one-vote-shy theory and wrote the chapter of the book containing the claim – the first mention of the supposed one-vote margin in print. 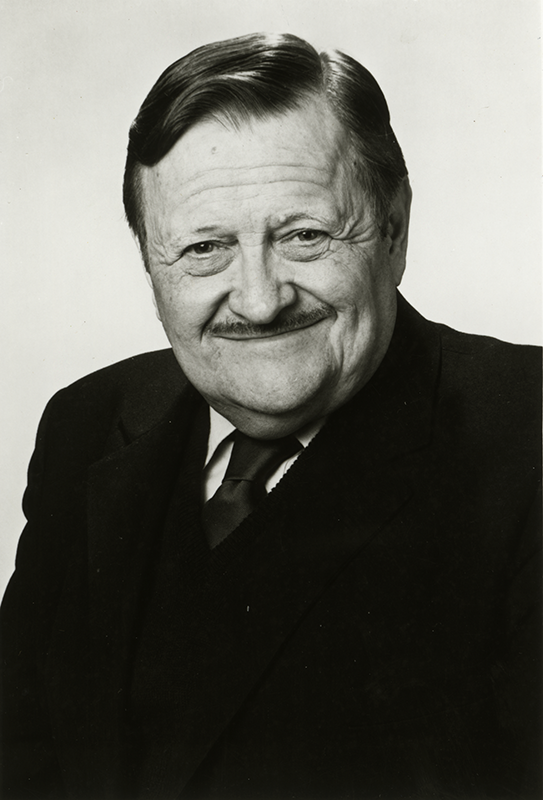 Thomas, in an email, says Bodine “told (the one-vote anecdote) often. And I’m sure he would stick with it today.” She notes, too, that with few records preserved from that 19th-century time period, it was difficult to disprove the claim.

The first known instance of the one-vote claim in print, on Page 23 of Right Here in River City. 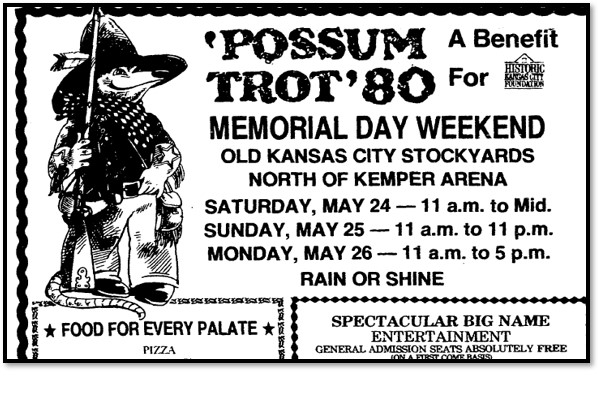 The legend later was popularized by the Historic Kansas City Foundation, whose members decided to throw an annual frontier-themed fundraiser in support of historic preservation and embraced the Possum Trot name. The first Night in Old Possum Trot festival was held in Municipal Auditorium in May 1976.

Attendees eventually wondered how it got its name, spurring a note in a 1980 ad for the shindig in The Kansas City Star:

While colorful, the explanation was doubly inaccurate. It suggests that a “One-Eyed Ellis” offered the name Possum Trot, leaving out the real prankster, Squire Bowers. And it perpetuated the one-vote myth.