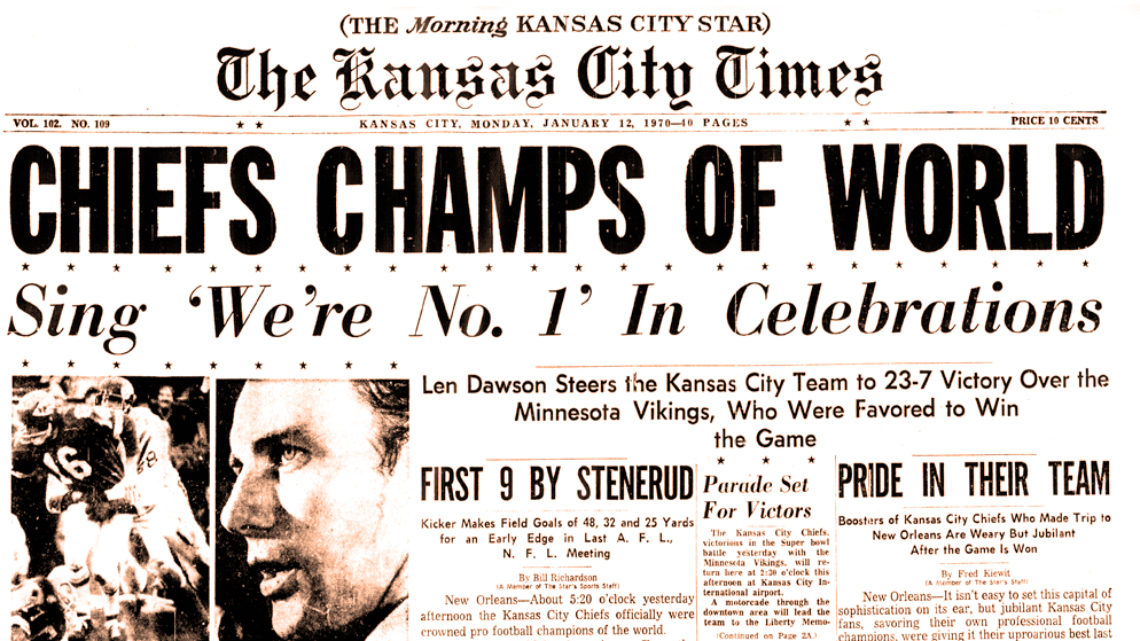 When Kansas City read about the Chiefs’ 1970 Super Bowl win, it was in The Morning Kansas City Star - aka The Times.

Reader Bob Granger, a former printer/typesetter, asked “What’s Your KCQ?” — a series in which we partner with the Kansas City Public Library to answer reader questions — why The Star punctuates its nameplate.

The Star’s Derek Donovan, member of the editorial board and long-time ombudsman, has spent a lot of time researching it, and the answer is simple.

“It doesn’t have any kind of a linguistic meaning whatsoever other than people just used it because it makes the words look important,” he said.

It was also trendy. Periods were a popular form of emphasis in the 19th century, he said. “You would sometimes see it in subheads in particular where it’s not a sentence. It doesn’t make any grammatical sense, but people just did it.” While the period dates back to the first edition of The Kansas City Evening Star — the original name of the publication — in 1880, there have been times when The Star has dropped the punctuation.

For example, had you picked up The Star the day of President John F. Kennedy’s assassination on Nov. 22, 1963, you would not have seen the period. 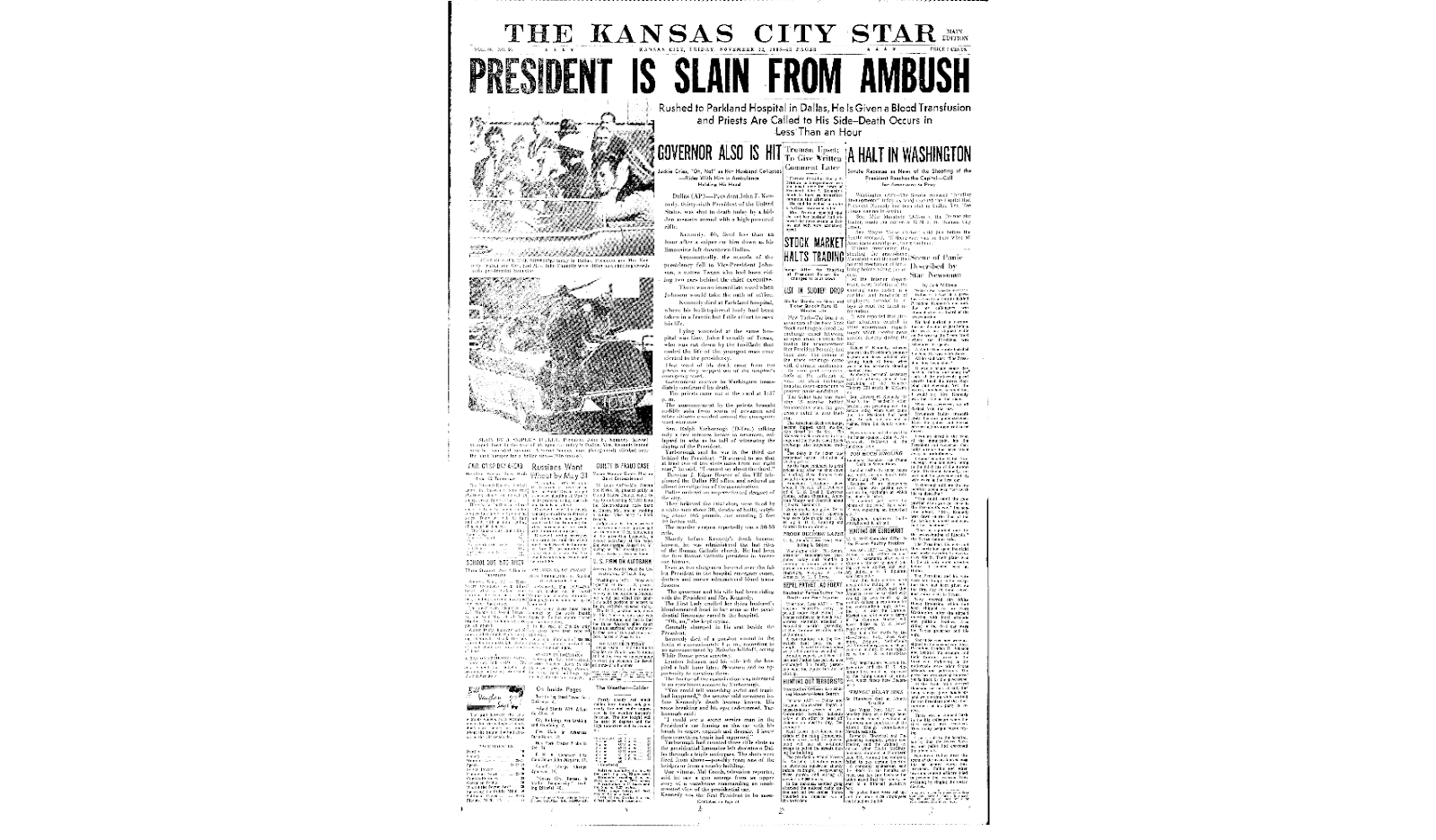 The period didn't always appear in the nameplate, as evidenced by this front page from Nov. 22, 1963

Now, the period is part of The Star’s tradition. When The Star redesigned in June 2006, the period stayed. “We would not get rid of it for anything,” Donovan said. “And I was one of the first when we redesigned this most recent time ... that said ‘we’ve got to keep that period in there.’”

“The publisher at the time said exactly the same thing,” Donovan continued. “‘Oh yes, we’re going to have that period in there as long as we are The Kansas City Star.’”

Granger grew up in Kansas City and said he remembers the streetcars, Manor Bakery’s horse drawn wagons and milk trucks. He’s a fan of KCQ, and all sorts of trivia. However, Granger, who at the age of 88 has been reading The Star for 80 years, was left wanting with Donovan’s response. “I accept the answer, even when I think there should be more to the answer,” he wrote in an email.

WHAT ABOUT THE KANSAS CITY TIMES?

The former morning edition of The Star — The Kansas City Times — also appeared throughout history with and without punctuation. Matthew T. Merryman has been reading The Star since 1991 — the year after The Star and The Times became a single daily publication — and said he’s always been interested in the history of the city, and the paper. His curiosity piqued when he overheard a conversation at a coffee shop, where he said a table next to him was “discussing the Kansas City Star’s name in comparison to the Kansas City Times.” The table was in unanimous support of The Times name. They “were chastising my beloved Star, not sure why, so I spoke up in defense of The Star by quoting a little Roger Miller, ‘Kansas City Star, that’s what I are,’ and a few smiles and grins later everyone agreed that the Star is a superior name,” Merryman said in an email.

Miller’s “Kansas City Star” was released in 1965. The bouncy country song was not about the newspaper but about a Kansas City television personality who gets a job offer in Omaha but happily turns it down.

I’m the number one attraction every supermarket parkin’ lot
I’m the king of Kansas City, no thanks, Omaha, thanks a lot
Kansas City star, that’s what I are.

After that conversation, Merryman’s question was born. He submitted to KCQ: “I am a fan of The Kansas City Star name, but I am curious why it survived or overtook The Kansas City Times as the named local newspaper.” 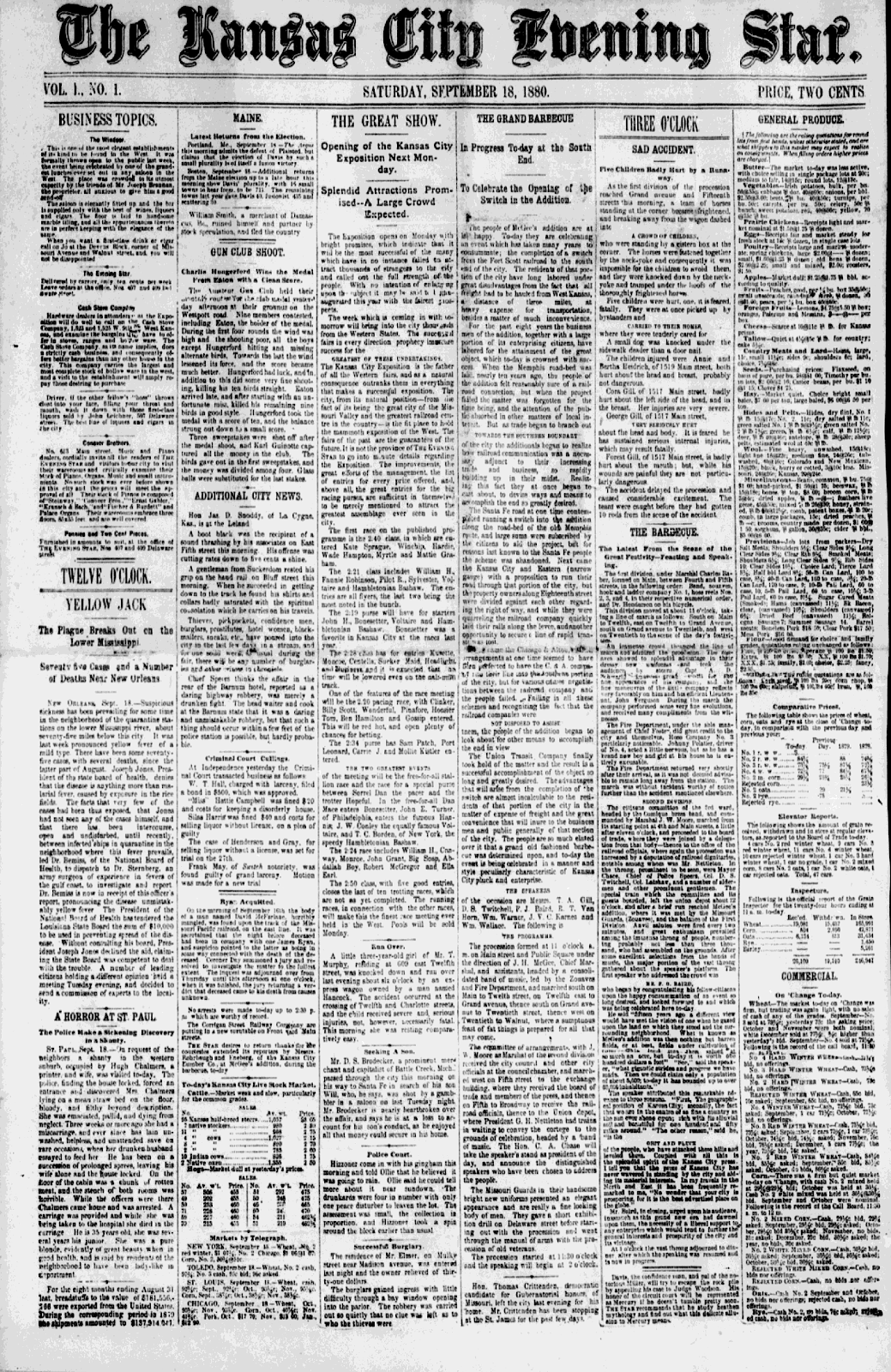 The answer here is simple as well. It has always been The Star. Period (wink).

The Star was co-founded in 1880 by William Rockhill Nelson. Back then, The Times was a competitor. In 1901, Nelson bought The Times and in a “triumphal gesture, he immediately put on its nameplate ... in parentheses ‘The morning Kansas City Star,’” Donovan said. “The Times was always considered just an organ of The Star so it was no question at all when, in 1990, we went to a single paper delivery in the morning, that it was going to remain The Star.”