Has crime changed in the KC area during the coronavirus pandemic? KCQ is on the case 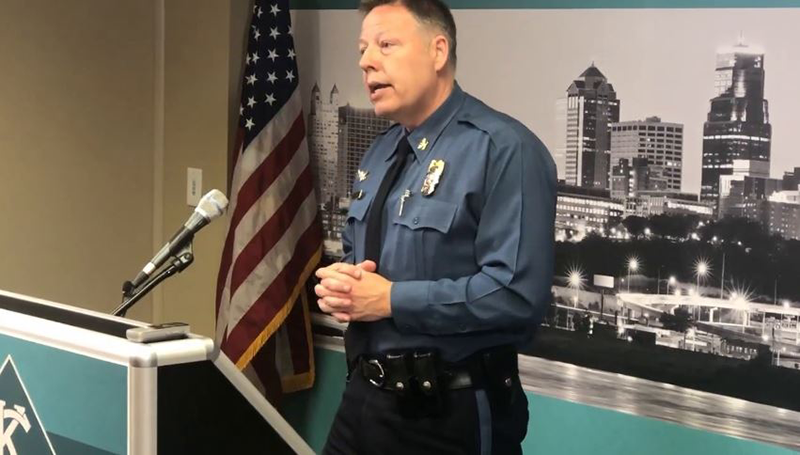 Kansas City Police Chief Rick Smith spoke in mid March about the stay-at-home order issued by the city to stop the spread of the coronavirus. Glenn E. Rice | The Kansas City Star

Many readers have questions about how life has changed with the coronavirus pandemic. “What’s Your KCQ?” is back with another round of answers.

The team at The Star and the Kansas City Public Library is staying on top of what you want to know about the pandemic. Keep asking us your questions here, in the module below, or at kansascity.com/kcq.

This week, one reader asks: “Have there been any changes in criminal activity during the last few weeks? There sure seem to be a lot more police sirens.”

Unfortunately, crime has continued during the past few weeks, as the metro area has been under stay-at-home orders.

There have been some changes.

Homicides have continued to climb. As of Friday, Kansas City police have reported nine homicides between March 24 and April 20. There were 15 killings reported in Kansas City in March, police said.

Since the stay-at-home order went into effect, Kansas City police have seen a drop in the number of other violent crimes. The number of reported rapes dipped from 25 to 11. Robberies fell from 113 in January to 85 in March.

Kansas City has seen a dramatic increase in domestic violence reports since stay-at-home orders were put in place across the metropolitan area, according to police.

From March 24, when the orders went into effect, until last Tuesday, 911 calls for domestic violence climbed 22% compared to the same time last year, Smith said.

This year, the number of domestic violence cases increased from 358 in January to 409 at the end of March. That represented a 14% uptick from the beginning of 2020.

“We attribute this to more people at home keeping an eye on their belongings all day,” Smith said. “We’ve seen the largest decreases in crime in the categories of thefts from vehicles, stolen cars and shoplifting (mainly because most retailers are closed).”

In Overland Park, police reported the number of calls for service have dropped nearly 25%. The number of arrests fell by 59% and overall crime dipped by almost 40%.

Kansas City, Kansas, police have reported no homicides since the stay-at-home orders were implemented. There have been 32 aggravated assaults and two rapes reported during the same time period.

The number of thefts, 310, are down by 30% from a year ago. The city has recorded three robberies since the stay-at-home order was put in place.

Since the beginning of the year, Lee’s Summit has experienced reductions in assaults, shoplifting, domestic violence calls and stealing. No homicides have been reported for the year. Rapes, aggravated assaults and residential burglaries are up slightly, according to police statistics.