Fantasy Football from the Stacks

Post date:
Wednesday, September 5, 2018
It’s late summer, and the signs of autumn are swirling in the air. Kids are back to school, you can almost detect a slight chill on the early morning air, the Renaissance Festival is in full swing, and thoughts turn to the coming of apple cider donuts.

Before any tailgating can get underway, fantasy footballers around the world need to assemble their squads. Among them is an elite group of Kansas City area librarians. For those unfamiliar with the game, fantasy participants draft NFL players from a variety of teams with the hope that they will rack up points based on offensive production during games. While librarians may not seem like the most likely participants, I posit that several library skills make us uniquely qualified to achieve make-believe gridiron glory.

Statistical analysis, knowledge of history as a predictor of future outcomes, and exhaustive research are all critically important here. As it happens, these are precisely the things we’ve been trained to do.

This will be the fourth year for our league, which was created by staff at the Central Library who recruited participants from several library systems. In addition to the Kansas City Public Library, staff members from the Mid-Continent, Johnson County, North Kansas City, Lawrence, and Metropolitan Community College libraries are included. The league was given the name Fifty Shades of Grunhard in honor of longtime Chiefs offensive lineman Tim Grunhard and the infamous E.L. James’ infamous novel that took the public library world by storm. Against all odds, the name has somehow managed to stand the test of time.

Before drafting, participants must also come up with a clever team name centered around a book title or bit of library jargon. Notable handles used in the past include A Game of Throws, Dewey Decibel System, Alex Shrugged (in honor of former Chiefs quarterback Alex Smith), Colquitt’s Pendulum (for Chiefs punter Dustin Colquitt), Jamaal the Pretty Horses (for former Chiefs running back Jamaal Charles), and the Dontari Code (for former Chiefs nose guard Dontari Poe). 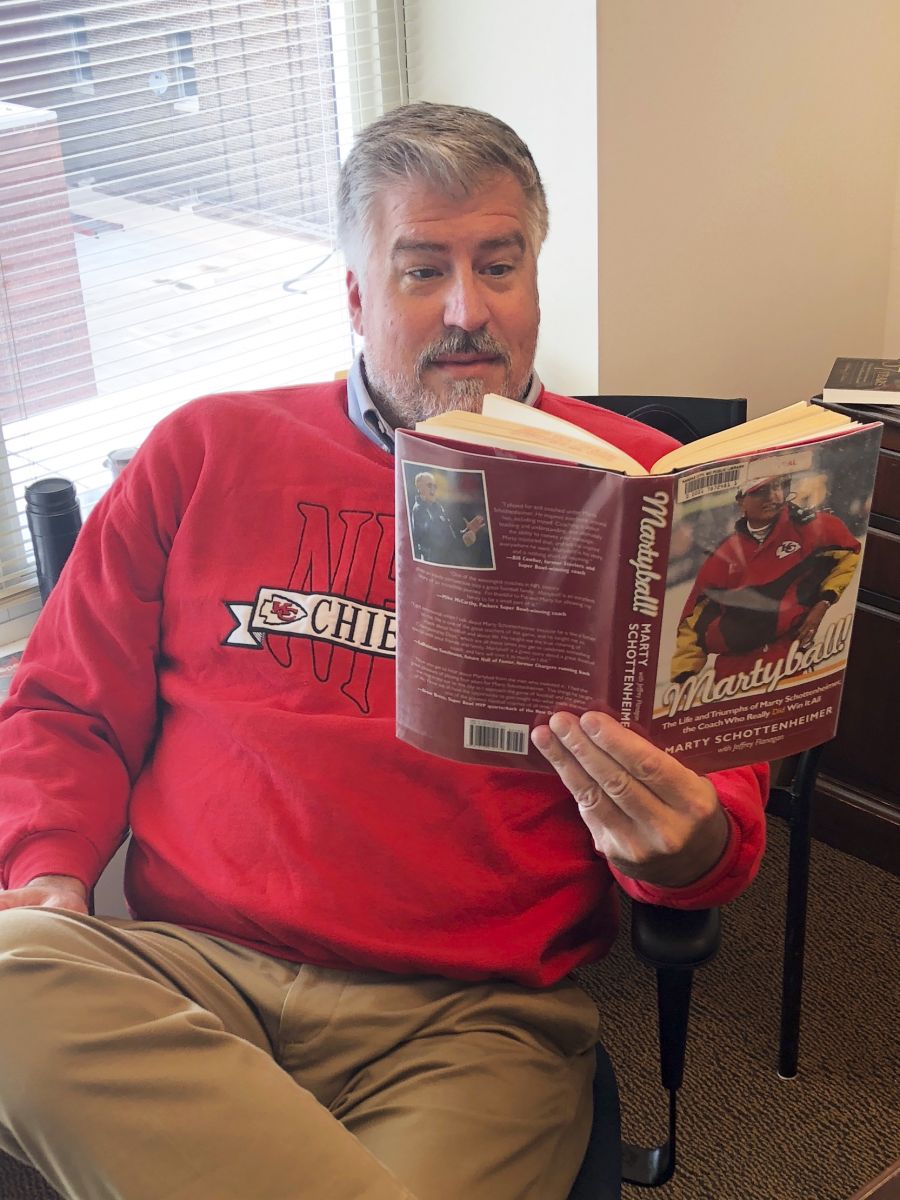 Missouri Valley Special Collections Manager and league co-founder Jeremy Drouin (pictured right) is our own Bill Belichick, claiming three consecutive league championships with his eye on a fourth. It’s easy to chalk his streak up to luck, but preparation is the name of the game for Drouin. He stresses the importance of having a plan going into your draft.

“A good draft won’t necessarily win you a championship, but a bad one will ruin your chances from the start,” he says. He also cautions against drafting with any sense of team loyalty, suggesting that those new to the game seek players who consistently produce yards and touchdowns rather than those who happen to don Chiefs red on Sunday.

Another key to fantasy football success is effective use of the waiver wire once the draft is complete. Each week, players can use this avenue to pick up free agents – NFL players who went undrafted – and Drouin is true waiver wire master, never failing to submit claims for the latest fantasy sleepers before the weekly deadline late on Tuesday nights.

Real-life New England Patriots coach Bill Belichick has just one sign hanging in his team’s locker room. It reads: “Every battle is won before it is fought,” a line taken from Sun Tzu’s The Art of War. No doubt, the ever-prepared Drouin has it scrawled on a Post-it note and stuck to his computer monitor at home.

Asked to account for his winning streak, Drouin directs a verbal jab to would-be challengers. “While the diplomatic answer would be that I have many years of fantasy football experience and have enjoyed some lucky breaks along the way,” he says, “the truth is that my in-depth knowledge of fantasy football strategy, and elite-level smack talking, are much, much more evolved than my league counterparts’." 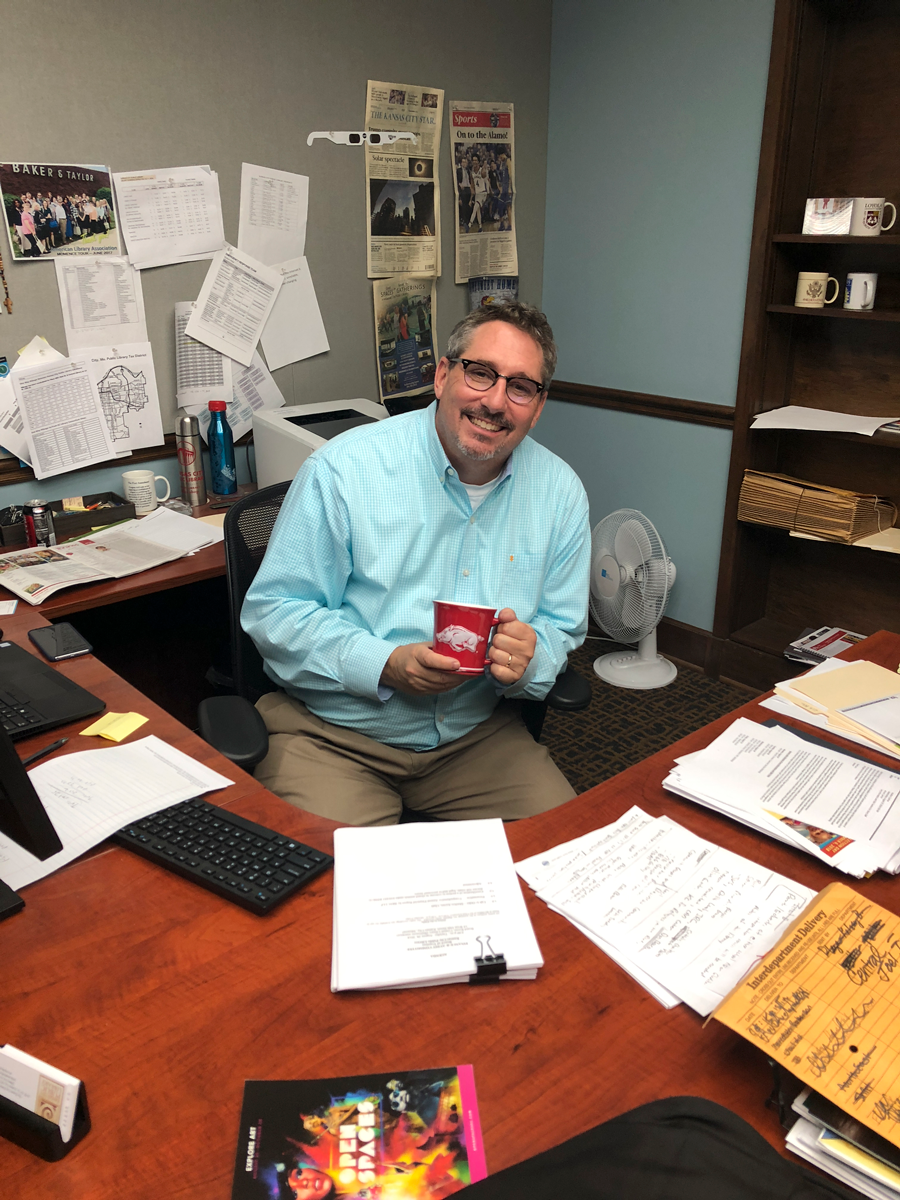 Speaking of smack talking, Drouin’s most outspoken rival is KCPL’s deputy director of library services, Joel Jones (pictured left). A first-time player when the league was created, Jones has become our most accomplished smack talker. Be it afterhours via online message board or a chance meeting on the elevator at work, his fellow players are sure to catch an earful.

“The key elements of trash talking are to exaggerate and, if need be, lie about your successes and downplay or ignore your failures,” Jones says. “Also, it’s good strategy to encourage the new members of the league to always draft a kicker in the first round and maybe even a backup kicker in the second.” 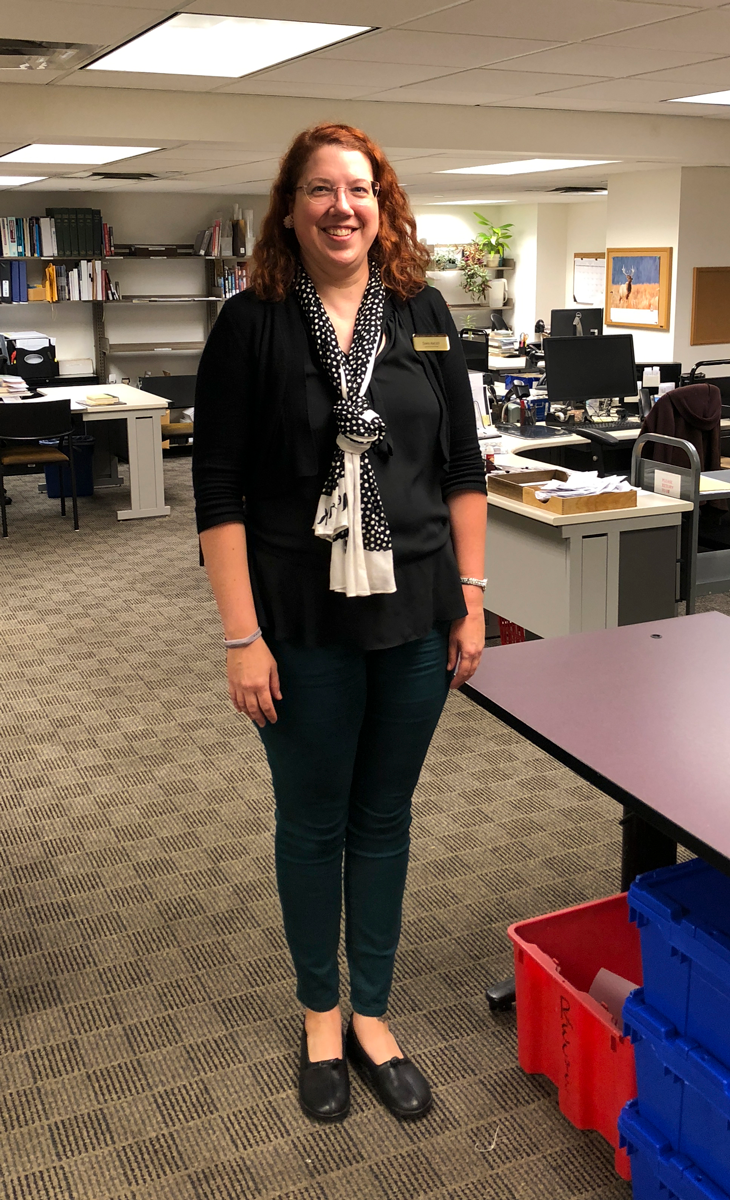 (For the uninitiated, one kicker is all that’s necessary and you always and without question draft that position with your final pick.)

KCPL Technical Services Manager Dawn Mackey (pictured right) was a new player when she joined the league three seasons ago, and may or may not have followed Jones’ ill-advised draft advice in her first outing. “I first became interested in football about eight years ago. Before that, I knew nothing about the sport,” she says. “Initially I focused on the Chiefs, but they don’t play in a vacuum. I needed a manageable way to learn about other teams, and fantasy football was how I went about it.”

Mackey is right. Knowledge of the game beyond your favorite team is crucial to fantasy football success – you need to know who chalks up statistics leaguewide. It’s a fun pastime, but you may find it strange to suddenly be rooting for a real-world adversary to gain yards or score points because it benefits your fantasy team.

Our fourth season kicks off this Thursday night, September 6, when the Atlanta Falcons take on the defending Super Bowl champion Philadelphia Eagles. 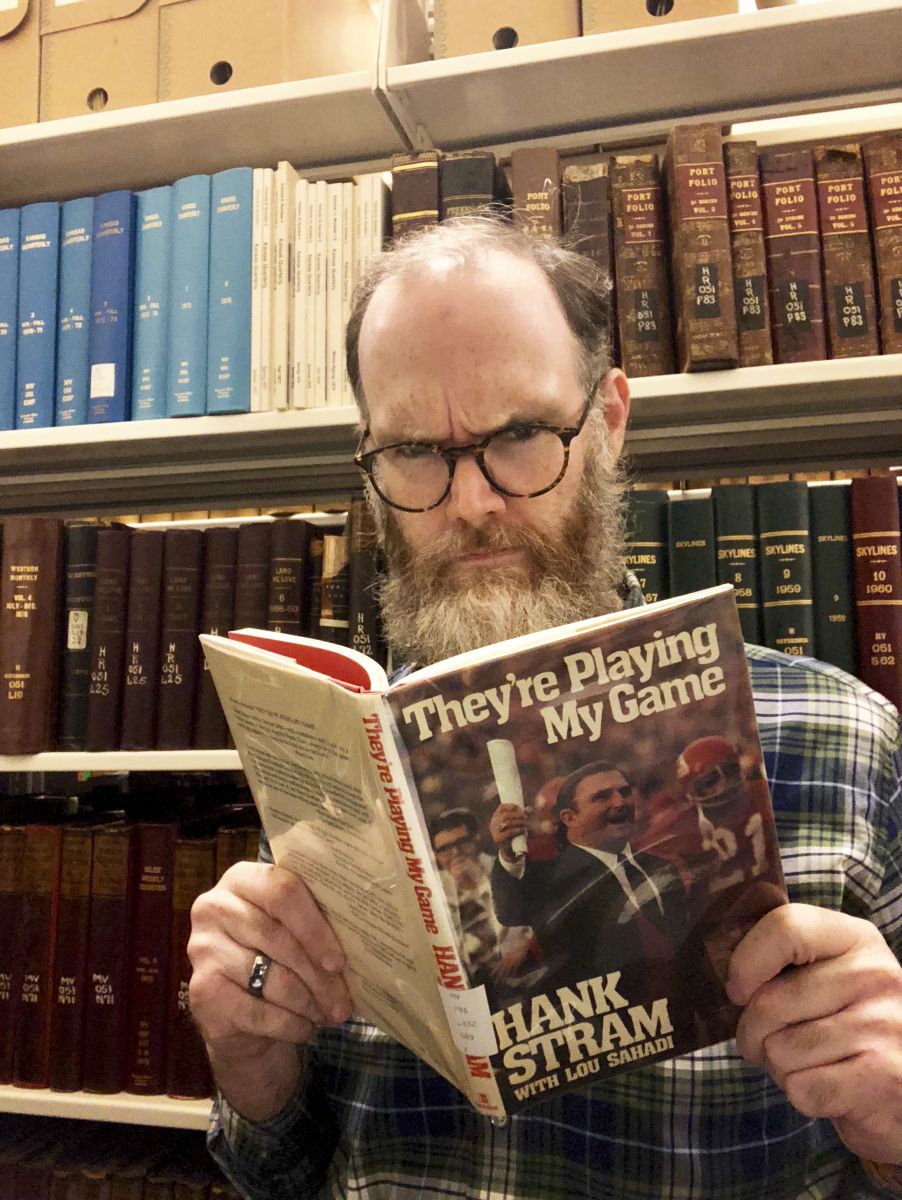