A dog? A bear? KC Q gets to know the animal on those Children’s Mercy Hospital signs

Drive past Children’s Mercy Hospital and you’ll be greeted by some unusual road signs.

It’s some sort of animal helping to direct drivers to the hospital entrance amid construction on the new Children’s Research Institute, scheduled to be completed by 2020. 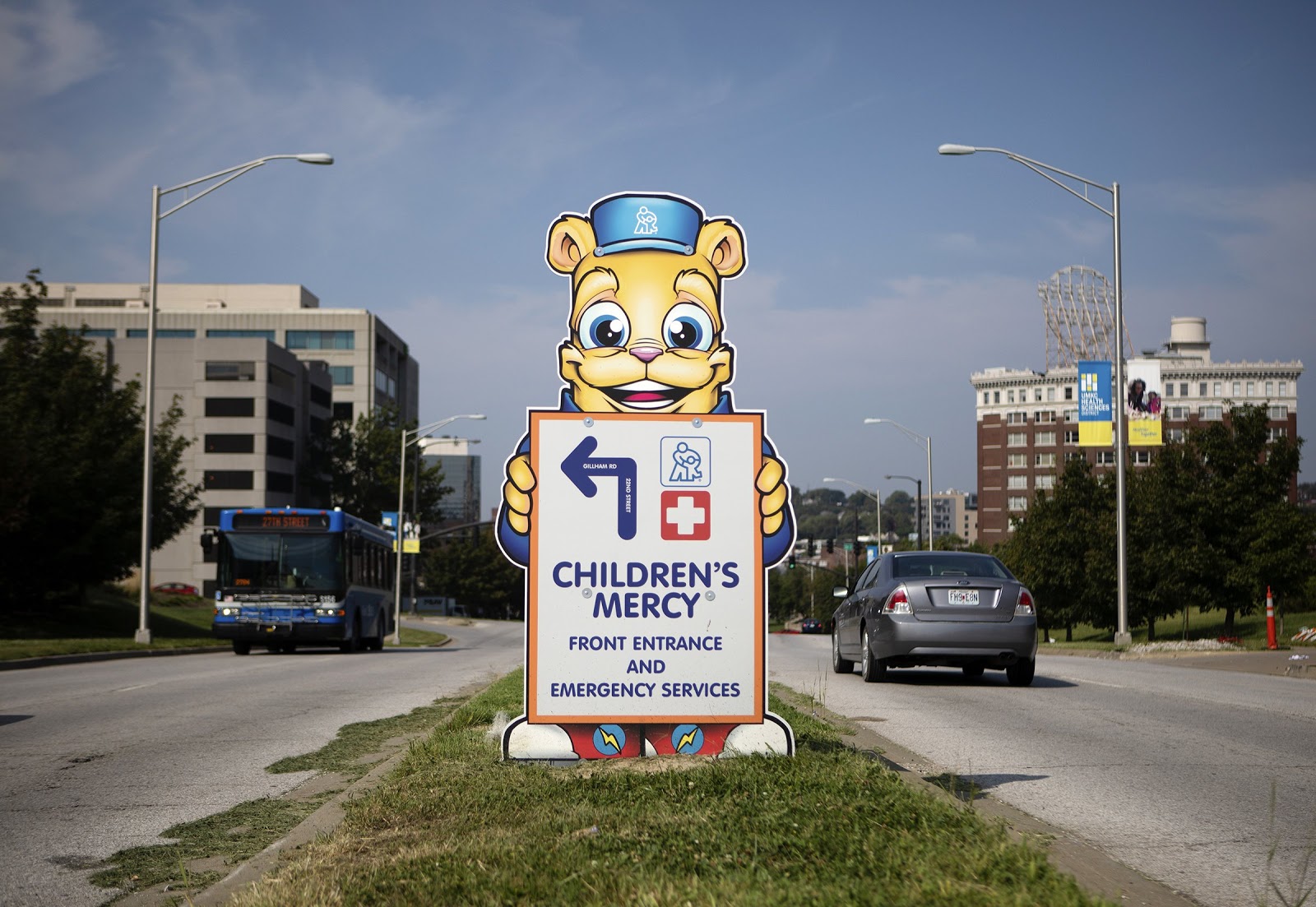 The signs prompted Amanda Krenos to ask “What’s Your KCQ?”: “What type of animal are the construction signs around Children’s Mercy?” “What’s Your KCQ?” is an ongoing series in which The Star and the Kansas City Public Library partner to answer reader queries about our region.

The bears are a resurrection of the Mercy Bear, a mascot the hospital hasn’t used in a long time. Ross, a graffiti artist who goes by the name Scribe, was tempted to make the signs kids’ size, but he decided to make them larger for readability. 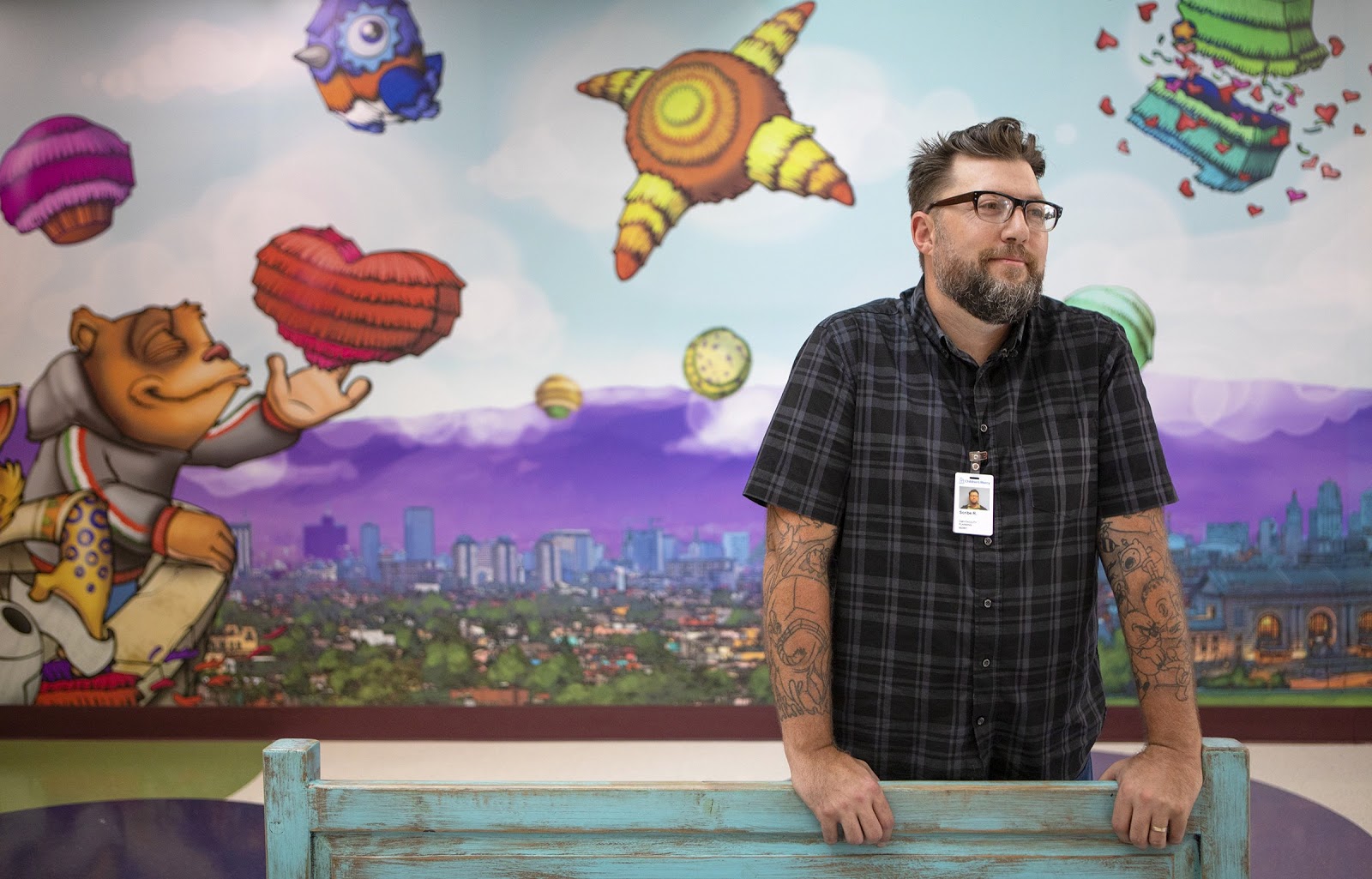 “I picture him as like a walking 3-D employee of the hospital that’s helping people," artist Donald "Scribe" Ross said of the bears on the signs. James Wooldridge | The Kansas City Star

After almost two decades of Scribe’s employment at the hospital, his work sparks imagination in almost every room. Children can play “I spy” with the murals lining waiting rooms and cafeterias. Whales float on the floor while smiling bumble bees hang from the ceiling.

“The bears are just kind of part of a larger cast of characters that make the kids feel safe and secure about being here at Children’s,” he said. Scribe still watches cartoons with his two sons. Through the shows, he can glimpse what young children are watching and laughing at.

“Maybe I’m struggling with growing up myself,” he said with a chuckle. “But I think that like laughter and smiles and stuff behind artwork like that are one of the coolest gifts that you can give people.” 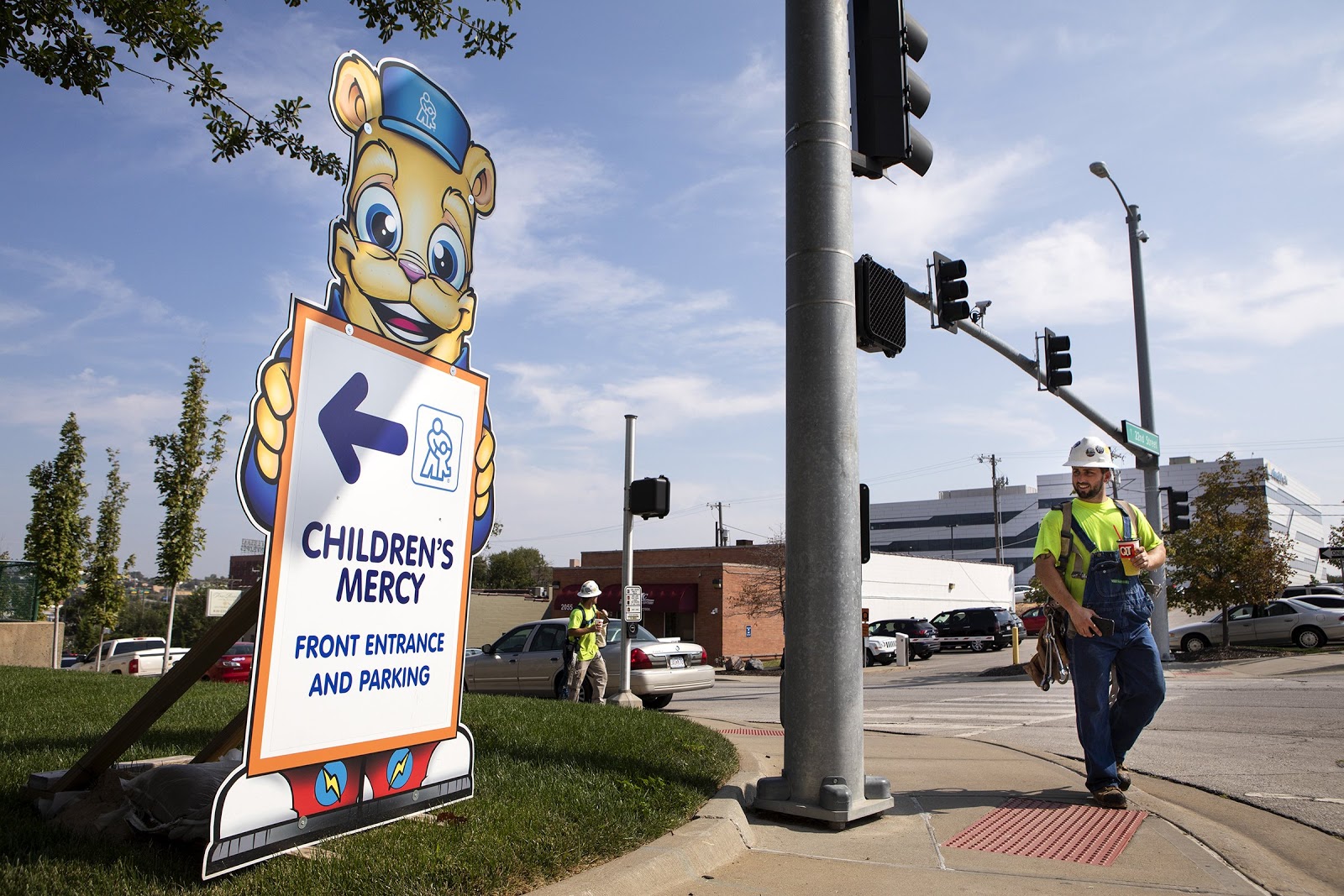 Dustin Gladbach, who works on the construction of a new building at Children’s Mercy Hospital, walks past a sign created by in-house artist Donald “Scribe” Ross. James Wooldridge | The Kansas City Star

Do you have a spooky question?

With Halloween right around the corner, we’re changing things up and asking readers, What’s Your KC Boooooo??? That’s right, we’re asking readers to submit your questions covering notorious hauntings, sinister stories and other eerie happenings in our region. Once we’ve gathered all submissions, we’ll hold a voting round and you’ll have the chance to help decide which spooky question Kansas City Star and Kansas City Public Library staff investigate.