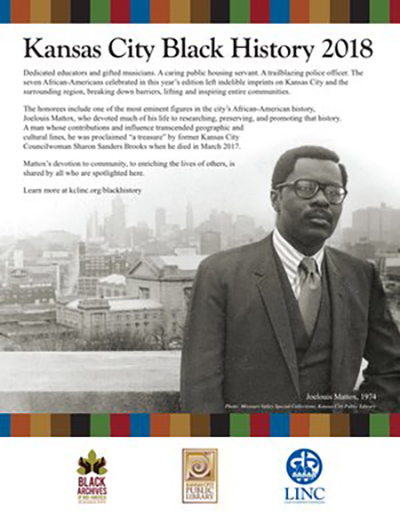 Among those featured in 2018 are dedicated educators and gifted musicians, a caring public housing servant, and a trailblazing police officer. The seven African-Americans left indelible imprints on Kansas City and the surrounding region, breaking down barriers and lifting and inspiring entire communities.

This year's series is dedicated to the memory of Joelouis Mattox, who devoted much of his life to researching, preserving, and promoting our city's African-American history. Mattox passed away in March 2017.

Read profiles of all of the Black History Month honorees below. A limited number of posters are available at Kansas City Public Library locations and the Black Archives of Mid-America. Files are also available to download and print over at LINC's website using these links:

Discover more about our region's past at kchistory.org. 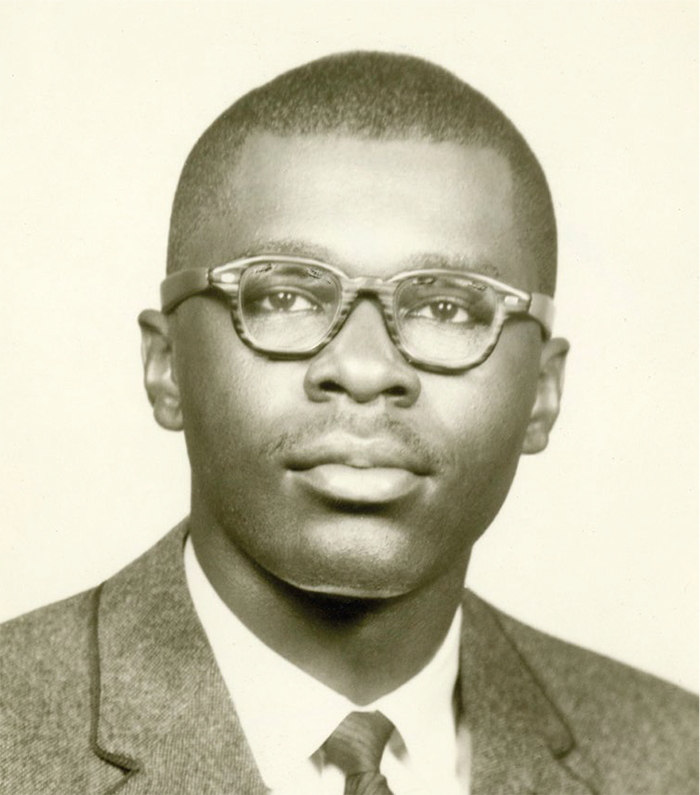 Joelouis Mattox's dream as a young man was to teach high school history. Military service altered his course, but history—the pursuit and preservation of Kansas City's African-American past—remained a lifelong calling. Named for former boxing champion Joe Louis, whom he considered a hero, Mattox was raised in segregated Caruthersville in southeast Missouri in the 1940s and '50s. He studied history and government at Lincoln University in Jefferson City before being drafted into the U.S. Army Signal Corps in 1962. Discharged four years later, he settled in the Kansas City area and went on to a more than three-decade career in community development, housing management, and historic preservation. He also emerged as one of the city's leading champions of African-American history, tirelessly researching events and individuals, fighting to save local landmarks, speaking at libraries and other venues, and serving as historian for a number of agencies and organizations. The Jackson County Historical Society gave Mattox its Cultural Heritage Award in 2007. A year later, he received the federal President's Volunteer Service Award. And in 2014, Kansas City's Human Relations Department honored him with its Martin Luther King Jr. Spirit of Unity Award. Mattox died in March 2017.

A legacy of research

A collection of Mattox's research papers, housed at the Battle of Westport Visitor Center and Museum, recently was donated by the museum to the Library's Missouri Valley Special Collections (MVSC). The articles, photos, community newsletters, posters, and assorted documents reflect Mattox's devotion to historic preservation and in researching and writing about Kansas City's African American history. The materials will be cataloged by MVSC archivists and added to a previous collection of items donated by Mattox himself.

"Joe was not only a friend and supporter of MVSC, but also of numerous libraries, archives, and historical agencies throughout the city," says Jeremy Drouin, special collections manager. "He shared their mission in preserving and promoting Kansas City's history—whether it be a historic building, neighborhood, or event—and was never shy when it came to sharing his knowledge with others. Joe had the foresight to ensure his extensive research was preserved and available to future generations of historians who share his same passion. The Kansas City Public Library is grateful to be the archival home of his research papers." 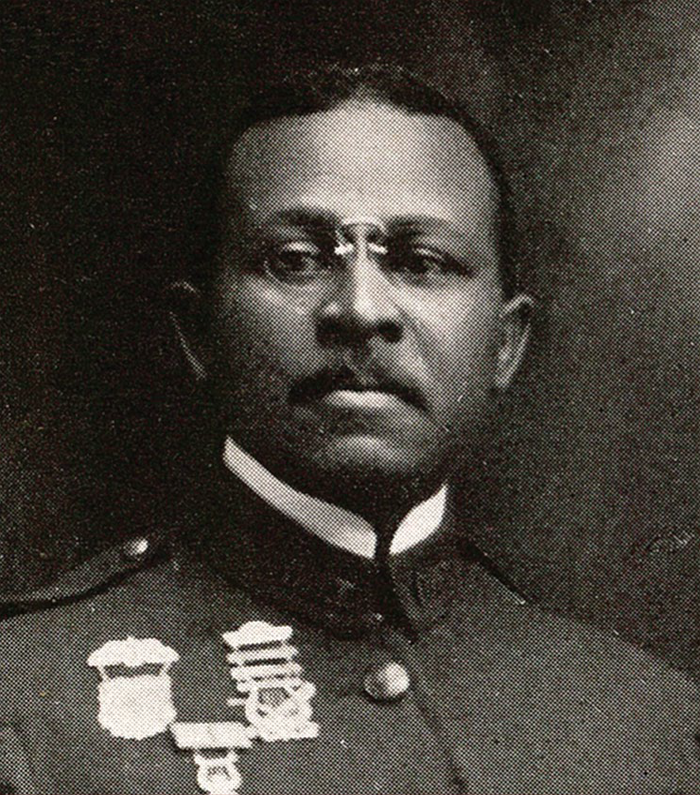 N. Clark Smith was a prominent musician, composer, and instructor and one of the most accomplished African-American bandmasters of the early 20th century. Music and military discipline were instilled in the native Kansan at an early age. Born and raised in Leavenworth, he was greatly influenced by his father, a regimental trumpet player in the 24th Infantry. By the time he earned a degree in music arts from Chicago Musical College in 1905, Smith had organized and led numerous bands and garnered international acclaim as a bandmaster touring worldwide with a popular minstrel troupe. After graduation, he served as music director at the Tuskegee Institute in Alabama and Western University in eastern Kansas, and was bandmaster and military instructor at Lincoln High School in Kansas City from 1916-22. Although a stern taskmaster, Smith had a gift for cultivating an appreciation for music and developing the musical talents of his students. Several first-generation Kansas City jazz musicians, including Bennie Moten, Julia Lee, and Harlan Leonard, studied under him. As a composer, Smith drew inspiration from black folk and spiritual music and was awarded a Wanamaker Prize in 1930 for his Negro Folk Suite composition. He continued to compose and teach music until his death in 1935. 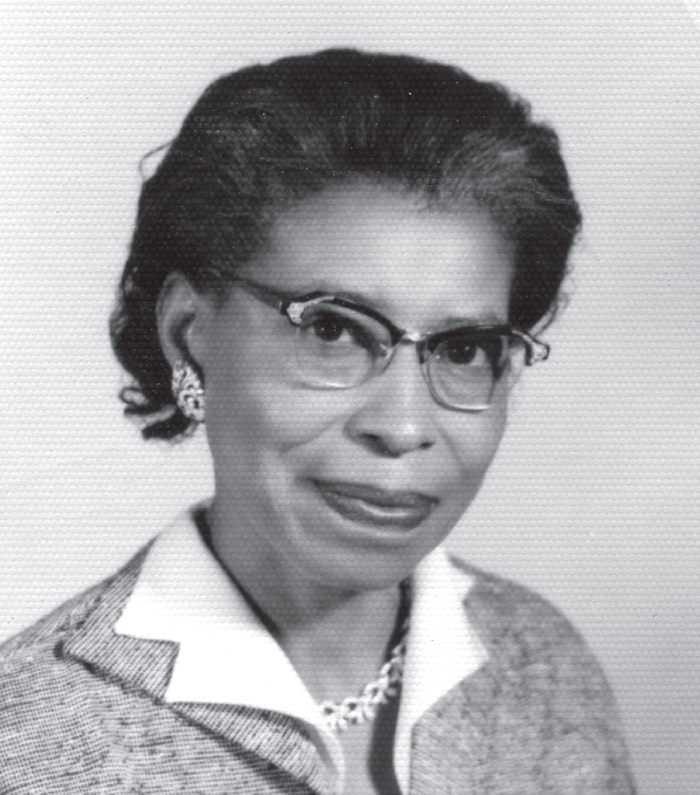 Corinthian Clay Nutter was a teacher who fought to expand educational opportunities for her students. She was born in Forney, Texas. Her family relocated frequently as her parents sought work, and Nutter had to drop out of school at age 14. She moved to Kansas City in 1922, managed to earn her high school degree in 1936, and went on to graduate from Western University in Quindaro, Kansas. In 1938, she obtained her Kansas teaching license and took a position at Merriam's Walker Elementary School, a segregated institution that lacked indoor plumbing and other modern amenities. When a new school opened in the city in 1947 and African-American students were not permitted to attend, Nutter joined a boycott of the dilapidated school and organized a home school for children in the community. The aggrieved group sued and won a case, Webb v. School District No. 90, that reached the Kansas Supreme Court and opened the doors of the new school to African-Americans. Nutter continued her own education and advanced her career, eventually becoming the principal of Westview Elementary School in Olathe, Kansas. She retired in 1972, and is remembered for her role in desegregating public schools. She passed away in 2004 at the age of 97. 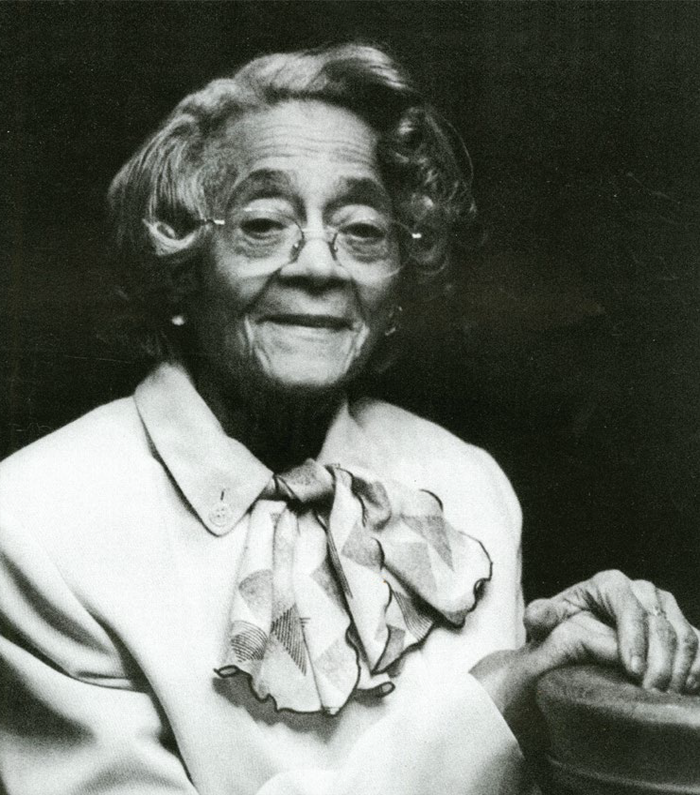 Gertrude Keith worked for many years to ensure that Kansas City's disadvantaged residents had access to safe and affordable housing. Raised by relatives in KC after the deaths of her parents, she experienced segregation in her youth and, later in life, recalled witnessing a cross burned on a neighbor's lawn. At a time when many young African-Americans were unable to cover the distance to the only high school in the city open to them, Keith's grandmother made education a priority and moved her family closer to Lincoln High School. Keith graduated from there in 1930 and then studied music at the University of Nebraska, where she met her husband, jazz musician Jimmy Keith. They started a family back in Kansas City, and Gertrude found work with the city's housing department. She was appointed the first director of the Wayne Minor Courts housing development in 1960, advanced in her career over the years, and retired as an associate director of the Land Clearance for Redevelopment Authority. Keith also was a dedicated community activist who worked for the creation of the Spirit of Freedom Fountain—honoring the contributions of Kansas City's African-Americans—along Brush Creek. In 2003, the research library at the Bruce R. Watkins Cultural Heritage Center was named for her. She passed away in 2009. 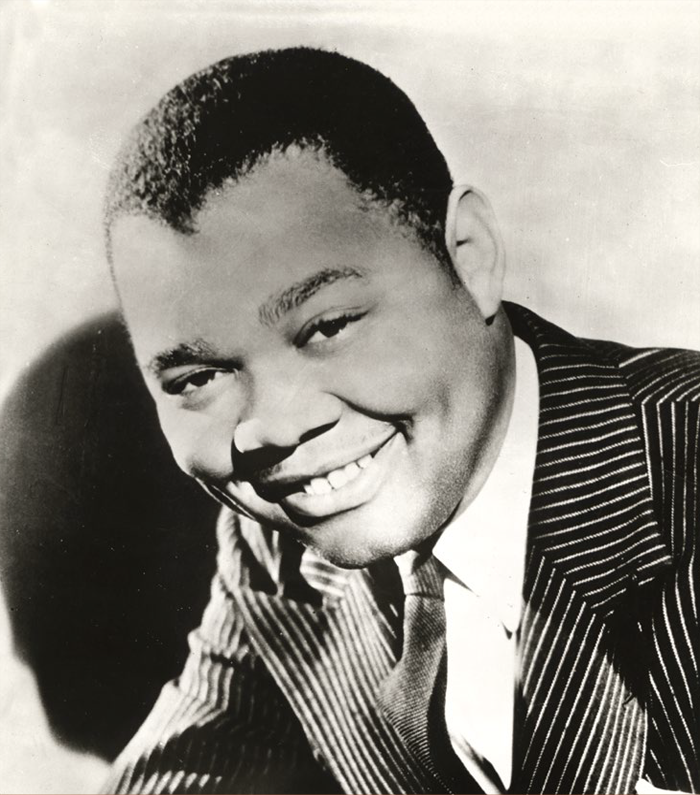 James Columbus "Jay" McShann was a prominent and influential jazz pianist and band leader. Growing up in Muskogee, Oklahoma, he defied his parents' disapproval of his musical inclinations and taught himself to play the piano. He stuck to his craft and began his professional career by the 1930s, touring with jazz groups in the South and Midwest. En route to Omaha, Nebraska, in 1936, McShann's bus stopped in Kansas City and he found there was work for jazz musicians in the city's numerous nightclubs. He decided to stay and eventually formed the Jay McShann Orchestra, a group that gave a young saxophonist named Charlie Parker his start. McShann helped develop what became known as the Kansas City sound, a jazz style heavily influenced by rhythm and blues and driven by catchy riffs. He continued to tour and record music, putting his career on hold when drafted into the U.S. Army during World War II. Along with other notable musicians such as Count Basie and Big Joe Turner, McShann was featured prominently in the 1979 Kansas City jazz documentary Last of the Blue Devils, exposing his music to a new generation. He passed away in 2006. 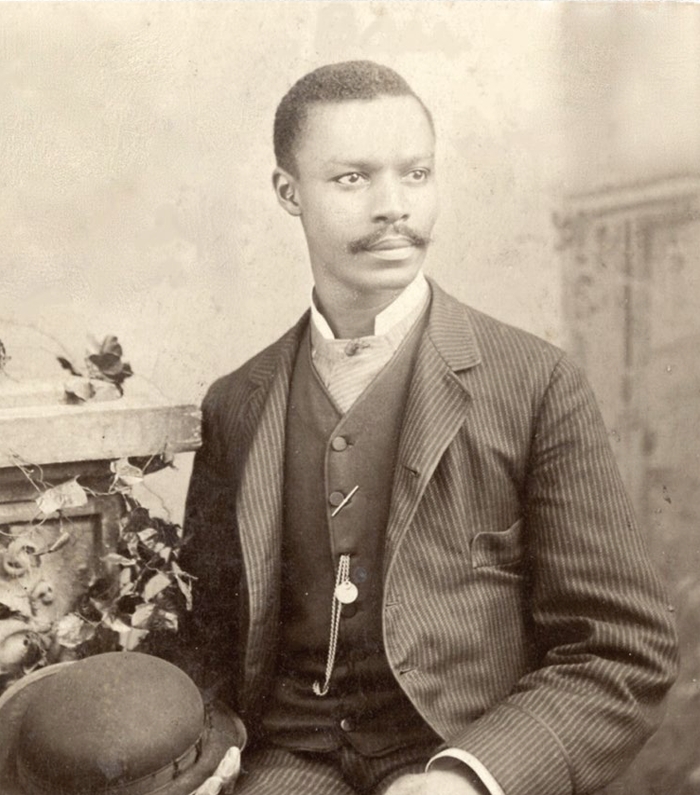 Lafayette Alonzo Tillman is remembered most for being one of the city's first African-American police officers. He was born in Evansville, Indiana. After high school, Tillman attended Oberlin (Ohio) College and Wayland Seminary in Washington D.C. He focused initially on developing his vocal talents, touring with several successful singing groups and performing once at the White House. He settled in 1881 in Kansas City, where he opened a restaurant and worked as a barber, eventually opening his own shop at 12th Street and Grand Avenue. There, with his wife Amy, he started a family. Tillman developed an interest in law and enrolled in the Kansas City Law School, but left his studies to join the U.S. Army at the outbreak of the Spanish-American War in 1898. He advanced to the rank of first lieutenant before returning from the Philippines to Kansas City. In recognition of his service, a group of prominent citizens secured a position for Tillman with the Kansas City Police Department, and he worked as a policeman until his death in 1914. He was accorded full military honors at his funeral. 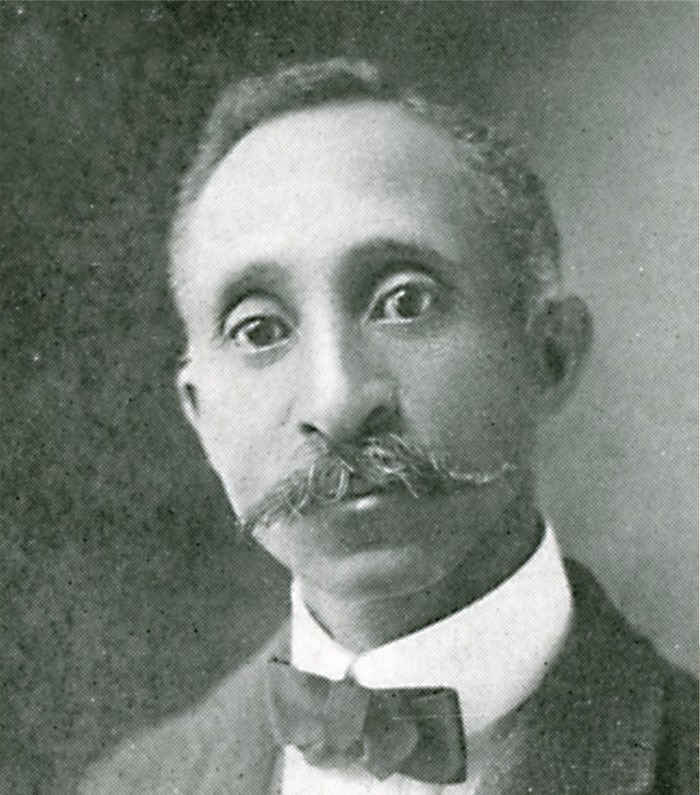 Richard Thomas Coles was an educator who focused on teaching manual arts to African-Americans—passing along practical, job-related skills—after the Civil War. He was born in Pittsburgh, Pennsylvania, in 1859 to parents who instilled the value of education in their children. After high school, Coles enrolled in the Hampton Institute in Virginia, where he met and befriended future educator and civil rights activist Booker T. Washington. Hampton offered a manual arts curriculum, and both Coles and Washington were heavily influenced by what they learned there. Coles arrived in Kansas City in 1880, found work as a teacher, and in 1886 began offering a manual arts education to the city's African-American students through the opening of the Pleasant Green School. The Kansas City School Board eventually recognized its value and absorbed the school in 1890, renaming it the Garrison School. Coles, who married fellow teacher Richie Cooper in 1892, served as president of the African-American division of the Missouri State Teachers Association for two years, as the editor of a weekly newspaper, and as a member of the Inter-Racial Committee of Twelve, an early civil rights advocacy group in Kansas City. He served as principal of the Garrison School for more than 40 years—until his death in 1930. Six years later, the Kansas City School District opened and named the R.T. Coles Vocational School in his honor.