LGBT Pride Month in June commemorates the Stonewall riots in New York's Greenwich Village, which ignited the gay rights movement in the United States in 1969. The Library celebrates Pride Month with LGBTQIA+ book recommendations, highlights from past programs, film offerings, and other resources.

The Big Queer Non-Fiction List
Enjoy some non-fiction from the LGBTQ community this Pride season.
View list in catalog >

Happy Pride! LGBTQ Fiction for Adults
Authors who are LGBTQ+, writing about characters who are often LGBTQ+.
View list in catalog >

Listen to audio or watch video from some of the Library's past signature events that discuss LGBTQ history and experiences.

At the height of the AIDS crisis, the Kansas City City Council added “sexual orientation” to the local Civil Rights Ordinance, barring discrimination against lesbians, gays, bisexuals, and people with HIV/AIDS. In June 2018, on the 25th anniversary of the ordinance, the Library hosted a program that explored its legacy and compared and contrasted the struggle for LGBT rights then and now.


No Place Like Home: Lessons in Activism from LGBT Kansas

C.J. Janovy, former editor of The Pitch and now the digital content editor for public radio affiliate KCUR 89.3 FM, discussed her 2018 book No Place Like Home: Lessons in Activism from LGBT Kansas. Traveling through a state whose national reputation is all too tied to Topeka’s gay-degrading Westboro Baptist Church, she found LGBT activists who fought in ways big and small for the respect of their neighbors, their communities, and their government, lending hope to those alarmed by the treatment of minorities in an increasingly polarized country. Since its publication, the book was awarded the 2019 Stubbendieck Great Plains Distinguished Book Prize and was a finalist for the Lambda Literary Award for LBGTQ Nonfiction. Listen to audio from the presentation here. 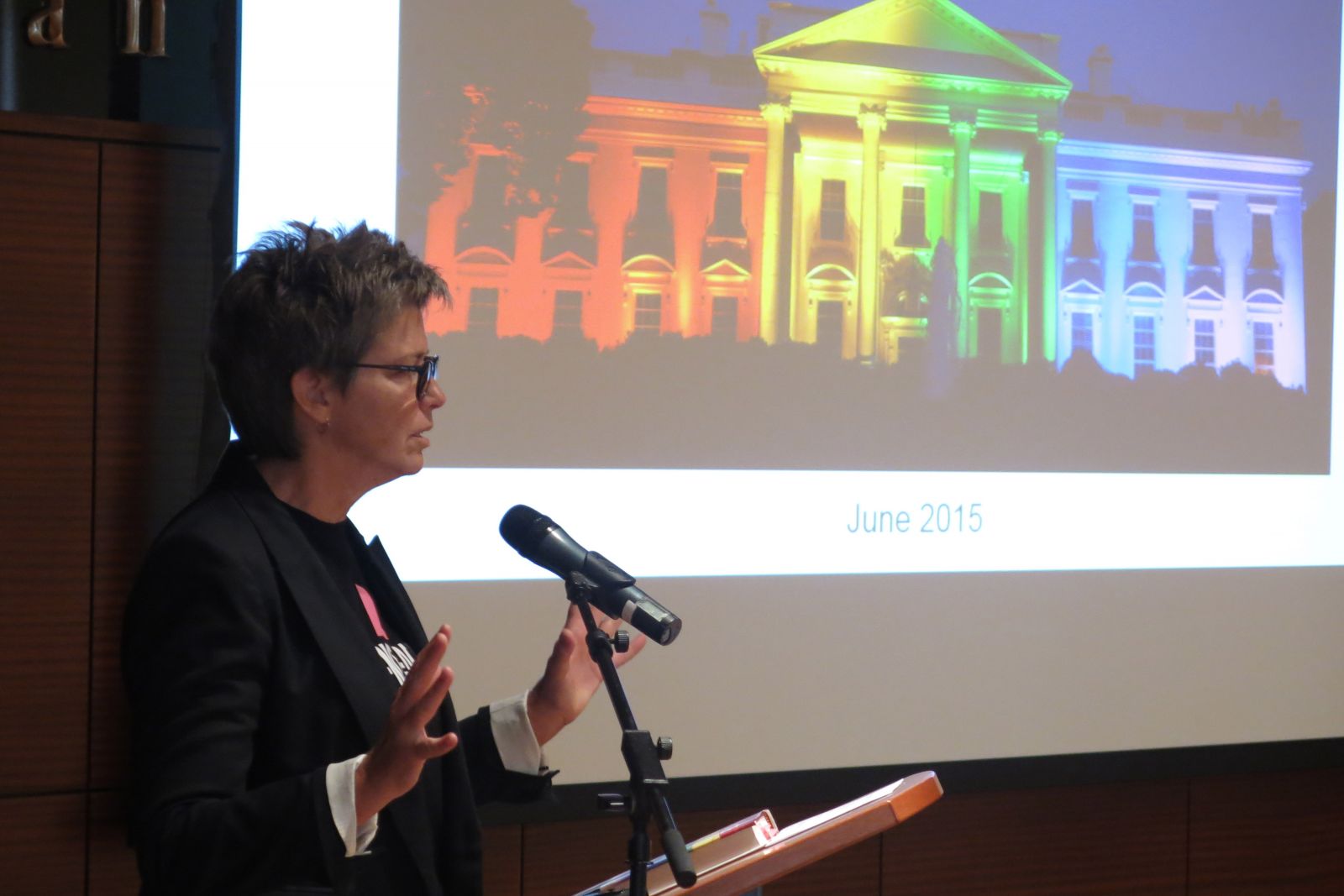 C.J. Janovy discusses her book "No Place Like Home: Lessons in Activism from LGBT Kansas" during a 2018 presentation.