Author David McCullough, a Favorite at the Kansas City Public Library, Dies at 89

McCullough’s work spanned decades, from the 1968 release of The Johnstown Flood through 2019’s The Pioneers. In that time, he made several appearances at the Kansas City Public Library, including his 2015 event at Central Library when he spoke about The Wright Brothers.

“People often ask me if I’m working on a book,” he said in an interview with The New York Times in 1992. “That’s not how I feel. I feel like I work in a book. It’s like putting myself under a spell. And this spell, if you will, is so real to me that if I have to leave my work for a few days, I have to work myself back into the spell when I come back. It’s almost like hypnosis.” 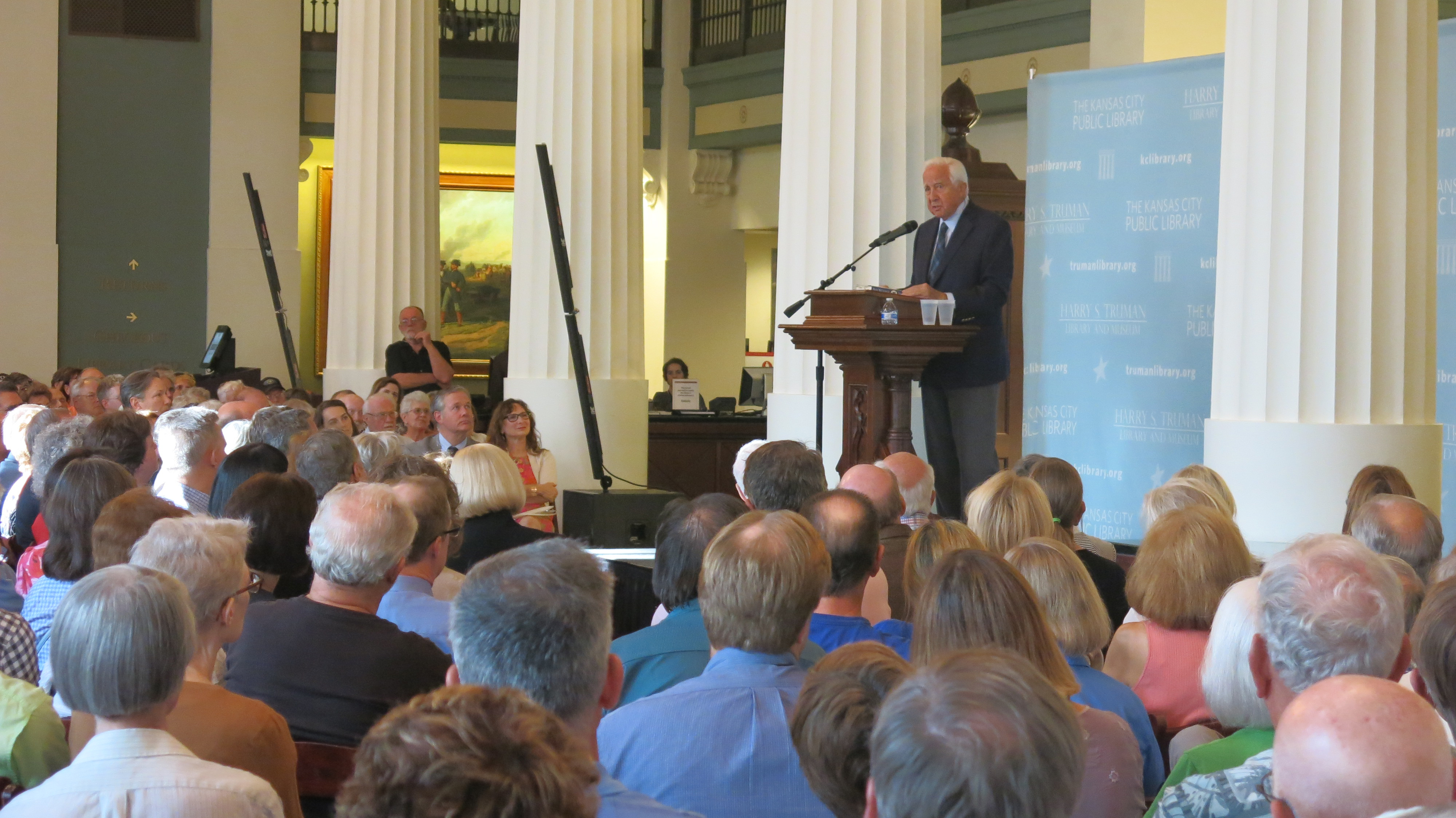 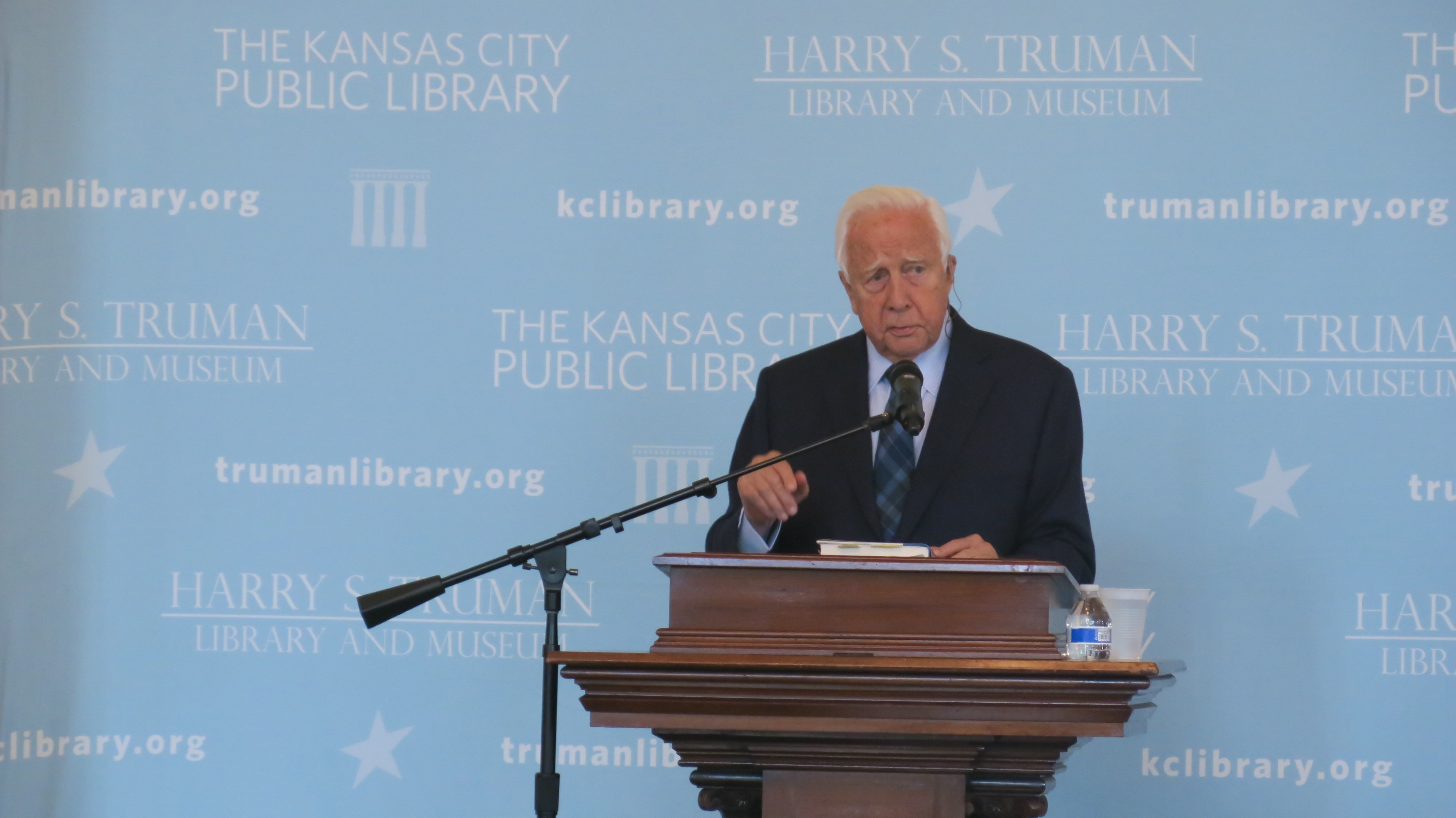 That immersion in his work was evident to those who attended his Library events.

“David drew a big crowd each time he visited. Everyone loved to listen to him, and his talks seemed so natural, unscripted – he was just speaking from his knowledge of the subject matter,” says Kaite Stover, the Library’s director of reader services.

Visit the Library's world famous Community Bookshelf on 10th Street between Wyandotte Street and Baltimore Avenue, where McCullough's Truman is memorialized, and celebrate McCullough’s work by checking out his books from the Library: The Voice of American History.