From Art to Artifacts: Remembering the 1976 Republican National Convention

All eyes were on the city for the showdown between incumbent President Gerald Ford and California Gov. Ronald Reagan at what turned out to be the country’s last contested political convention.

Twelve of Steadman’s inimitable drawings ultimately were published in Rolling Stone alongside John Dean’s first-person story, “Rituals of the Herd.” Six of them and six more Steadman illustrations from his time in Kansas City are part of a special traveling exhibit, Ralph Steadman: A Retrospective, on display at the Kansas City Public Library’s Central Library through September 8, 2019.

In 2016, the Library marked the 40th anniversary of the ’76 Convention with a special exhibit, Republican Showdown in Kansas City, created in partnership with the University of Kansas’ Dole Institute of Politics. It drew, in part, from holdings in the Library’s Missouri Valley Special Collections. The MVSC houses a number of artifacts from the convention and, in conjunction with its 43rd anniversary and the Steadman retrospective, we thought we’d showcase a bit of both.

July 17, 2016
The last contested Republican convention included days of debate, deals, and handshakes, ending with incumbent Gerald Ford pulling out a narrow victory over former California Gov. Ronald Reagan. The intense deliberations extended to the selection of Kansas Sen. Bob Dole as Ford’s running mate. Forty years after the G.O.P. convention was held in Kansas City, the Library hosted a panel discussion of the three days of drama in Kemper Arena. The event was co-presented by the Dole Institute of Politics at the University of Kansas and marked the opening of the exhibit Republican Showdown in Kansas City. Video of the program is available to view on C-SPAN's website. 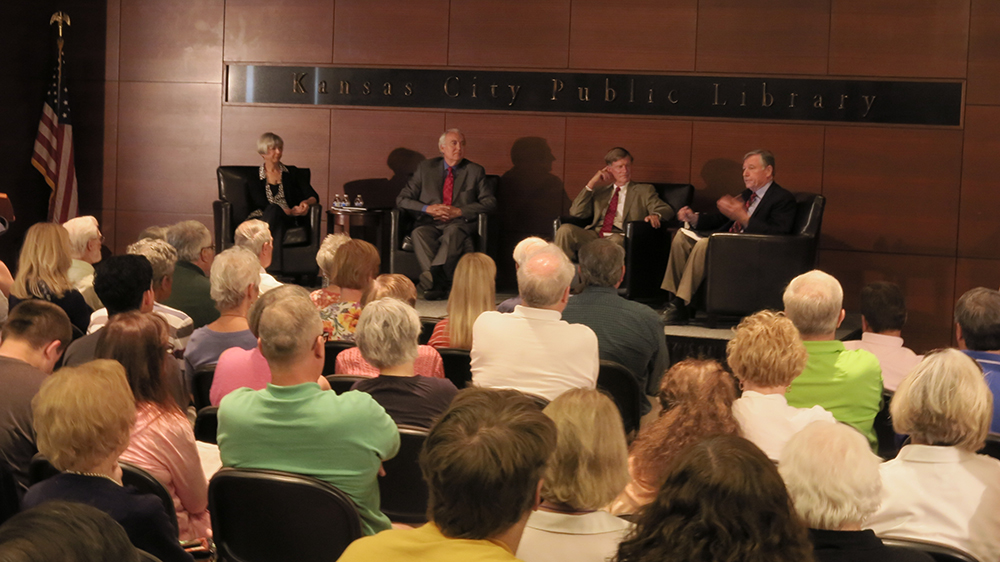 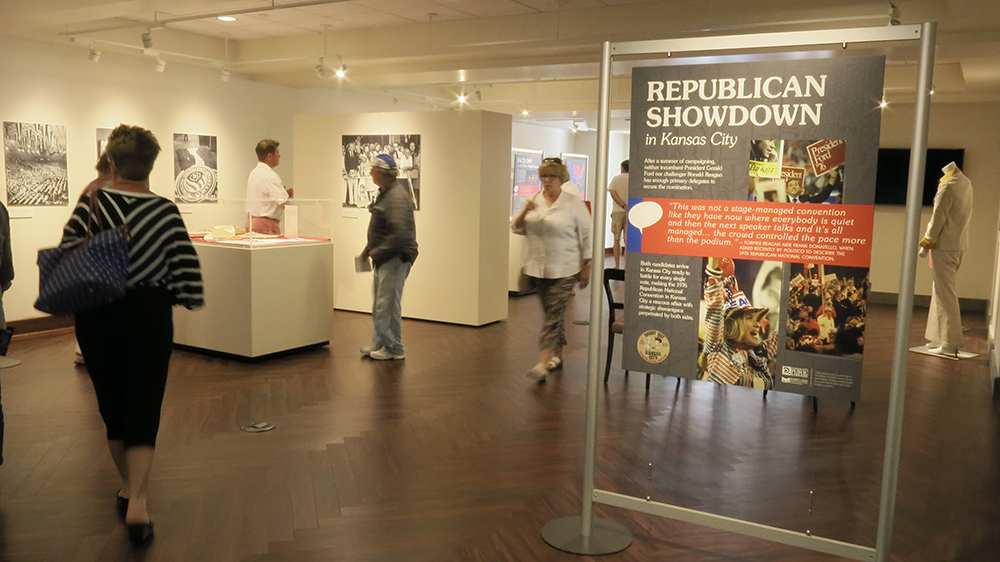 The Republican Showdown in Kansas City exhibit at the Central Library in 2016.


Art and Artifacts from the Convention 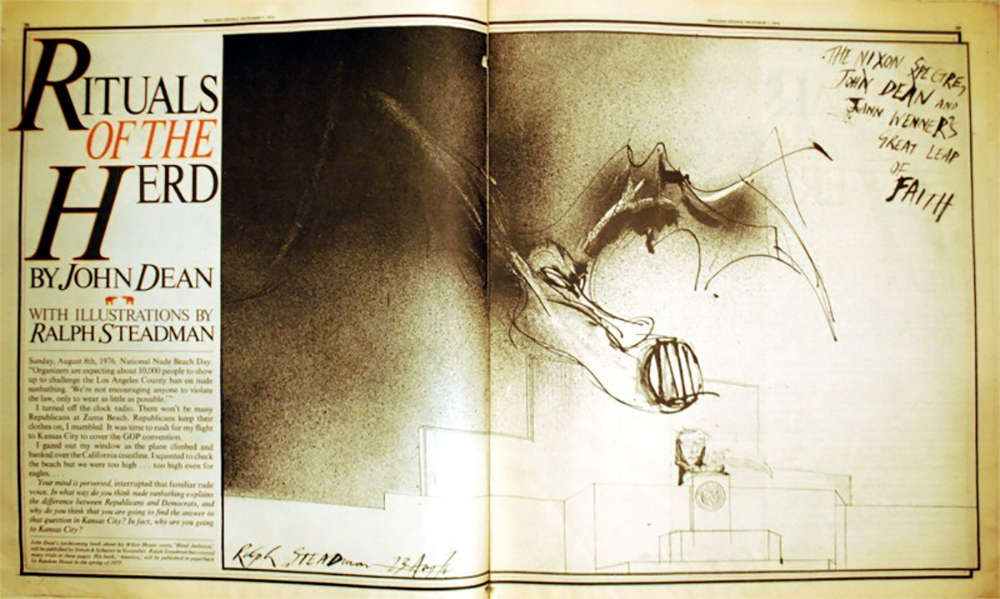 Spread of the Oct. 7, 1976 edition of Rolling Stone in which John Dean's "Rituals of the Herd" was published. The piece incldued Ralph Steadman's illustrations of scenes from that year's Republican National Convention in Kansas City. 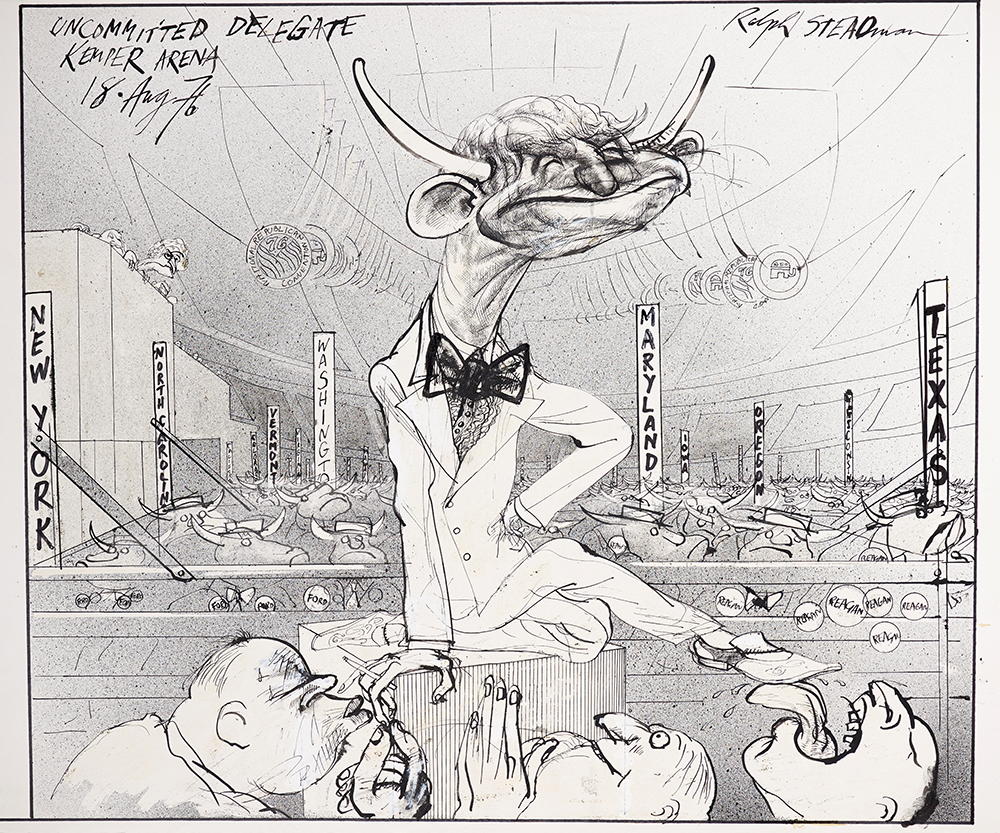 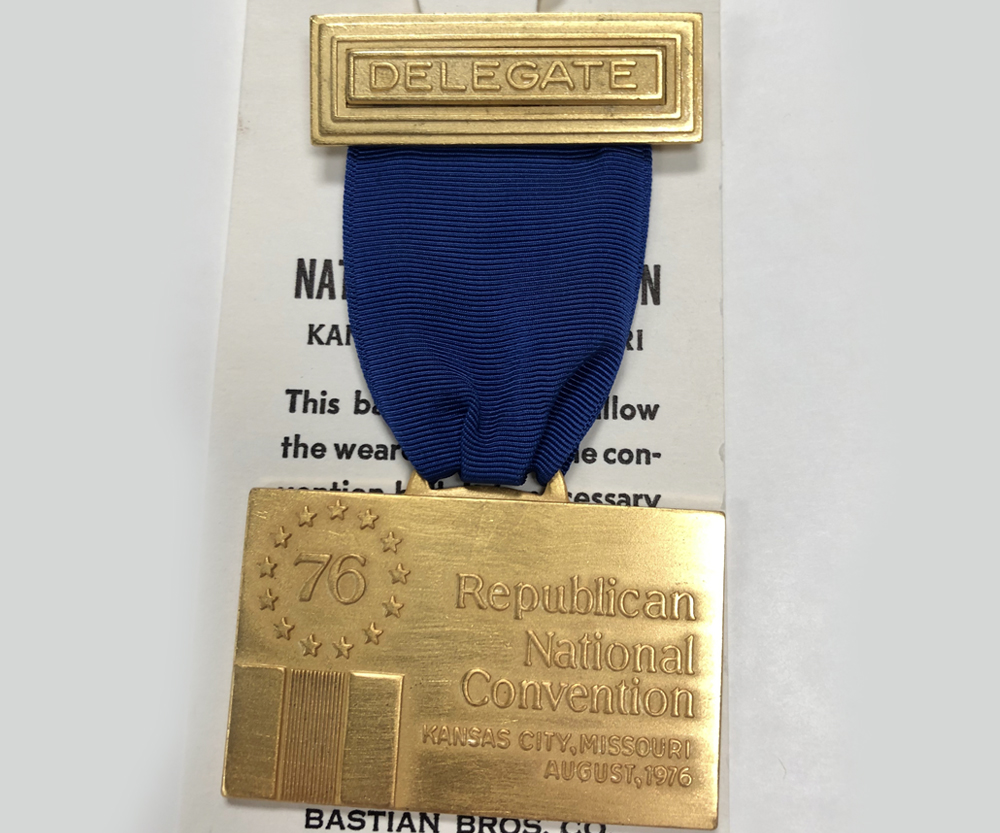 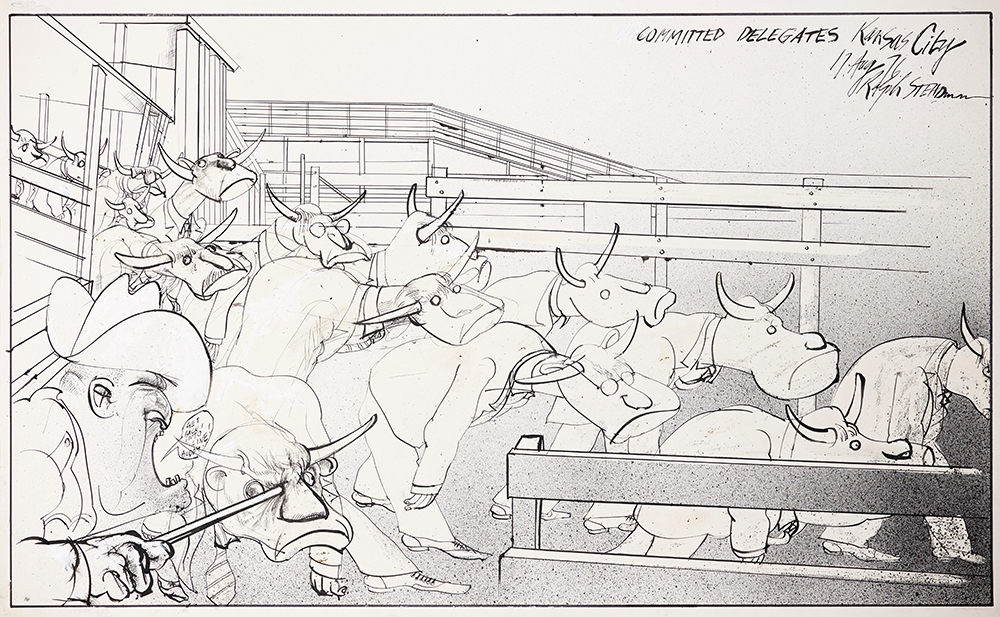 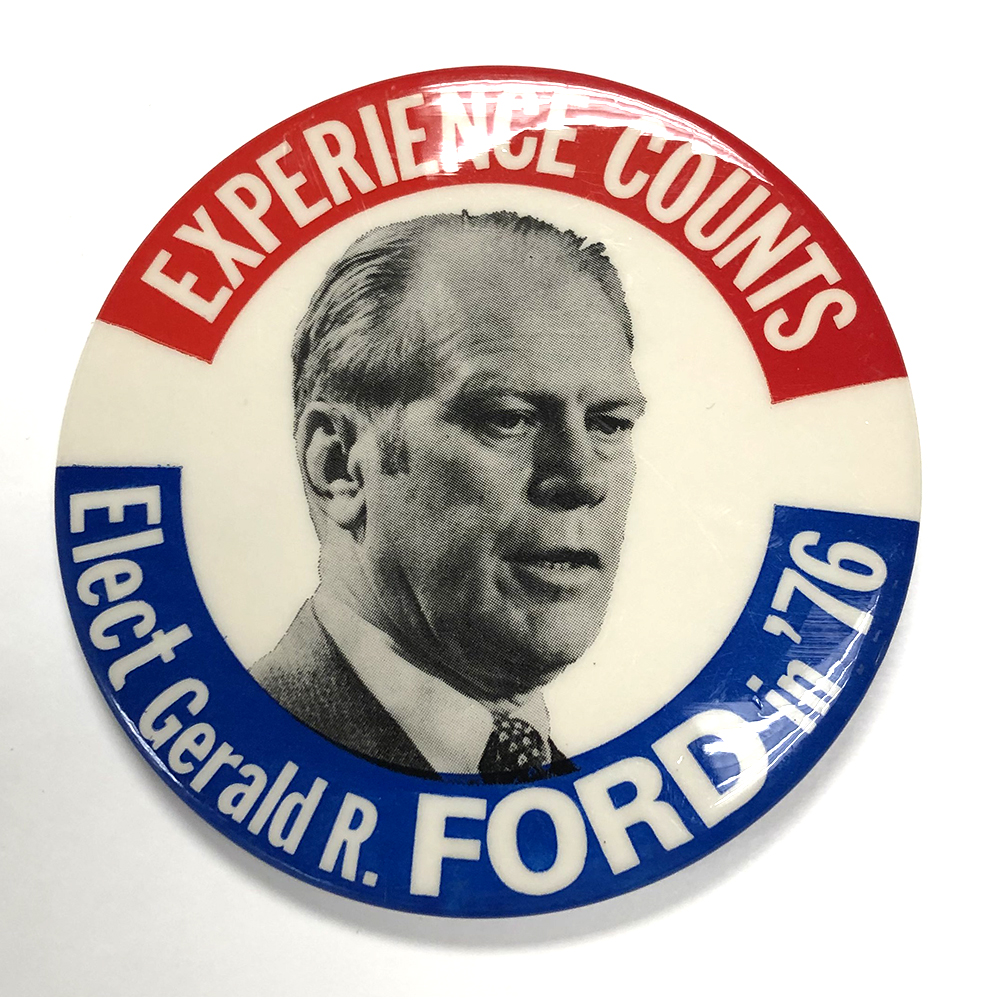 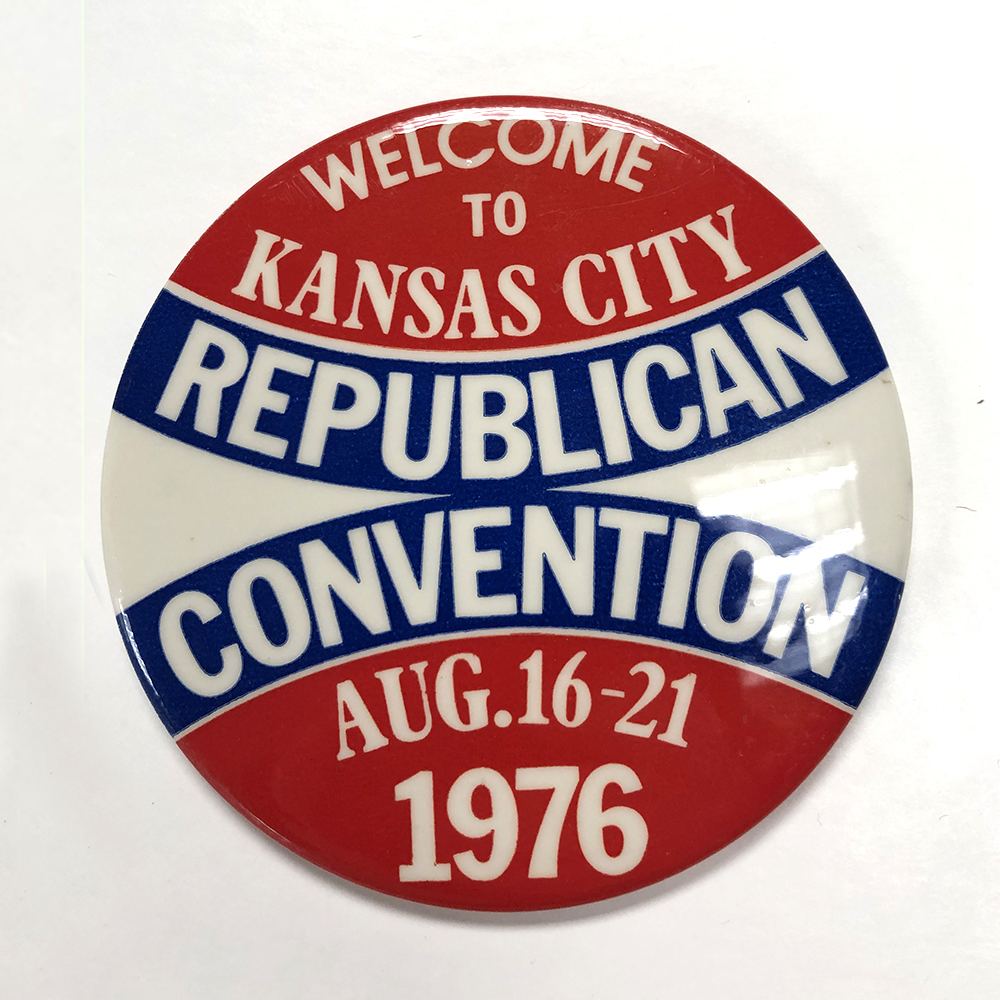 Commemorative button for the 1976 G.O.P. Convention in Kansas City. (MVSC) 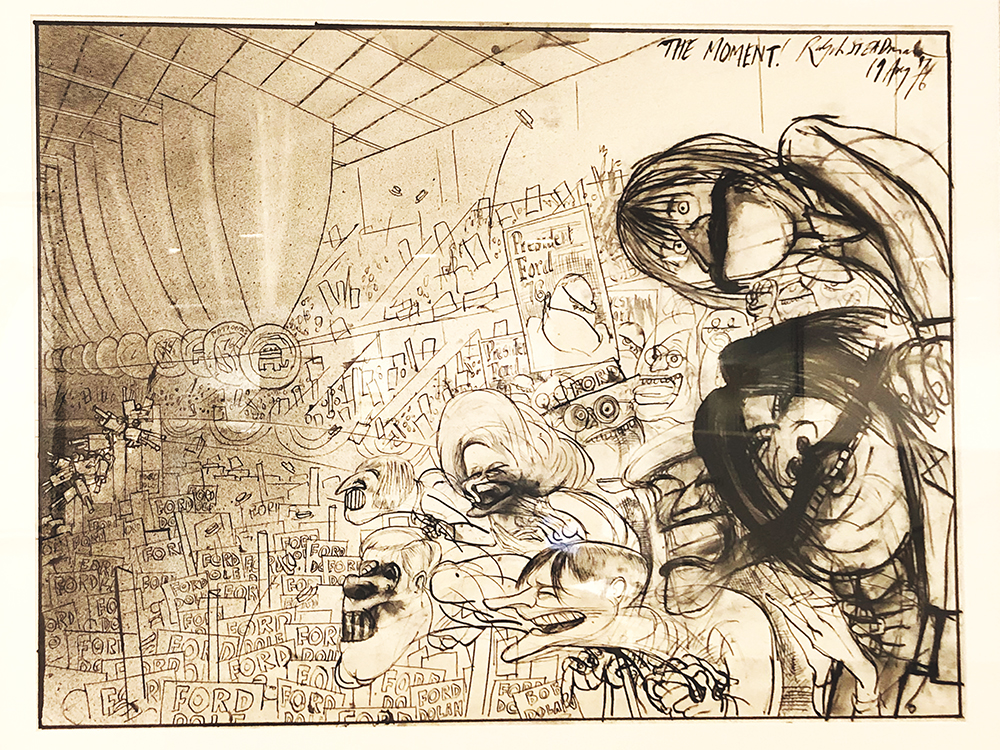 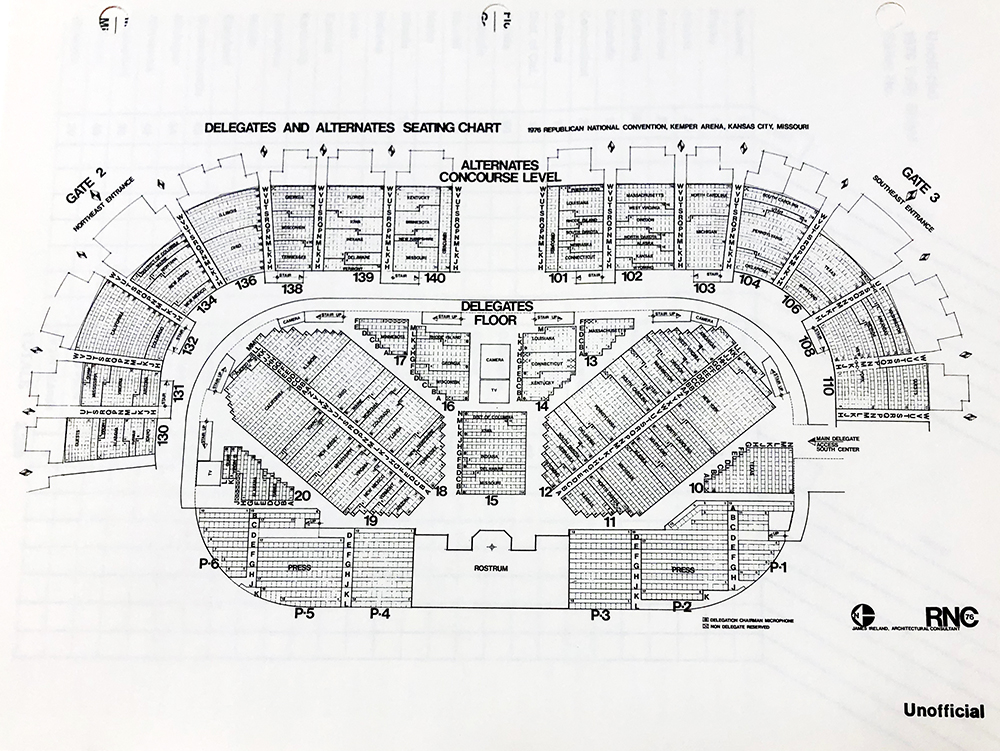 Map of the convention seating sections in Kemper Arena.  (MVSC) 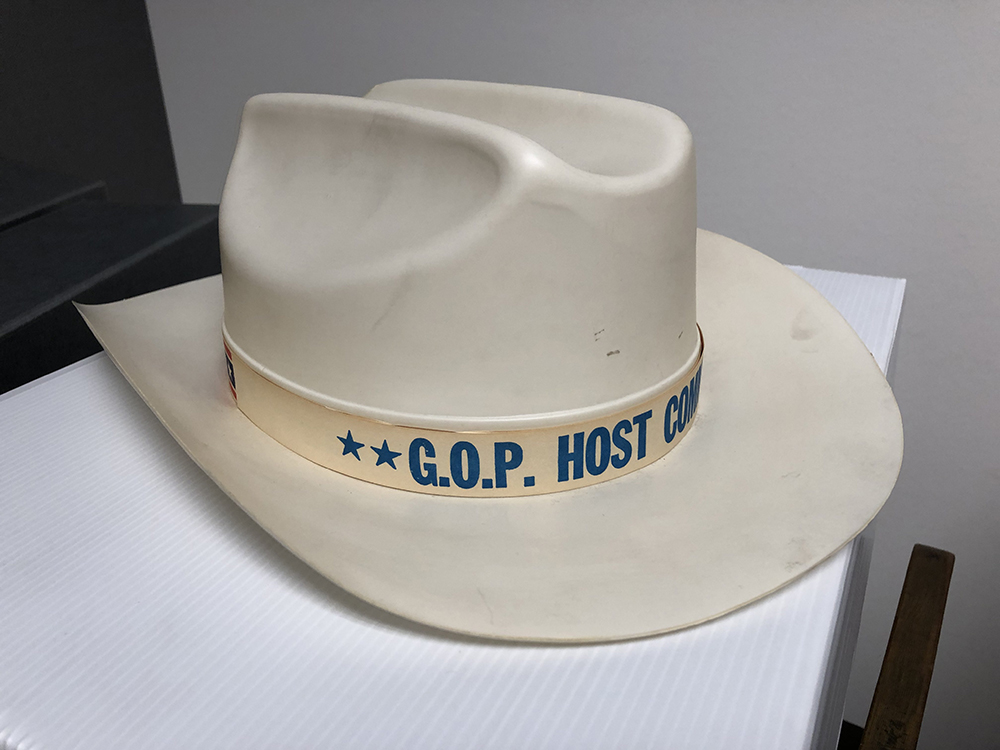 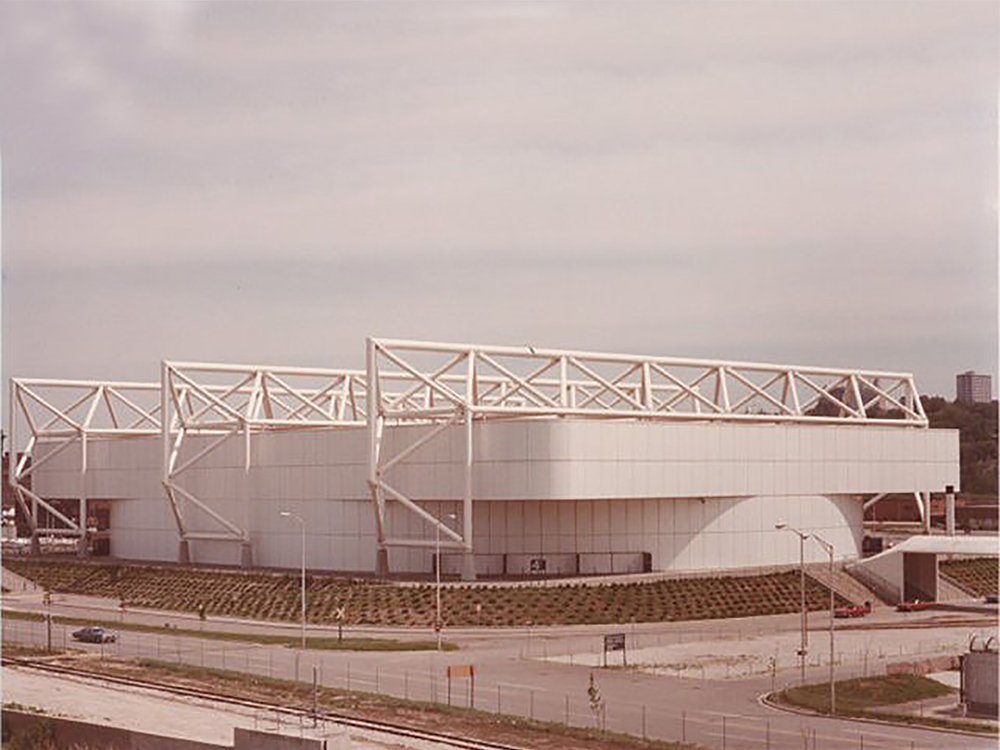 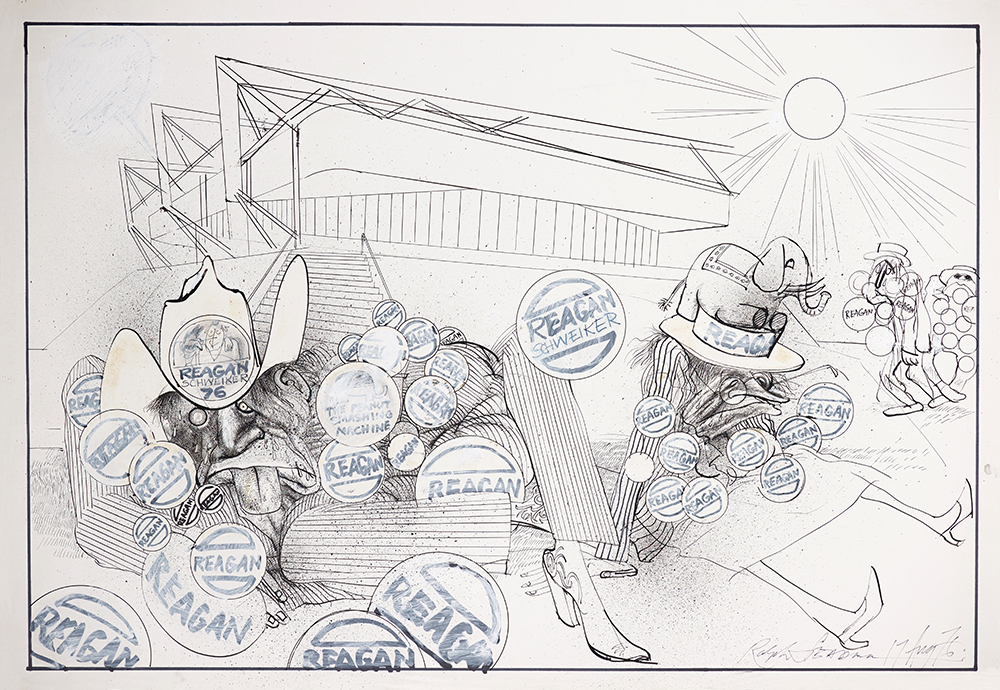 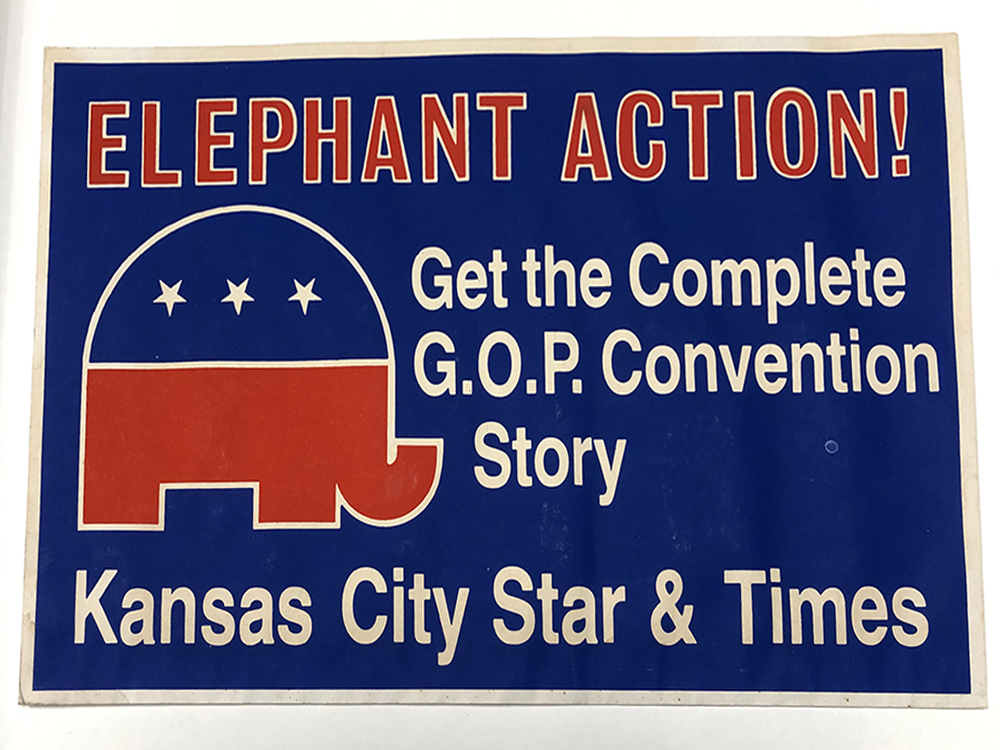 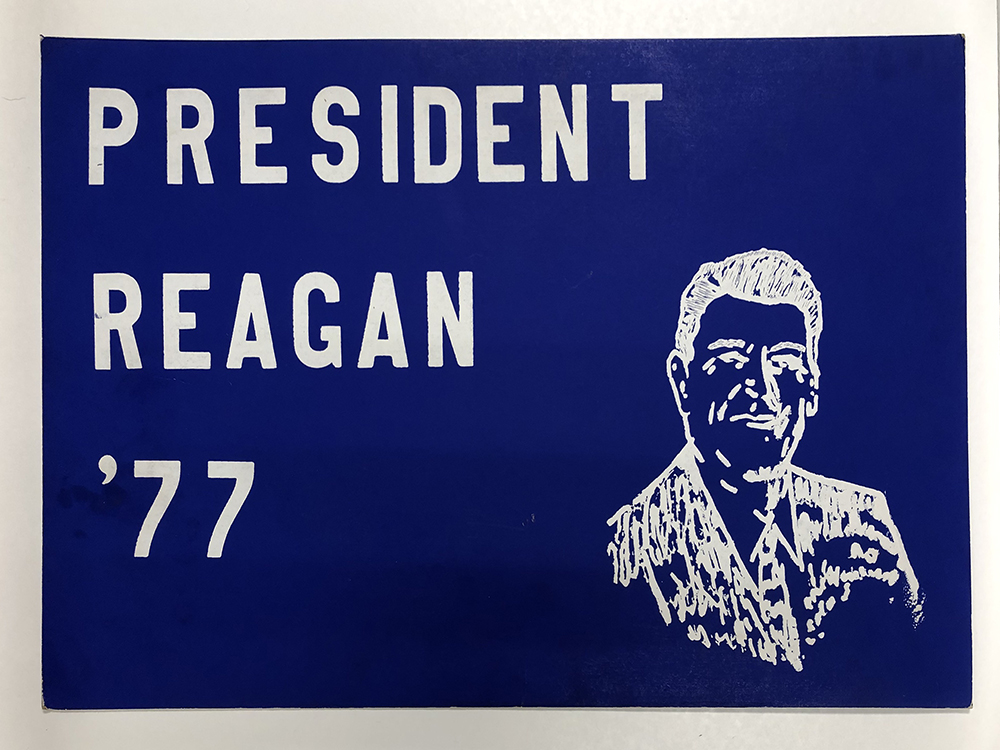 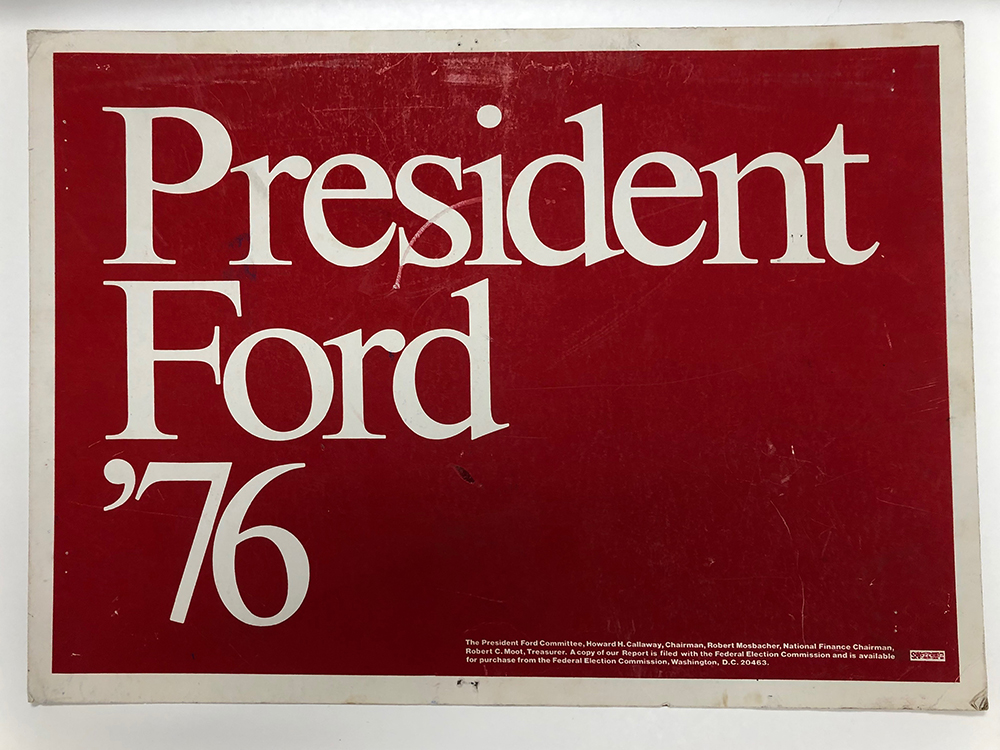 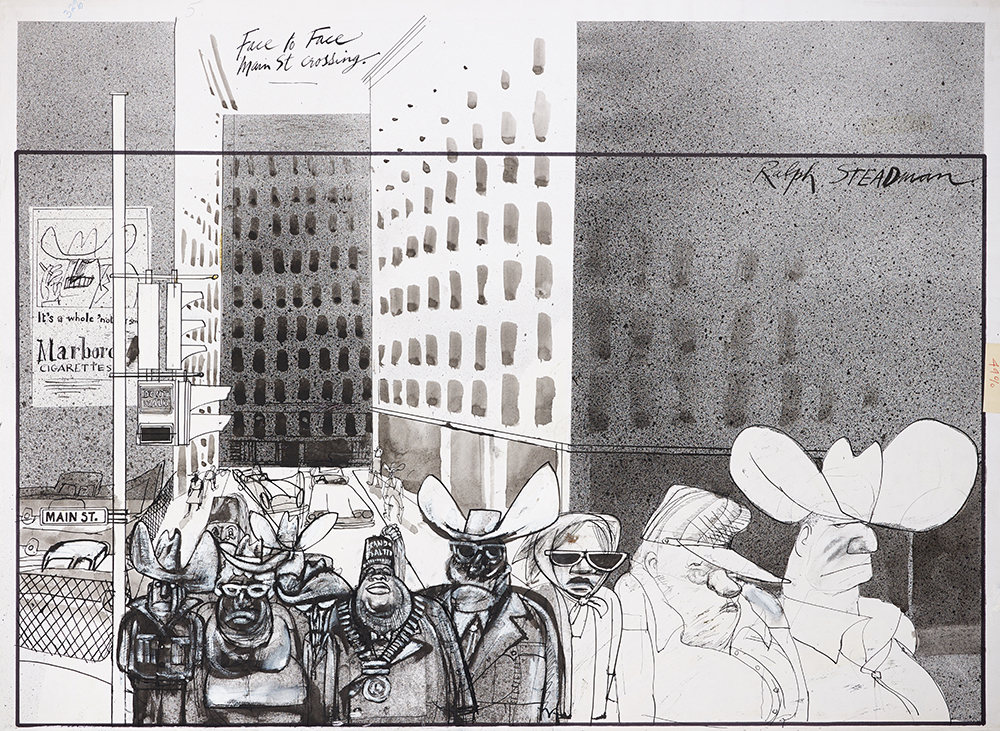 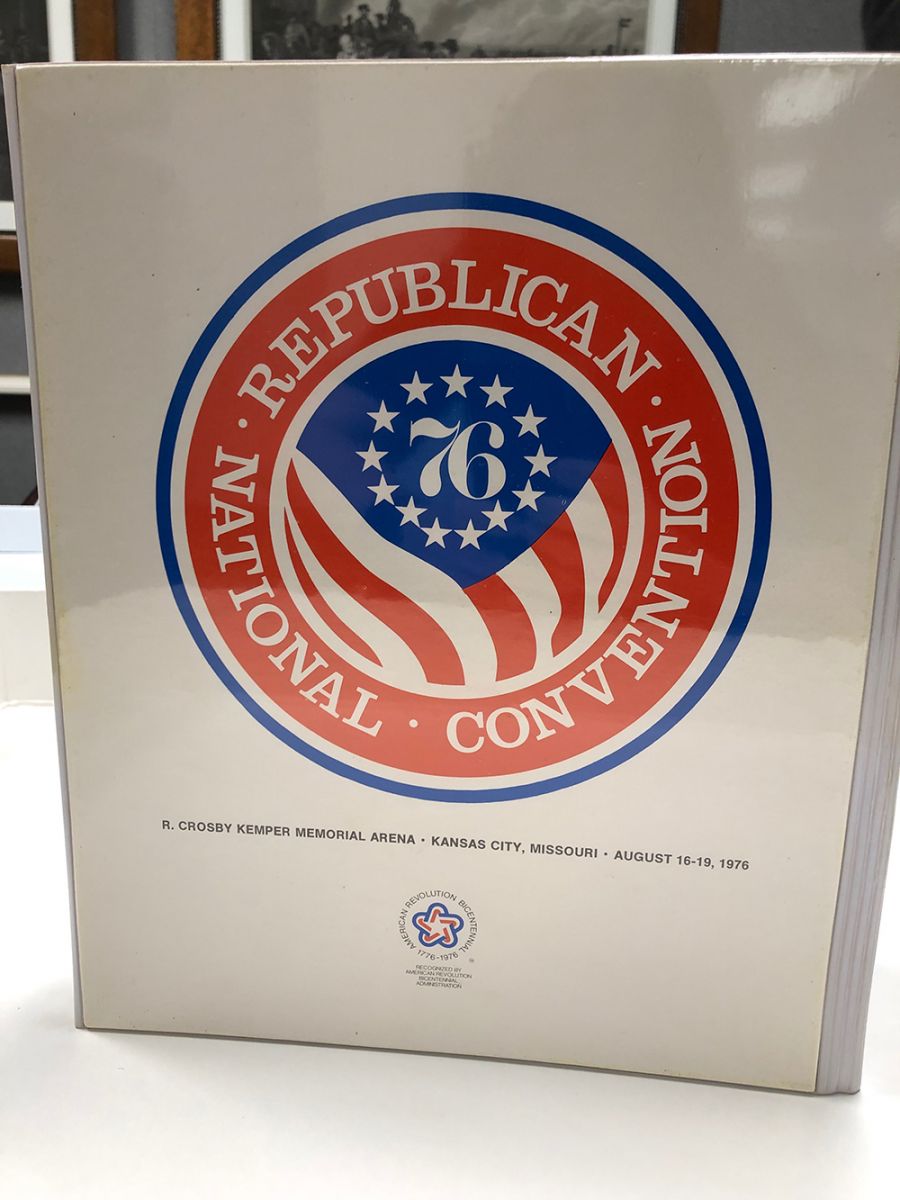 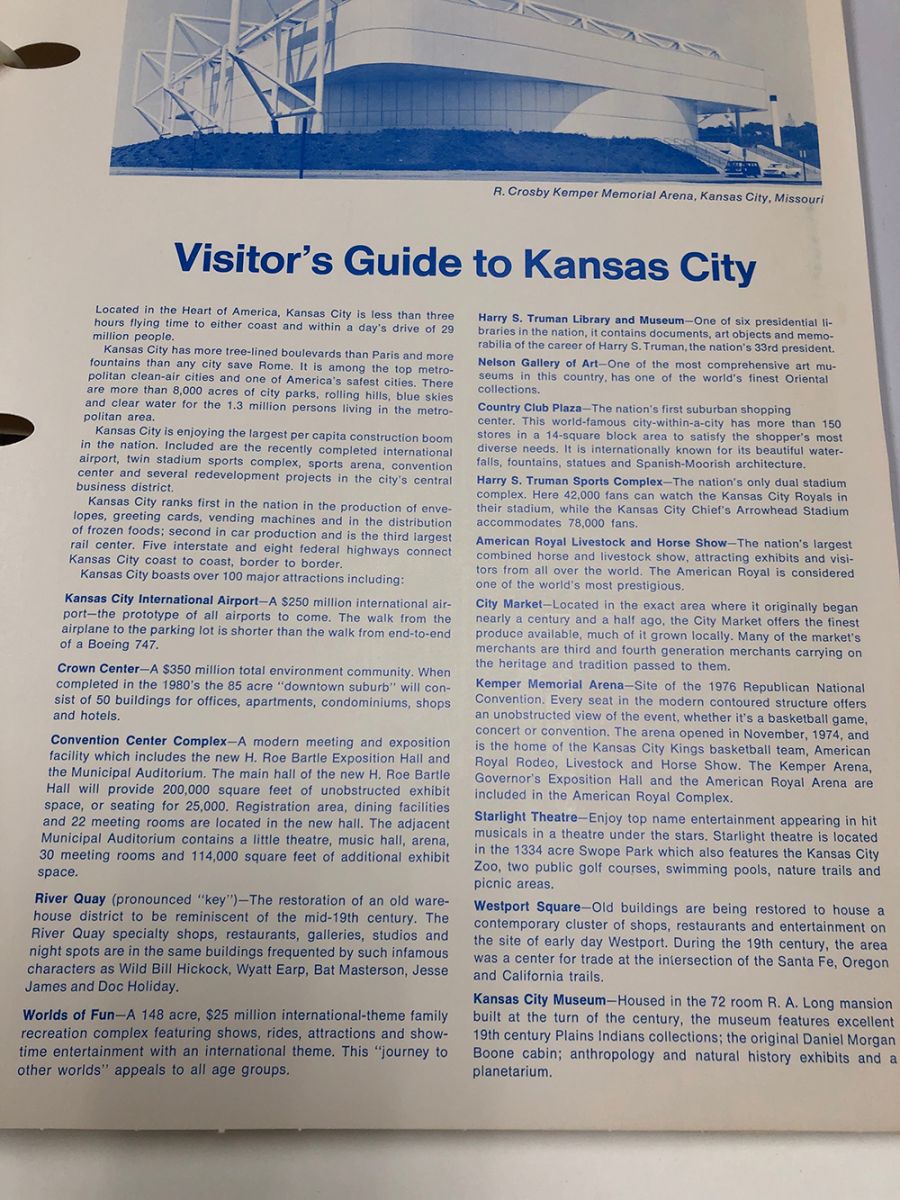 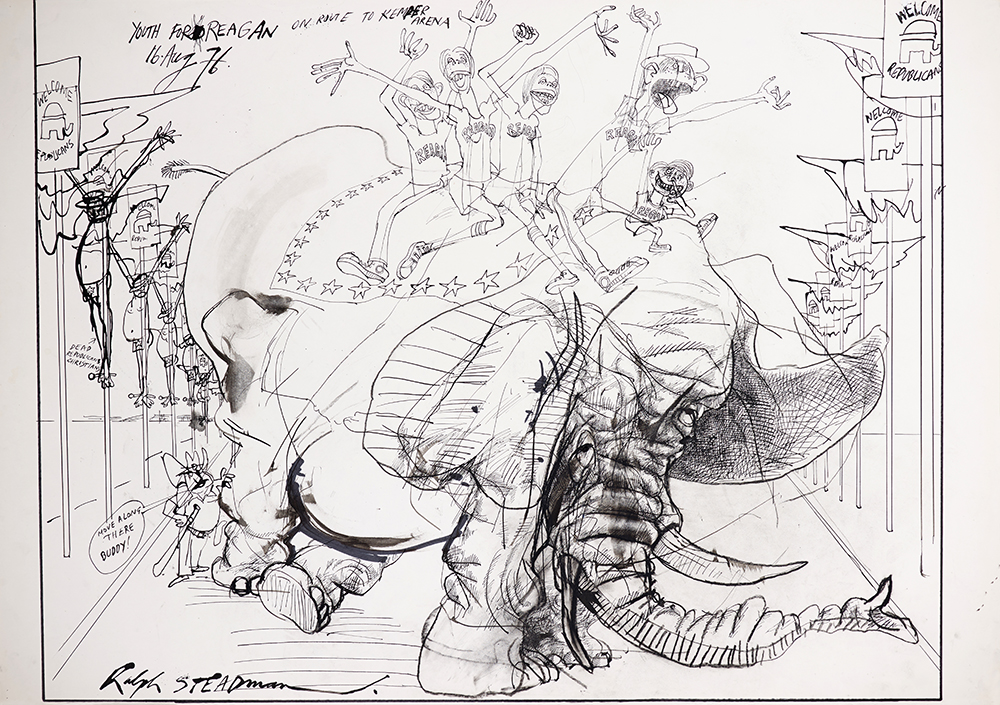 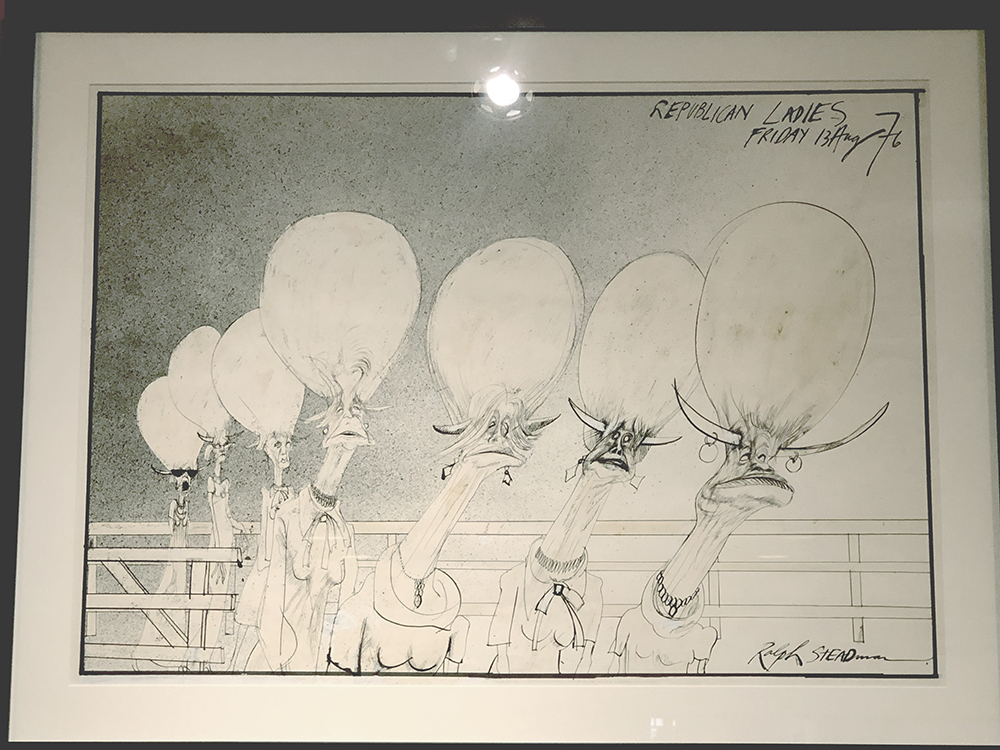 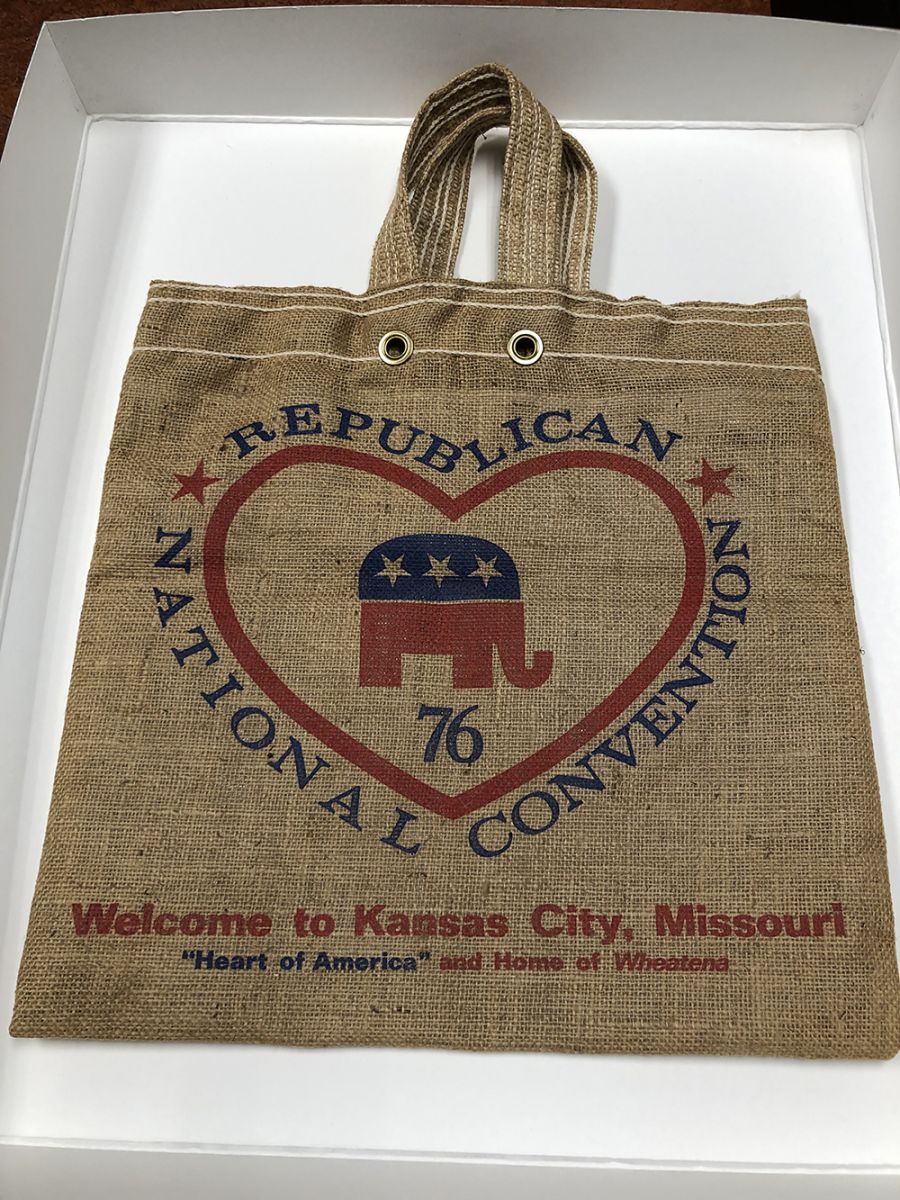 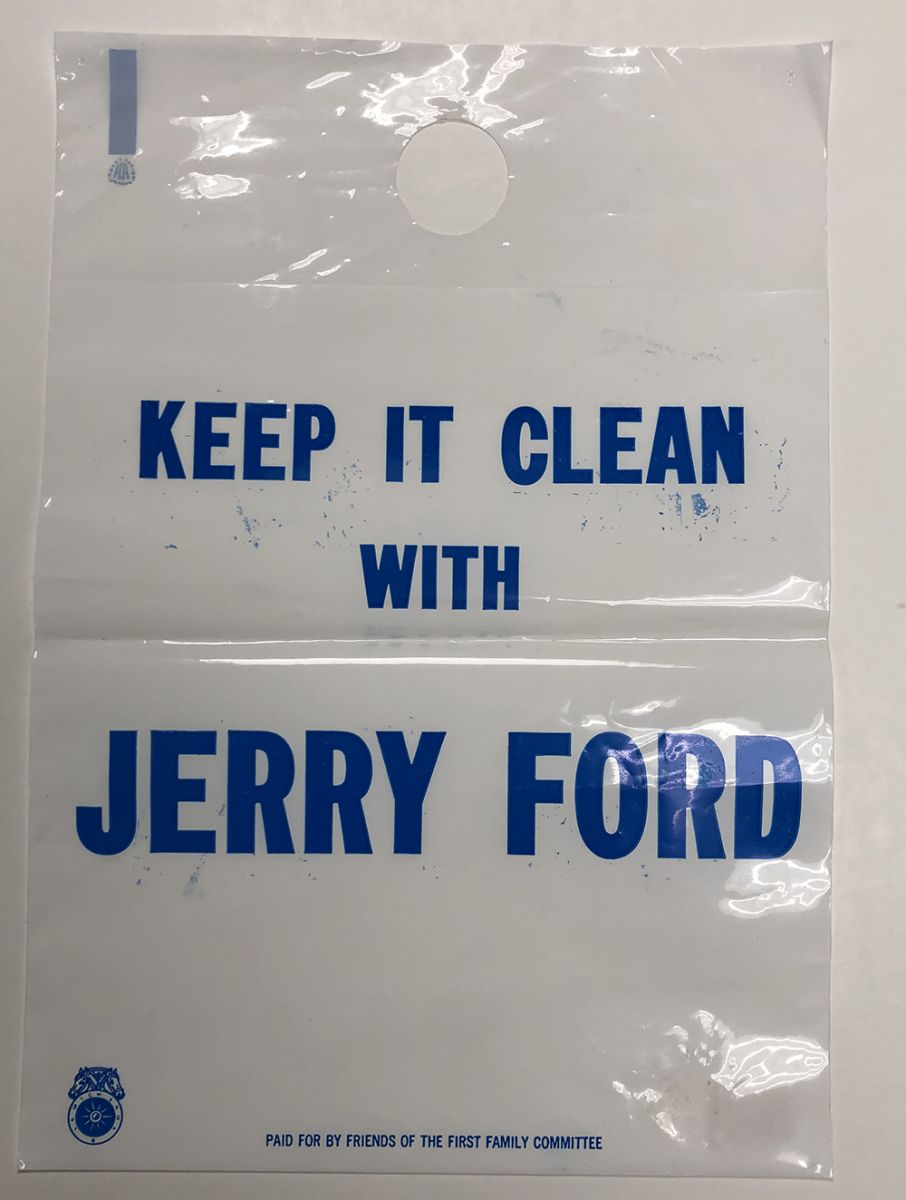 Pro-Ford plastic bag distributed to supporters during the convention. (MVSC)