Boys and Oil: Growing Up Gay in a Fractured Land

“I am a child of the American West,” Taylor Brorby writes at the beginning of his new memoir Boys and Oil. More specifically, he came of age in a rugged land of coal mining and fracking in rural North Dakota – where, as he puts it, being gay “seems akin to a ticking bomb.”

Brorby discusses his book, recounting the uneasiness of his upbringing, the beauty of the North Dakota prairie, and the toll taken by the extraction of coal and oil on both the land and its people. Now an environmentalist, he uses the destruction of large swaths of the West as a metaphor for the distress of his youth.

An award-winning essayist and poet, Brorby is a contributing editor at North American Review, the nation’s oldest literary magazine, and a member of the editorial board of the online environmental magazine Terrain.org. He is also the author of Coming Alive: Action and Civil Disobedience and co-editor of Fracture: Essays, Poems, and Stories on Fracking in America. 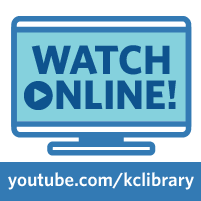