Will a new Royals stadium ever be built downtown? Reader’s KC Q answered

Question: Will a new Royals stadium ever be built downtown?

In this installment of “What’s Your KC Q,” in which readers ask us questions about the city, we hear from Brian.

He asked: “Is there any potential of relocating the Royals to downtown KC?”

The short answer: Maybe, but it’d be a while.

A year ago, The Star reported that Kansas City was funding a study of potential sites for a downtown baseball stadium. But since then, not much has happened.

The main private sector players — Jon Copaken, principal with real estate development firm Copaken-Brooks, and Bill Dietrich, president and CEO of the Downtown Council of Kansas City — did not respond to requests for comment.

City Manager Troy Schulte, who irritated some City Council members by not informing them of the study before the story appeared, said he’s seen no report nor been a party to any serious discussions on the issue.

“I don’t think there are any significant conversations,” he said.

The Royals began their existence in an urban ballpark, old Municipal Stadium at 22nd and Brooklyn. From the minute the team decamped for ’burbs after the 1972 season, an endless civic argument has ensued about a downtown home. It lights up social media, call boards at sports talk stations and the imaginations of city center boosters. 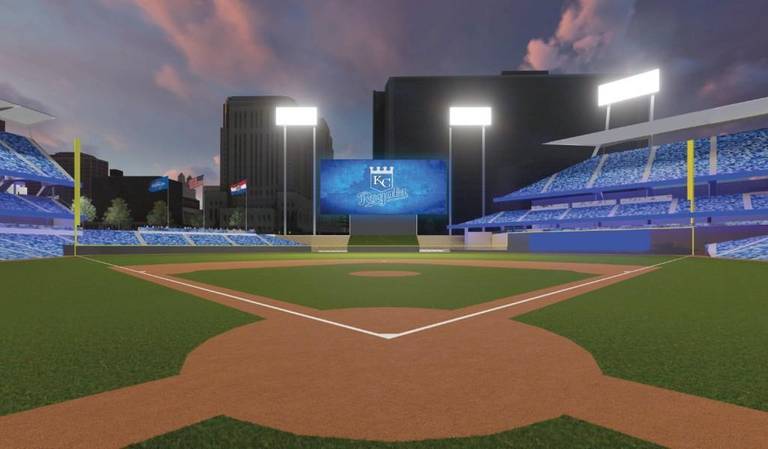 But given that 13 years remain on the team’s lease of “The K” from the Jackson County Sports Complex Authority, a downtown ballpark is still more aspiration than agenda item. The last time the conversation got serious was in 2005 as downtown’s revival, anchored by the Sprint Center and the Power & Light District, was about to take hold.

Instead, the teams negotiated a 25-year lease extension. In 2006, Jackson County voters approved a 3/8-cent sales tax to finance renovations at Kauffman and Arrowhead. The price tag was $625 million, with the Royals and Chiefs ponying up $150 million of their own. The team says it is happy where it is, although it’s always willing to listen.

”There really is nothing new from the team’s perspective,” said Kevin Uhlich, Royals senior vice president for business administration, who spoke with downtown officials last year. “I know that the downtown group is continuing to look at the possibility but we have not had any meetings in months and we have not been presented with any further details.”

Four sites were under scrutiny. Two are directly north and east of the Sprint Center, where much of the land is owned by the city, Jackson County and the Kansas City School District. Two other possible locations are east of City Hall and near the northwest corner of 8th and Main. Both contain a lot of undeveloped land and surface parking lots.

New downtown sports venues have been popping up in Denver, Charlotte and other cities for years. Some were inducements to keep teams from moving away, or an attempt to capitalize on new interest in the urban core. The newest come with big mixed-use developments of retail, housing or hotels.

It’s difficult to project 13 years, but a downtown “K” is easily a billion-dollar proposition, one that would spark an epic debate over how costs would be shared between the city, county and team. Cities usually finance their end of such projects with the sale of bonds and the city is already is facing a lot of financial pressures.

The city borrowed heavily over the last decade to revitalize downtown. It will spend years retiring the $295 million in bonds it issued for Power & Light in 2006. City Hall is also facing $800 million in unfunded employee pension obligations.

How far into the red Kansas City would go for Royal blue is anyone’s guess. -- Answer written by Bill Turque, The Kansas City Star

Brian asked this question as part of our ongoing series “What’s Your KC Q?” Do you have a burning Kansas City question? Enter it into the module below or Visit www.kansascity.com/kcq.