Post date:
Friday, May 22, 2020
Gabriella Polony Mountain was passionate, expressive, indelible. And so was the art  created by the namesake of the Library's Mountain Gallery over a remarkable, 102-year life.

Her bold, colorful body of work ranged from sculptures and mosaics to stained glass and striking repoussé. In her 90s, when the loss of strength in her hands made it difficult to work in those mediums, she turned to a loom and weaving.

The works of the Hungarian émigré were spotlighted in a 2015 exhibit in the second-floor Rocky and Gabriella Mountain Gallery  at the downtown Central Library. That space, too, is part of Polony Mountain’s legacy, made possible by her generous contribution and additional support from The Richard J. Stern Foundation for the Arts.

“I was so lucky,” she said shortly before the gallery opened in March 2015. “I don’t know how that happens but that’s how it was with me. I just had a wonderful life; I have to tell you.”

It quietly ended this week. Polony Mountain died Monday, May 18, a little more than a month after her 102nd birthday. A visitation was held Thursday, May 22, at a funeral chapel near her art-appointed home in south Kansas City.

She is survived by a nephew, Peter, in Kansas City and other family members in the Slovakian capital of Bratislava. 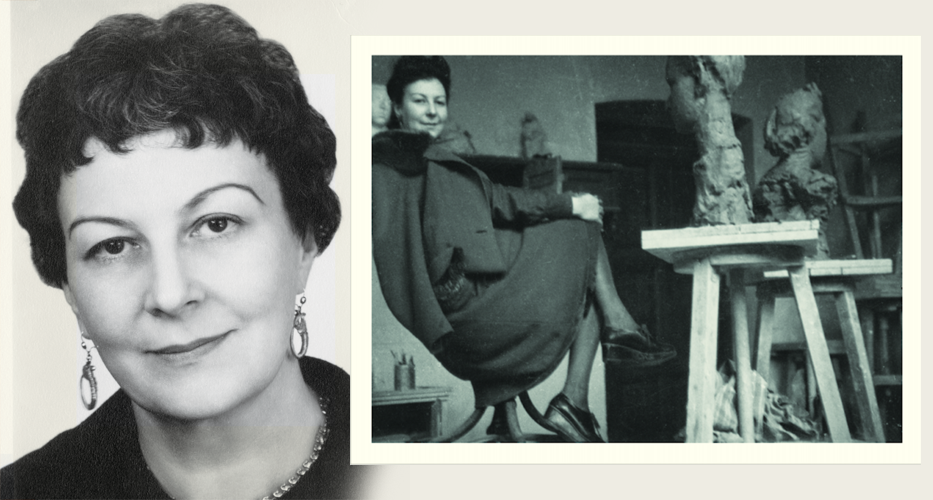 Born in 1918 and raised in Bratislava, in a house atop a hill along the Danube, Polony Mountain started drawing at about age 12 but appeared destined to follow her father Moritz and oldest brother Emre into law. She studied law for three years, then broke away to attend art school in England and later at the Hungarian Academy of Fine Arts in Budapest and in Rome.

She arrived in America in 1951 with her first husband, their luggage, and $120 but soon made a name for herself through her commissioned artwork, earning multiple fellowships and awards.

Polony Mountain’s first marriage ended in divorce. But she met the love of her life, Herman "Rocky" Mountain, to whom she was married for nearly 52 years until his death in 2013.

While she earned professional recognition as an artist, including a craftsmanship award from the Kansas City chapter of the American Institute of Architects for the repoussé doors she made for a home in St. Joseph and the chapter’s Art in Architecture award for a repoussé fireplace mantle created for another residence in Kansas City, Polony Mountain remained largely beneath the public radar. 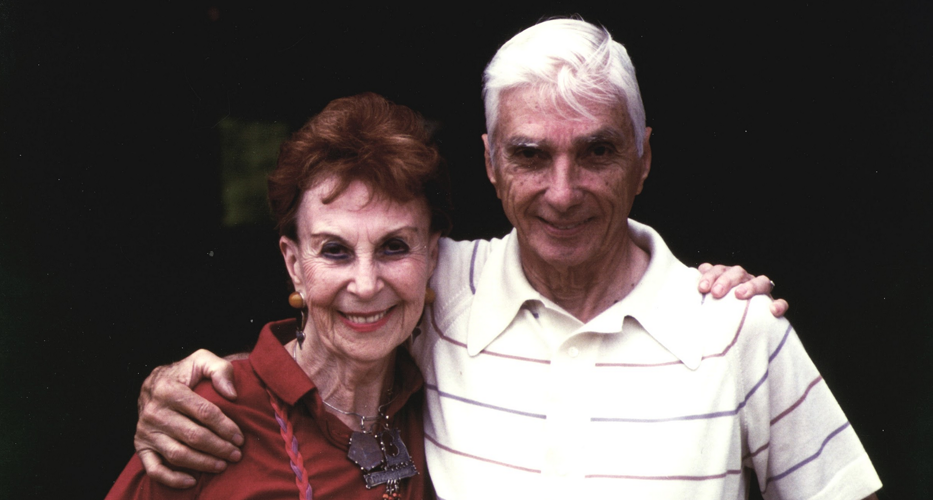 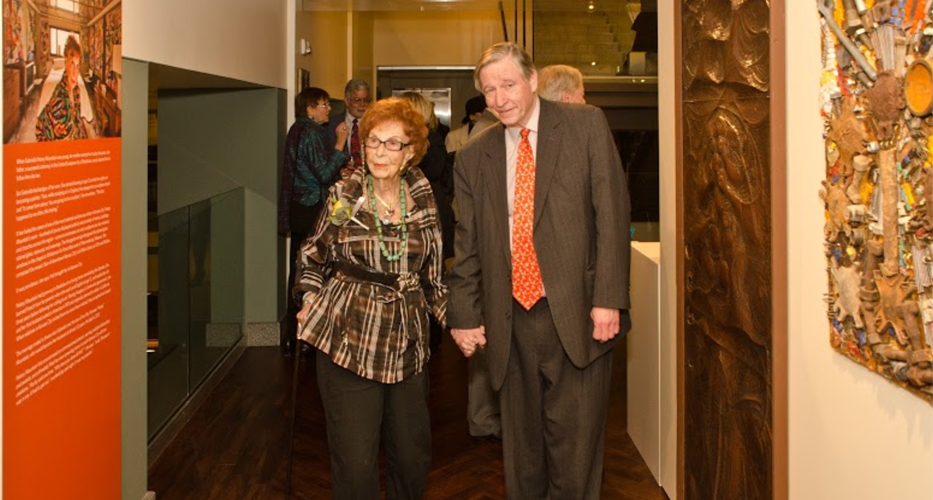 Polony Mountain with former Kansas City Public Library executive director Crosby Kemper III during the opening of the Mountain Gallery at the Central Library in 2015.

Her works are displayed publicly and privately in homes, buildings, and churches across the region. She designed the stained-glass windows in the chapel at Whiteman Air Force Base east of Warrensburg, Missouri, and composed the mosaic floor of the Kansas City Public Library's old Main Library at 12th and McGee .

At the current Central Library, the gallery that that bears the name of Polony Mountain and her husband has hosted 21 exhibits since 2015 and drawn nearly 280,000 visitors.

She remains a presence.

“We had wanted to be able to showcase the talent of more local and regional artists for many years, and having the additional gallery space has enabled us to do that,” said Anne Ducey, the Library’s exhibits director. “We have also been able to host larger traveling exhibits like the Ralph Steadman retrospective, the Will Eisner retrospective, and Things Come Apart from the Smithsonian Institute.

“We will always be grateful to Gaby for the opportunity her generosity has enabled.”

Jonathan Kemper, president of KCPL's board of trustees, hailed Polony Mountain's contributions to the Library and its role as a center for arts and culture as well as information. That began in 1960, when, as a young local artist, she was commissioned to design the mosaic in the entrance hall of the old Main Library.

"It is in that regard," Kemper said, "that we note with both affection and gratitude the passing of our friend and partner ... whose considerable talent and long, colorful, and productive life had many connections to the Library -- in decorating the Library's facilities, in underwriting the gallery dedicated in her and her beloved husband's name, and in promoting the study and enjoyment of art by our community."