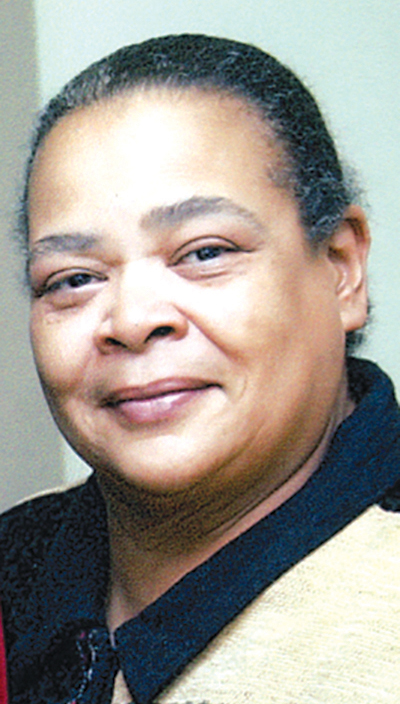 When the Library created a special exhibit two years ago to commemorate the 50th anniversary of Kansas City’s 1968 riot, it knew where to look for historical details and context – in part to The Call, the city’s renowned African American newspaper, and its publisher, Donna Stewart.

The popup exhibit, It Finally Happened Here: The Kansas City Riot, April 9-12, 1968, opened at the downtown Central Library and rotated in 2018 through other Library locations and local venues. Stewart was among the research contributors.

She died Saturday, April 11, at age 65. The veteran journalist had been diagnosed last year with pancreatic cancer, according to The Kansas City Star.

Stewart, whose tenure with The Call dated to 1977, was a protégé of pioneering civil rights leader and former Call editor Lucile Bluford, whose name graces the Library’s L.H. Bluford Branch. Stewart would make her own Library connections.

A signature speaking event at the Central Library in 2015, Civil Rights: The Struggle Within, spotlighted the role the of Bluford, The Call, and the African American press in our country’s civil rights movement. Stewart, then the newspaper’s owner and publisher, offered remarks. She also spoke at Bluford Branch during the inaugural statewide celebration of Lucile Bluford Day on July 1, 2017.

Of Bluford, her former boss, Stewart once told The Star, “What she did here (at The Call) – always pushing truth, speed and accuracy – is still here. A person’s spirit doesn’t die.”

The Library remembers her in kind.