Pride Month in June commemorates the Stonewall riots in New York's Greenwich Village, which ignited the gay rights movement in the United States in 1969. The Library offers a collection of book recommendations, events, films, and other resources that celebrate LGBTQIA+ voices and experiences.

Pride in Your Shelves: Nonfiction
In commemoration of the Stonewall Inn protests and Christopher Street Liberation Day, here is a list of notable titles about the history of LGBTQ+ people from Kansas City Public Library.


Pride in Fiction
Through fiction, readers can expand understanding and world view by engaging in stories that present different experiences from their own (that really aren't so different, after all). In recognition of Pride Month, here are notable novels and genre fiction featuring LGBTQ+ characters.


A Life full of Pride: LGBTQ+ Memoirs and Biography
Biographies and memoirs allow readers to 'read a mile in someone else's shoes'. In commemoration of Pride Month, Kansas City Public Library offers this list of notable books from and about members of the LGBTQ+ community.


Happy Pride Month! Youth Reads
June is all about love, joy, and Pride! All month long, we can celebrate and learn about our LGBTQ+ friends, families, and neighbors by reading books about some pretty amazing people.

Writer and activist George M. Johnson joined Kansas City activist Justice Horn in discussing Johnson's 2020 memoir on growing up Black and queer and the controversy – in the Kansas City area and nationwide – that has erupted around it. All Boys Aren't Blue: A Memoir-Manifesto is among the titles being challenged by parents who deem the books’ content as inappropriate for students and want them removed from school libraries. Johnson and Horn were joined by students from the North Kansas City School District, who fought an attempt to remove All Boys Aren't Blue from the school library's shelves. 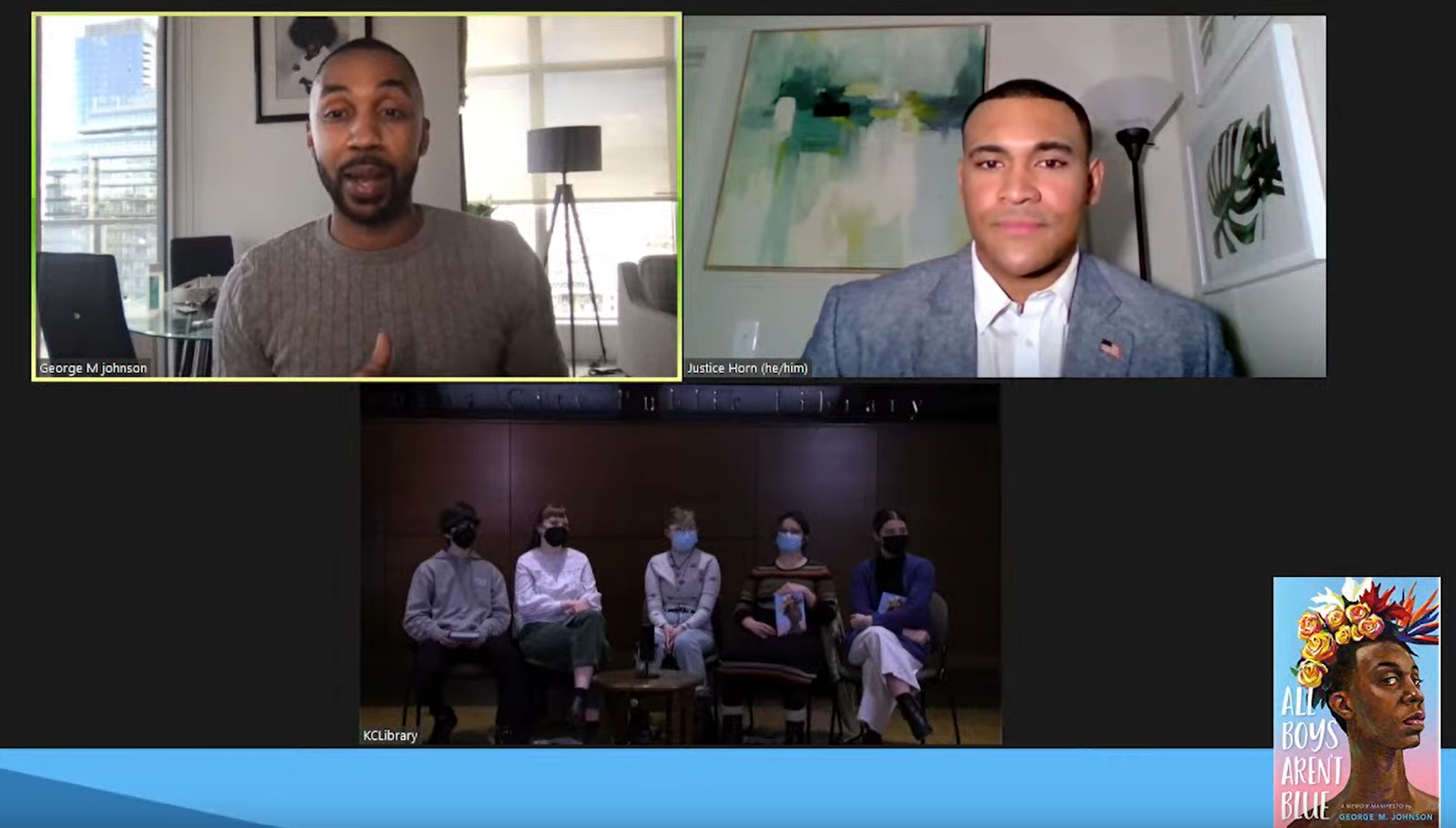 What's Your Pronoun? Beyond He & She

In a discussion of his 2020 book What’s Your Pronoun?, the University of Illinois' Dennis Baron examined the issue and lends some valuable historical context. The search for a gender-neutral pronoun actually goes back centuries; Shakespeare used the singular “they,” and people have been coining new gender pronouns (beyond “hir” and “zie”) for generations.

At the height of the AIDS crisis, the Kansas City City Council added “sexual orientation” to the local Civil Rights Ordinance, barring discrimination against lesbians, gays, bisexuals, and people with HIV/AIDS. In June 2018, on the 25th anniversary of the ordinance, the Library hosted a program that explored its legacy and compared and contrasted the struggle for LGBT rights then and now.

No Place Like Home: Lessons in Activism from LGBT Kansas

Traveling through a state whose national reputation is all too tied to Topeka’s gay-degrading Westboro Baptist Church, Writer C.J. Janovy found LGBT activists who fought in ways big and small for the respect of their neighbors, their communities, and their government, lending hope to those alarmed by the treatment of minorities in an increasingly polarized country. Janovy's 2018 book No Place Like Home: Lessons in Activism from LGBT Kansas was awarded the 2019 Stubbendieck Great Plains Distinguished Book Prize and was a finalist for the Lambda Literary Award for LBGTQ Nonfiction. Listen to audio from the presentation here.

LISTEN TO AUDIO
Find the book in our catalog
Related blog: FYI Book Club Spotlights C.J. Janovy’s No Place Like Home and LGBT Advances in Kansas

Tuesday, June 21, 2022  | Online event: 6 - 7 p.m.
Plaza Branch's Queer Voices Book Group's latest pick is Love in the Big City, which is available to borrow in our catalog or through hoopla. Join in the online discussion; RSVPs required for Zoom link.
DETAILS & RSVP