The Kansas City Public Library and Missouri Valley Special Collections are proud to announce the addition of 34 newly scanned maps to KCHistory.org. The maps range in date from the 1880s through the 1960s and reflect a wide variety of interests. There are zoning maps, school district boundary maps, public transit maps, geological maps, and road maps. Taken together, they demonstrate tremendous changes to our built environment and boundaries since the city’s humble beginnings as a riverboat landing for Westport merchants. 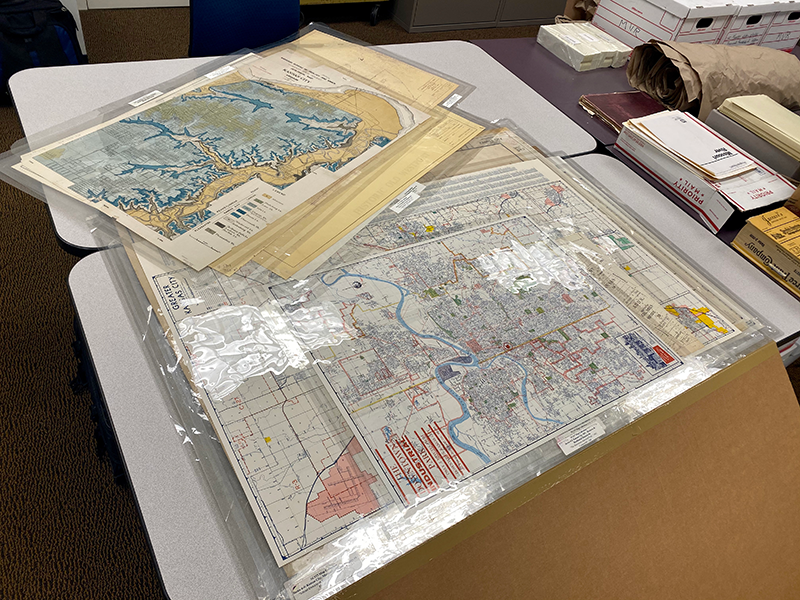 Maps ready for scanning.
Three large property maps published in 1880, 1887 and 1909 will be of interest to researchers seeking to learn more about early real estate develpment and property holdings in Kansas City and Jackson County. The 1880 Map of the City of Kansas showcases the growth of the city away from the river three decades after the townsite's incorporation. Note the large island that once existed in the Missouri River near Kaw Point. The rapid development of the Stockyards industry in the West Bottoms is also apparent. 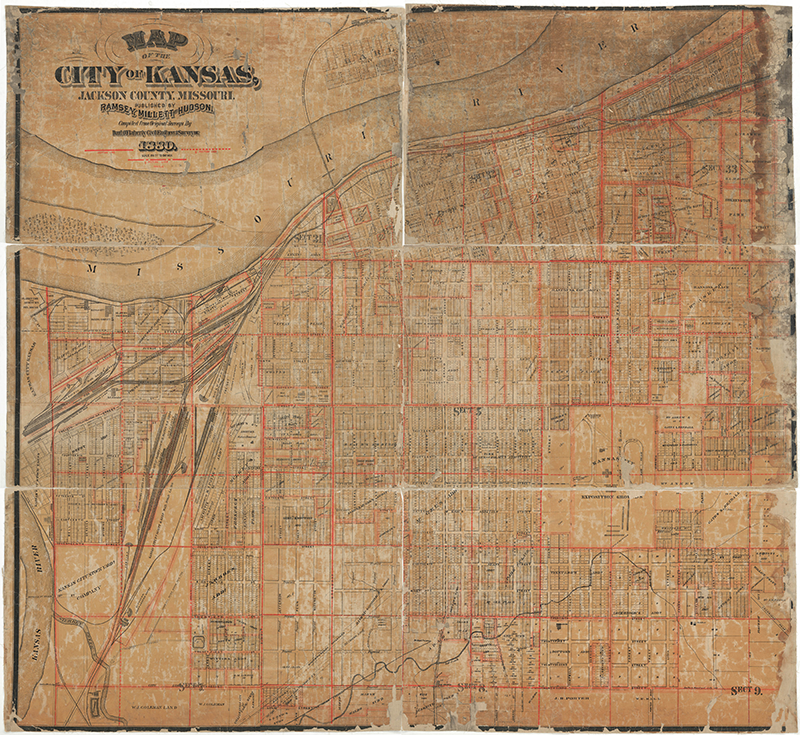 
The 1887 Edwards’ Map of Jackson County, Missouri, depicts a larger area than its 1880 counterpart, showing property ownership information south and east to the borders of Cass and Johnson counties. Adding to its research appeal, the mapmakers extended their scope north of the river, displaying the southernmost portions of Clay and Ray counties. 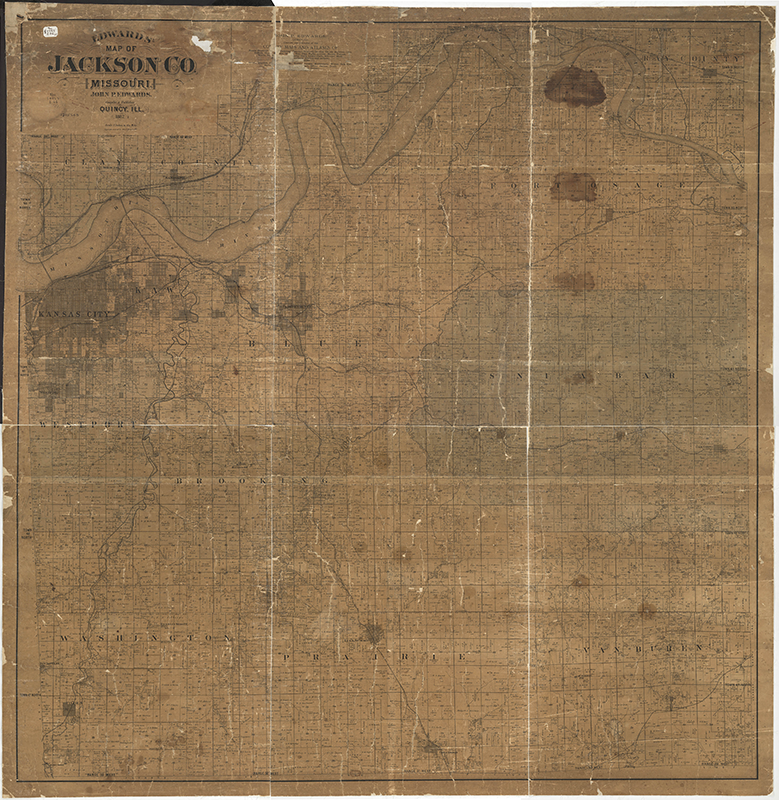 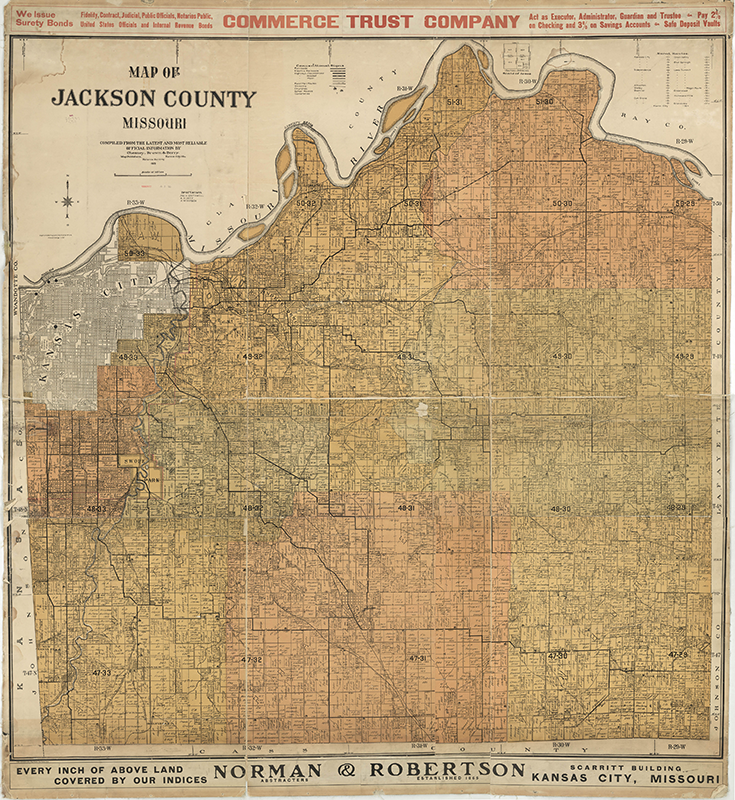 In addition to their research value, these property maps were selected for scanning due to severe preservation concerns. Making the digital versions available to the public will allow us to store them away safely and ensure their survival well into the future.