Post date:
Thursday, November 15, 2018
Carrie Coogan keeps expanding her advocacy for digital literacy and inclusion – from efforts locally in Kansas City, Missouri, to leadership nationally to a place on the docket of arguably the world’s foremost brainstorming session on the health of the internet.

The Kansas City Public Library deputy director spoke at the annual Mozilla Festival, or MozFest, in London in late October, joining the heads of national digital inclusion alliances in the U.S. and Australia in addressing global concerns about online accessibility, affordability, and literacy. 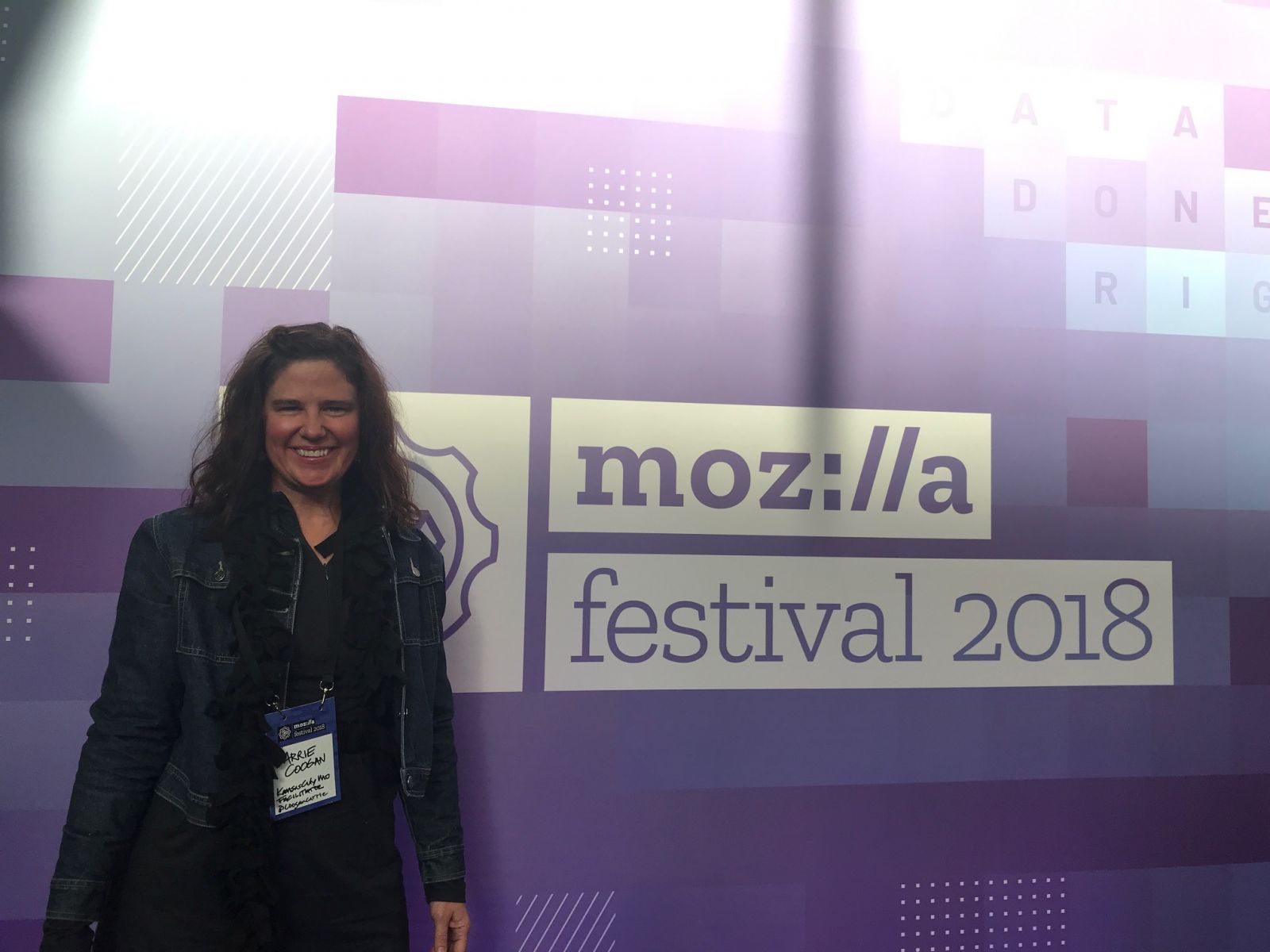 They were among some 2,500 participants from 50 countries who gathered over seven days to explore online openness and freedom.

“It’s inspiring,” Coogan says, “to present and share ideas and challenges with people who are working to bridge the digital divide all over the world. We all have something to learn from one another.

“What is not surprising, but still disheartening, is that there still are so many countries in our world with little to no access. At Mozilla, I met two young men who had never even been on the internet until they were 18 years old. Both say access and connections to opportunities provided by the net transformed and changed the trajectory of their lives.”

In a little more than three years with the Kansas City Public Library – where she oversees public affairs and community engagement – and three years before that as executive director of the nonprofit Literacy Kansas City, Coogan has spearheaded local and national efforts to bridge the digital divide.

She has implemented and overseen an array of Library initiatives, and currently currently chairs the executive committee of the areawide Digital Inclusion KC coalition. Last year, she was part of a select team that put together the Digital Equity Strategic Plan adopted by Kansas City’s city council.

Coogan also serves on the board of directors of the National Digital Inclusion Alliance.

She was joined in her MozFest presentation by the NDIA’s executive director, Angela Siefer, and John Huigen of the Australian Digital Inclusion Alliance. Their topic: Building an International Digital Inclusion Community.

MozFest, held annually since 2010, is organized by Mozilla, the nonprofit tech giant behind the Firefox web browser.