KCQ: The History of Longview Farm

A lumber baron with a dream and his equestrian daughter are at the heart of this week’s “What’s Your KCQ?,” a community reference partnership between the Kansas City Public Library and The Kansas City Star.

When reader Kim McIntire asked about the history of Longview, we delved into the story of R.A. Long and the origin of the Lee’s Summit neighborhood. While the name Longview might elicit a few different images—a mansion, a lake, or perhaps a community college—those unfamiliar with the area might be surprised to know that it once encompassed the grandest country estate in the Midwest. 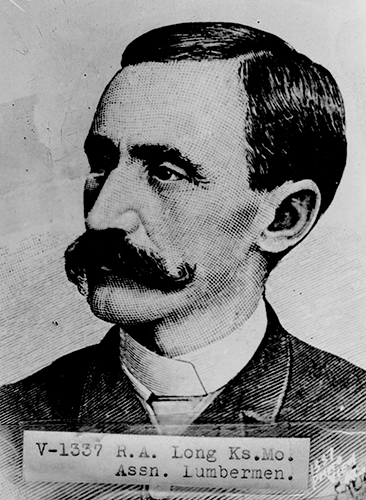 Originally from Shelby County, Kentucky, self-made millionaire and philanthropist Robert Alexander Long moved to Kansas City in 1891. As founder of the Long-Bell Lumber Company, he became the most successful lumberman in the country, and the wealth he amassed led to the construction of several of the city’s enduring landmarks, including Liberty Memorial, the R.A. Long Building at 10th Street and Grand Avenue, and Corinthian Hall, now known as The Kansas City Museum. Twenty miles southeast of downtown, Long’s legacy continues in what remains of the once glorious Longview Farm.

Long’s idea for a beautiful, self-sustaining farm began as a childhood dream. In 1912, he started planning for the property in earnest, despite having moved his family into their city home at Corinthian Hall just two years earlier. Drawn to the landscape of southern Jackson County between Hickman Mills and Lee’s Summit, he purchased over 1,500 acres of farmland reminiscent of his Kentucky home. Later, the acreage would increase to roughly 1,780.

Long hired architect Henry F. Hoit and landscape architect George E. Kessler to design Longview Farm and its 22,000-square-foot mansion. Plans for the country estate, which The Kansas City Star called “a rural Versailles,” included a vast equestrian complex, a dairy, a hog farm, an orchard, and a powerhouse to supply electricity.

Construction began in 1913 and lasted 18 months. At the time, Longview Farm was considered the largest building project in the country. It took over 2,000 workers, including Belgian craftsmen and Sicilian stonemasons, to create the vast estate and its 40-plus structures, which were fashioned in the Spanish Colonial style with stucco walls and red tile roofs. 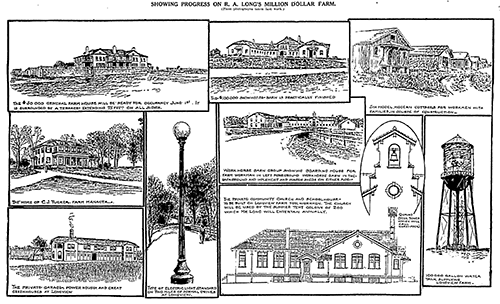 May 10, 1914 drawings of Longview farm structures | The Kansas City Star 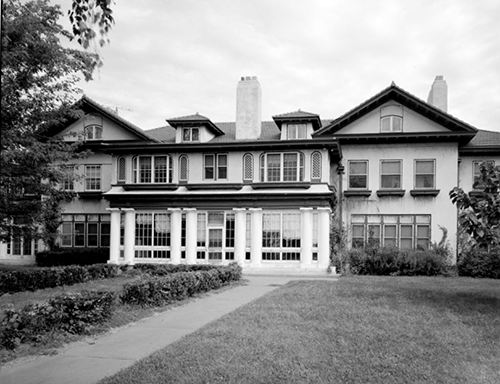 The final product quickly became known as “the world’s most beautiful farm,” but Longview was not merely aesthetically pleasing. Long insisted that the estate be outfitted with the most modern technology, including telephone and water purification systems. The dairy was known for its exemplary sanitary conditions and produced up to 1,000 quarts of milk per day, much of which was delivered to Mercy Hospital and various charities, as well as to children of the farm’s staff. At its prime, Longview Farm employed over 200 people who also lived on the property and enjoyed amenities including a church and schoolhouse. Long had not only succeeded in creating a self-sustaining operation but also a thriving community. 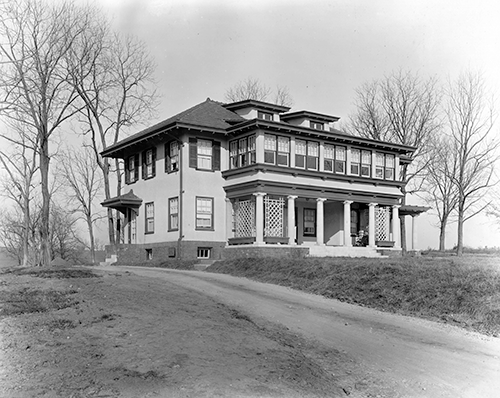 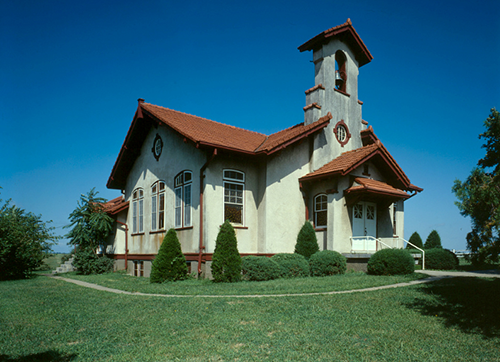 Despite achieving his dream, Long reportedly lost some interest in the farm and preferred to stay in his city home. It was his younger daughter, champion horsewoman Loula Long Combs, who took up permanent residence and sustained Longview’s prestige. Part of the original intent for the country estate was to accommodate Loula’s large stock of horses, which had outgrown the stables at Corinthian Hall. Thus, one of Longview’s landmark structures was the Show Horse Barn, an elegant 45,000-square-foot stable and arena rivaling that of the American Royal. 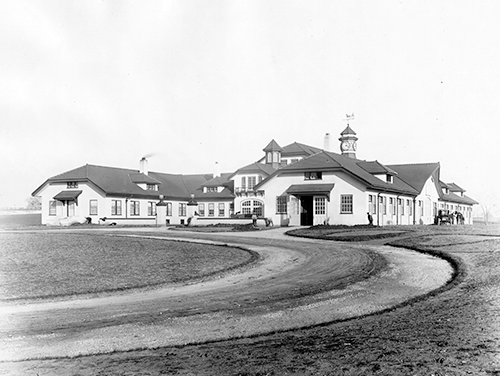 The Kansas City Star described the lavish stable: “A girl in a ball gown could walk through it without needing to lift her skirt, so spotless are the well-oiled hardwood floors. There is a carriage room, filled with gleaming vehicles, and a trophy room, the walls of which are lined with trophies, cups and ribbons won by Miss Long’s horses. And then there are the palatial stalls, where the winners of the trophies are kept.”

Combs and her horses became legendary, winning shows throughout the U.S., Canada, and England. Despite her fame, Longview’s staff members lauded her propriety and generous spirit and often described her as the heart and soul of the farm. After R.A. Long’s death in 1934, Combs and her sister Sallie Long Ellis inherited the property. 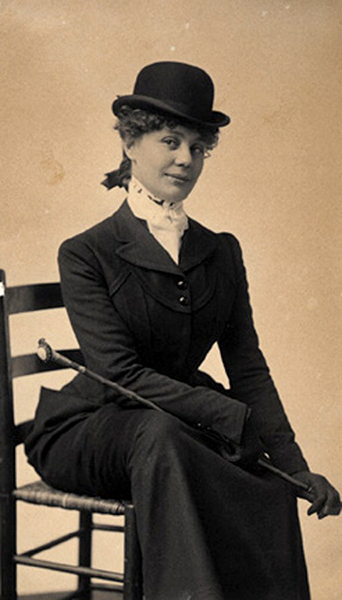 The Great Depression instigated Longview Farm’s slow decline. The lumber business and farm both took financial hits, followed by drops in staffing during World War II. By the mid-20th century, most of the fields were rented out to farmers, and the sisters donated 146 acres to Longview Community College in 1968. The land was further divided a decade later, when the U.S. Army Corps of Engineers acquired 950 acres for Longview Lake, part of the multipurpose Little Blue River Project. Deteriorating buildings were removed with the intent of repurposing the materials for shelter houses and structures around the lake. 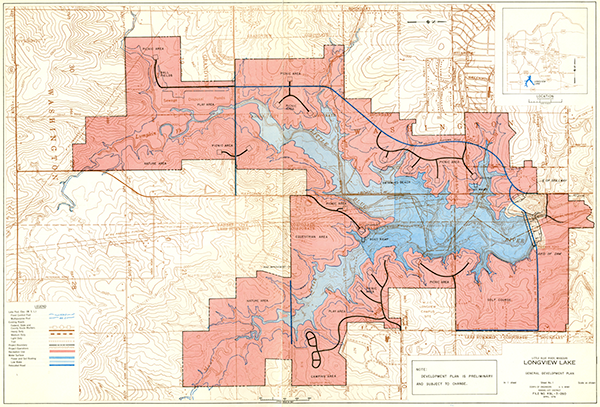 Seventeen core buildings, including the mansion and show horse barn, remained after the Longview reservoir project and were placed on the National Register of Historic Places. But they were not spared from decay. Historians and local residents advocated for Longview Farm’s restoration as suburban development threatened its dwindling acreage, and controversial proposals for the land came and went.

Finally, in 2004, developer David Gale drew up a $330 million plan for New Longview, a mixed-use retail, office, and residential neighborhood. Longview Mansion was renovated to serve as a wedding and event venue, and Loula Long Combs’ beloved show horse barn was repurposed as Longview Farm Elementary School. Even the water tower was salvaged when the Sprint Corporation financed its restoration as an incognito cell tower.

Changes in ownership and subsequent renovations followed, namely Sunflower Development Group’s $3.8 million restoration of the Longview Mansion in 2018. While today’s New Longview neighborhood may be unrecognizable to the Long family, the mansion’s restored splendor provides a glimpse into the magnificent Longview Farm that once was.