Post date:
Tuesday, July 10, 2018
When U.S. Supreme Court Justice Anthony Kennedy recently announced his retirement, a national conversation kicked into gear regarding the process of nominating and confirming a new justice to our nation’s highest court.

To help make sense of the SCOTUS – its history, its role in our society, the personalities among its ranks – the Library has gathered a collection of resources to help you explore how its decisions have influenced the country and the lives of its people.


Films
The streaming film service Kanopy has a collection of documentaries about the  Supreme Court and its decisions.

How to use Kanopy      Supreme Court films

Jeffrey Rosen, president and CEO of the National Constitution Center and one of the nation’s preeminent authorities on the Supreme Court, visited the Library in January 2017 to discuss the status of the institution following the 2016 death of Justice Antonin Scalia and the court’s possible ideological direction following Donald Trump’s election. At the time, Rosen noted that Trump could wind up making multiple appointments to an aging court that includes octogenarians Ruth Bader Ginsburg, Stephen Breyer, and the now-retiring Anthony Kennedy.

Listen to the program audio >
Watch on the Library's YouTube channel >

Appointing the Supreme Court: From Truman to Obama

The appointment of Supreme Court justices has evolved since the mid-20th century into one of the most controversial and divisive constitutional responsibilities of a U.S. president. In 2009, David Atkinson, the late Curators' Distinguished Teaching Professor of Political Science and Law at the University of Missouri-Kansas City, compared and contrasted the differences between the early-2000s court and the body that served in Truman's time, paying close attention to the role of the news media and the U.S. Senate.

Listen to the program audio >

Frank Colucci, an associate professor of political science at Purdue University Northwest who specializes in constitutional law, discusses the legacy of Justice Anthony Kennedy and what his retirement (and his replacement) means to the future of our nation’s highest court. Colucci is the author of Justice Kennedy’s Jurisprudence: The Full and Necessary Meaning of Liberty.


Two Supreme Court justices have visited the Library to discuss our society, its laws, the history of the court, and the legacies of some of their fellow jurists.

Sandra Day O’Connor – Out of Order: Stories from the History of the Supreme Court

The first woman appointed to the Supreme Court of the United States, Sandra Day O’Connor learned firsthand the inner workings, history, evolution, and influence of the nation’s highest court. The retired justice shared those insights in a 2013 discussion of her book Out of Order: Stories from the History of the Supreme Court. O’Connor sheds light on the centuries of change and upheaval that mark the court's history. 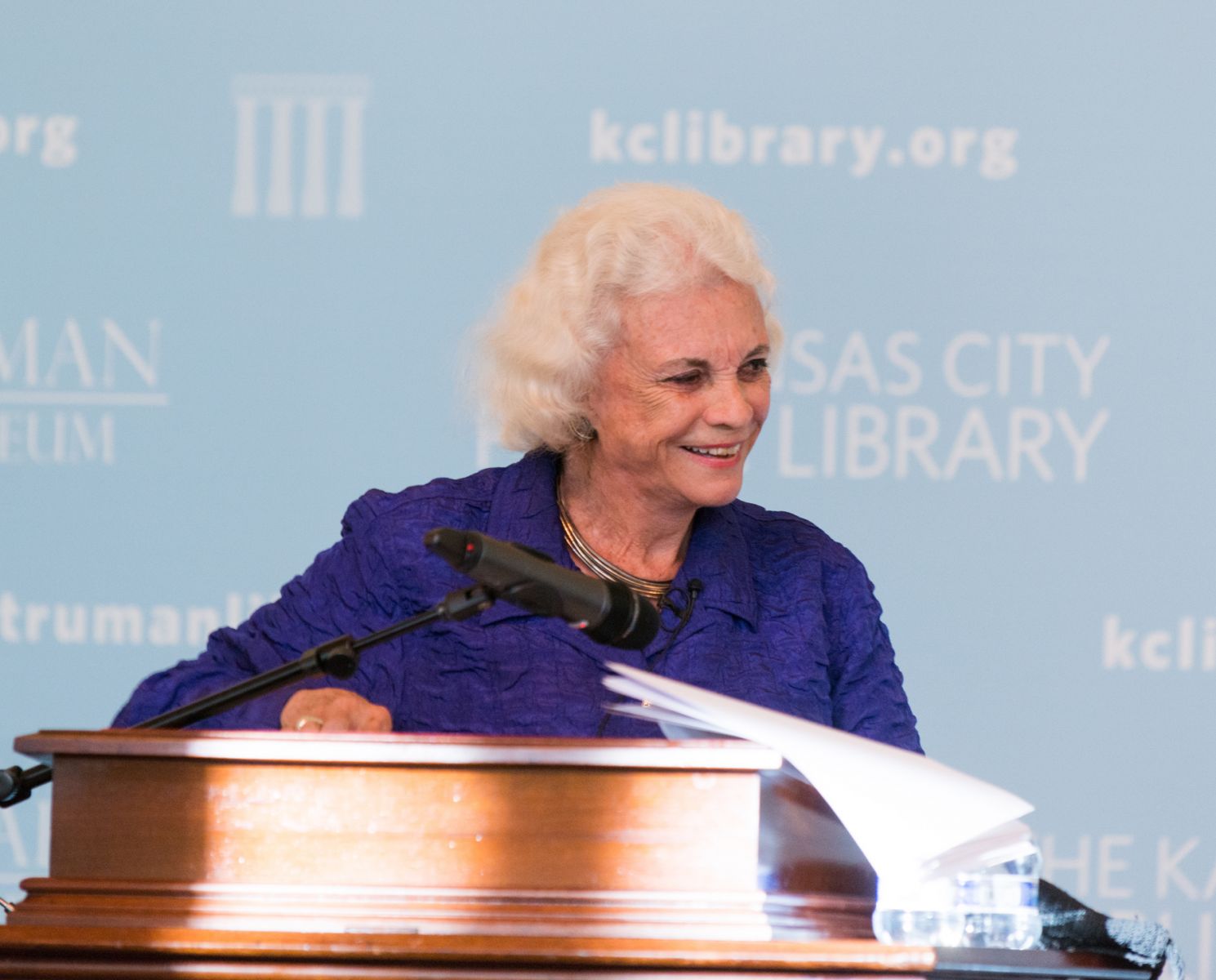 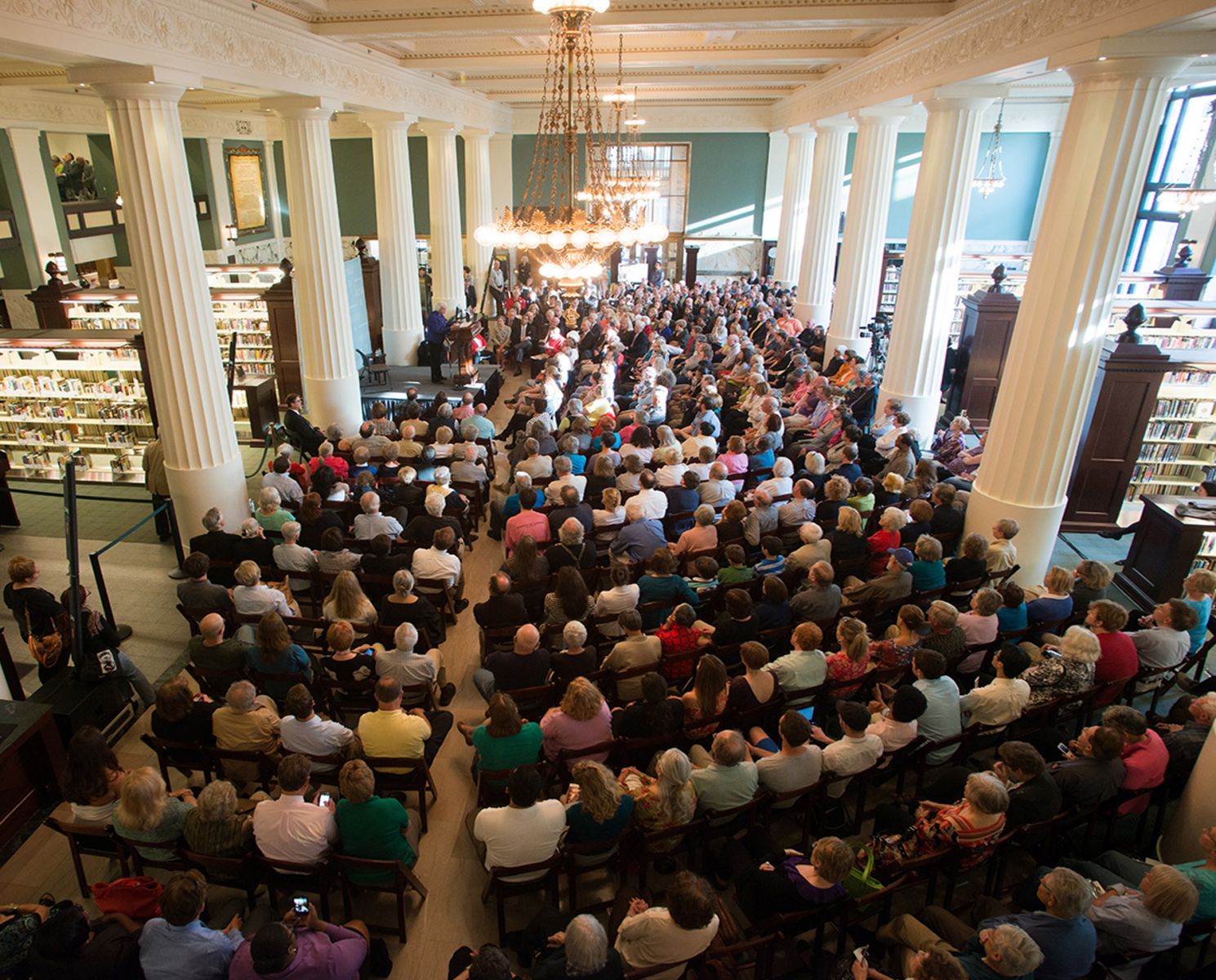 O'Connor drew close to 1,000 attendees, filling the Central Library's Kirk Hall with 500 people plus another 400+ in closed-circuit viewing areas in other parts of the building. (photo credit Mark McDonald)

During a 2011 Library visit, Supreme Court Justice Stephen Breyer explored the role of the court in American government and explained why he believes the justices should interpret the Constitution in a way that works in practice as well as in theory. Breyer rejected approaches that look exclusively at the Constitution’s text or the 18th-century views of the framers, advocating instead for a pragmatic approach that applies unchanging constitutional values to ever-changing circumstances.

Borrow the book
Watch on the Library's YouTube channel >


In 2013, the Library presented a series of programs featuring in-depth discussions of notable Supreme Court cases and their subsequent impacts on American society.

Dred Scott and the Politics of Slavery
Audio  |  Video

The Library offers several digital resources and databases to further explore Supreme Court cases and U.S. law. Many are free to access with your Library card.

FedWorld's Supreme Court Decisions
Sponsored by the U.S. Department of Commerce, this site offers full texts of Supreme Court decisions issued between 1937 and 1975. You can search by case name or full text.

United States Reports
Official reports of the decisions of the U.S. Supreme Court.

Legal Forms Library
Access thousands of downloadable legal forms from both Missouri and Kansas, including state, federal, business, real estate and personal forms.Click on the link "All State Subscriptions" at the top of the page to get forms from the state you need. Also use an attorney directory, arranged by state and practice area. A new feature is their Law Digest—containing summaries of all 50 state statutory laws, arranged in easy-to-use alphabetical topics and subheadings.