Last modified:
Friday, November 2, 2018
Halloween is a great time to get into costume, tell scary stories, collect and hand out candy, and sit down to a frightful flick. While many may not consider it a time to share holiday cards, a visit to our Missouri Valley Room on the fifth floor of Central Library show that people have been sending spooky postcards and other stationery for a long time.

Browse through our collection for inspiration. 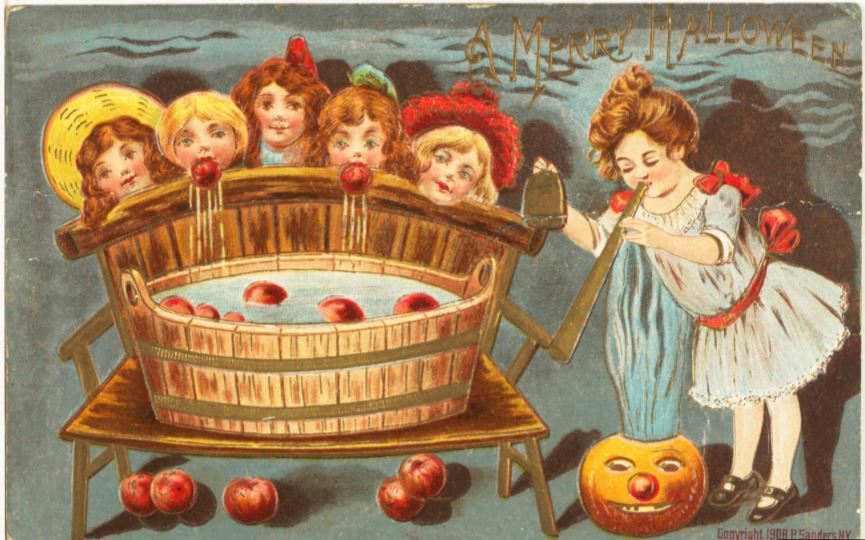 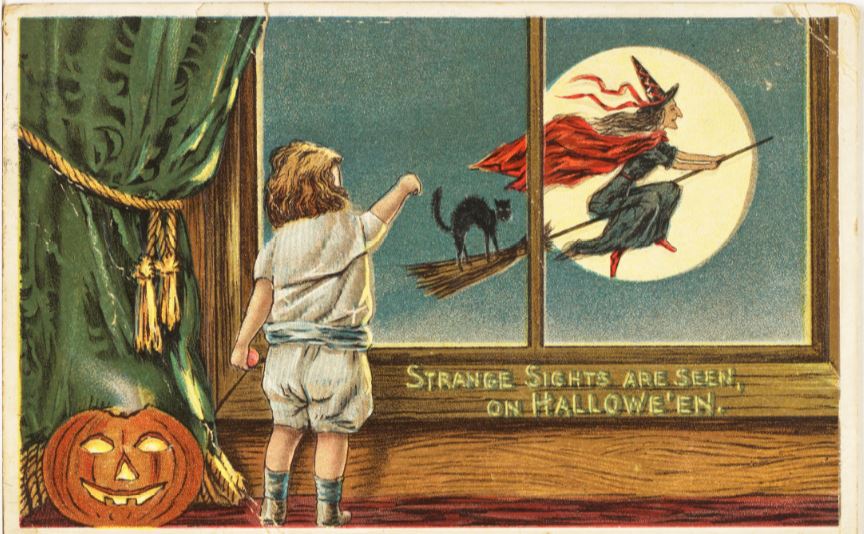 A Halloween postcard from 1909. From the Mrs. Sam Ray Postcard Collection. 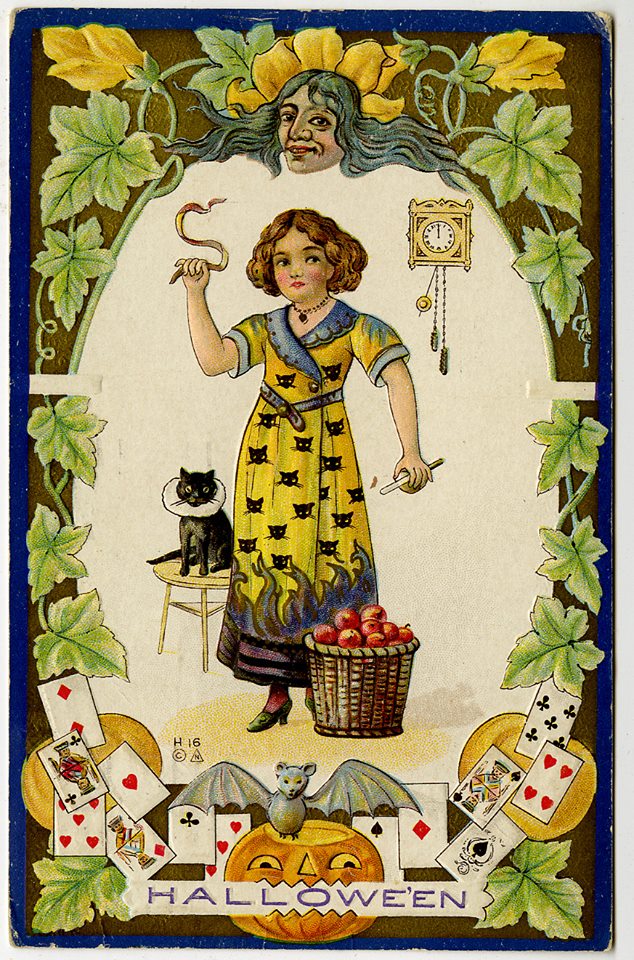 This card features many traditional Halloween elements. Note the apple peel in the young woman’s right hand. According to tradition, if she throws it over her right shoulder and it forms a letter, that will be the first initial of her future husband. 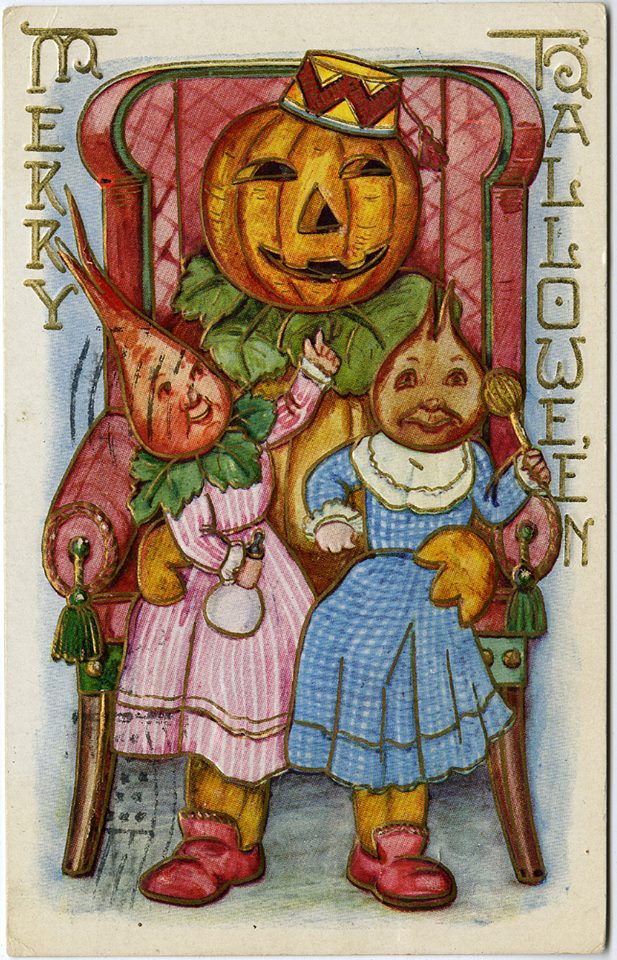 You might be asking why the children have turnip heads. Jack-o’-lanterns originated in Ireland, and were originally carved from turnips and other vegetables. When immigrants brought this tradition to America, they found pumpkins more plentiful and easier to carve. Turnips nonetheless were commonly found in Halloween imagery in the early 1900s, when this postcard was produced. 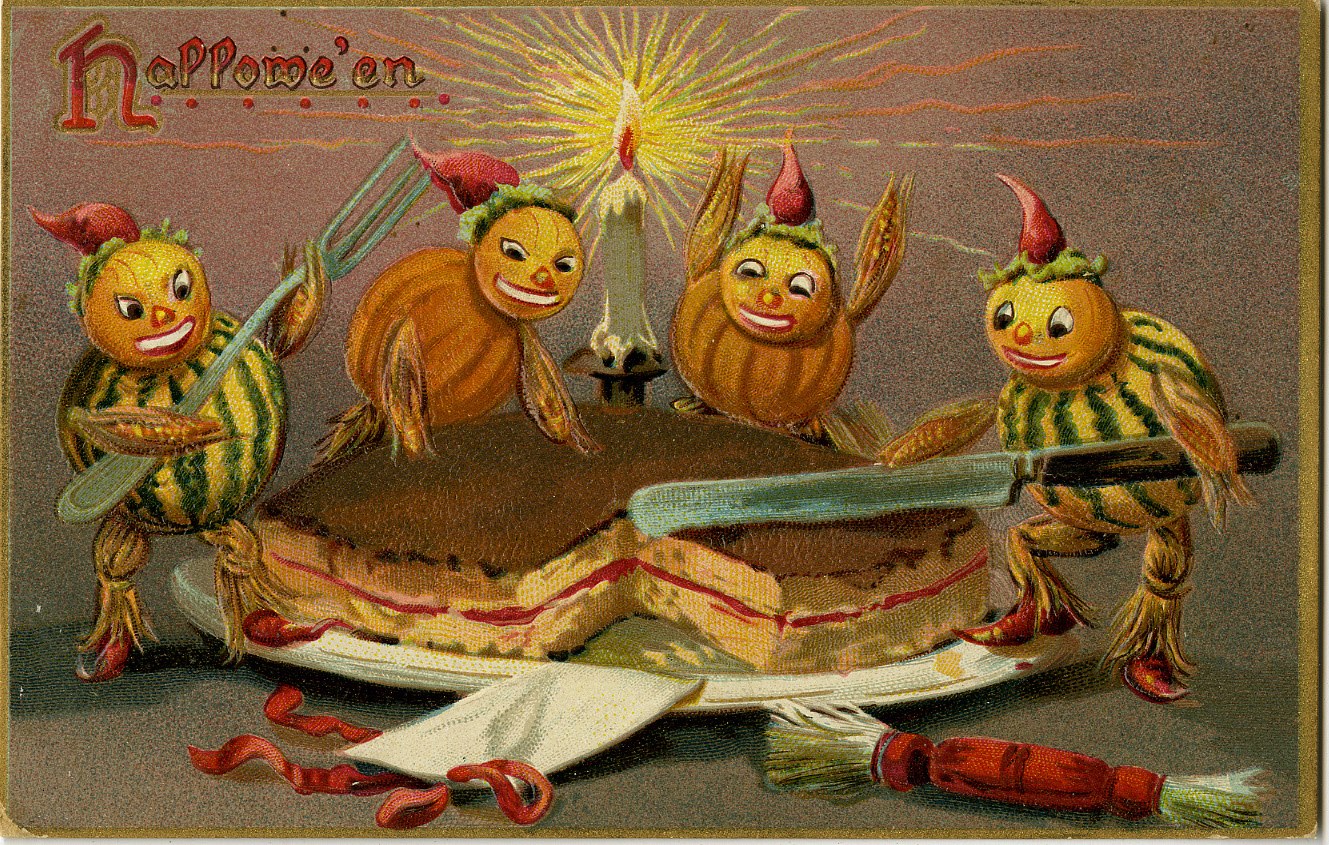 These mischievous-looking creatures appear to be cutting a cake or possibly barmbrack, an Irish sweet bread traditionally served on Halloween. 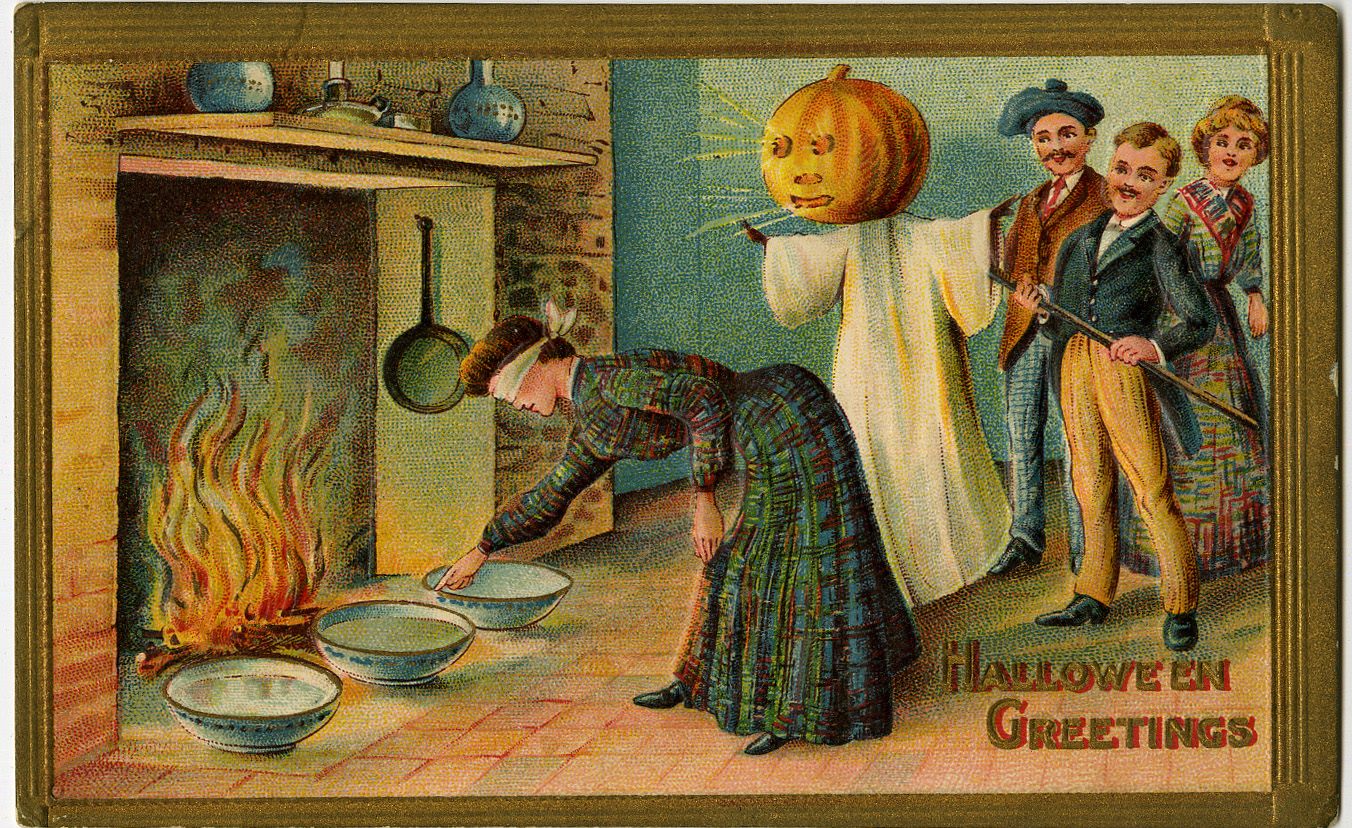 This lively group appears to be playing a Victorian parlour game called “Three Luggies” or Three Bowls. One bowl is filled with milk, one with water, and the third is empty. If the blindfolded woman dips her finger in the water, she will marry a bachelor; if the milk, then a widower. If she chooses the empty bowl, she will remain single the rest of her days. 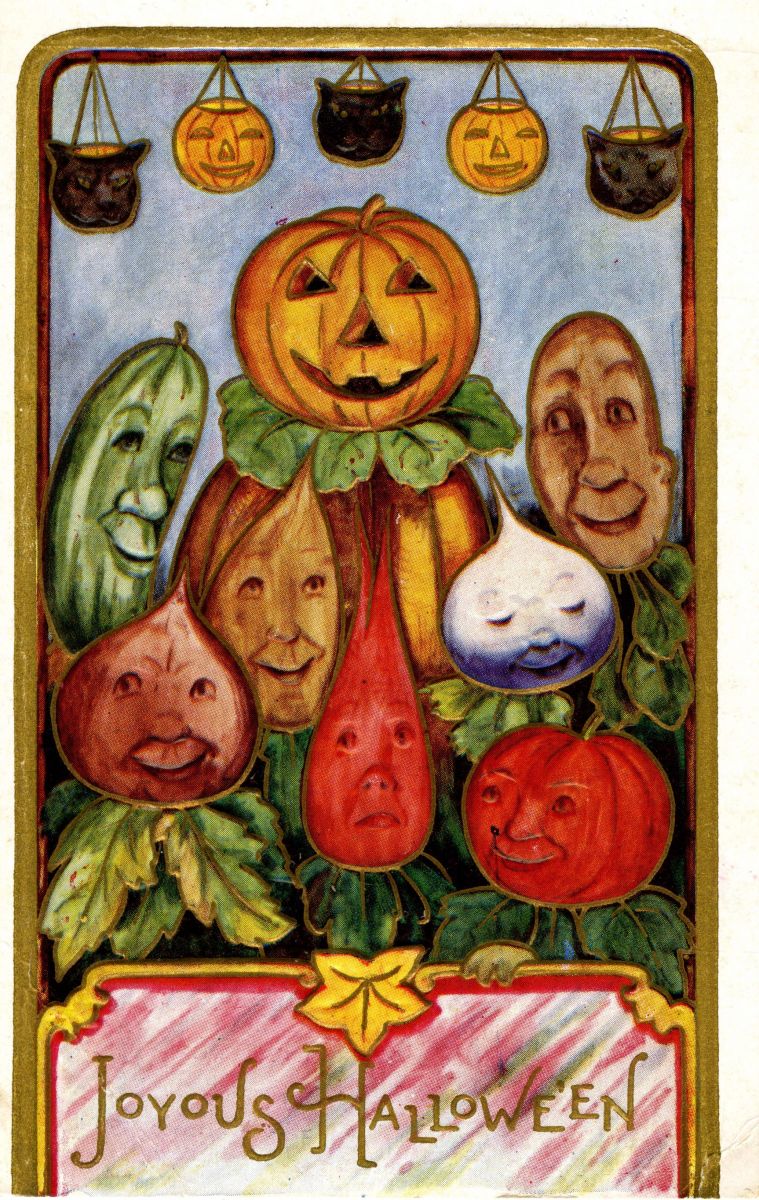 One of the earliest known records of jack-o'-lanterns comes from Irish folklore describing turnips used to make lanterns with ugly faces carved into them. 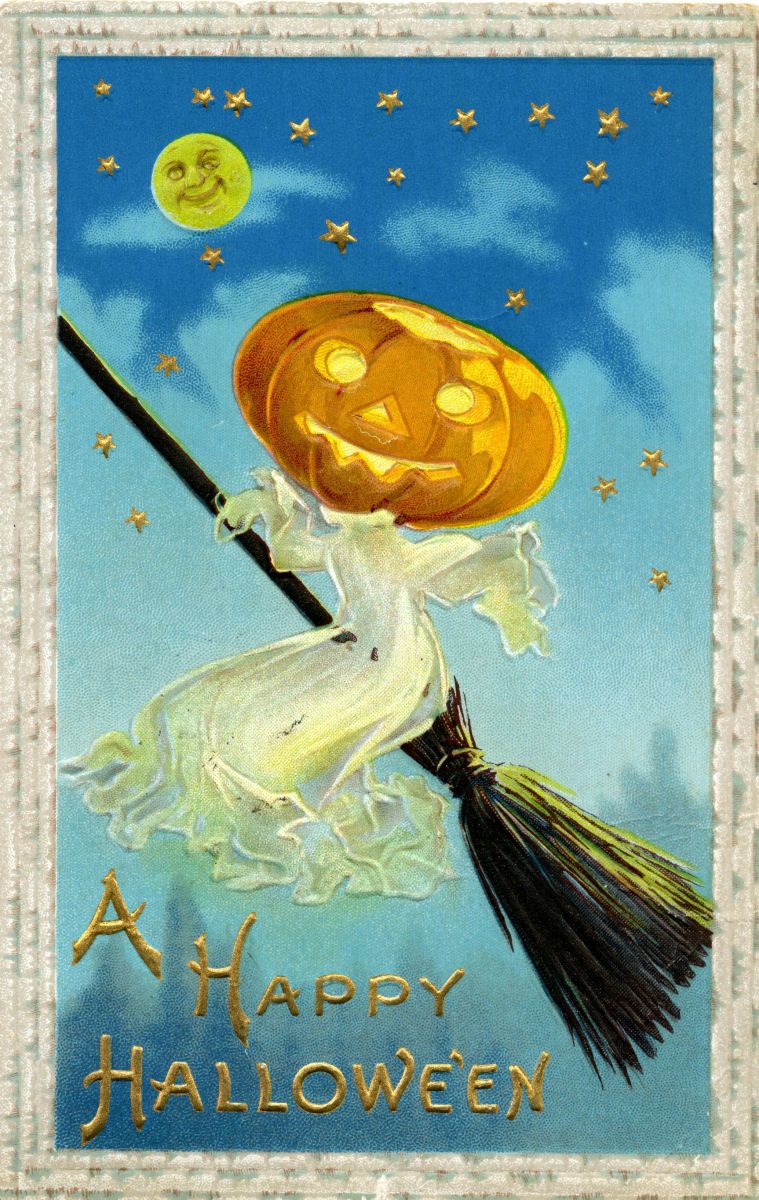 Other jack-o'-lantern theories point to the custom deriving from Scottish or British traditions of carving out various vegetables. 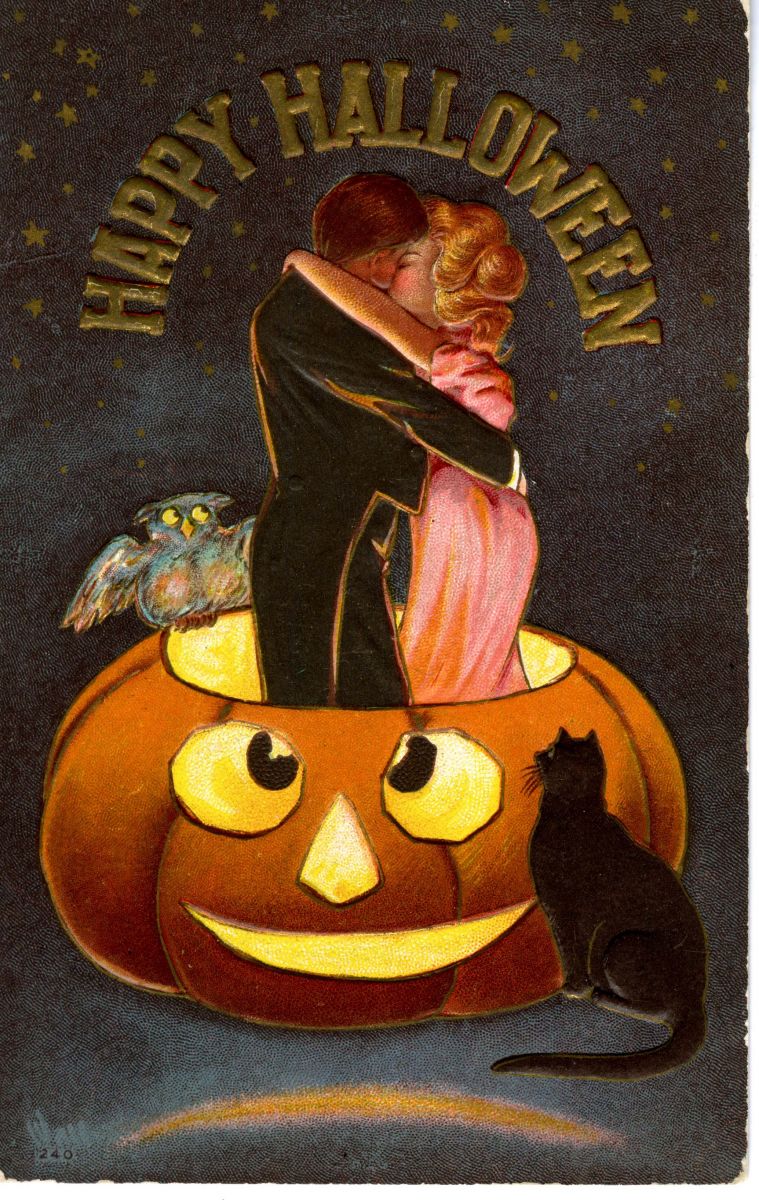 When the jack-o'-lantern tradition made its way to the United States, pumpkins became the carvable fruit/vegetable object of choice. 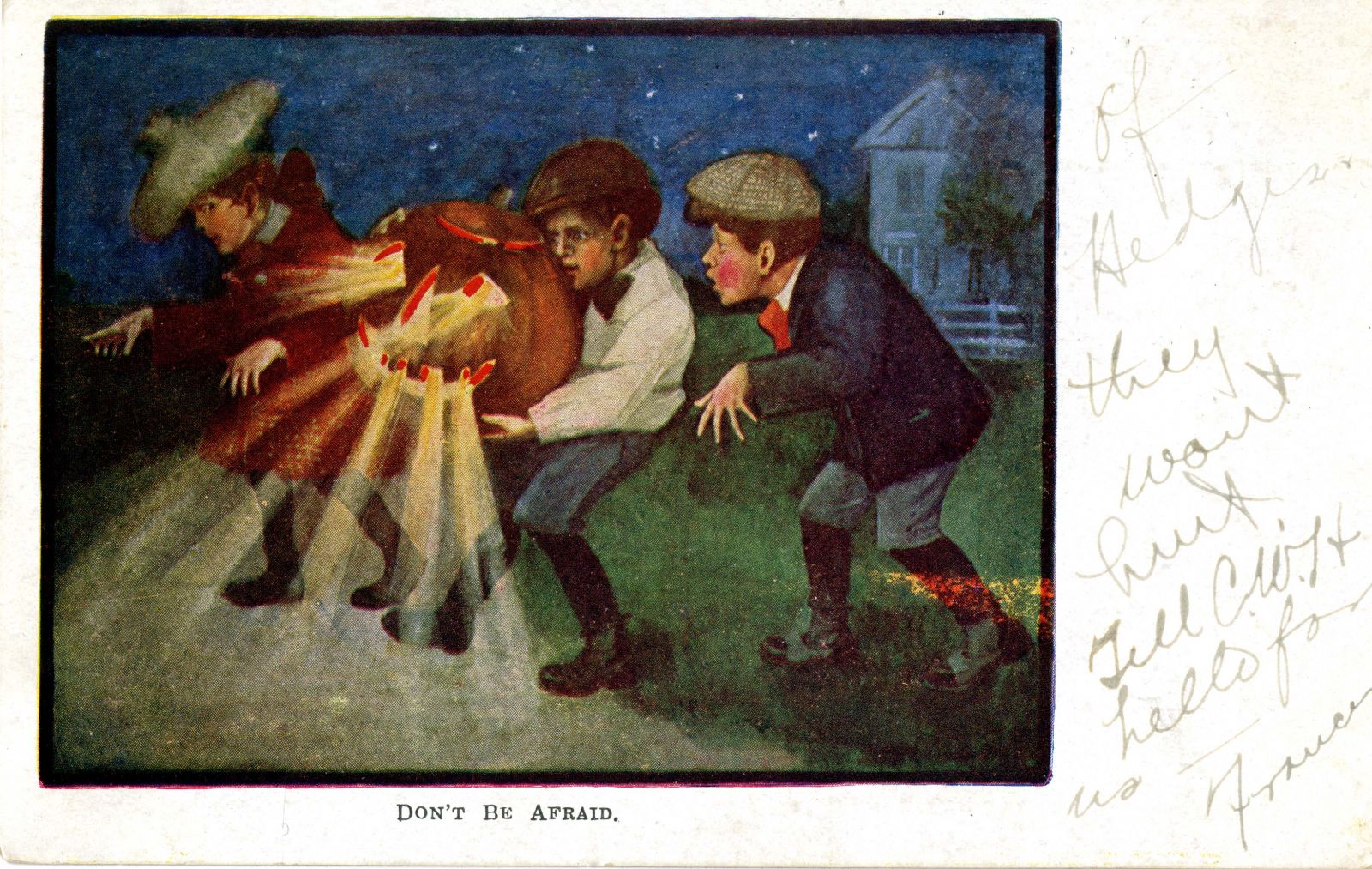 The sender added a handwritten note to this postcard.