The Library’s historical website The Pendergast Years: Kansas City in the Jazz Age & Great Depression has been accorded a prestigious Award of Excellence from the American Association for State and Local History. It recognizes “superior and innovative achievements” in the collection, preservation, and interpretation of state and local history.

KCPL is one of 50 recipients of the award nationwide and among just three to win for a multimedia project. The Pendergast website and a companion book, Wide-Open Town: Kansas City in the Pendergast Era, earned previous awards from the Missouri Conference on History and the Jackson County Historical Society.

The AASLH awards will be presented at the organization’s annual meeting in Philadelphia, Pennsylvania, on Friday, August 30, 2019. Now in their 74th year, they are underwritten by cable television’s History channel. 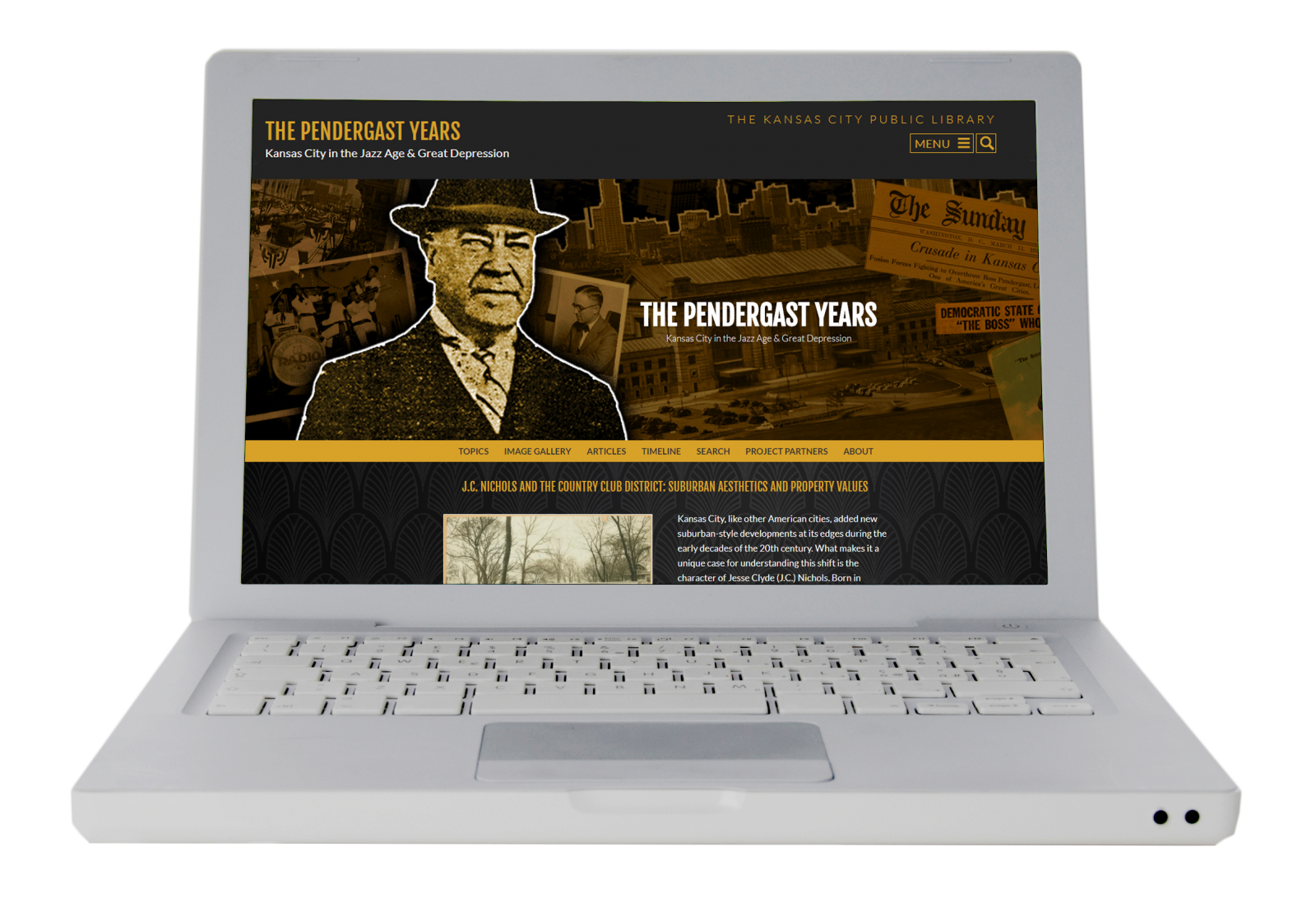 “Each year, the awards program bestows this honor to organizations and individuals who model best practices and innovative work in our field,” says Nicholas Hoffman, managing director of education and visitor experience at the Missouri Historical Society and the AASLH’s national awards chair. “These 50 award winners show the importance of using history to address contemporary issues and working with communities to share history that is relevant to them.”

“One of the most exciting aspects of the project,” says Jason Roe, the Library’s digital history specialist and editor of the Pendergast website, “has been working with a multitude of scholars and partnering archives, which allowed us to provide a far deeper and richer collection than would be possible using Library resources alone. This collaborative approach is what makes the project unique and helps people see what life was like in 1920s and ‘30s Kansas City.”

The Pendergast Years: Kansas City in the Jazz Age & Great Depression spotlights the near-decade and a half – from 1925 to 1939 – in which political boss Thomas J. Pendergast ruled the city’s government and criminal underworld. The website features thousands of photos, letters and related documents, plus an array of scholarly articles on topics of the day ranging from race relations to the paradox of developer J.C. Nichols. The effort entailed partnership with 20 archives and dozens of professional historians who contributed original research.

The site has drawn more than 93,000 visits and nearly 345,000 page views since its launch in February 2018, and underscores the scope of digital history resources available through the Library and its research-oriented Missouri Valley Special Collections.

The AASLH Award of Excellence is presented for “excellence in history programs, projects, and people when compared with similar activities nationwide.” The Kansas City Public Library is one of two Missouri winners in 2019, joining author Christopher Alan Gordon of the Missouri Historical Society for the book Fire, Pestilence, and Death: St. Louis, 1849. Gordon spoke at KCPL in June 2018.

Also winning from the Kansas City area was the Johnson County Museum for the exhibit The Turbulent Twenties.

Earlier this year, in January, the Library’s Pendergast website was honored with the Jackson County Historical Society’s Digital History Award. The Missouri Conference on History named the Wide-Open Town companion volume the winner of its 2019 Book Award.