Violence Among Us: Books that Focus on School Shootings

Earlier this year, teens at Hogan Preparatory Middle School may have averted tragedy. They told their parents when someone threatened to bring a gun to school. The student rumored to be armed arrived at school on January 25, 2013. That morning, “Kansas City police said they found a Glock 19 semi-automatic weapon along with ammunition in the student's backpack.” 1 Instead of the boy shooting anybody, everyone went home unharmed.

You go to school every weekday. How can you prevent violence there? People who are planning an attack usually leave warning signs before they do anything. Ask yourself some questions.
Has the student made threats, boasts, or warnings? Could his friends have encouraged plans for violence? Do his records indicate any past misbehavior or other troubling incidents? Does he show signs of depression or difficulty with personal problems? Is he singled out for bullying or teasing? Does he have access to firearms?2

The fact of the matter is that every person is a part of a community. Everyone is somebody’s son or daughter, friend, classmate, etc. This is true for those who are hurt and those who do the hurting.
Three fictional books that examine the context of school shootings are Hate List by Jennifer Brown, Give a Boy a Gun by Todd Strasser, and Mockingbird Mok'ing-bûrd by Kathryn Erskine.

Valerie Leftman, the main character in Hate List, has to face herself and her peers when she starts a new school year on crutches. Her boyfriend, Nick, shot and killed people at their school, and Val suffered a bullet wound while saving a classmate She spent the summer in recovery. However, her relationship with Nick and the list that they made before the incident made her less than a hero upon her return to school. The list named people who they hated and felt had wronged them. After the fact, that list shows Nick’s motive. While the police clear Val, her name in the school is far from unsoiled.

In Give a Boy a Gun, Allison Findley’s experience is similar to the one that Val has in Hate List. Her actions save the life of a classmate who her boyfriend shot. However, this book is different in that Allison’s story is not the main focus. Several people involved in a school shooting give their perspectives on what happened. Teachers, students, popular kids, outcasts, one of the shooter’s moms… little snippets from each of them piece together the picture of what occurred.

Perspective is key in Mockingbird Mok'ing-bûrd by Kathryn Erskine. Caitlin tells the story, and she has Asperger’s syndrome. This ten-year-old girl had only one person who really understood her: her brother, Devon. However, this book happens after he dies in a shooting at his middle school. Caitlin seeks closure, but so do other people: her father, the son of a teacher who was shot, and the cousin of the shooter—along with the entire community.

All these books provide a unique view of the phenomena of school shootings. Yet they all remind people how complex both the causes and effects of such violence are. Thank you to the students at Hogan Prep. In an ideal world, murders in schools would be nothing more than fiction. 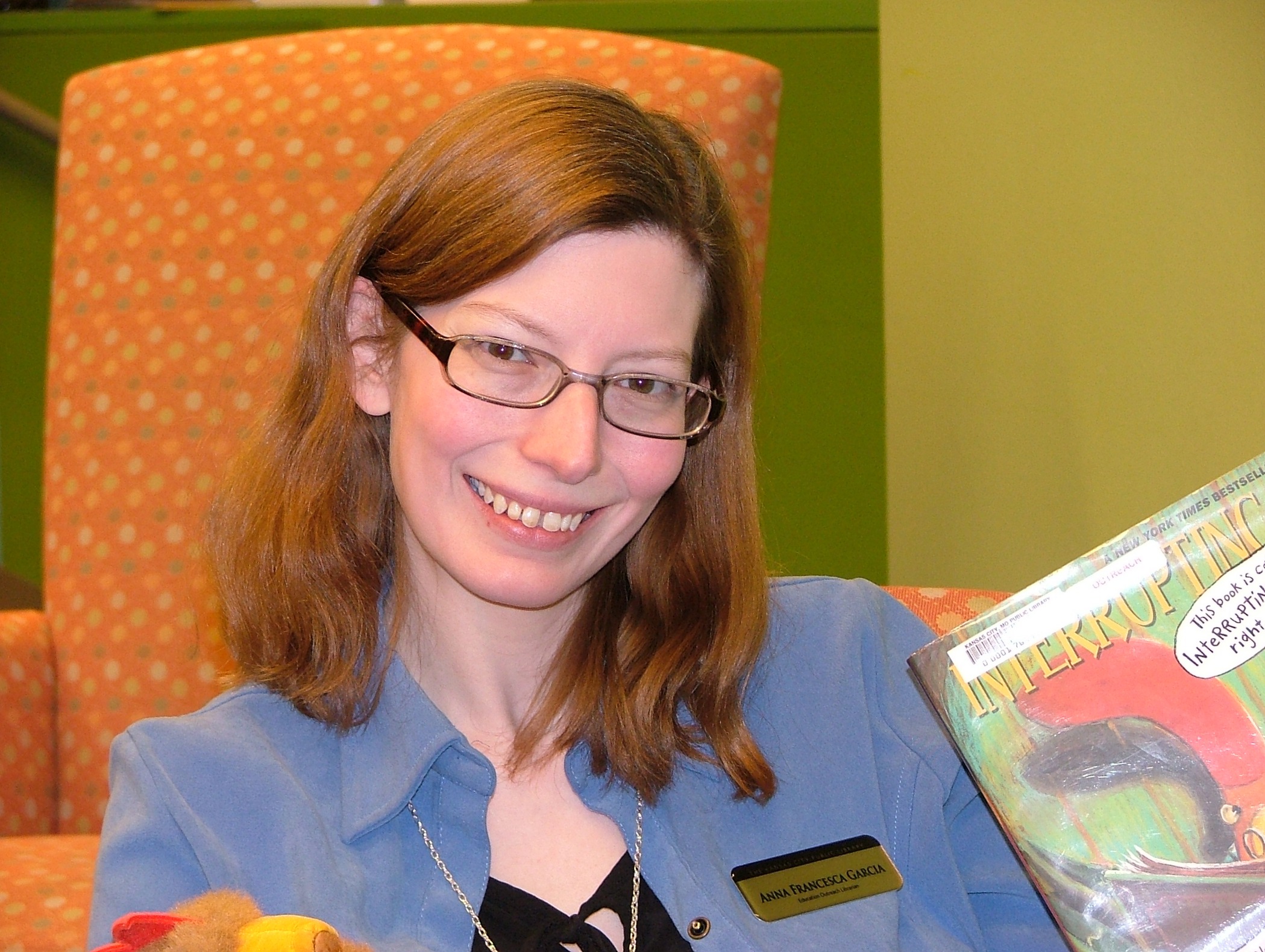 Anna Francesca Garcia earned her Master of Library and Information Sciences Degree from the University of North Texas. She has worked for eight years in public libraries in Nevada and Missouri. Currently, Anna is the Outreach Education Librarian for the Kansas City Public Library. She enjoys theatre, poetry, and the antics of her five-year-old daughter.