Explore the life and career of Missouri-born artist Thomas Hart Benton in these books and documentary at the Library.

An Artist in America
By Thomas Hart Benton
In this autobiography, Benton writes about his life and career. It includes descriptions of his boyhood in Missouri and his travels, as well as discussions of specific works of art and other artists.

Discover the Missouri-born outlaw who became one of America’s most notorious bank and train robbers through these nonfiction accounts of his life, as well as through fiction.

Jesse James: The Best Writings on the Notorious Outlaw and His Gang
Edited by Harold Dellinger
From his early days as a Civil War guerilla to his untimely death at the hands of that "dirty little coward" Robert Ford, few figures in American folklore have captured the imagination quite like Jesse James. In these pages, noted James authority Harold Dellinger sifts through the hundreds of published articles and books about James to painstakingly create a compelling collage of character, an extraordinary, multifaceted portrait of one of history's most infamous outlaws.

Learn all about the crucial Battle of Gettysburg during the Civil War or pick up a novelist’s take on the events in these books at the Library.

Related event:
Panel discussion of the Battle of Gettysburg, July 1

Gettysburg
By Stephen W. Sears
Gettysburg, the great Civil War campaign, was the turning point of the war. Sears tells the story in a single volume, from the first gleam in Lee's eye to the last Rebel hightailing it back across the Potomac.

From science fiction to the paranormal to creepy biotechnology scenarios, these books for teens are sure to thrill.

Prism
By Faye and Aliza Kellerman
Prism takes us to a slightly alternate universe in which medicine and health care do not exist, and in which sick people are allowed to die without any care. Set in New Mexico and California, the novel features three teens that fall through a cave at Carlsbad Caverns in New Mexico while on a field trip. They are plunged into a frightening parallel universe – seven weeks in the past, in which their "normal" worlds of family and high school remain the same...except for the fact that no medicine exists and when people die in the street they are picked up and disposed of.

From flappers to Prohibition to the upheaval of the Great Depression, these books explore society and culture of 1920s-30s America.

The Devil's Tickets: A Night of Bridge, a Fatal Hand, and a New American Age
By Gary M. Pomerantz
Through larger-than-life characters and a timeless partnership game they played, The Devil's Tickets evokes the last echoes of the Roaring Twenties and the darkness of the pending Depression.

Flapper: A Madcap Story of Sex, Style, Celebrity, and the Women Who Made America Modern
By Joshua Zeitz
Through the madcap lives of Zelda Fitzgerald, Lois Long, Coco Chanel, Clara Bow, and other Jazz Age luminaries, Flapper tells the fascinating story of the new woman and the making of modern culture.

For National Rose Month this June, pick up some entertaining “rosy” reads at the Library.

Start with a fast-paced mystery. Publishers Weekly states that The Blue Rose by Anthony Eglin “combines just the right amount of horticultural detail with well-drawn characters and an absorbing plot.” In this book, Alex and Kate Sheppard move into a house in the Wiltshire countryside surrounded by a walled garden that contains an impossible, perfect blue rose bush. Death and kidnapping ensue.

Author Leann Sweeney began her Yellow Rose Mystery series with Pick Your Poison. In this novel, the young Texan heiress Abby Rose turns into an amateur sleuth after finding the gardener dead – a victim of murder – in her greenhouse.

Related events:
Cultivating Kansas City: Food From the City, For the City, June 18

Farm Animals in the City, June 20

How to Eat Local in Kansas City, June 21

Plenty: Eating Locally On the 100-Mile Diet
By Alisa Smith and J.B. MacKinnon
Plenty tells the remarkable adventures of a Canadian couple who make a year-long attempt to eat foods grown and produced within a 100-mile radius of their apartment--and learn the simple joys of reconnecting with community and home ground in the process.

Alice Hoffman, author of Practical Magic and Here on Earth, will discuss her new book The Story Sisters on June 16, 2009 at the Plaza Branch. If you’re a fan of Hoffman’s work, you might enjoy these novels.

The Story Sisters
By Alice Hoffman
A family is shattered when one of three sisters dies tragically in an automobile accident. How the family survives--separates, reconfigures, and reconciles--is at the heart of this exquisite exploration of the ties that bind.

The Third Angel
By Alice Hoffman
Three mesmerizing tales of love and betrayal, inspiration and despair, survival and hope, brilliantly interact as characters merge from one fictional incarnation to the next. 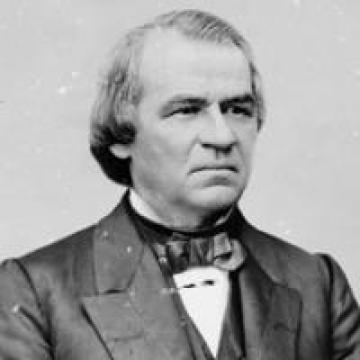 Learn more about our 17th president, Andrew Johnson – from the challenges he faced to his impeachment and acquittal.

Impeached: The Trial of President Andrew Johnson and the Fight for Lincoln's Legacy
By David O. Stewart
The author of The Summer of 1787 writes a dramatic re-creation of the impeachment trial of Andrew Johnson, which became the central battle of the struggle over how to reunite a nation after four years of war.

Grand Inquests: The Historic Impeachments of Justice Samuel Chase and President Andrew Johnson
By William H. Rehnquist
Published in 1992, then Supreme Court Chief Justice William Rehnquist writes about the history and legal precedent set in the two impeachments of the nineteenth century. 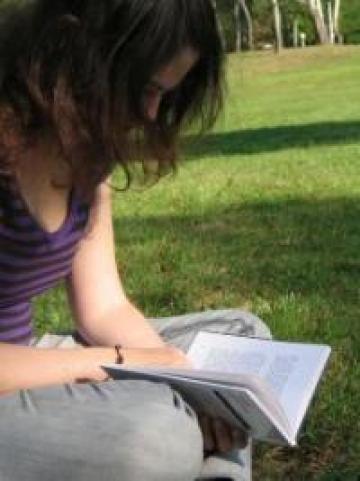 School is out, the temperature is reaching toward the 90s – it’s officially time for summer reading. But, what to read? These summer reading lists should have more than enough suggestions to last you through the heat.

National Public Radio (NPR) picks its favorites for the season at Summer Books 2009. Here, you can find the Best Fiction for Every Kind of Summer Day. If you’re looking for something a little weightier, try this list called On the Hunt for Fabulous Fiction. Or, maybe you’re in the mood for suspense and intrigue? Check out For Summer Sleuths: Best Mystery, Crime Novels for some great suggestions. For readers who like to check out the latest cookbooks, NPR has you covered with The 10 Best Summer Cookbooks Of 2009. 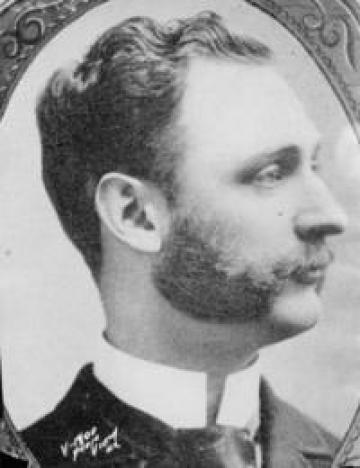 Discover the dreamer and visionary, Arthur Stilwell, whose crowning achievement was the railroad that became the Kansas City Southern.

Arthur E. Stilwell, Promoter with a Hunch
By Keith L. Bryant, Jr.
This comprehensive biography covers Arthur Stilwell’s complete life. Bryant discusses Stilwell’s childhood, his career with the railroads, life in Kansas City, the creation of Port Arthur, Texas, projects that were never completed, and his final years as an author.

These memoirs depict modern farm life – many from the perspective of recently displaced city dwellers.

Coop: A Year of Poultry, Pigs, and Parenting
By Michael Perry
In over his head with two pigs, a dozen chickens, and baby due any minute, the acclaimed author of Truck: A Love Story gives readers a humorous, heartfelt memoir of a new life in the country.

Stronger Than Dirt: How One Urban Couple Grew a Business, a Family, and a New Way of Life from the Ground Up
By Kimberly Schaye and Christopher Losee
Kim and Chris battle mulch, bugs, dirt, and snow, as well as their own inexperience, to launch Silverpetals Farm. Now, seven years and one successful business later, they wouldn't trade their new life for anything. For gardeners of every description, Stronger Than Dirt is joyous reading.

Lake With No Name: A True Story of Love and Conflict in Modern China
By Diane Wei Liang
Lake with No Name is Diane Wei Liang's remembrance of the time surrounding the events of Tiananmen Square in 1989, of her own role in the democratic movement and of the friends and lovers who stood beside her and made history on that terrible day.

Escape from China: The Long Journey from Tiananmen to Freedom
By Zhang Boli
One of the top student leaders at Tiananmen Square traces his amazing path to liberty in this spine-tingling and vivid memoir.

Women have had a huge impact on architecture. These books explore the work of women architects and their role in the field.

The First American Women Architects
By Sarah Allaback
By 1920, there were over two hundred women practicing architecture in the United States, actively working on major design and building projects before they were even given the right to vote. These women designed thousands of buildings nationwide. In this book, Sarah Allaback chronicles the lives and careers of more than seventy pioneering female architects practicing in the United States in the late nineteenth and early twentieth centuries.

These books at the Library explore the intersection of art and society in the United States.

Related event:
“Drawing the Curtain Back: Reinstalling the American Galleries at the Nelson-Atkins Museum of Art,” June 3

Framing America: A Social History of American Art
By Frances K. Phol
For more than a generation, critics and scholars have been revising and expanding the customary definition of American art. A tradition once assumed to be mainly European and oriented toward painting and sculpture has been enriched by the inclusion of other media such as ceramics, needlework, and illustration, and the work of previously marginalized groups such as Native Americans, African Americans, Latinos, and Asian Americans. Frances Pohl's Framing America provides a comprehensive survey of this new, enlarged vision of American art.