Post date:
Thursday, November 30, 2017
The Kansas City Public Library is featured in two segments of the latest C-SPAN Cities Tour, which takes the cable network's Book TV and American History TV on the road to highlight the history and literary life of a selected city. The Kansas City-centric episodes aired December 2 and 3, 2017, touching other things on the Stockyards Collection in the Library's Missouri Valley Special Collections and the upcoming website focusing on the city's rowdy Pendergast era. Videos are available for viewing online. 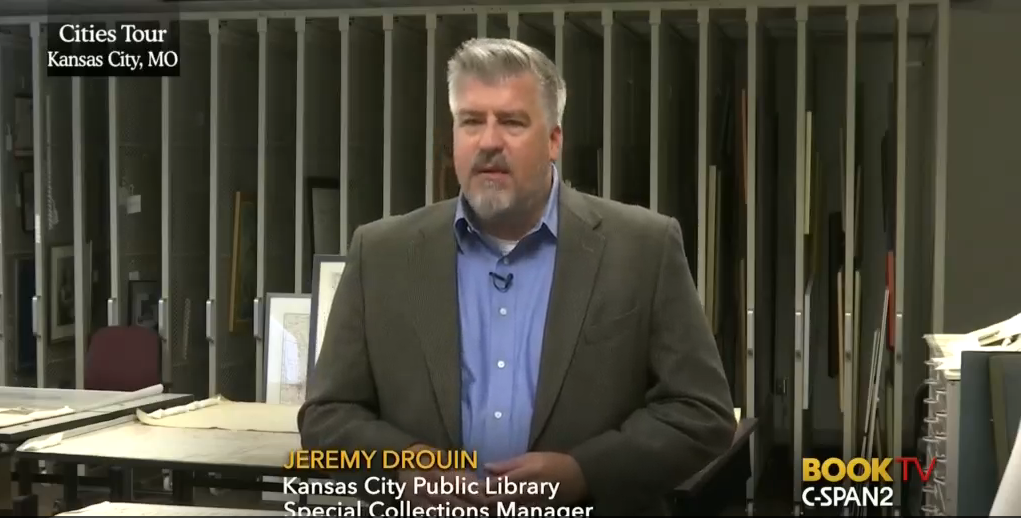 Missouri Valley Special Collections manager Jeremy Drouin and archivist Kara Evans discussed the history of the Stockyards District in the West Bottoms and showcased photos, maps, and other materials archived in the Library's collection.

Kansas City During the Pendergast Era 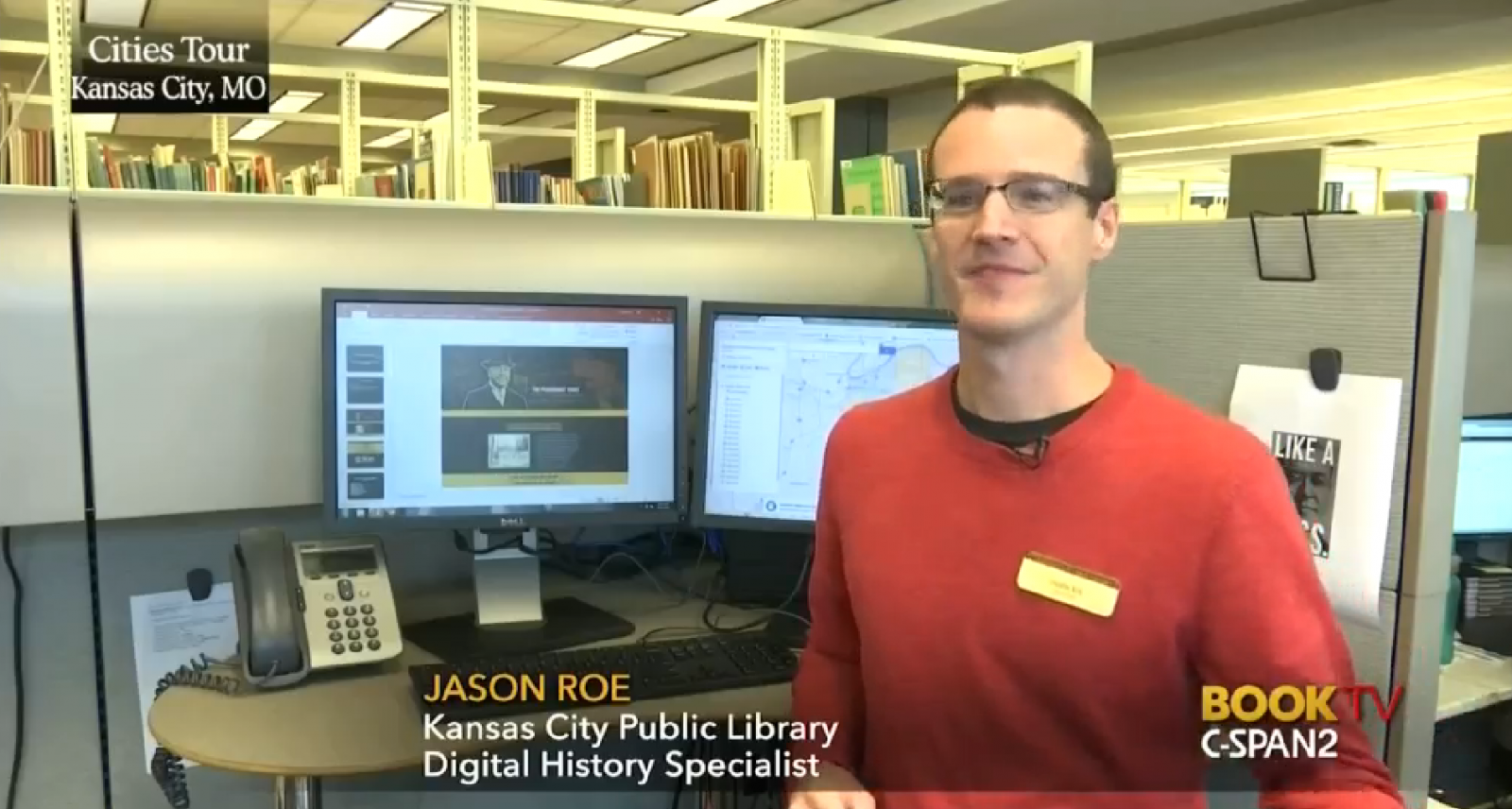 Jason Roe, the Library's digital history specialist, previewed the upcoming digital collection The Pendergast Years: Kansas City in the Jazz Age & Great Depression, and how it will be used to explore the history of Kansas City during the mid 1920s to the late 1930s, a period when political boss Tom Pendergast exerted influence over the city.

On Saturday, December 2, Book TV (on C-SPAN2, Spectrum channel 226) offerings from Kansas City aired together in one block:

On Sunday, December 3, all of the history programming from the city aired on American History TV (on C-SPAN3, Spectrum channel 227), Segments explored the role the Missouri River played in trade and commerce with a visit to the Steamboat Arabia Museum with David Hawley. The Arabia was one of many steamboats to sink in the Missouri River. We learned about its recovery and the discovery of one of the largest collections of pre-Civil War artifacts. We also visit the historic African-American business district where Bob Kendrick gives a tour of the Negro Leagues Baseball Museum to learn about the history of the league in Kansas City and how the integration of Major League Baseball led to other actions in the civil rights movement. Learn about the city and its role in the Civil Rights Movement from Mayor Sly James, and so much more.

Each segment is available on a special Kansas City page on www.c-span.org/citiestour. Select Kansas City, Missouri from the dropdown under Featured Cities to view videos.