The Rubaiyat of Omar Khayyam

Omar Khayyam (1048-1131 AD) was a mathematician and philosopher at a time and place where such were highly valued fields of endeavor. His work on algebra was a pioneering effort in the discipline. Outside of Persia (modern-day Iran), Khayyam is known primarily as the author of the Rubaiyat.

During his lifetime he was not renowned for his poetry, nor was this type of poetry considered high art. It wasn't until the 19th Century, in fact, that Khayyam got his due.

It was largely thanks to Edward FitzGerald’s translation of some of these poems that the Rubaiyat is regarded a classic work today. From 1859 to 1889, FitzGerald published 5 translations (numbers 2-5 were modifications and expansions of his first attempt – the fifth translation was published posthumously).

It must be noted that FitzGerald’s translations are not strictly accurate – they owe a lot to FitzGerald’s own poetic sense. Still, they capture the spirit of Khayyam’s work, even if in a somewhat romanticized way. The title comes from the ruba’i – a Persian poetic form consisting of couplets, in which there is a rhyme scheme of AA BA in the two lines. FitzGerald cast the couplets as quatrains, with each line roughly equal to a half line in the original.

Later scholarship has cast some doubt on a dozen or more of the 101 quatrains of FitzGerald’s translation. It is thought that other poets tried their hand at ruba’is on themes similar to that of Khayyam’s work. As some of the themes were considered scandalous in the conservative Islamic culture in which Khayyam lived, it makes sense that others might hide their own handiwork, by attributing their efforts to Khayyam.

Finally, FitzGerald arranged the ruba’is in a way to suggest a thematic link and progression through the 101 quatrains. These 101 quatrains are only a small selection of the total number of ruba’is attributed to Khayyam (less than one tenth of the total).

So, to recap – we have a somewhat poeticized and loose translation of poems, some of which are not likely by Khayyam, arranged to suggest a thematic link not present in the original, and a small selection to boot. Why then read FitzGerald’s translation?

First of all, because it is poetry that entrances. Look at a few examples:

Wake! For the Sun, who scatter'd into flight

The Stars before him from the Field of Night,

Drives Night along with them from Heav'n, and strikes

The Sultan's Turret with a Shaft of Light.

A Book of Verses underneath the Bough,

Beside me singing in the Wilderness --

The Moving Finger writes; and, having writ,

Moves on: nor all your Piety nor Wit

Shall lure it back to cancel half a Line,

Nor all your Tears wash out a Word of it.

Though these quatrains have a very rigid rhyme scheme, FitzGerald does a great job of keeping the poetry sounding fresh, not at all like doggerel -- no mean feat. Also, the work is, in many ways, quite a radical statement, and one especially suited to reading in the spring. Khayyam, who had received quite a bit of education in Islamic Persia, and who, as a learned mathematician and philosopher had himself been part of the system, reveals a great skepticism here. Again, and again, Khayyam (and his imitators) casts into doubt the prevailing belief in a blessed afterlife as a reward for an ascetic life in the here and now. He refers to the tavern as if it were a temple, and suggests that book, bread, and charming companionship can bring happiness to us now, in the only life of which we can be sure. He likewise casts into doubt the value of logic and theology as opposed to a life lived. 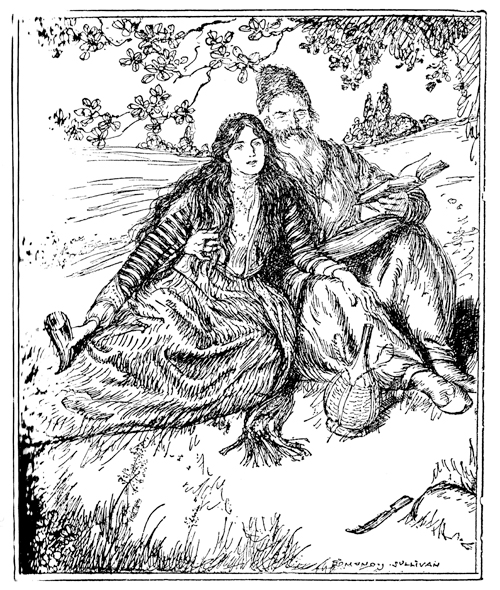 The trope of “eat, drink and be merry, for tomorrow we shall die” is a common one in lyric poetry. But in a society where alcohol is frowned upon, and a society that places high value upon learning and disquisition, to compose a work advocating living the vida loca as the best means to finding truth and paradise is a very radical statement, indeed. And, in translating this work at the height of the Victorian period, FitzGerald himself is being quite the radical.

So, do yourself a favor – sit back, relax, and let the poetry of FitzOmar (as some call this amalgam of poet and translator) wash over you. You may want, for comparison sake, to look at another translation – that of Peter Avery is a nice literal translation (not quite so poetic, and without a rhyme scheme), which has a very good discussion of Khayyam and his poetry.

Bernard Norcott-Mahany, a library technical assistant at the Lucile H. Bluford Branch, is our resident connoisseur of classic literature. He is also the leader of the Black Classics and In the Heat of the Night book groups.