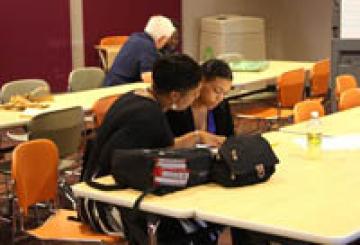 Everyday life can be loud – especially for young mothers raising kids in urban Kansas City. But on a recent Tuesday afternoon, a side room in the Lucile H. Bluford Branch of the Kansas City Public Library was a haven of quiet industry as a handful of women studied for the next phase in their lives.

The Even Start Family Literacy Program, a federally developed program managed by local literacy powerhouse the Upper Room, combines adult literacy instruction with teaching life skills to parents and children, separately and together. Its core principle: parents are the first teachers.

Five days a week, the Bluford Branch is home to the adult literacy portion of the program. In the large conference room, tutors prepare students for the high-school-equivalency GED exams – a must-pass for those without high school diplomas who want to rise in the workforce.  Meanwhile, their children, aged six months to 8 years, receive free child care and education, also provided by the Upper Room. Currently, nine mothers and 12 children are participating in the Family Literacy Program 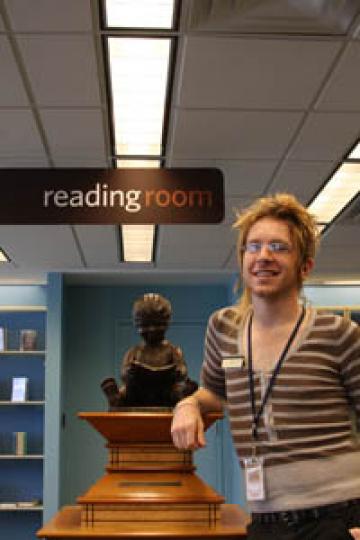 From sowing community gardens to starting grassroots organizations, Wick Thomas has fought for more causes than you can shake a picket sign at. When he's not planning a rally or hitting the political-science textbooks for school at UMKC, Thomas is championing libraries as beacons of free speech.

Lithe, bedecked with body piercings and sporting a different hair color every week, Thomas cuts a dashing, unconventional figure among the stacks in Central Youth Services, where he works as a Library associate.

When we spoke with the 23-year-old from Drexel, Missouri, his hair was sandy brown with blond highlights, teased on top and buzzed on the sides. His first gig at the Kansas City Public Library made use of his chameleonic appearance: wearing a costume and giving tours of the January 2008 exhibit Once Upon a Time: Exploring the World of Fairy Tales at the Central Library.

He worked the next two years as a technical assistant at the Ruiz Branch, where he found that his alternative appearance broke down barriers with youthful patrons.

"I think adults are intimidated by [my appearance], but kids respond to it and want to talk, and it's a good way to open them up to talking about the library," he says. 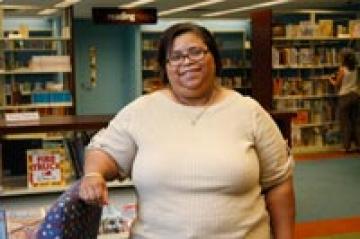 Kim Patton likes books with lots of angst. This is one reason why she’s perfectly suited for life as a teen librarian. When she talks about the sci-fi thriller Unwind by Neal Shusterman or the apocalyptic Gone by Michael Grant, she radiates enthusiasm. And as the newly crowned president of the influential Young Adult Library Services Association (YALSA), she knows what it takes to get teens reading.

An 18-year veteran of the Lawrence Public Library, Patton came to the Kansas City Public Library in December 2008 to give focus to the nascent teen services department.

“We’ve always worked with teenagers, but we didn’t have a clear plan that deliberately involved providing the services they want until we hired Kim,” says Crystal Faris, Director of Teen Services.

In Lawrence, Patton built the library’s teen center from the ground up – a pioneering move for any librarian at the time, as teen services is a fairly recent field.

Patton has always been a library lover. As a kid growing up in Topeka, she learned how to work the system to her advantage. 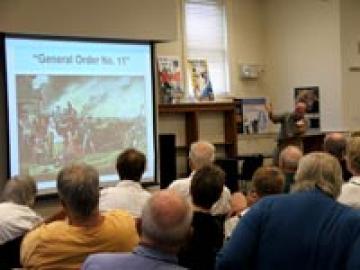 Read more
Back to School, Westside-style 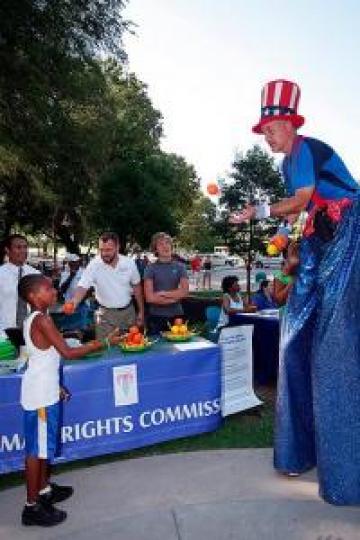 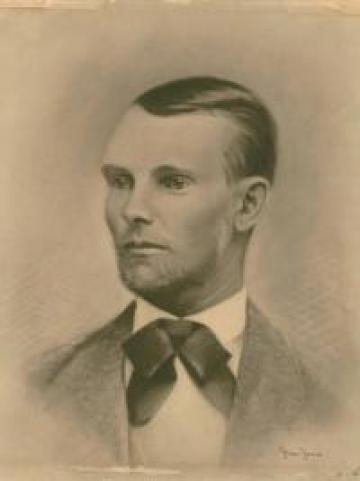 Have you met Jesse James? Charlie Parker? How about Amelia Earhart? Last year, these and other local legends barnstormed the Library for Meet the Past with Crosby Kemper. Now you can watch all of KCPT's televised episodes and relive more than a century of KC history without leaving your homestead.

From April through October of last year, a series of top-notch re-enactors conjured the personas of some of the most memorable people in American history, all with ties to the Kansas City area: Harry S. Truman, "Boss" Tom Pendergast, Walt Disney, Thomas Hart Benton and others.

Fielding questions from Library Director Crosby Kemper III, as well as the audience in attendance (usually 450 or more), these denizens of the past brought flesh, blood and a fresh outlook to the stories held in the tomes on the Library’s shelves.

Now you can revisit those conversations in our online media center. Visit our complete episode guide, get the info, and follow the links to the videos on BlipTV.