The 33rd president of the United States and a native of Missouri, Harry S. Truman also served as an officer during World War I, a U.S. Senator, and Vice President. These books include general biographies of Truman and works that examine his presidency, as well as his memoirs, letters, and speeches.

Truman
By David McCullough
Winner of the Pulitzer Prize, this monumental biography depicts an extraordinary president, Harry Truman – the man who brought the country solidly into the 20th century. Drawing from archival materials and extensive interviews, McCullough chronicles Truman's life, but it is Truman's emergence as a decisive and confident president that forms the heart of this book. 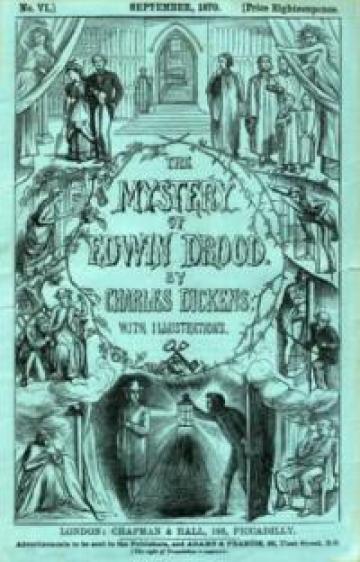 Recently, Harper Collins announced that it will publish two of Michael Crichton’s unfinished novels. Prior to that, the upcoming publication of an unfinished David Foster Wallace novel made the news. Even thirty years after the death of Vladimir Nabokov, author of Lolita, his son has announced that Nabokov’s unfinished The Original of Laura will be published in 2009 – disregarding Nabokov’s wishes to have it burned after his death.

Stephen Moss at The Guardian writes, “Leave unfinished works alone - let their authors rest in peace.” What do you think?

Have you ever read an unfinished novel? These books were all incomplete when the authors died.

Prime minister of Britain, a soldier, writer, and politician, Winston Churchill has had hundreds of books written about him. This selection includes ten books about Churchill published in the last few years.

Troublesome Young Men: The Rebels Who Brought Churchill to Power and Helped Save England
By Lynne Olson
Olson presents a riveting history of the daring politicians who challenged the disastrous policies of the British government on the eve of World War II, describing in dramatic detail the public unrest that erupted as people realized how ill prepared the nation was to confront Hitler.

Blood, Toil, Tears and Sweat: The Dire Warning
By John Lukacs
A bestselling historian considers Churchill's first speech before Parliament after he became Prime Minister – a speech that transformed both Churchill and the nation he had come to lead.

Common Grounds book group gathered on a snowy Saturday to wander the halls of Tobias Wolff’s debut novel, Old School. Christa and Michael both liked the selection and wished more readers had braved the weather to discuss it.

From astronauts to engineers and other space pioneers, these ten biographies help tell the story of the Space Race.

The Right Stuff
By Tom Wolfe
The first Americans in space--Yeager, Conrad, Grissom, and Glenn--battle the Russians for control of the heavens and put their lives on the line to demonstrate a quality beyond courage, in this classic by Wolfe.

Are you working 24/7 because you can’t unplug from your mobile phone or the Internet? Technology has blurred the lines between work and home, affecting everything from how we use our time to how we relate to one another. These books examine technology’s impact on our society, culture, and economy.

Elsewhere, U.S.A.: How We Got from the Company Man, Family Dinners, and the Affluent Society to the Home Office, BlackBerry Moms, and Economic Anxiety
By Dalton Conley
The division between work and home has been all but demolished, replaced by a weightless, wireless economy that encourages work at the expense of leisure. Conley, a preeminent social scientist, provides an X-ray view of the nation's new social reality.

In this current school year, more than 6,200 Teach for America corps members are teaching in America's neediest communities, reaching approximately 400,000 students. These books discuss the Teach for America experience and model or examine urban education in general.

One Day, All Children: The Unlikely Triumph of Teach For America and What I Learned Along the Way
By Wendy Kopp
Not just a personal memoir, this is a blueprint for a new civil rights movement that demands educational access and opportunity for all American children.

I imagine this book award slipped by you: the Diagram Prize for Oddest Book Title of the Year. Sponsored by The Bookseller magazine, anyone can nominate a book title for this prize and votes by the public are tallied online. It has nothing to do with content and everything to do with, well, title oddity.

The Bookseller recently announced the 2008 winner – The 2009-2014 World Outlook for 60-miligram Containers of Fromage Frais – which beat out Baboon Metaphysics, Strip and Knit with Style, and Curbside Consultation of the Colon, among others.

So, in the spirit of the Diagram Prize, here are a few titles published in 2009 that I thought might be worthy of this illustrious award. Which one would you vote for? Or suggest another title in a comment below!

The novels in these series mix up the genres with a blend of fantasy and mystery.

Dresden Files series by Jim Butcher
Meet Harry Dresden, a professional wizard and investigator with a consulting practice in modern-day Chicago. Dresden’s profession offers him little money, lots of mockery, the suspicion of his magical colleagues, and plenty of danger.

Pick up a book by award-winning author Sandra Cisneros or discover a novel that you might like if you enjoy Cisneros’ work in this recommended book list. Cisneros visits the Library on April 16, 2009, to celebrate the 25th anniversary of the publication of her classic The House on Mango Street.

The House on Mango Street
By Sandra Cisneros
In a series of vignettes stunning for their eloquence, this is the story of Esperanza Cordero, a young girl growing up in the Latino section of Chicago with all its hard realities of life. She captures her thoughts and emotions in poems and stories in order to rise above the hopelessness and create a space for herself. 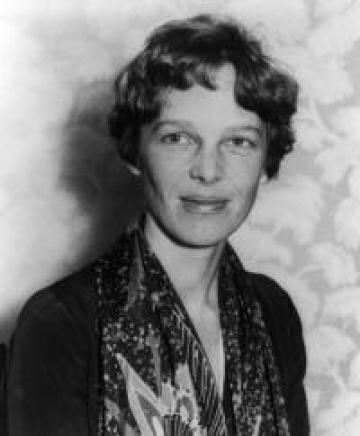 Get to know the pioneering aviatrix Amelia Earhart in these books about her life and career or pick up a novel centered on her mysterious disappearance.

Amelia Earhart: A Biography
By Doris L. Rich
She died mysteriously before she was forty. Yet in the last decade of her life Amelia Earhart soared from obscurity to fame as the best-known female aviator in the world. Rich's exhaustively researched biography downplays the "What Happened to Amelia Earhart?" myth by disclosing who Earhart really was – a woman of three centuries, born in the 19th, pioneering in the 20th, and advocating ideals and dreams relevant to the 21st. 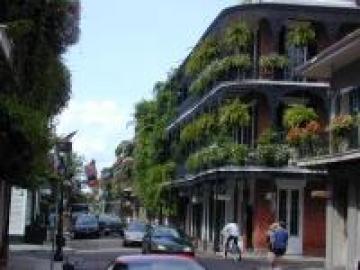 These ten nonfiction books explore the impact of Hurricane Katrina on New Orleans and examine recent concepts in urban planning.

What is a City?: Rethinking the Urban after Hurricane Katrina
Edited by Phil Steinberg and Rob Shields
Dr. Jacob Wagner contributed to this collection of articles that examines the question, “What is a city?” Authors include urban planners, architects, policymakers, and geographers across many disciplines.

Learn all about Sacagawea (sometimes spelled Sacajawea), the Shoshone woman who accompanied Meriwether Lewis and William Clark on their famous expedition, or Lewis and Clark in these books at the library.

Related Event:
Stephenie Ambrose Tubbs discusses her book Why Sacagawea Deserves the Day Off and Other Lessons from the Lewis and Clark Trail, Apr. 9

Veterans and their families write about their experiences with the military, especially in Iraq, in these books at the Library.

Eyes on the Horizon: Serving on the Frontlines of National Security
By General Richard Myers with Malcolm McConnell
General Myers, Chairman of the Joint Chiefs of Staff from 2001-2005, sets the record straight about the planning and execution of the Iraq War, and offers new ideas for tightening America's national security.

American Soldier
By Tommy Franks with Malcom McConnell
General Franks retraces his journey from a boyhood in Oklahoma and Texas through his heroic tour of duty as Commander-in-Chief of the United States Central Command.

Check out some of the poetry, prose, and plays written by Langston Hughes, the Missouri-born writer who became a leader of the Harlem Renaissance, or learn more about his life and work in these books at the library.

What would you ask Langston Hughes?

Selected Poems of Langston Hughes
By Langston Hughes
Langston Hughes's poetry launched a revolution among black writers in America. The poems in this volume were chosen by Hughes shortly before his death in 1967 and encompass work from his entire career.