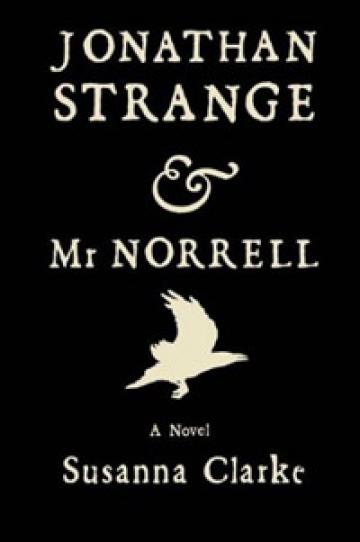 Whatever happened to English magic? That question’s at the heart of Jonathan Strange & Mr. Norrell, a Suggested Reading in the 2011 Adult Winter Reading Program at the Kansas City Public Library. In the first in a series of videos highlighting books that fit the program’s Altered States theme, we talked with librarian Katie Mediatore Stover about this tale of magicians in 19th century England. 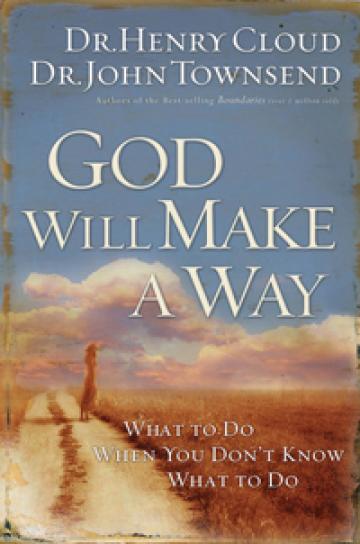 It's always encouraging to come across an inspirational book that discusses human relationships in relation to biblical perspectives. God Will Make a Way is one of the rare books that combine biblical wisdom, psychology, and practical suggestions on how to develop and improve relationships.

Chosen as the March/April reading selection for the Inspirational Book Group at the Westport Branch,  God Will Make a Way: What to do When You Don't Know What to Do recommends eight principles for dealing with persistent life problems that might at first appear hopeless. The eight principles are included in Part I of the book. Part II reveals the principles at work in areas of life such as dating, marriage, parenting, addictions, and depression.

Authors Henry Cloud and John Townsend have worked as clinical psychologists, motivational speakers, and radio hosts of the nationally broadcast program, New Life Live! Their book is packed with real-life stories drawn from their extensive experience in the field of psychology and counseling. The book also includes interesting anecdotes from the authors' own personal lives. 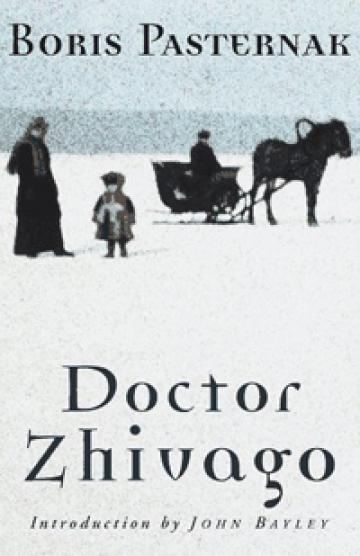 When January rolls around, I’m often tired already of winter. And, by then, it has dawned on me that there’s a long hard time ahead before spring. Wanting something to read that fit that spirit of desperation (with a determination to see it through), I decided it was the right time to read a Russian novel. Nothing says "heroic determination in difficult circumstances" like a long Russian novel. 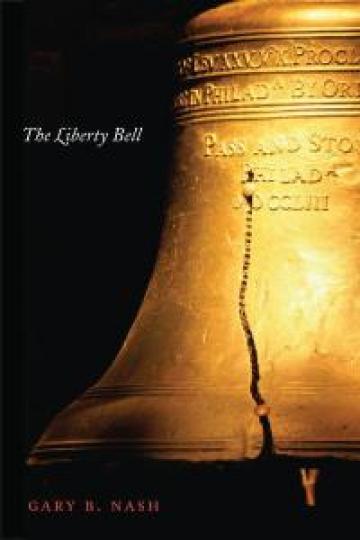 I have an unusual relationship with the Liberty Bell. It almost got me arrested. I was in Philadelphia on business, and a group of us were walking around the city late at night when we passed Independence Hall. I wanted to take a picture of the patriotic relic and stepped up to the fence surrounding the enclosure.

I couldn’t get close enough, so I climbed the fence, swung a leg over to keep my balance, and perched to get a better angle.

And that’s when I heard shouts and heavy footsteps moving quickly in our direction and felt my buddy Andrew grab me and pull me off the fence.

Apparently, it’s a federal crime to get too close to national treasures. Or so the federal guards told me.

Every year, more than 2 million visitors line up to view this flawed mass of metal that is over 250 years old. This silent icon of American history captivates Americans and international fans, and Gary B. Nash's The Liberty Bell is an accessible and intriguing biography of a bell to satisfy any history buff.

Read more
Book Review: The Wind Blows Through the Doors of My Heart 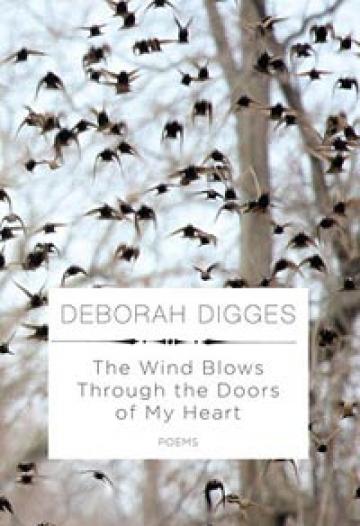 Many of us have a time of year, a place, or a memory, which makes us feel quiet and introspective, no matter how busy our lives or our minds are spinning. Deborah Digges’ latest volume of poetry, The Wind Blows Through the Doors of My Heart, is a book which captures a piece of that feeling in a way that is warm, passionate, and calm at the same time.

Through these poems, we are reminded that we have room to look at ourselves slowly, while the world around us may grow wildly and too fast.

The Wind Blows Through the Doors of My Heart is a thin volume; the poems are lightly written in free-verse. But something familiar finds a connection here: birth as the process of a seed, a person, being given life too early, or perhaps too late; the perpetual mystery of losing someone who has become precious to you; different and beautiful ways of discovering peace. 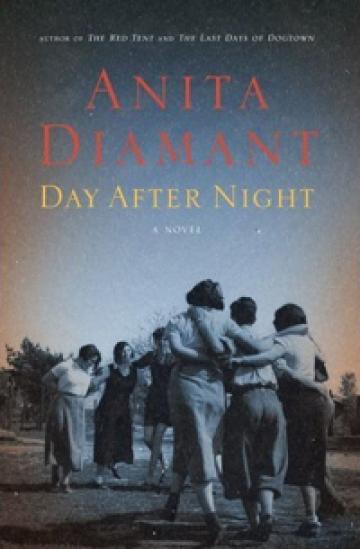 Most people know little about the fates of survivors and refugees of the gruesome events of World War II. But in Day After Night, Anita Diamant’s 2008 novel, little known historical events are brought to vivid life. The Barista’s Book Club at the Plaza Branch read Day After Night in November, and found it brought out a lively discussion.

Best known for retelling the stories of biblical women in her 2007 book The Red Tent, Diamant again tells the story of a group of women – this time basing her story on the actual historical events surrounding the mass breakout of a detention center for Jewish refugees who were attempting to enter Israel as that country was being established in late 1945. 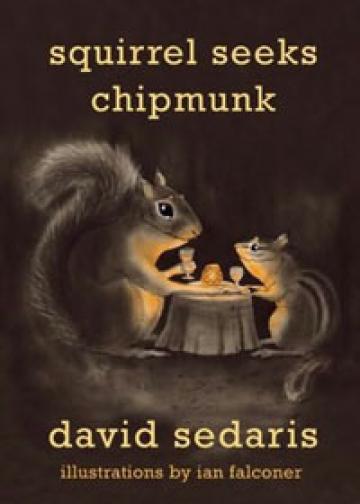 Dark, twisted and strange, Squirrel Seeks Chipmunk: A Modest Bestiary is the newest offering by humorist and author David Sedaris. A collection of short stories in which all the characters are animals that personify human failings, it reads like Aesop meets Quentin Tarantino.

Some readers may love this book, but be warned, if you are a Sedaris fan, this is not your typical Sedaris book (if there is such a thing). While his other writings, like Naked and Dress Your Family in Corduroy and Denim, often focus on his funny, off-beat personal and family situations, Squirrel Seeks Chipmunk is vulgar, violent, bizarre, and at times even stomach-turning.

This small compilation of 16 stories begins with “The Cat and the Baboon,” which centers on a gossiping baboon beautician and her cat client who needs a good grooming. What is the point of this opening piece? In Sedaris’s own words (albeit, toned-down for this blog), it’s to determine the “fine line between licking” – ahem, one’s posterior – “and simply kissing it.” 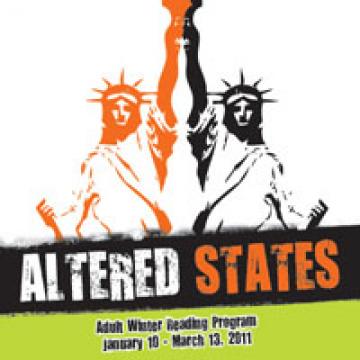 Before getting to staff picks and recommendations for Winter Reading, a definition of the Altered States is needed:

The timeline of human history presents innumerable crossroads, junctions where individual actions proved decisive – perhaps even more so if these actions were altered even slightly. This premise has proved irresistible for authors of such stature as Mark Twain, Margaret Atwood, and Ray Bradbury. Novelists habitually manipulate time and transform our world, twisting its shape and cultures and characters to conform to their own imaginations and authorial ambitions. The resulting conflicts are insightful and rewarding – and the best examples ring true. 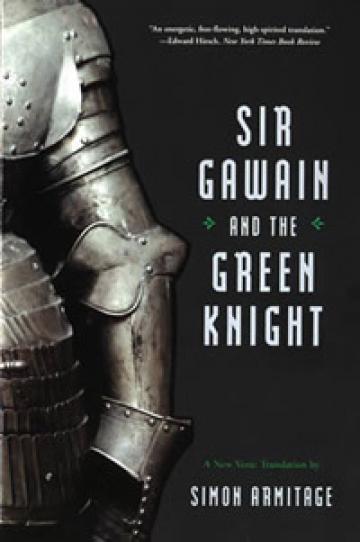 When we’re coming up to the Christmas season, my wife and I spend a lot of our TV time watching Christmas-themed movies – I bet we have about dozen such films we watch every Christmastime. For this month’s Classics Reviewed blog, then, I wanted to pick something that was seasonally appropriate – but not too obvious.

Dickens’ novella, A Christmas Carol, was out; most people are already quite familiar with it. Racking my brain, I came up with this epyllion (mini-epic) of the 14th c.

Sir Gawain and the Green Knight comes to us from a single manuscript (Cotton Nero A x [contact me for more information on the name]), owned by the same man who owned our only copy of Beowulf (a.k.a. Cotton Vitellius A xv), Sir Robert Cotton. In addition to this poem, the manuscript also contains some short poems, “Pearl,” “Purity,” and “Patience.” The unknown author of Gawain is sometimes called the Gawain poet, and sometimes the Pearl poet. 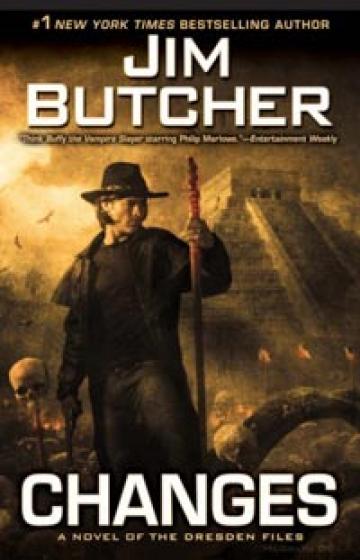 What’s fantasy, you ask? There’s no single, accepted definition, but the giveaway is usually magic. Whether it’s The Lord of the Rings or Buffy the Vampire Slayer, if the world described in the book features some difference from Earth that is the result of magic or other unexplained phenomena, you’re probably holding a fantasy novel. 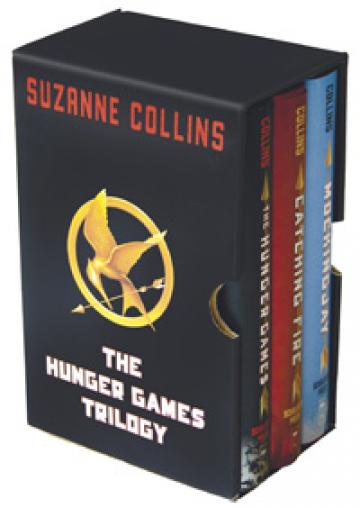 Drawing inspiration from sources such as 1984 and The Running Man, as well as the gladiatorial games in ancient Rome, Suzanne Collins raises the bar in the dystopia genre with her gripping trilogy about survival and mass media gone too far.

In the not-too distant future, society has collapsed. Risen from its ashes is Panem, a collection of city-states, “districts,” held together under iron-fisted totalitarian rule. Districts close to the capital benefit from that nearness by having a higher quality of living, faster services, and luxuries. But life in the outer, poorer districts is a grim scramble just to meet basic needs, to make it from one week to the next.

Read more
Book Review: 101 Places Not to See Before You Die 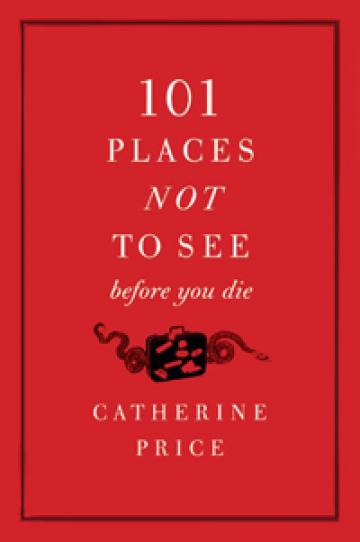 Don't go there. Seriously, don't go there. Wondering where to take your next road trip or how to squander those frequent flyer miles? Instead of suggestions for where you should visit, how about a list of places to avoid?

Catherine Price has cobbled together a host of hotspots (not) on the road less traveled, and best they stay that way. If you're one of those travelers who prefers to go off the beaten path you need 101 Places Not to See Before You Die.

Some of these locations will require a passport and some simply an overactive imagination. Price has listed some actual places in her travelogue of decidedly untropical locales, and some she’s made up or can’t prove exist. Such as “The Room Where Spam Subject Lines are Created” or “Hell.”

Price is fairly certain that there must be some staff lounge somewhere with too much Mountain Dew and three hyper guys thinking up intricate ways English can be manipulated to capture your attention while scanning your email. And she doesn’t know about you, but she has no plans to visit Hell or any of its circles any time soon. 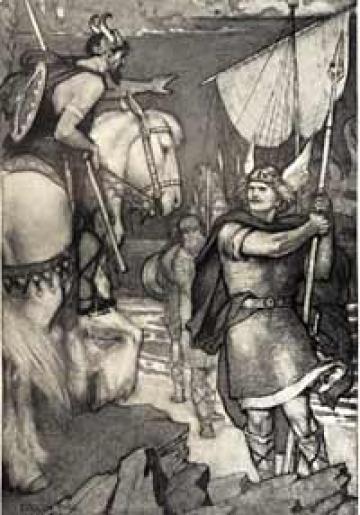 If your only experience of Beowulf is the 2007 3-D film, there’s one thing you know for sure – Grendel’s mom is hot! That film rather imaginatively recast the monstrous swamp mama as Angelina Jolie. I like eye candy as much as the next moviegoer, but the film’s creators were quite misleading. 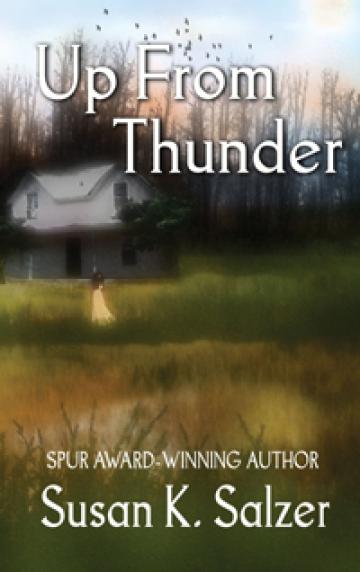 Hattie heard the strangers approaching long before they reached her father’s tobacco farm. The groan of straining wagon wheels. The thudding of horses’ hooves on the hard Missouri dirt. And as she lay worrying and waiting for what was to come, she looked out of her upstairs window until she finally saw their shadowy shapes form at the edge of the yard.

She crept out of bed and headed downstairs, wondering who would visit their home in the middle of this stifling August night night. Was it a neighbor in need or a band of raggedy soldiers seeking shelter?

Hattie, the heroine of Susan Salzer’s dramatic Civil War-era novel Up From Thunder, was about to find out.

Outside, she heard men yelling and Pa’s scuffled footsteps on their warped wooden porch. The front door flew open like it had been forced by an invisible wind, and a group of scruffy men with guns hurried a fellow rider inside. They marched him up to the tiny attic with a large trail of blood following behind them.

Through the light of Pa’s flickering lantern, she looked at the face of the wounded man as they carried him by. He was pale, but handsome, with sharp cheekbones and a boyish face. She had no idea who he was, and she turned to Pa quizzically. He looked back with worried eyes and whispered, “Hattie, I am going to need your help.” 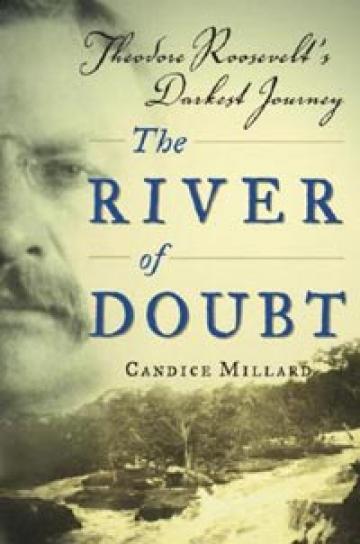 This past October, the Barista’s Book Club voyaged from the Plaza Branch to the darkest heart of South America via The River of Doubt, a fascinating account of Theodore Roosevelt’s exploration of the Amazon River.

This book not only offers a riveting characterization of Roosevelt, it evokes the mysterious untamed beauty of the Amazon Rainforest in the early 1900s.

Kansas City-based author Candice Millard's description of the Amazon is mesmerizing in its historical and geographical detail.  You feel transported to this incredible place with its endless amounts of rain and thick, almost impenetrable foliage, in which the most interesting inhabitants thrive. Millard describes flesh-eating piranhas, wild monkeys, deadly snakes, endless species of insects and unbelievably primitive indigenous Indian tribes, who wear little to no clothing, shoot poisonous arrows and practice cannibalism.